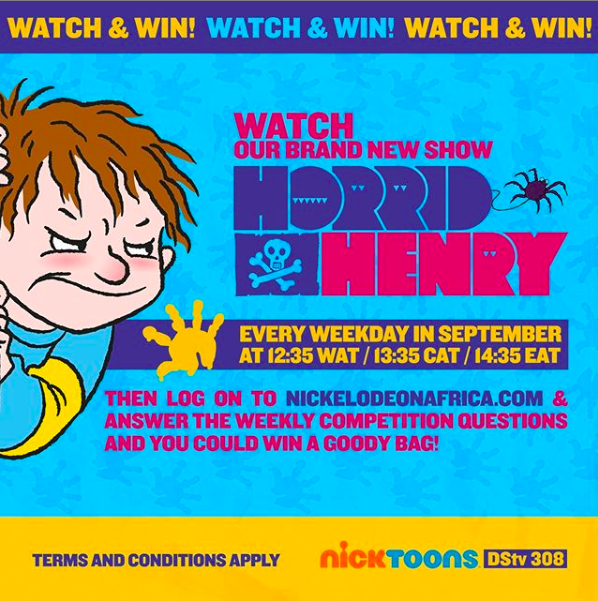 The Horrid Henry watch and win competition which premiered on Nicktoons on September 1 is a competition that encourages kids to watch and stand a chance to win amazing prices.

Horrid Henry tells the story of a young boy who is quite filled with mischief and is always associated with trouble.

To enter the competition, kids have to tune in to Nicktoons every day to watch an episode of the show and visit the Nickelodeon Africa Website, click on the “Horrid Henry Watch & Win” competition banner and follow the entry instructions.

Horrid Henry airs on Nicktoons, DStv channel 308. The channel is also known for its other popular shows like Breadwinners, Alvin and the Chipmunks, SpongeBob Squarepants, and others.