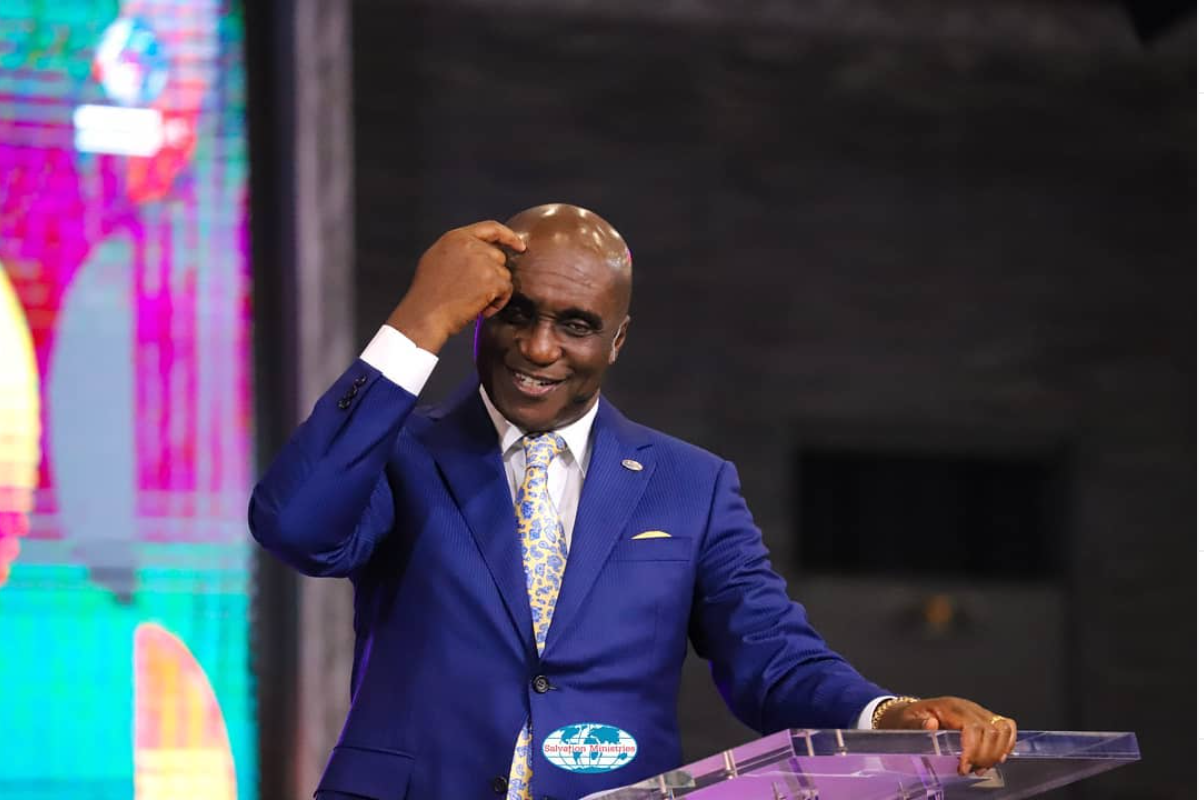 Abelejayan – someone who fries other people’s fish – is what Yoruba people call anyone who leaves his/her own luggage to carry other people’s problems on his/her head.

Now, being an ‘abelejayan‘ can land you in trouble in many ways. For instance, you could see people fighting and decide to join in the fight, then boom… you find yourself in the police station negotiating your release. Or you could join your friend in insulting that woman and then discover, a few days later, that she is the HR personnel who’s to interview you. Worst still, you could be like David Ibiyeomie, the pastor of the Salvation Ministries, who, in his bid to fry another person’s fish, decided to play God.

Back gist: This morning, I woke up to the trending video of David Ibiyeomie threatening to kill Daddy Freeze because, according to him, Daddy Freeze insulted ‘his father’, Pastor David Oyedepo.

Whatever you think about Daddy Freeze, and I have my issues with him. One of the good things he's been able to achieve is to demystify these gods of men. Little pressure and their unchrist-like nature shines thru.
So 'broadcaster' no bi work again? pic.twitter.com/7CJNjxlZHe

In this video, David Ibiyeomie can be seen repeatedly cursing Daddy Freeze by calling him a bastard.

It didn’t end there, he claimed he had no father, called him half-caste, and said he was born by a Somalian. As if that is not bad enough, he threatened to kill him and tear him to pieces.

When your mouth lands you in trouble

There’s a bible verse that says “If anyone thinks he is religious and does not bridle his tongue, this person’s religion is worthless.” I cannot help but wonder if Pastor David Ibiyeomie has ever read this part of his Bible. Because if he has, then he ought to realise that your religion – in this case, Christianity – is not complete if you cannot guard the words that come out of your mouth.

Let’s quickly check some of the words he used:

He’s a half-caste, from Somalia: The pastor said this more than once. In fact, he kept on mentioning the world ‘Somalian’ and I’m here wondering, so what? Why is the pastor trying to Somalia-shame Daddy freeze? What’s the big deal about being bi-racial or having a parent from Somalia?

If Oyedepo does not talk, I will talk, I can’t take it: That, right there, is the perfect definition of an abelejayan.

I will kill him: If not because our policemen are currently busy collecting 50 Naira from bus drivers or harassing people wearing dreadlocs, I’m sure that by now, Pastor Ibiyeomie will be cooling his heels in the cell. By saying “I will kill him,” our dear pastor is threatening to cause physical harm to another human – which is constitutionally wrong. Even if he had no harmful intention, this thing he has said is enough to get him a one-room shared apartment in Kirikiri should anything happen to daddy Freeze.

While everyone is hustling to come out of this pandemic alive, Pastor Ibiyeomie is fantasizing about cutting someone’s life short. To be honest, I thought this was the job of terrorists like Boko Haram, bandits, ISIS, Al-Queda, and the likes. Or am I missing something here?

Insulting pastors (or anyone) is wrong, but threatening to kill a fellow human is certainly not what Jesus would have done.

One of the most persecuted persons in the world, according to Christianity, is Jesus. Everyone seemed to hate and criticise him. Amusingly, while the world threw hate at him, he kept on speaking life to people. He never threatened to kill anyone, and he extended love to everyone, whether from Somalia or Nigeria.

In fact, while Jesus was being led to be crucified, Peter, in his overzealous self, drew his sword and cut off the right ear of the high priest’s servant. But then, Jesus healed the servant. No one is nailing Pastor Oyedepo to a cross, but his fish fryer is already threatening to kill someone for ordinary insult. Is there anyone that has died from insort?

Your pastor is threatening to kill someone on the pulpit and you’re screaming ‘ride on pastor’, what exactly are you riding? As Christians and church-goers, we have the responsibility of putting our pastors in check when they F up. Everything Pastor David Ibiyeomie said was wrong, but the encouragement of his congregation is, perhaps, more worrisome. The fact that they agree with him cursing someone repeatedly on the pulpit is worrisome. What if he then orders them to carry a knife and kill, will they do that? Yes, we love our pastors, but let’s apply common sense in everything we do.

While I recognise the fact that David Ibiyeomie may never be arrested because… Nigeria, I hope that that the public backlash he is receiving on social media will encourage him to apologise to Daddy Freeze, apologise to all Christians for disgracing them, and commit to making amends in the future and becoming more Christ-like.

Richmond Bassey of Bamboo is Our #BellaNaijaMCM This Week!