Chimamanda Ngozi Adichie talks Winning Women's Prize for Fiction, US Election Results & the Passing of Her Dad with The Guardian 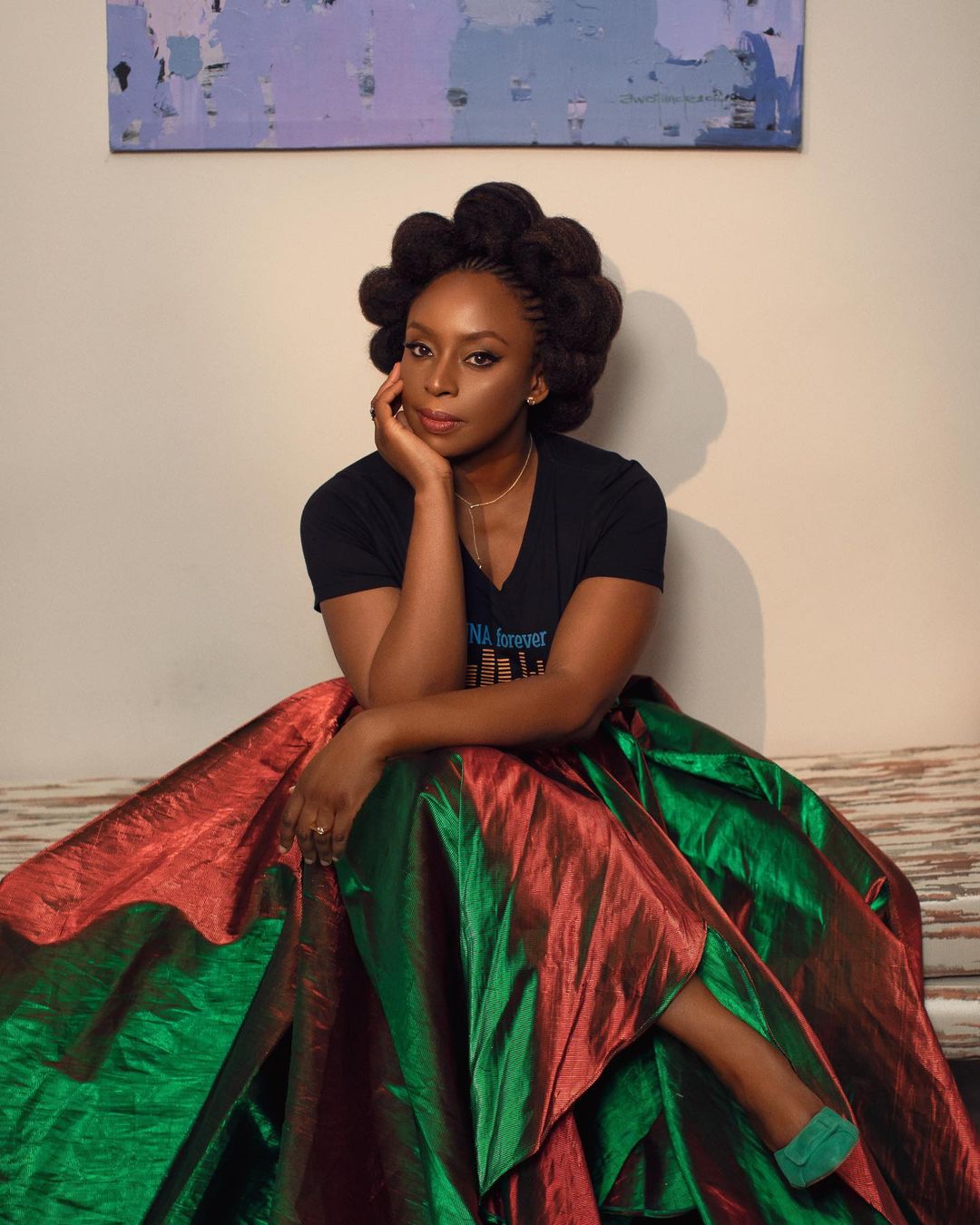 The exceptional Chimamanda Ngozi Adichie who just recently added another feather to her hat as Women’s Prize Winner of winners, in this interview with “The Guardian” talks about her win, Joe Biden‘s election as the 46th US President, the loss of her dad and generally, the highs and lows of 2020.

The interview which happened on Zoom a few hours after the election result was called, had Chimamanda sharing her excitement with Lisa Allardice of The Guardian. She said:

The moment that we’ve been waiting for. Everyone was calling: my best friend, my mum, my sister called, we were all sort of screaming down the phone.

On her disappointment on Donald Trump‘s strong performance, Chimamanda thinks that it is in fact, not surprising at all, stating that many people feel “very threatened both by the idea of a more inclusive, multiracial politics and women having more overt power”.

It is impossible to talk about her, about what’s happened today, without thinking about what might happen in four or eight years – that she might in fact become president. Even if just for the symbolism of it, because the symbolic nature of leadership is important.

Chimamanda has suffered her fair share of loss in 2020, losing two of her aunts and her dad, who was a Professor of Statistics. For the interview, she donned a bright purple T-shirt with “My father’s daughter” adorned in Igbo on the front, one of several she had made.

I really found this so therapeutic. It is ridiculous how many T-shirts I designed. I wear them and I feel comforted.

Noting that her father would have been the first person she told of her win, she was still pleased to have been able to share that moment with her mom.

Chimamanda went on to talk about the process of how “Half of A Yellow Sun” came to be, her father’s great contribution to the writing as she described him as an excellent storyteller, and her hero Chinua Achebe‘s forward on the book before it was even published.

On Biden, she says:

I’m really excited at the idea that the discourse across the country will not sound like childish name-calling. There’s a sadness there that this is how low the bar has sunk. When you are Nigerian there are things that are familiar to you. You don’t expect them to happen in America. Trump showed me how fragile democracy is, how fragile what we consider the norms are.

When asked if she felt hopeful for America in general, she replied:

I can’t answer that now. If I answer that today because I have a bit of a high I would lie to you.

However, the rise of the Black Lives Matter movement is a “one cause for optimism”. She asserts that the protests have “forced the conversation and forced the shift to something more tangible, forced actions. It felt like a real, raw movement. I felt like young black people were letting the pain out.”

Speaking on the criticisms she received for her comments on Trans women, Chimamanda says:

There’s a sense in which you aren’t allowed to learn and grow. Also, forgiveness is out of the question. I find it so lacking in compassion. How much of our wonderfully complex human selves are we losing? I think in America the worst kind of censorship is self-censorship, and it is something America is exporting to every part of the world. We have to be so careful: you said the wrong word you must be crucified immediately.

Maintaining her stand on JK Rowling’s article on sex and gender, which she considers “a perfectly reasonable piece”, she says, “Again JK Rowling is a woman who is progressive, who clearly stands for and believes in diversity.” She faults social media for this rush to condemn, stating that she finds it both “cruel and sad.”

And in terms of ideas, it is fundamentally uninteresting. The orthodoxy, the idea that you are supposed to mouth the words, is so boring. In general, human beings are emotionally intelligent enough to know when something is coming from a bad place.

The interview ended with Chimamanda sharing that she would re-read her book “Half of a Yellow Sun” to find the person she was when she wrote the book.

#EndSARS: Why Seun Kuti’s “Mass Meeting of a Movement of the People” Will No Longer Hold in Afrika Shrine

Davido speaks on “A Better Time”, His Vision & Legacy as He covers Guardian Life Magazine