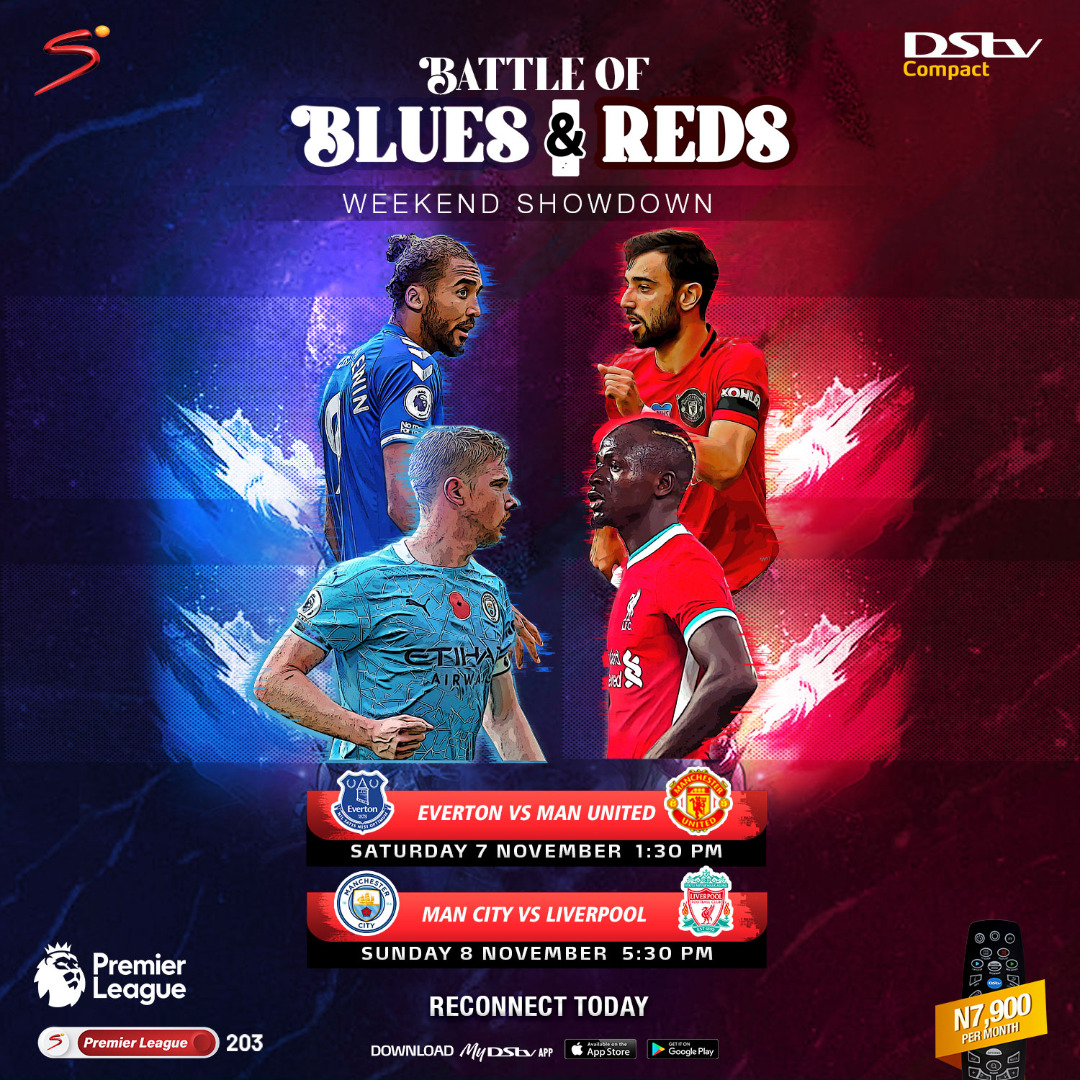 After the excitement of the UEFA Champions League, the 2020/2021 football season continued last weekend with Liverpool welcoming Manchester City in the English Premier League on Friday, November 6th, 2020.

Liverpool came into the clash on the back of a 2-1 win over West Ham United at Anfield two weekends ago courtesy of goals from Mohamed Salah and the in-form Diogo Jota who scored a hattrick in the Champions League during the week.

Man City, meanwhile, are five points adrift of the Reds on the log but have a game in hand. Two weekends ago they narrowly defeated a struggling Sheffield United 1-0 away, thanks to a well-taken goal by defender Kyle Walker.

Jurgen Klopp’ Liverpool has performed below their usual level this season, and a win against a very formidable Manchester City will be a big morale booster in their title defense. Football fans can watch this exhilarating game live on SuperSport premier league.

Elsewhere, a struggling Manchester United will travel to Goodison Park last weekend after a humbling defeat in Istanbul during the previous week and aimed to put their title charge back on track when they face a motivated Everton side coached by Carlo Ancelotti. Everton, who sit 4th place on the table with 13 points after losing to Newcastle United last weekend, will hope to return to winning ways after a series of disappointing results.

In Serie A, Lazio welcomed Champions Juventus to the Stadio Olimpico on Sunday, by 12:30 pm with hopes of causing an upset. The I Biancocelesti finished in 4th place last season with striker Ciro Immobile finishing as top scorer with 36 goals.

Lazio currently sits in 10th position, winning just 2 out of the last 5 games. Juventus is 3rd on the log with 12 points and will also be looking for a vital away win in a bid to close the gap on Serie A leaders, Milan. With the return of star player Cristiano Ronaldo, Juventus have enough firepower to see off Lazio. Other fixtures to look out for in the Serie A last weekend include Atalanta vs Inter, Bologna vs Napoli, and Milan vs Verona.

In the Spanish La Liga, Champions Real Madrid will hope to continue their winning streak when they welcome Valencia to the Santiago Bernabeu on Sunday by 9 pm. Madrid has won 4 of their last 5 league fixtures and is expected to make light work of Valencia who has only 1 win in the last 5 games.

In another fixture, 12th place Barcelona hosted Real Betis last Saturday. Barcelona has had a very torrid season, with just 1 win in the last 5 games, and are 7 points behind league leaders Real Sociedad.

Visit www.dstvafrica.com and www.gotvafrica.com to subscribe or upgrade and join in on the excitement. And while you’re on the move, you can stream matches on DStv Now.

Related Topics:DSTVGOtvUEFA Champions League
Up Next

Catch up on “The Conversation” with M.I & Vector by Hennessy Artistry – Here’s your Exclusive Scoop