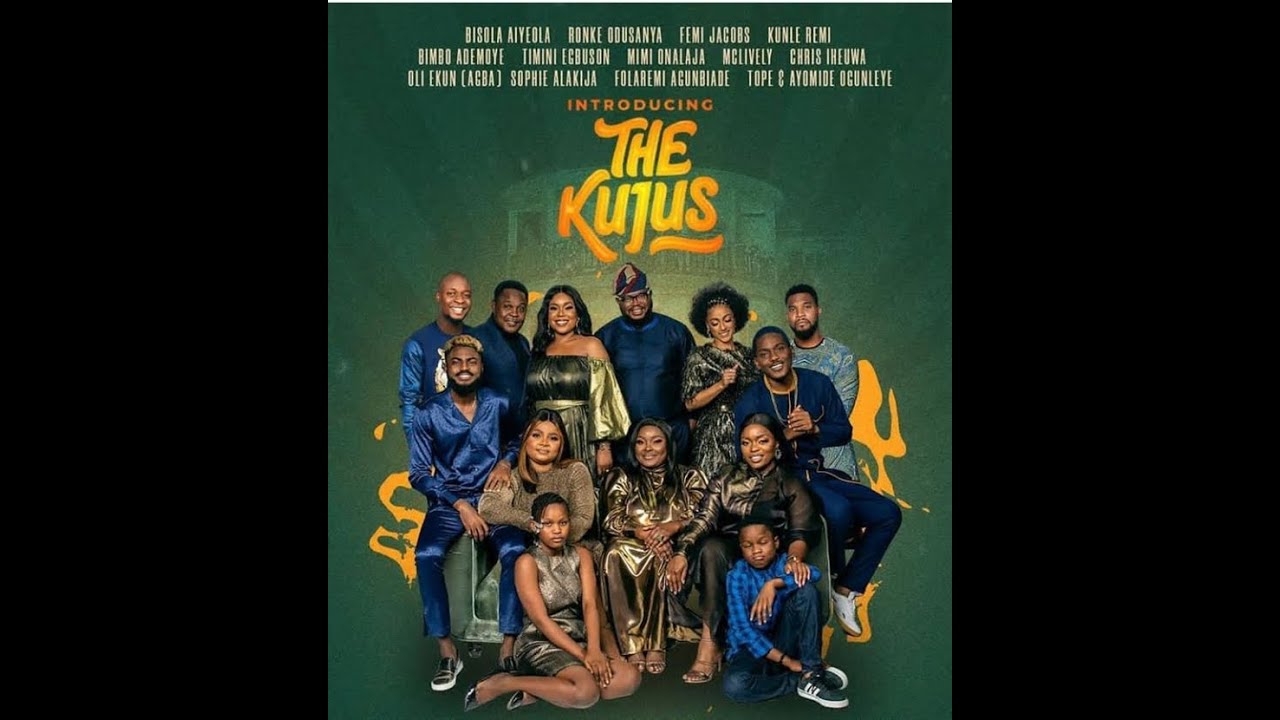 Often, I think about a line from a piece by the Nigerian author, Tola Rotimi: “Families are everybody’s first war.” Recently, I had cause to remember that line when I saw Introducing the Kujus.

At the start of the film, which is stylized as ITK, two siblings, Maugbe Kuju and Mausi Kuju, played by Timini Egbuson and Bisola Aiyeola respectively, conspire to bring the rest of their family together for their mother’s remembrance. It’s more of the latter’s idea but any guy with an elder sister knows how these things work when sisters get an idea that must come to pass. I speak from experience when I say that by bluster or by blackmail, they will get your endorsement and effort.

The resulting phone calls to lure the other siblings are hilarious as Mausi conjures some pretty amazing fibs to get the job done. One sibling is told about a chieftaincy title, another gets news of a windfall from a previously unheard-of will. This sets up a primary and secondary problem: why are the siblings so unwilling to get together? How will all of those lies get cleared up? Little by little, apparently.

The first question is unraveled over the film’s duration. It takes one excellent scene over dinner to resolve the second question – that’s if you can think of escalation as resolution. (That scene joins several great food scenes from black filmmakers, including one from the unlikely figure of Tyler Perry.) What is it about dining that leads to such heated moments in black/African cinema? My guess is that it is the one time when large families can get together and something about hunger working in synergy with anger and concealed resentments. Or maybe it’s a director’s chance to bring all of her cast to one place and build up the tension. It is probably a metaphor that the meal over which the wrangling happens in ITK is peppersoup, emphasis on the first two syllables.

The director here is Biodun Stephen, a filmmaker that has at least one clunker (Seven and a Half Dates) and some gems, notably Picture Perfect, which I reviewed some time ago. When she gets it right, she’s able to make her actors become the characters.

Although, with ITK, I think more than half the magic had occurred at the level of casting. The good-looking Kunle Remi plays a model—but not a model sibling. Femi Jacobs as Mautin is the eldest son who works as a doctor; the character’s self-vaunted importance suits the actor’s frame. Aiyeola has no real choice but to become the mischievous youngest sister – her mischief has come through ever since her time as a Big Brother contestant. As siblings, each actor matches everyone else’s energy.

Those matching energies are why I think that, perhaps, viewers and reviewers (and maybe even casting directors) should think about chemistry during quarrels in movies. In ITK, at least a part of the excellence of the quarrel scenes come down to a kind of negative chemistry. As in life, the Kuju siblings say many hurtful things to each other, and yet, there is nothing awkward about the exchanges. It’s just like in real life where your sibling’s difference in opinion is rooted still in your shared histories. The Kujus are apart but together and onscreen they radiate that negative chemistry with several polarities.

Of course, this is a holiday movie, by which I mean it is designed to end in joy. Before we get there though, there are laughs and there might be tears, you know, just like with most families. In a widely acclaimed terrible year, ITK just might be the balm cinemagoers need. See it as soon as you can.

REDTV Stars Answer some Fun Questions in this Christmas Special