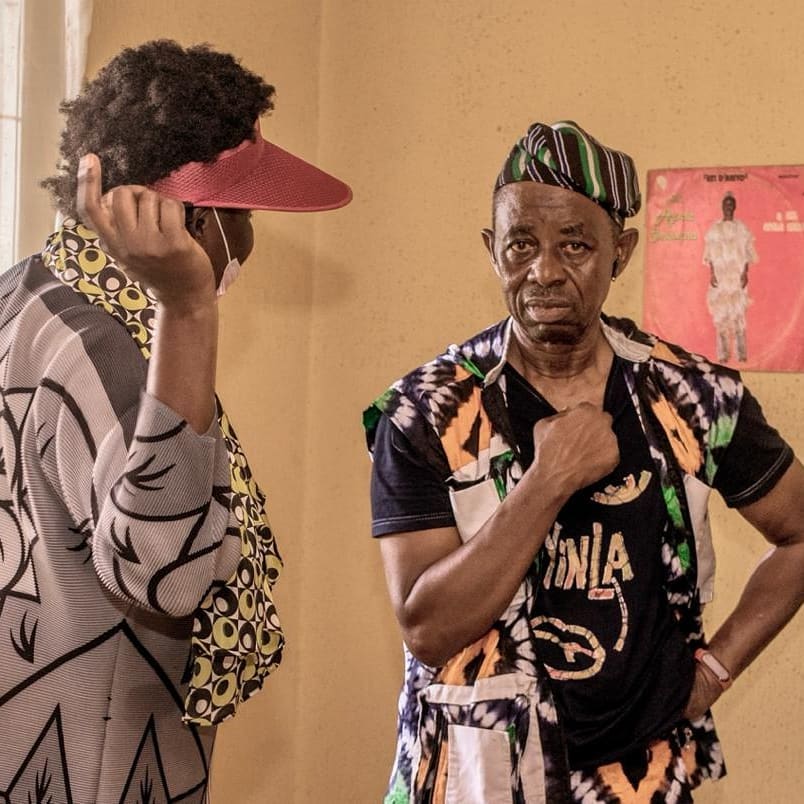 Ace-filmmaker, Tunde Kelani is adding another title to his film catalogue as he officially kicks off production on a new biopic based on the life and times of Apala musician, Ayinla Waheed Yusuf, popularly known as Ayinla Omowura.

The forthcoming biopic is titled “Àyìnlá“.

Born in 1933, Ayinla Omowura is considered to be one of the most original Yoruba musicians of post-colonial Nigeria. His music was popular in South-West Nigeria in the 70s. Sadly, he was killed by one of his band members during a brawl in Abeokuta, Ogun State in 1980, Punch reports.

The biopic will star Nollywood actor, Lateef Adedimeji as the lead character, Bimbo Manuel, Kunle Afolayan, Omowunmi Dada, Ade Laoye, and many others. 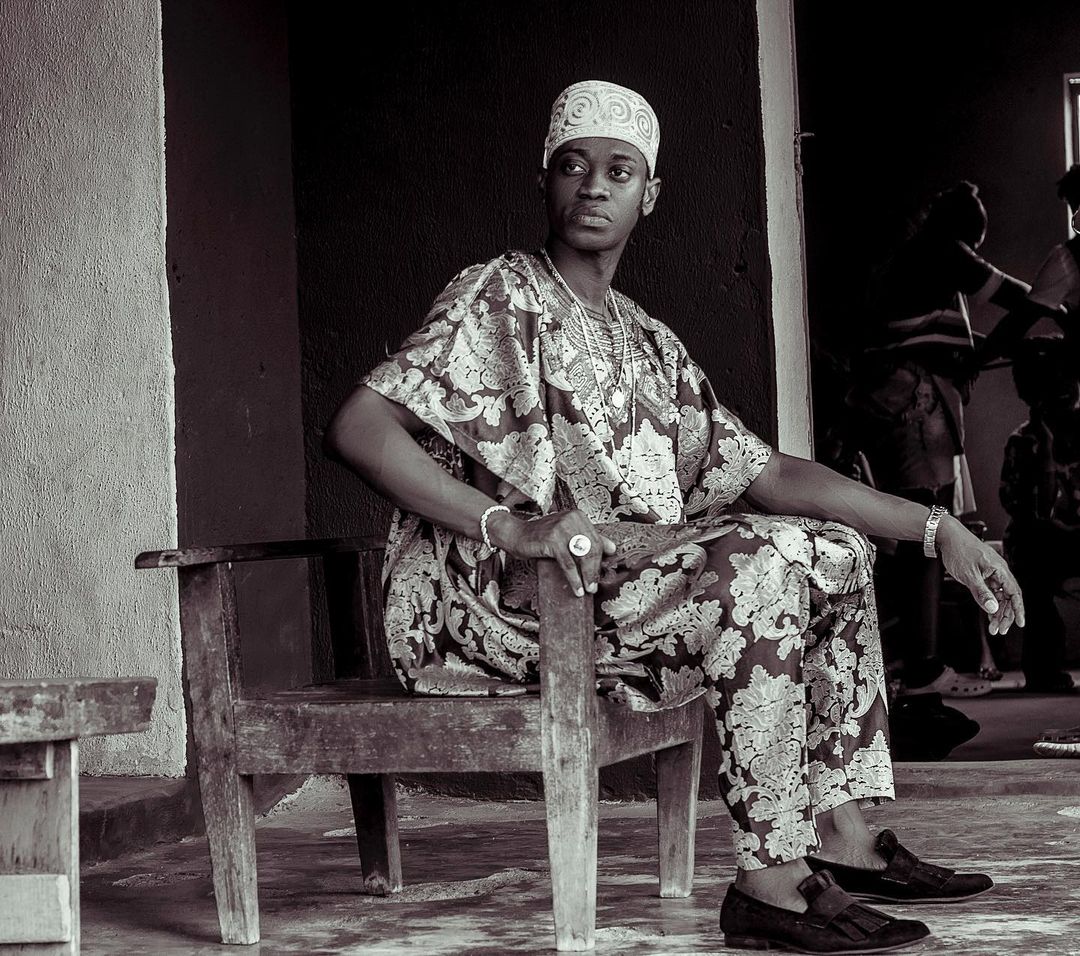 Announcing the shoot on his official Instagram page, Kelani said this is an important but unusual film by many standards. The ideation or obsession which gave birth to the movie lasted more than three years and refused to die despite twists and turns including the COVID-19 pandemic.

The movie answers questions like, ‘‘Who is Ayinla Omowura? Why is his music still relevant after his tragic death forty years ago? What is the root that nurtured his craft and music? Incidentally, he grew up in the beautiful town of Abeokuta, economic and cultural power in the western region of Nigeria’’.

Adding that the shoot coincided with two related events that were held, namely the anniversary of Tawakalitu Omowura, Ayinla’s favourite wife who passed on six years ago, and the 97th birthday celebration of Adewoke Onilu-Ola, Ayinla Omowura’s master drummer.

Giving an account on the production and his filming experience, Tunde Kelani wrote this on his Instagram page:

This is an important but unusual film by many standards.
Who is Ayinla Omowura? Why is his music still relevant after his tragic death forty years ago? What is the root that nurtured his craft and music? Incidentally, he grew up in the beautiful town of Abeokuta, an economic and cultural power in the western region of Nigeria.

The ideation or obsession which gives birth to this story lasted more than three years and refused to die despite twists and turns including the covid-19 pandemic. Officially filming starts tomorrow, while the crew, equipment, and cast are expected to arrive at the Abeokuta location base today. 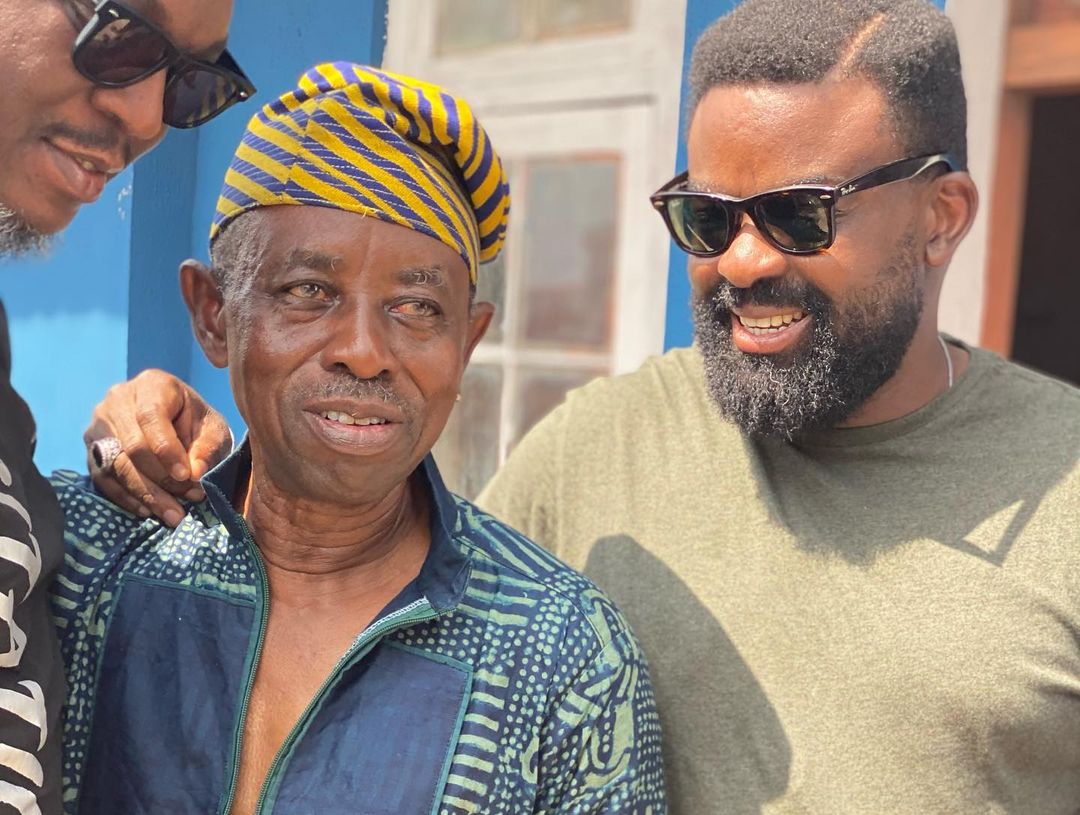 My Diary  – an Eagle in Nollywood!

For the next week or so, I intend to document and publish my experiences as a close part of the filming of Tunde Kelani’s latest flick-in-the-making, “Ayinla”.

For those that enjoy coffee-table-style literature, this is for your reading pleasure, away from the depressive news everywhere one turns to in the country.

In the almost half a Century of our relationship, I have not seen Tunde Kelani, TK, in his present mood. It is, probably, because I have, also, never been a close part of his film community on the eve of any of his major productions. This time, we have been ‘5 and 6’, tied in a knot.

TK has been ‘close marking’ me, the way Claudio Gentile marked out Zico at the 1982 World Cup. No breathing space. Everywhere Zico went on the field of play Gentile followed him like his shadow. That was the strategy Italy adopted to stop Zico.

In my case with TK, he may have adopted a similar ‘strategy’ to forestall any possible ‘escape’ for me.  He obviously remembers my versatility as an actor, thats why he is investing a lot of time on me this time😜. Pls tell him to relax and I am all set for my expanded part in the movie.

To fill up my time after playing my part, I am going to keep a diary of the highlights, telling it all, tiworo tiworo, particularly what this faded football star thinks of the experience and how well he does in Planet Nollywood.

The past two weeks have been intense, exciting and a blast. Working with TK and seeing how a movie is being put together have been a unique experience. The details in producing an epic film like ‘Ayinla’ are mind boggling.

The only subject anyone can get TK to discuss these days is the film. Every conversation starts and ends with ‘Ayinla’.  I am in his ‘prison’.

The good news is that, at last, the filming started a few days ago in Abeokuta. That has taken over his life.

Before that, TK had been prancing around like a boxer on the eve of a big fight. He reminded me of how I used to feel before a big game – restless, singleminded, anxious, poor sleep, fasting and praying, adrenalin pumping in the ve AYINLA PRODUCTION
It has been several DAYS already of intense filming and experiences. There are reasons to explain the importance of this film. Too many coincidences for example or are there invisible hands guiding us through tough moments. Certainly, there are more rivers to cross and hills to climb but we shall succeed through your support and blessings.

Check out the BTS photos: 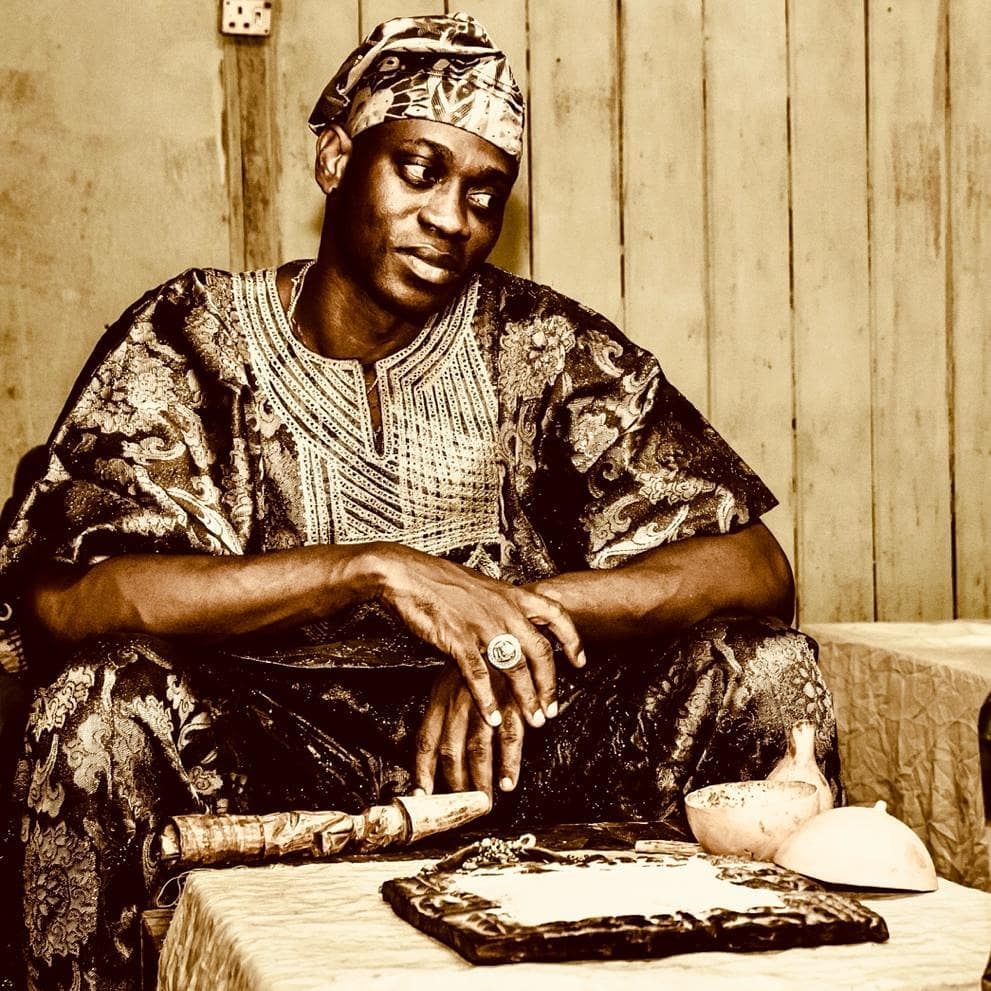 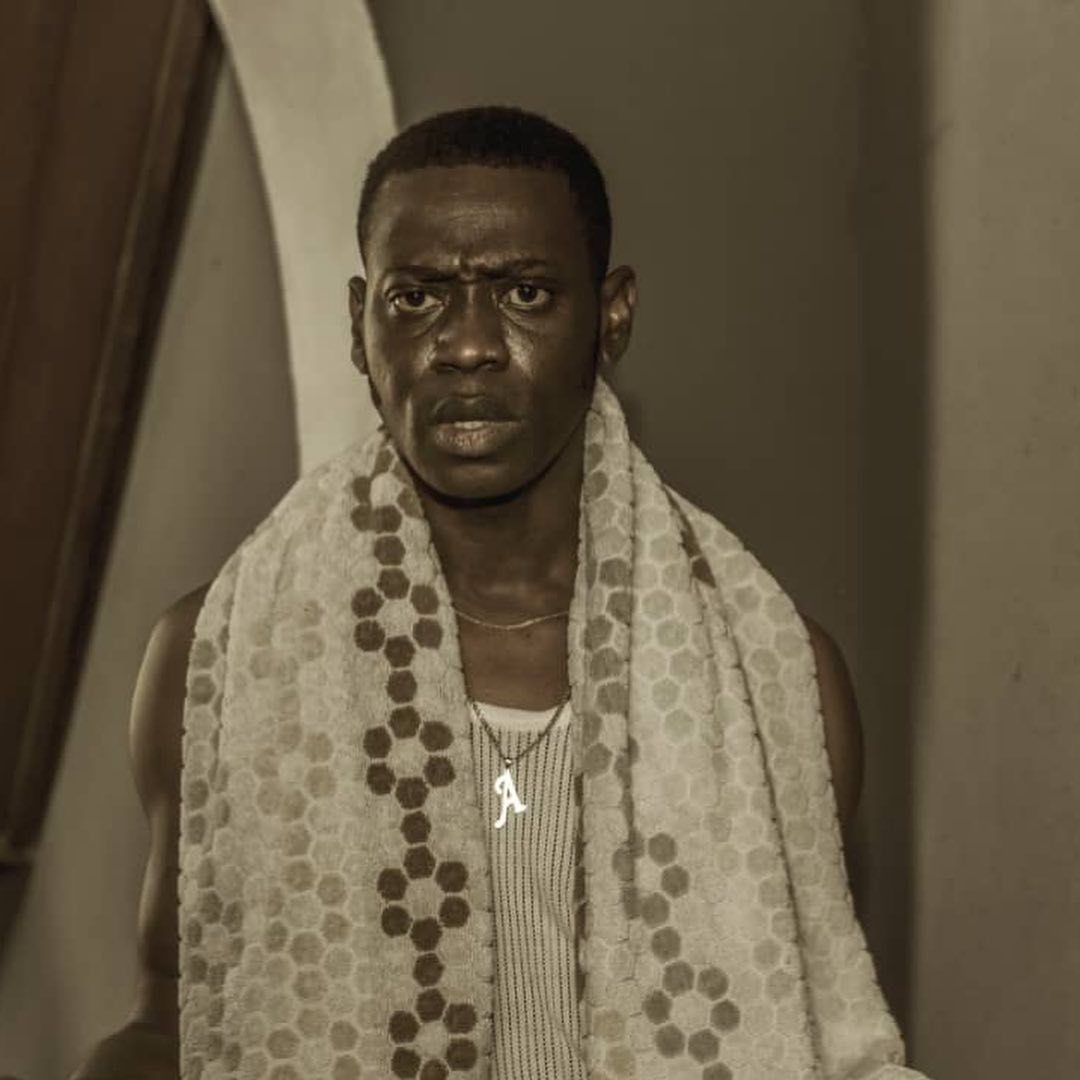 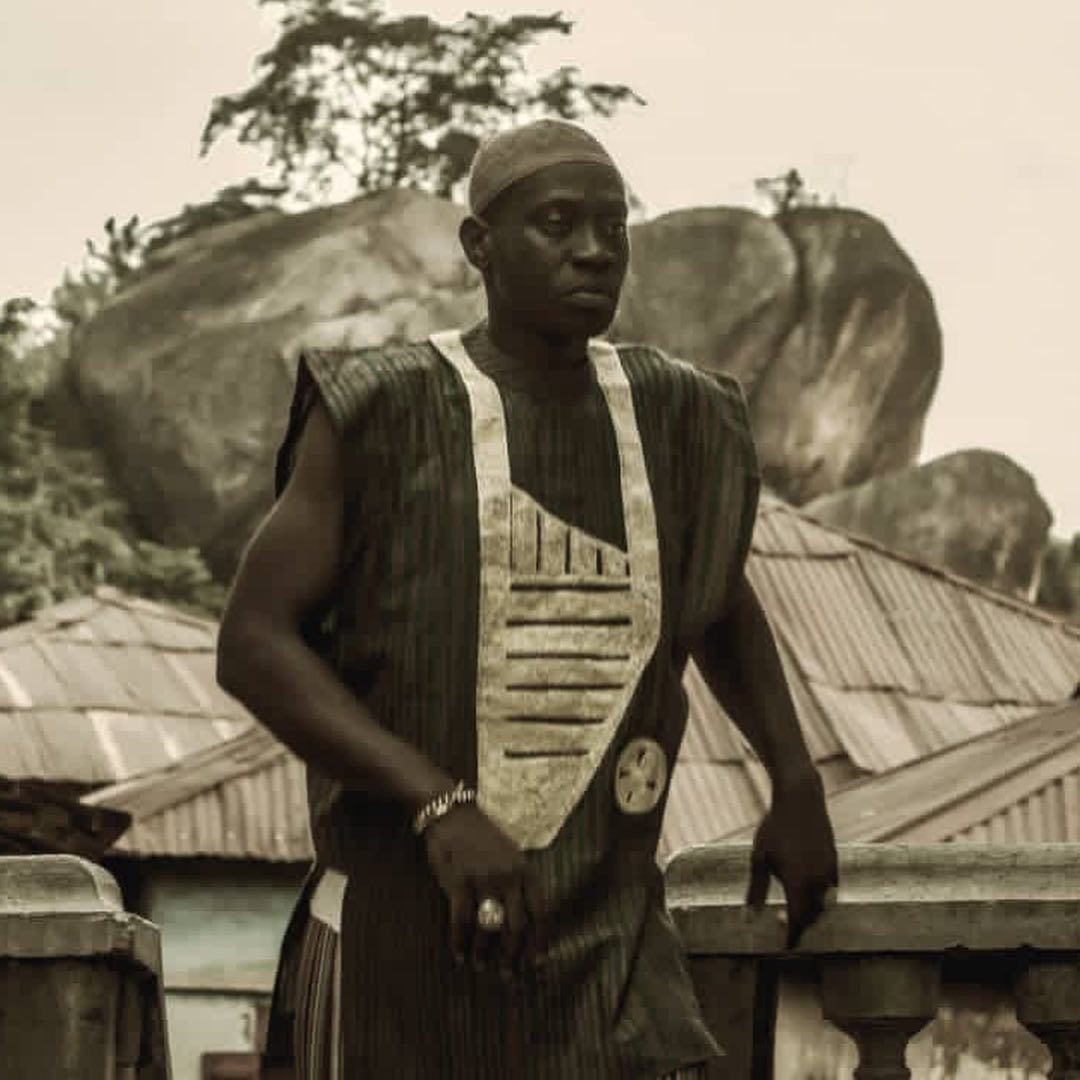 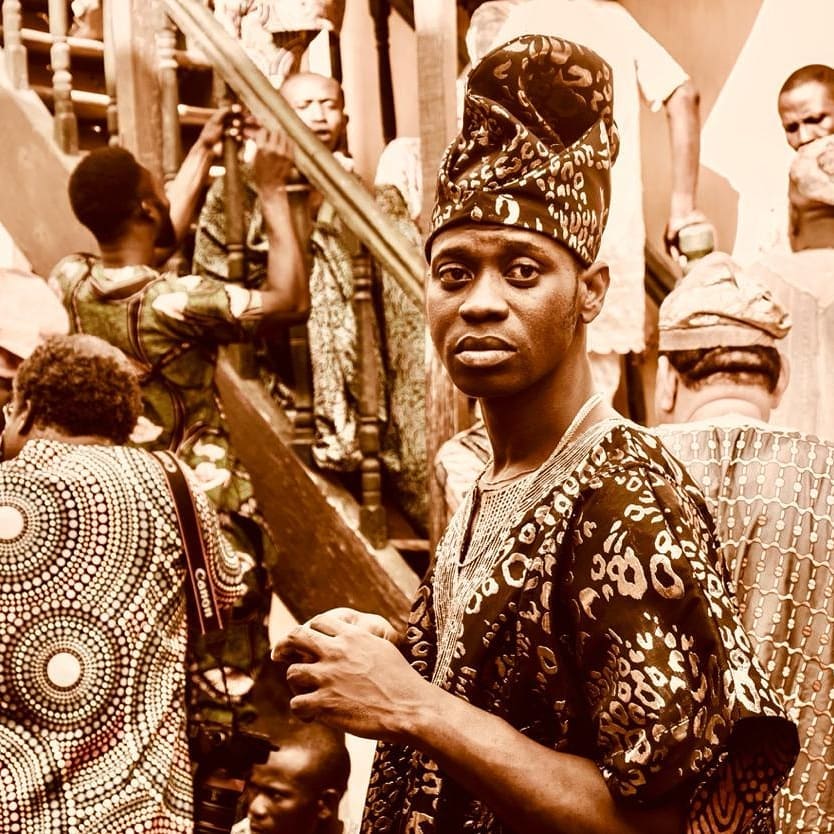 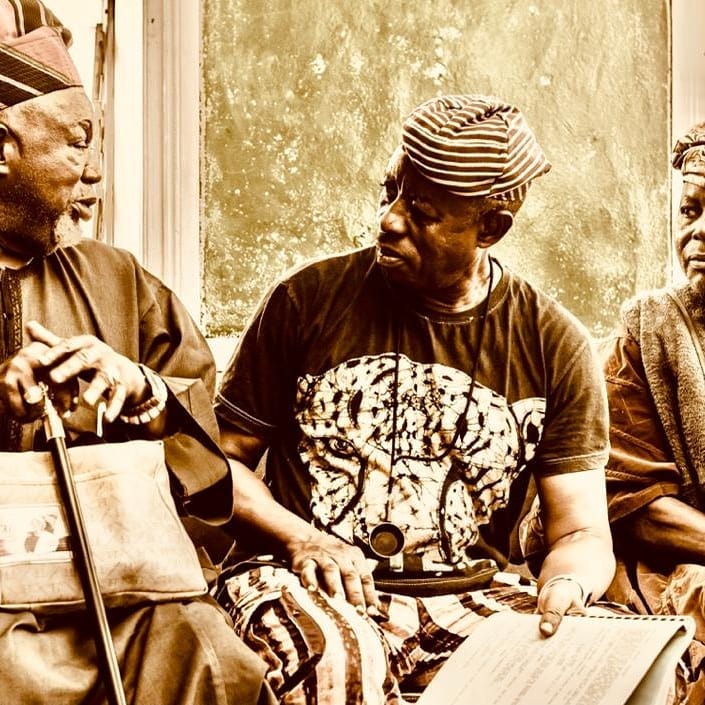 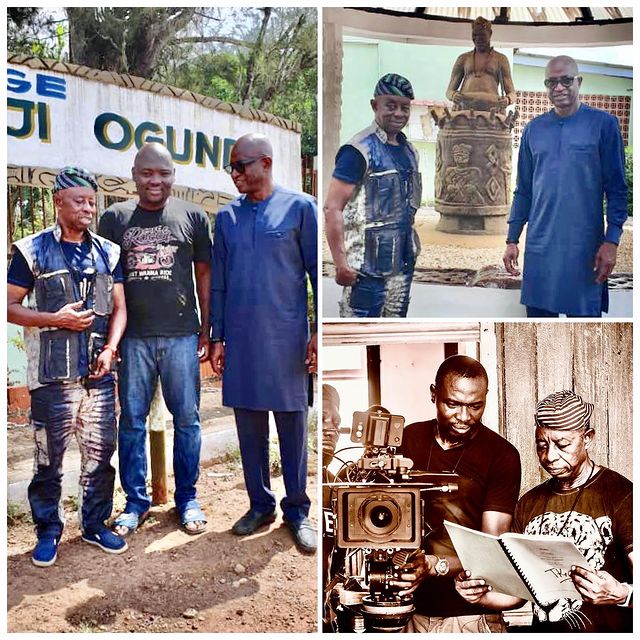 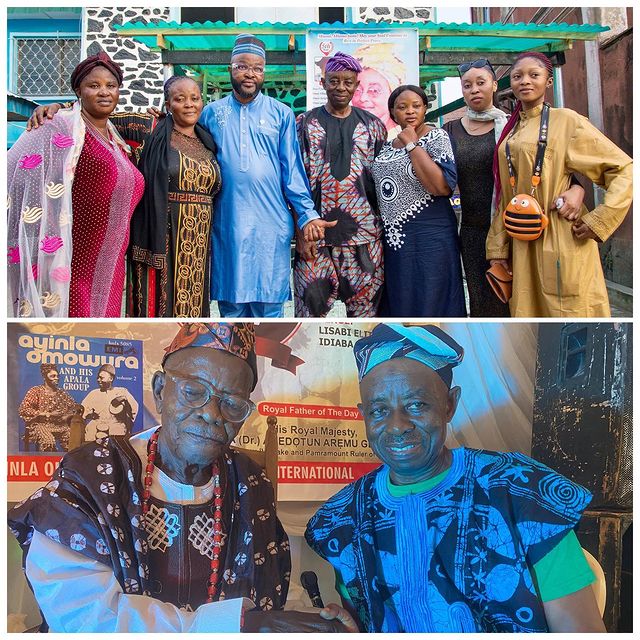 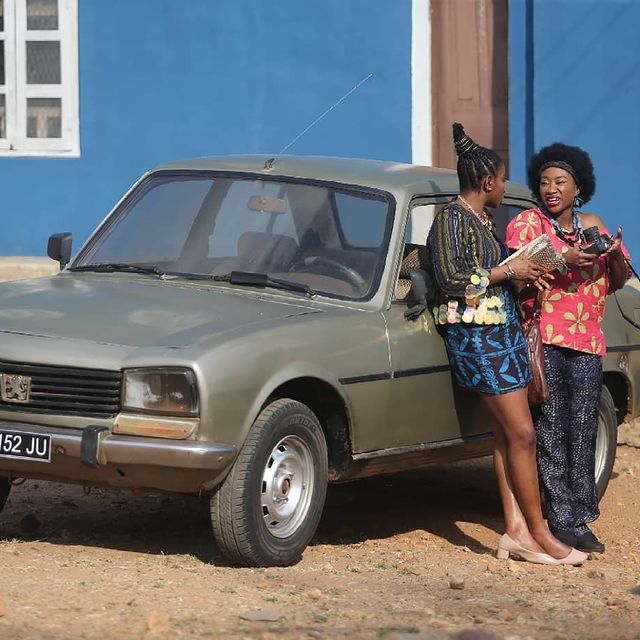 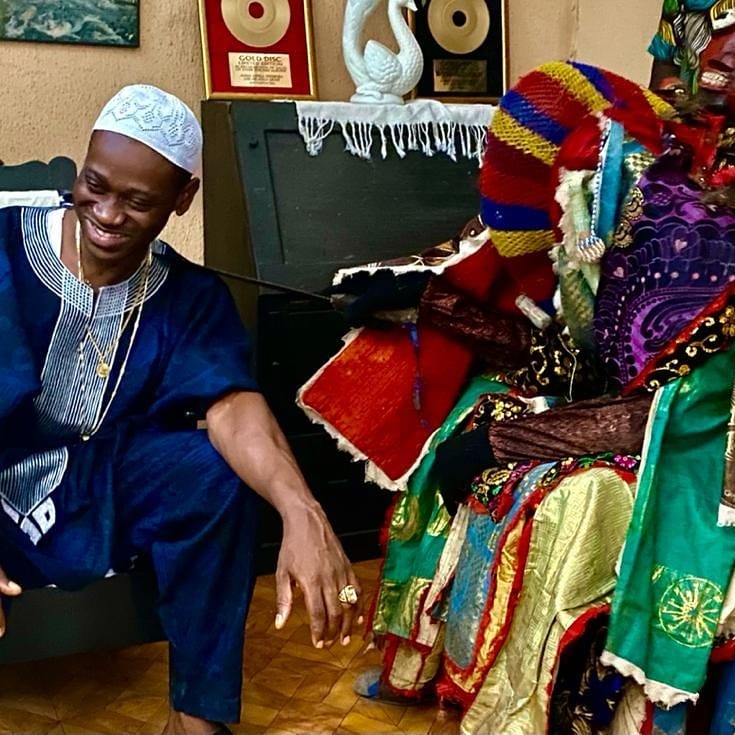 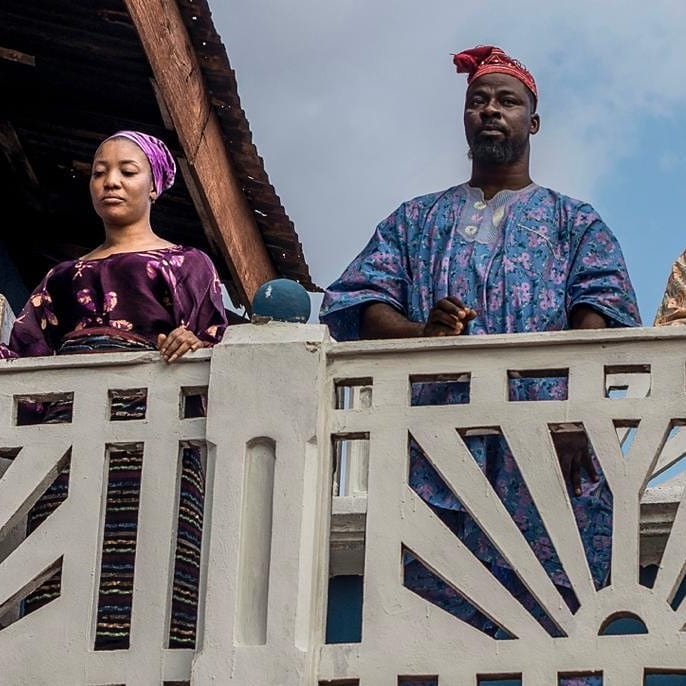 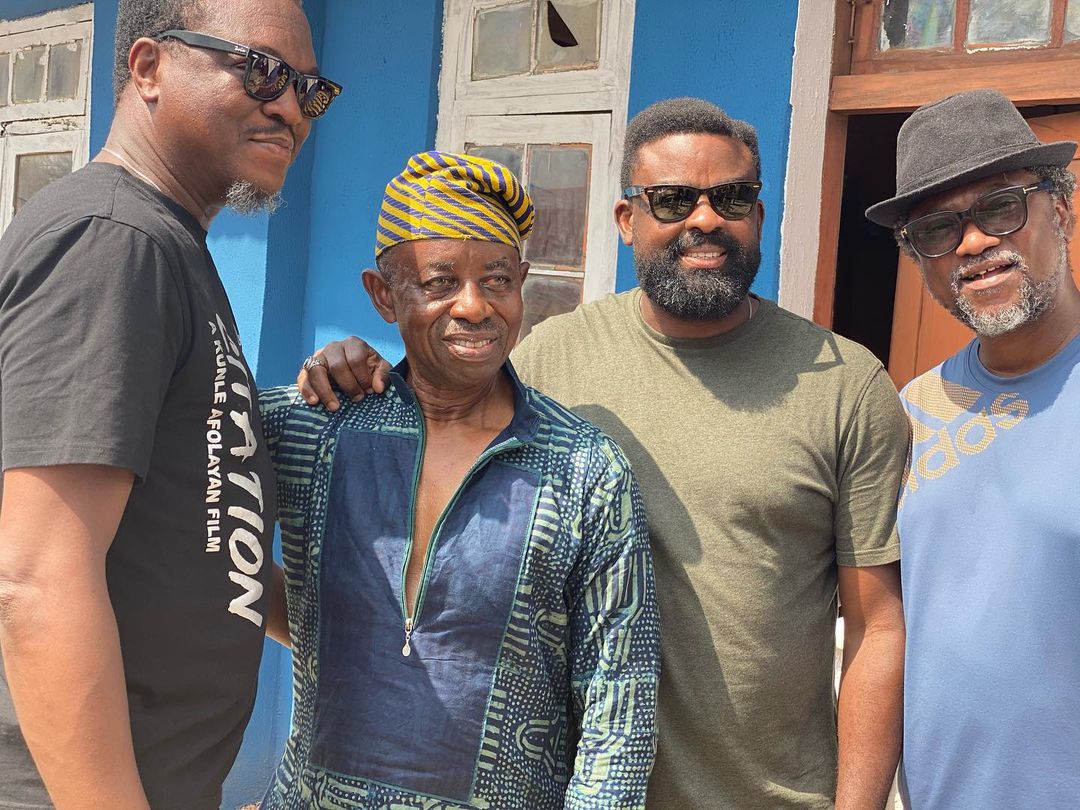 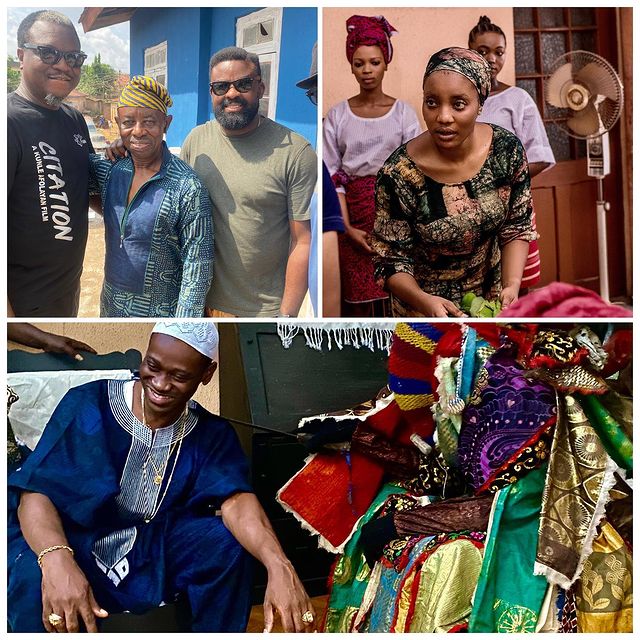 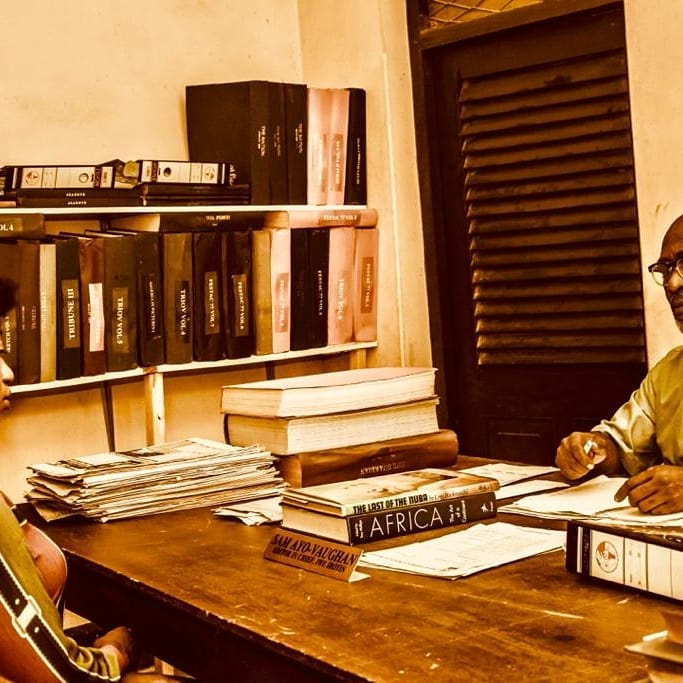 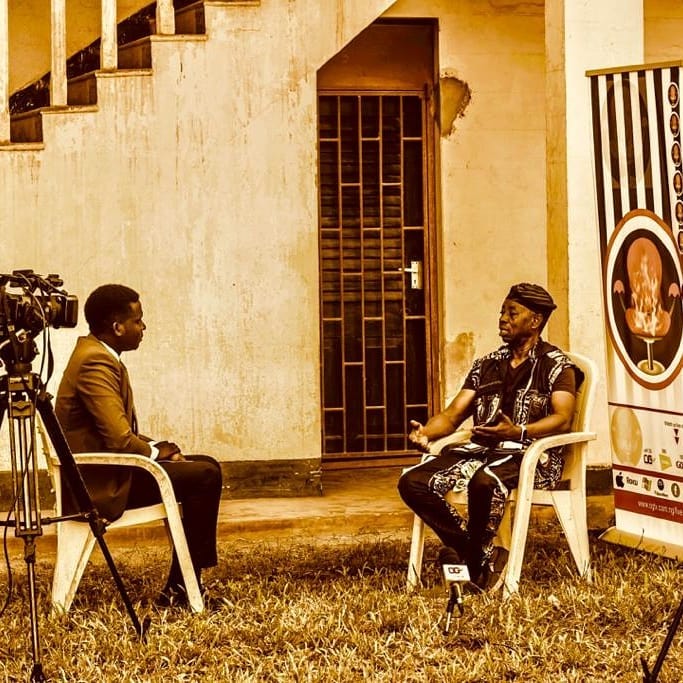 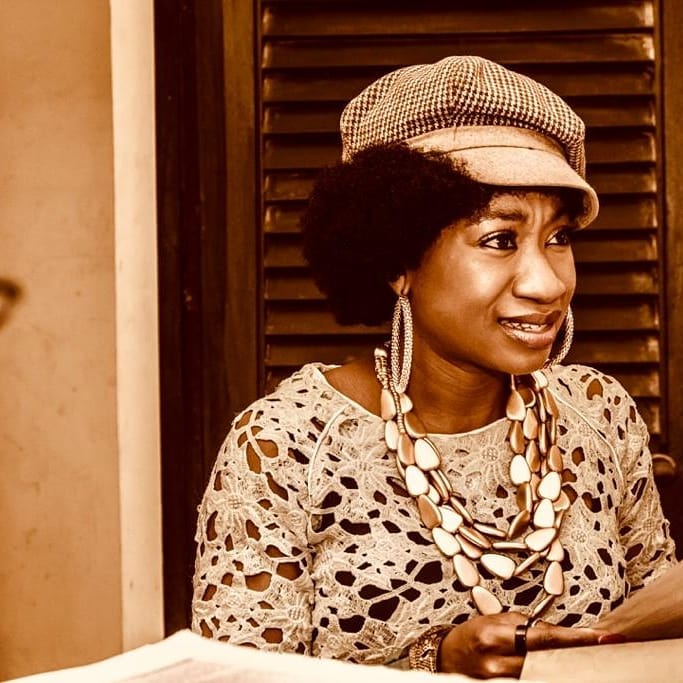 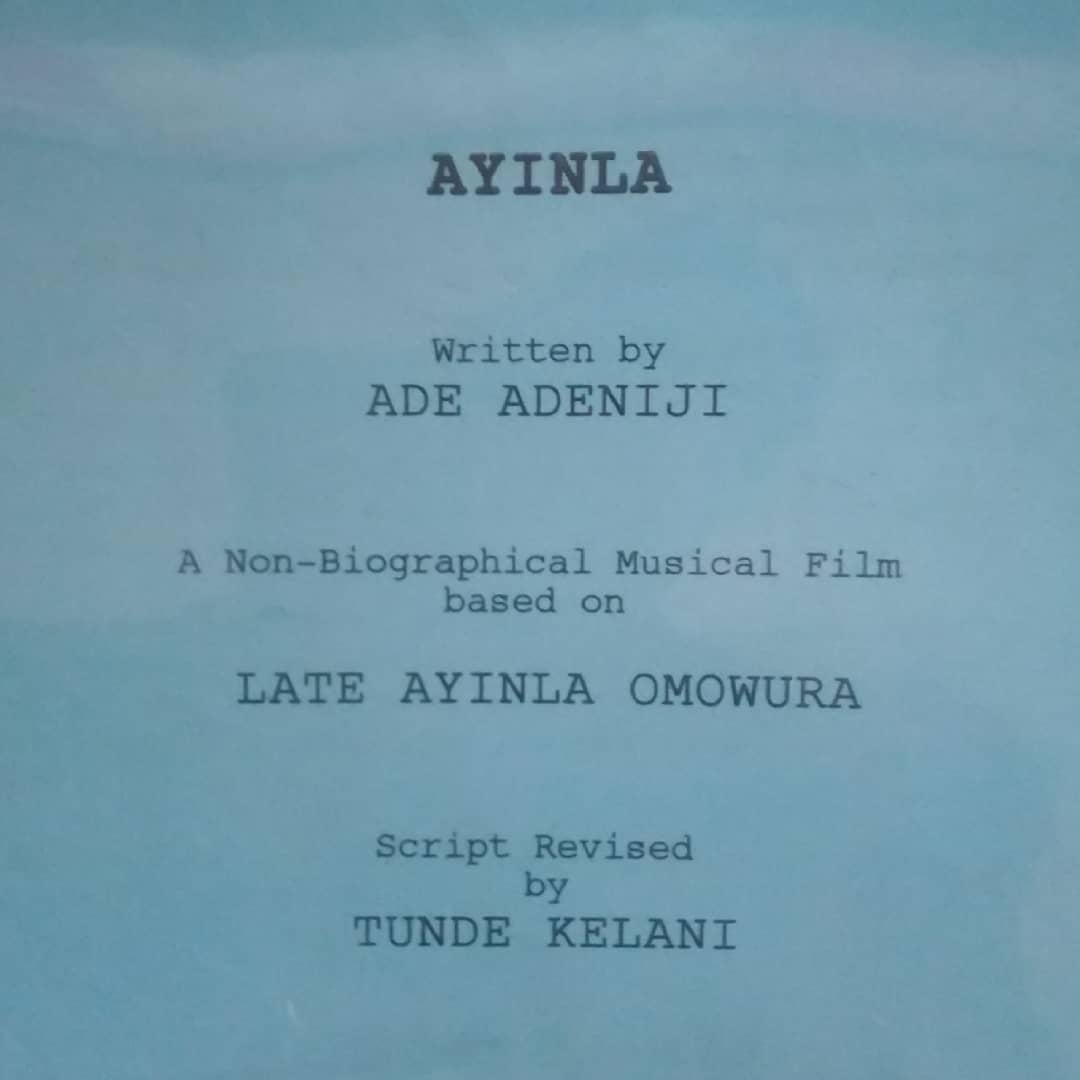 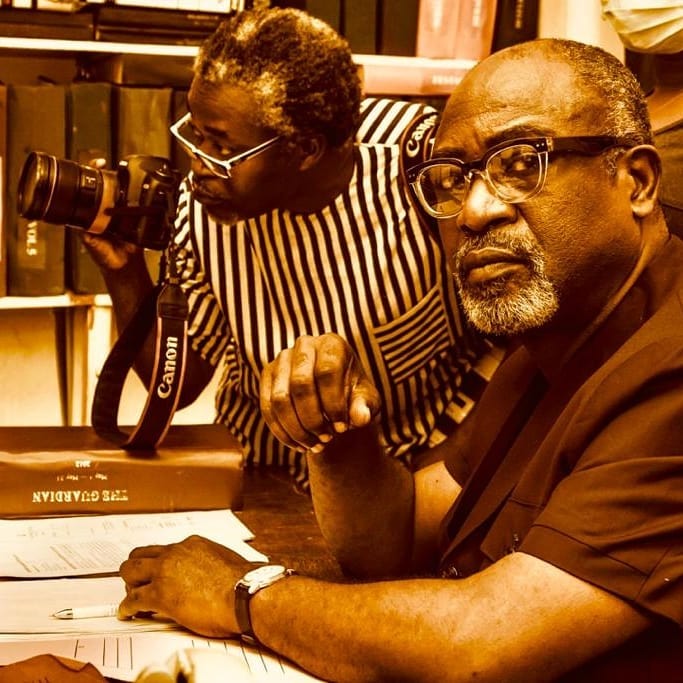 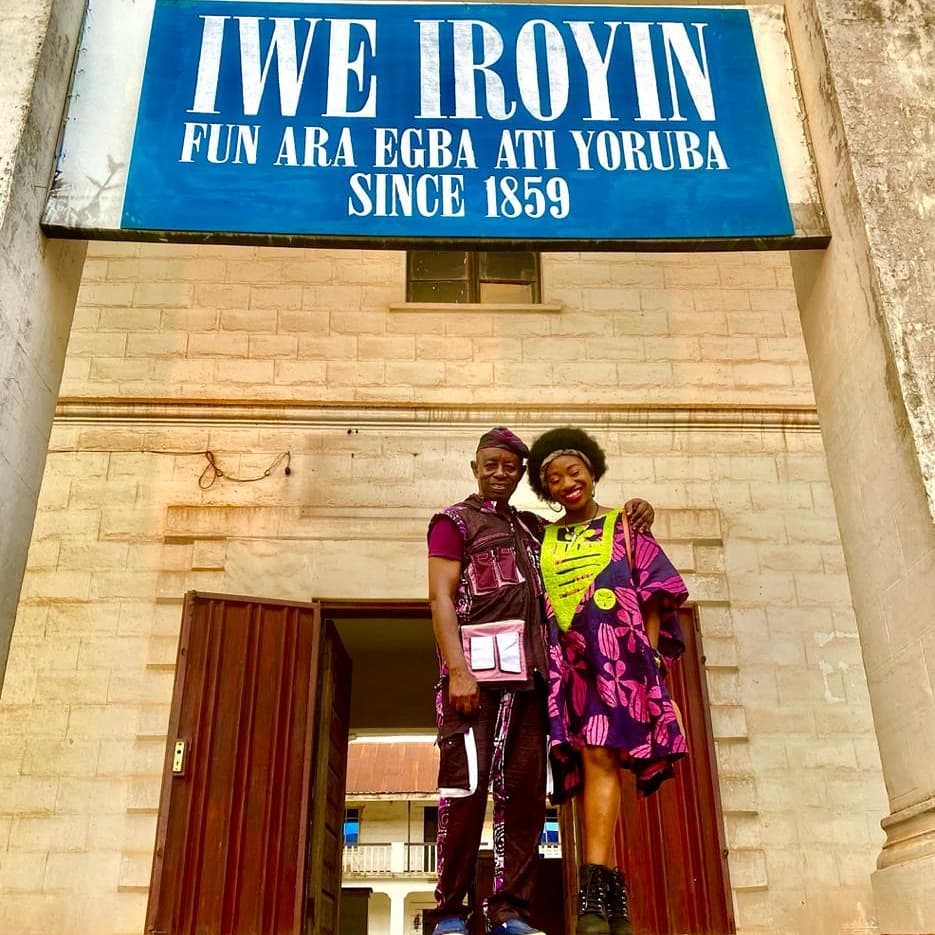 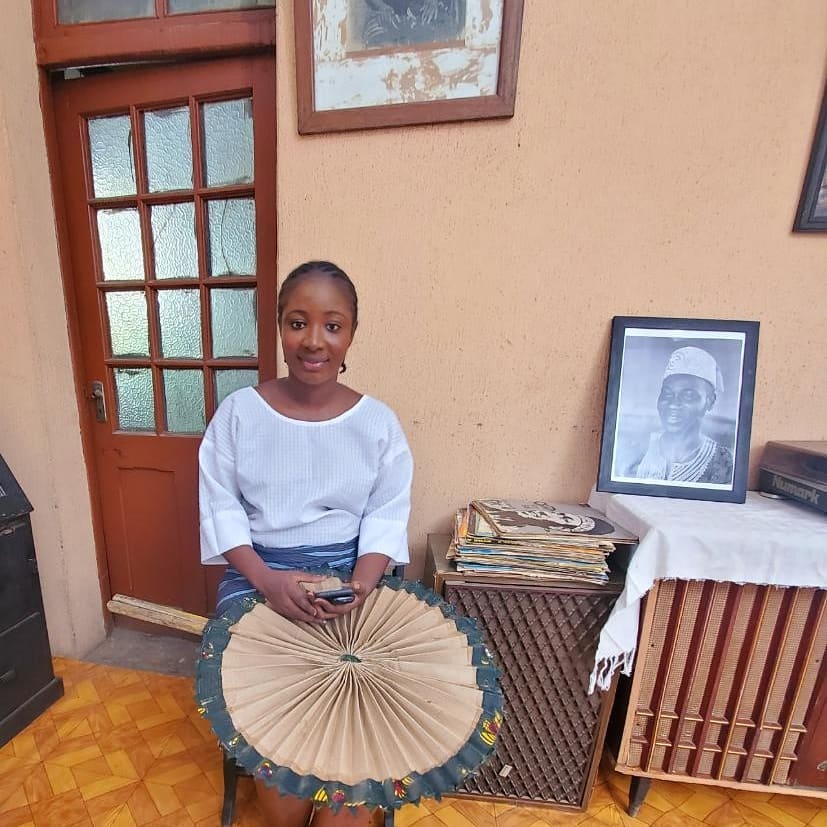 Wizkid talks Music, Family & Everything in Between on “No Filter” with Naomi Campbell