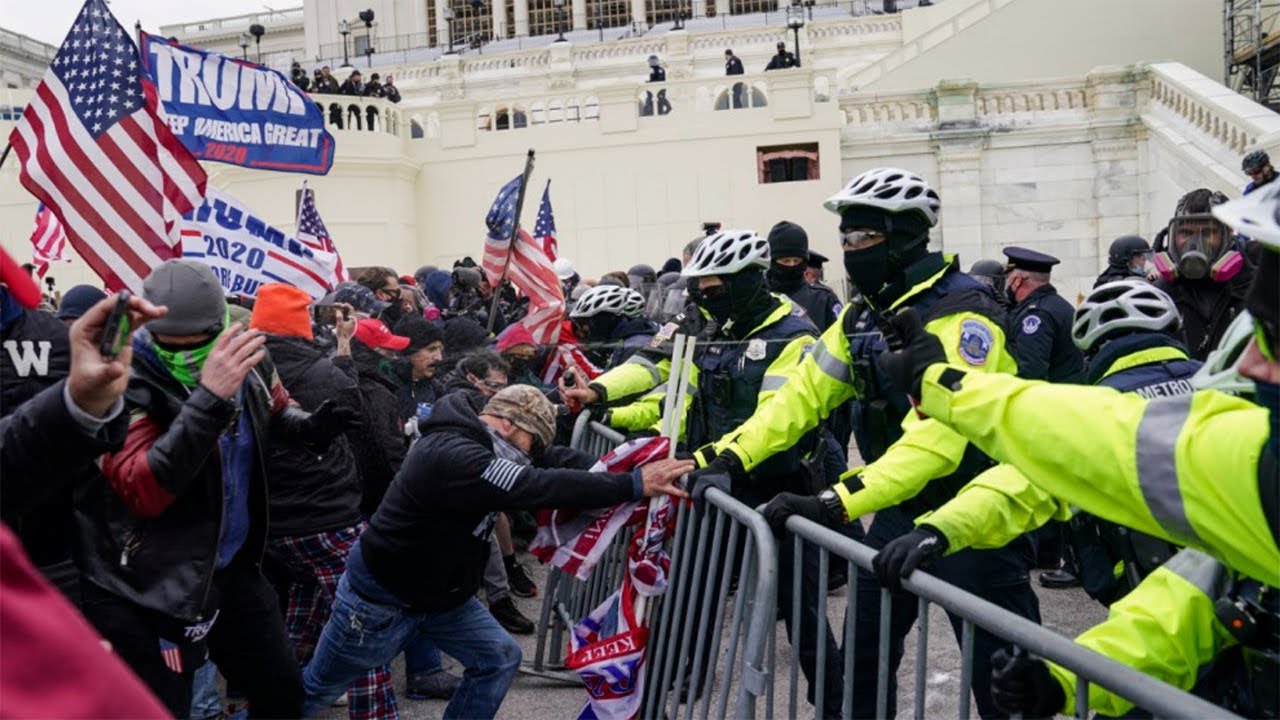 Congress on Wednesday met to certify the Electoral College vote but was forced to a halt as the Capitol Building was hit by violence from supporters of US President Donald Trump, toppling metal barricades set up around the building, screaming “forward” and “USA! USA!”.

According to CNN, one woman got shot, protesters tussled with officers in full riot gear, some calling the officers “traitors” for doing their jobs. “About 90 minutes later, police said demonstrators got into the building and the doors to the House and Senate were being locked. Shortly after, the House floor was evacuated by police”, CNN further reports.

Mayor Muriel Bowser of Washington D.C. has now announced a curfew from 6 pm to 6 am.

President Trump later spoke about the chaos via Twitter. “I am asking for everyone at the U.S. Capitol to remain peaceful. No violence! Remember, WE are the Party of Law & Order – respect the Law and our great men and women in Blue. Thank you!”. Earlier he had encouraged his supporters to march to Capitol Hill.

I am asking for everyone at the U.S. Capitol to remain peaceful. No violence! Remember, WE are the Party of Law & Order – respect the Law and our great men and women in Blue. Thank you!

Nigerians have taken to Twitter following anarchy that has been unleashed by Trump protesters at the US Capitol.

Donald Trump should be convicted and removed from office before January 20.

President Muhammadu Buhari and other African Presidents must condemn this act of barbarism that is taking place in the USA.
They must send a strong message.

We have had our own version of this as Nigerians. Even worse. Only that it wasn’t televised. Someone wanted 2be president so bad his supporters went on rampage killing people including electoral officers. I was one of d lucky officials in Mangu. Colleagues were evacuated in Gombe

Related Topics:Donald TrumpJoe Biden
Up Next