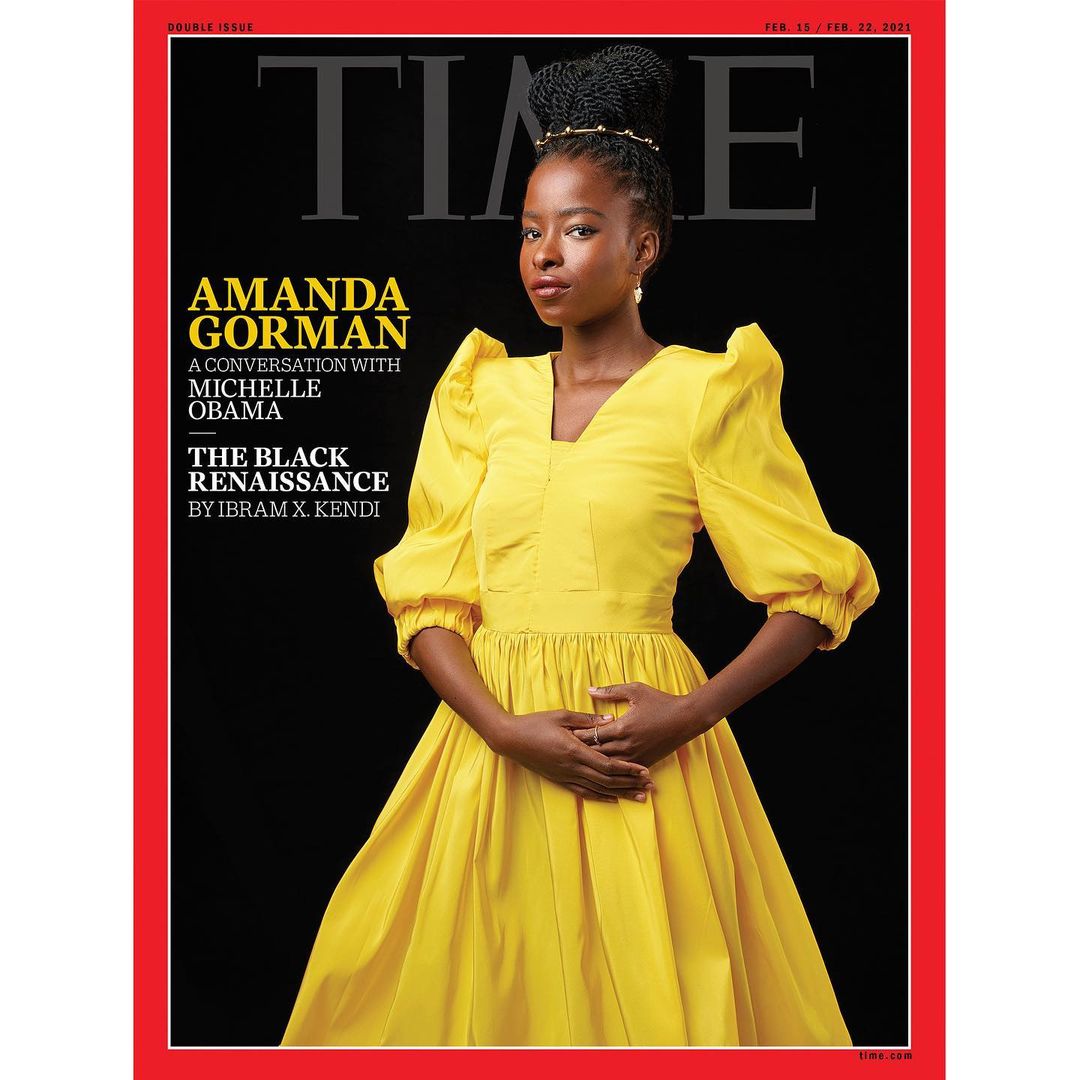 American poet and activist Amanda Gorman captured the hearts of not just Americans, but the whole world, at President Joe Biden‘s recent Inauguration ceremony when she performed a stirring poem. And so, it’s no surprise that she’s gracing the cover of TIME’s latest Issue: “The Black Renaissance”, a special project created in collaboration with Ibram X. Kendi.

For TIME’s new cover, Amanda Gorman who was the first person to be named National Youth Poet Laureate joins former US First Lady Michelle Obama in a conversation about creativity, art, identity, optimism, the recent Inauguration among other things.

Read excerpts from their conversation below:

We’re here to talk about the current renaissance in Black art—this surge of creativity we’ve seen over the past six years or so. What do you make of calling this period a “renaissance”? And where do you see yourself within it?

We’re living in an important moment in Black art because we’re living in an important moment in Black life. Whether that’s looking at what it means politically to have an African-American President before Trump, or looking at what it means to have the Black Lives movement become the largest social movement in the United States. What’s been exciting for me is I get to absorb and to live in that creation I see from other African-American artists that I look up to. But then I also get to create art and participate in that historical record. We’re seeing it in fashion, we’re seeing it in the visual arts. We’re seeing it in dance, we’re seeing it in music. In all the forms of expression of human life, we’re seeing that artistry be informed by the Black experience. I can’t imagine anything more exciting than that.

You are part of a rising generation that isn’t afraid to call out racism and injustice when you see it. Your generation was out front at the Black Lives Matter protests last summer, and you were using your voices long before that to demand change. How do you think art fits into these larger social movements? Do you think about these things as you write?

Absolutely. Poetry and language are often at the heartbeat of movements for change. If we look to the Black Lives Matter protests, you see banners that say, They buried us but they didn’t know we were seeds. That’s poetry being marshaled to speak of racial justice. If you analyze Martin Luther King’s “I Have a Dream” speech, it’s a great document of rhetoric that’s also a great document of poetry, of imagery, of song. Never underestimate the power of art as the language of the people. 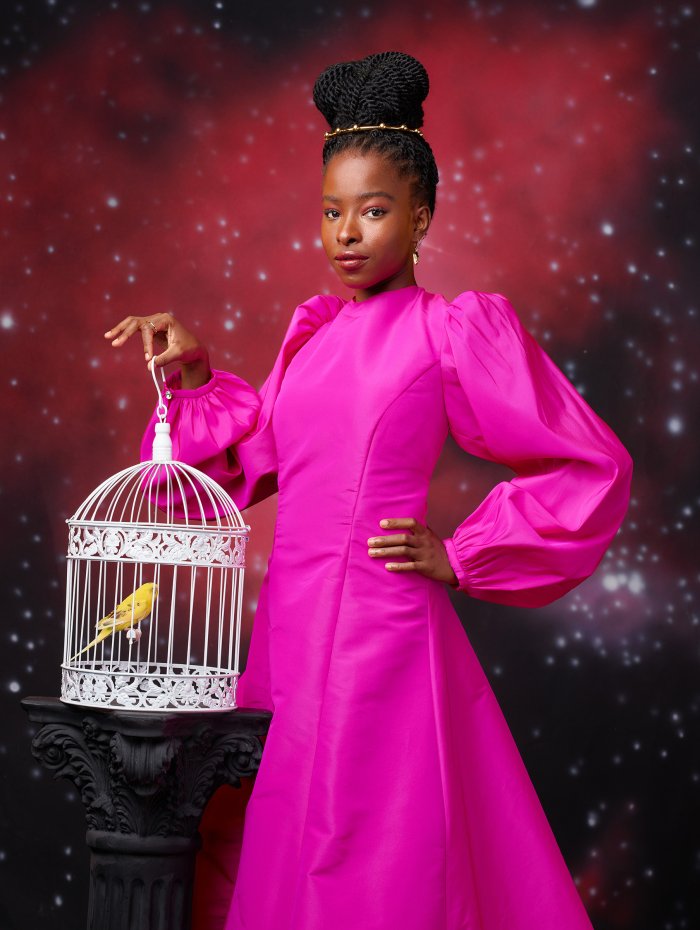 “The Hill We Climb” mentions your being a descendant of slaves. What role does poetry have to play in helping you make sense of our history?

I wanted to give the American people some access to myself. A lot of the inspiration for that came from your speech at the DNC in which you said, “I wake up every morning in a house that was built by slaves.” Poetry is the lens we use to interrogate the history we stand on and the future we stand for. It’s no coincidence that at the base of the Statue of Liberty, there is a poem. Our instinct is to turn to poetry when we’re looking to communicate a spirit that is larger than ourselves. Whenever I’m writing, I’m looking at the history of words. The specific history of words in the Inaugural poem was: We have seen the ways in which language has been violated and used to dehumanize. How can I reclaim English so we can see it as a source of hope, purification and consciousness?

What was your experience of the Inauguration itself? Were you able to listen to the performances and speeches, or were you just focused on what you came to do?

I was living in two spheres of my mind. There was the “Wow: Joe Biden’s speech was amazing. Lady Gaga just killed it.” But at the same time, 66% of my brain was dedicated to questions: “How am I going to get up to the podium without tripping? My hands are cold. Am I going to be able to flip these pages because my fingers are going numb?”

Do you have any advice for young girls, and Black girls in particular, who earn their way into the spotlight?

My question is do they have any advice for me. I’m new to this, so I’m still learning. I would say anyone who finds themselves suddenly visible and suddenly famous, think about the big picture. Especially for girls of color, we’re treated as lightning or gold in the pan—we’re not treated as things that are going to last. You really have to crown yourself with the belief that what I’m about and what I’m here for is way beyond this moment. I’m learning that I am not lightning that strikes once. I am the hurricane that comes every single year, and you can expect to see me again soon.

Created in collaboration with @ibramxk , the issue includes a conversation between me and former First Lady @michelleobama (read our discussion at the link in bio). So proud to be part of an issue that highlights so many Black artists I’ve looked up to for years. As the edition says: “THE RENAISSANCE IS BLACK.”

Read the full conversation on TIME.com.

African China is a Landlord!

Harrysong is giving Love a Chance ?