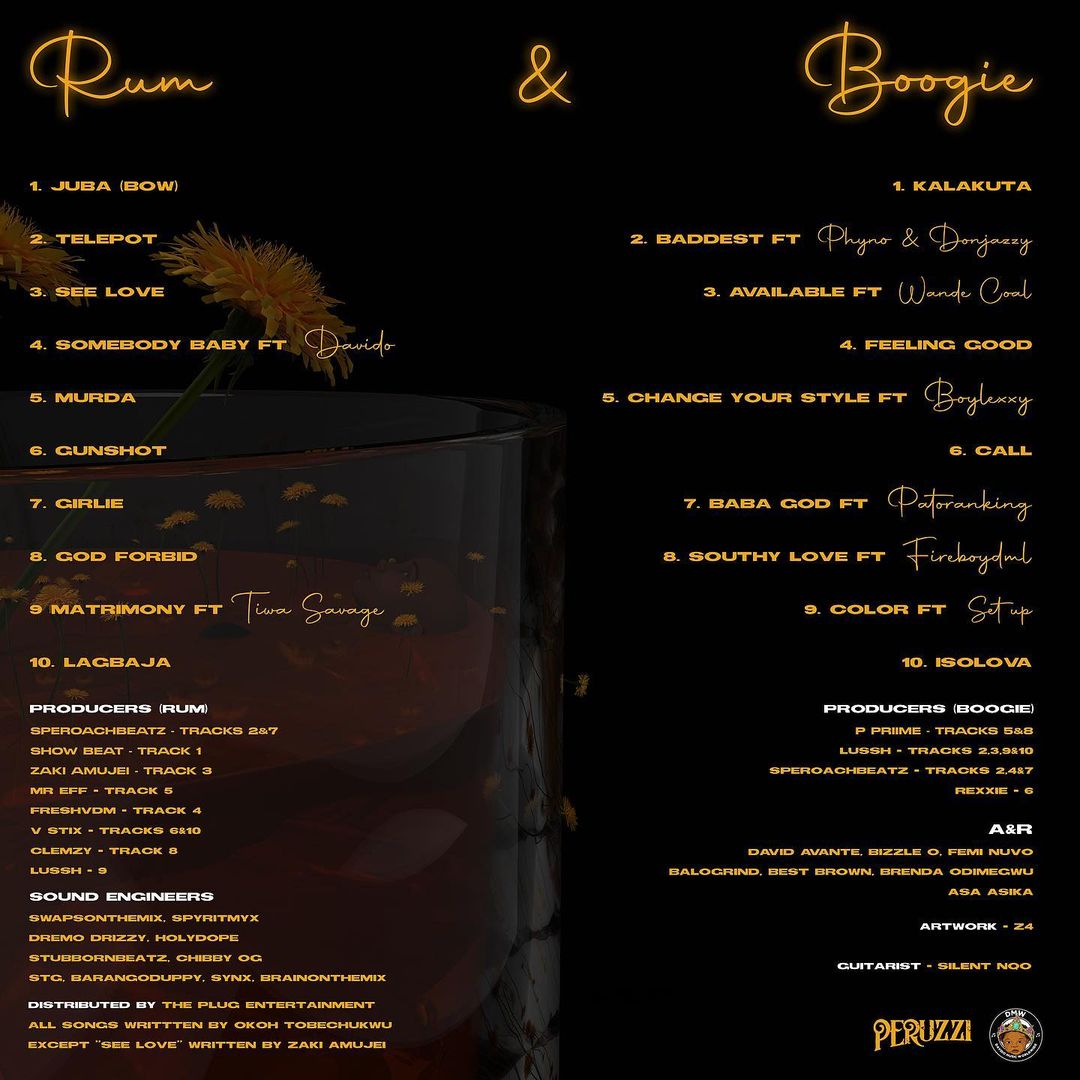 Afrobeats superstar Peruzzi has unveiled the tracklist for his forthcoming album “Rum & Boogie“.

Peruzzi shared the tracklist on social media, writing in the caption:

We Are Nothing Without Struggles,
It Just Makes Us Who We Are,
Destiny Is Not A Matter Of Chance But A Matter Of Choice.
Be Miserable, Or Motivate Yourself.
Whatever Has To Be Done Is ALWAYS Your Choice.
Welcome To Rum & Boogie 💙

Other artists featured on the album include Tiwa Savage, Wande Coal, Phyno, Don Jazzy, Patoranking, Set Up and Boylexxie.

We can’t wait to listen!