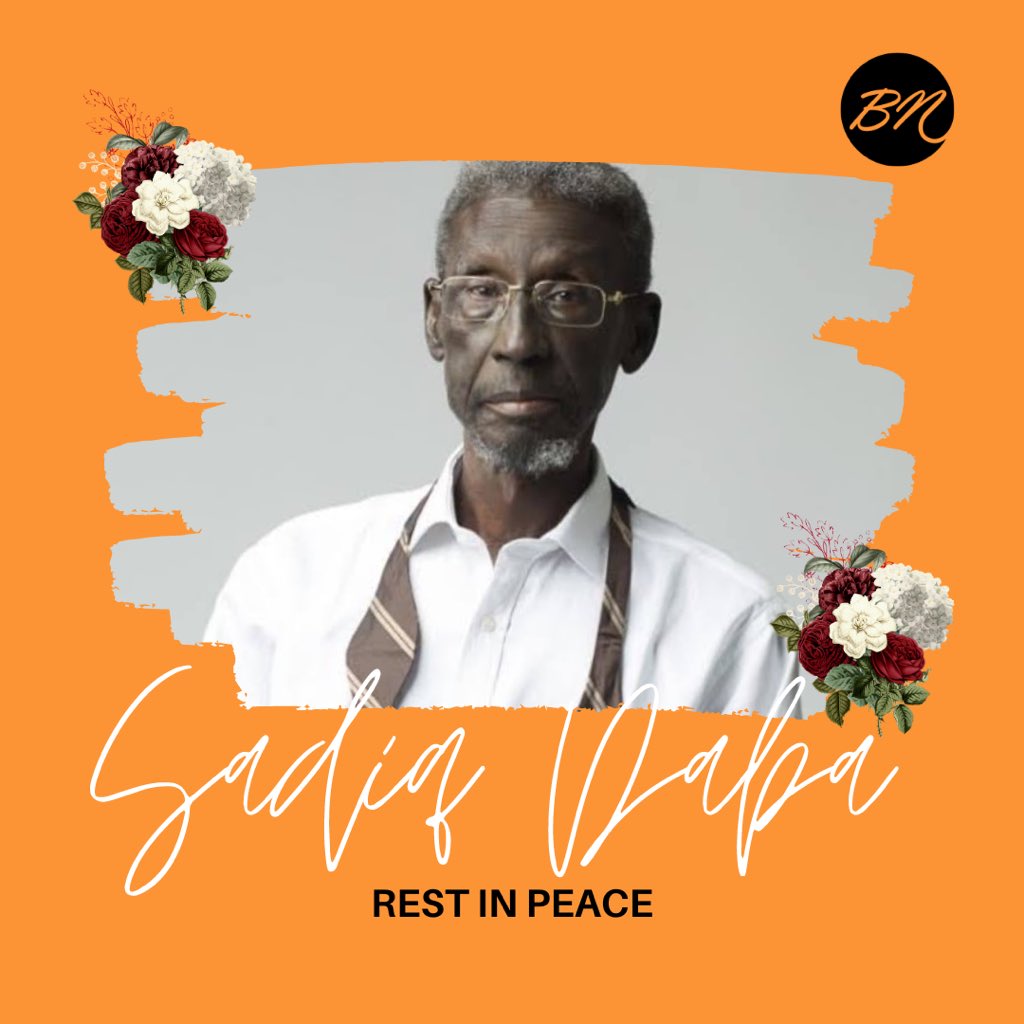 There has been an outpouring of love and condolences from Nigerians worldwide following the death of Sadiq Daba on Wednesday evening. The veteran broadcaster and actor had a long battle with leukemia and prostate cancer.

Joe Odumakin, a close friend of the actor, revealed that Daba’s wife confirmed the passing of the veteran actor, Punch reports.

“His wife just called me now and we spoke,” Odumakin told the media outlet.

She said that she was at the morgue. I asked what happened and she told me that about a week ago, he had been ill but he had been home and that he went to the hospital late afternoon today.

She explained that he had not been eating much and that as soon as they got to the hospital, they started conducting different tests on him including COVID-19. They put him on oxygen but he died around 8:30 pm.

Those who knew him remembered him for giving them happy childhood memories from his feature in the late 1970s film “Cockcrow at Dawn”, and during his broadcasting days at NTA.

Daba announced his diagnosis of leukemia and prostate cancer in 2017 and was supported with fundraising by several Nigerians including Patrick Doyle, Josephine Obiajulu Odumakin, Kenny Martins, and several others.

Here are some tributes to Sadiq from Nigerians, media personalities and more:

He was one of the finest TV broadcaster in the country.

Also a great actor, he will surely be missed. RIP Sadiq Daba.

The life of one we love is never lost. Its influence goes on through all the lives it ever touched.

This is a picture of one of my favorite Nigerian movies of all time October 1. RIP Sadiq Daba pic.twitter.com/jE7iMr2YIS

Sadiq Daba, you fought and won. It's time to rest. Thank you for the memories. pic.twitter.com/R5jVqzvYRr

Sadiq Daba was a legend.

I remember he had been struggling with prostrate cancer for a long time.

He knew his craft. He will be missed.

Sadiq Daba will surely be missed. He has imprinted big steps in these sands and have inspired many creatives like myself. I remember watching Sadiq Daba on @NTANewsNow and couldn't help but grin from ear to ear.

When I saw Sadiq Daba trending, I know he was dead. He has been struggling with his health. He is a great actor and a legend in the industry. May his soul be forgiven! pic.twitter.com/yxiQCpt3fY

Sadiq Daba;the last sticker he sent to my inbox.He has been through a long journey of https://t.co/jTVkiImoXT ace presenter and actor from a generation of morally upright Tv professionals.May Allah grant him Aljanna firdausi.Amin. pic.twitter.com/bu7KFH2QTv

Lucky to have worked with this Legend at Independent Television . He will insist the words are pronounced “RIGHT” even if it took the whole day…. A Legend, oh Sadiq Daba . When you see him, you’re reminded of Yinka Craig. An era on Television 📺 pic.twitter.com/5e92nqGqzL

Sad that the cock will no longer crow at dawn.

Sadiq Daba, thank you for the joy you brought into our homes.

May your sins be forgiven, and your memories be a blessing. pic.twitter.com/t6iMtTYCyO

TVC says Sadiq Daba, veteran broadcaster and legendary actor has died this evening after a long and sad battle with leukemia and prostrate cancer.

For many of us, our childhood watching NTA is totally incomplete without him.

May he rest in peace.
He was such a fine gentleman. pic.twitter.com/U7QK5v9aqu