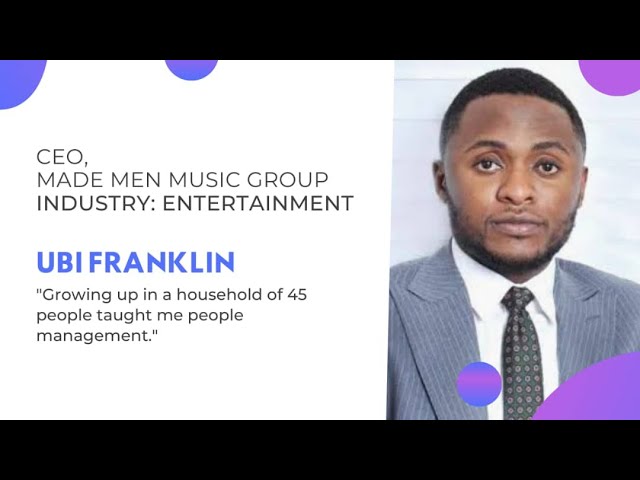 Born in Cross River State as Ubi Ekapong Ofem, Ubi Franklin is the 11th of 15 children. Ubi had his primary and secondary education in Calabar, after which he attempted law at the Madonna University.

In 2017, he launched a start-up called Instant Pickup, a service that specializes in instant home pickup and delivery of laundry which has led to the birth of other ‘Instant’ businesses.

Ubi is the founder and CEO of record label Made Men Music Group.