Yewande Jinadu: 5 Career Lessons I Learned From “Who’s The Boss” 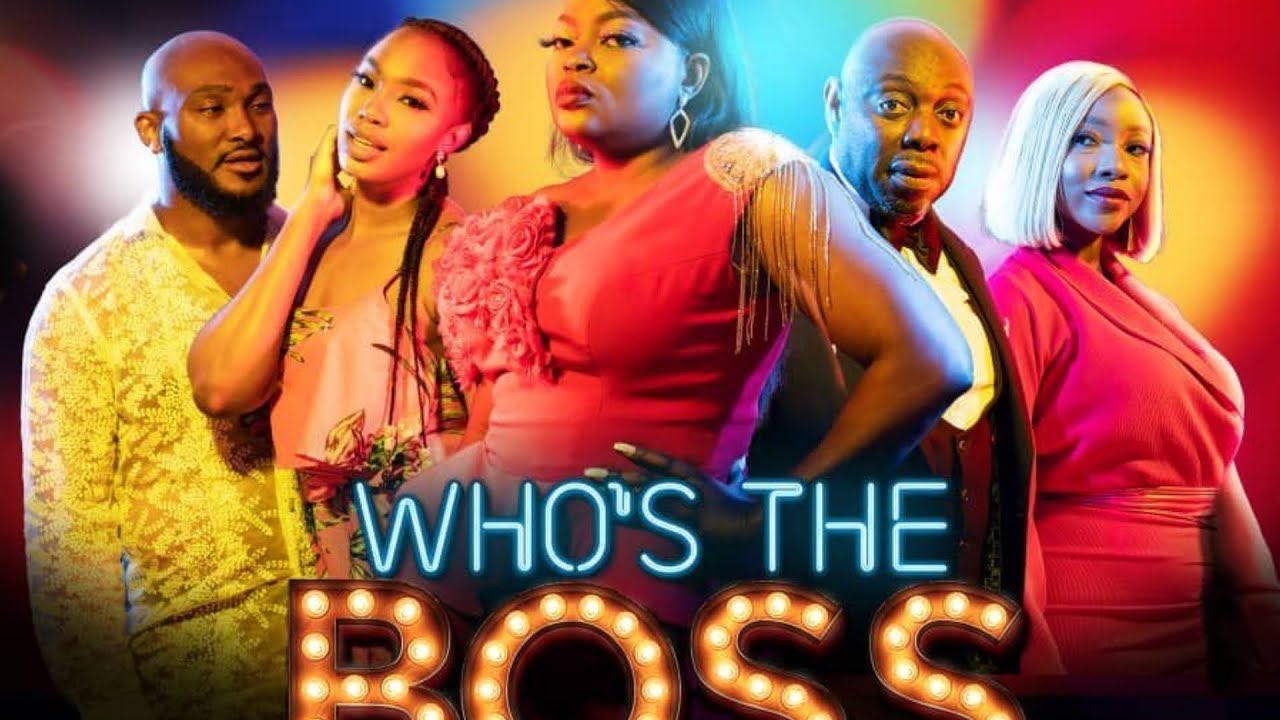 I watched Who’s The Boss on Netflix and I learned so many career lessons from the movie. It tells the story of Liah, a lady who worked as an EA to a director in an advertisement agency. She had a mean boss who never valued her talent and continued to undermine her ideas. Her boss sabotaged her opportunity to be promoted because she was secretly threatened by her ability to potentially take over her role.

Coincidentally, her friend (Jumoke) set up a meeting for her to pitch to a client. Without believing much in herself, she went for it and won the heart of the client. She was asked to bring in the CEO and she didn’t believe in herself enough to call herself the CEO so she got in her friend (Lekan, who’s a professional actor) to stand in as the CEO.

Her friends (Jumoke and Lekan) continued to push her and she kept on wowing clients who always preferred her pitch to the agency she worked with. *All roads and advice kept on encouraging her to quit and focus on her own agency but she didn’t.*

Over time, the competition became stronger as the agency she worked with started losing clients because they preferred her to her boss. At the point where existing clients started leaving to join her own client base, I thought that would be Liah’s eureka moment but no, she kept on at the job and kept running both gigs together.

It was the point where her boss told her to work on a pitch overnight that she was equally working on that she burst out to her boss that she was the competition.

It only took a flimsy legal threat for her to cower back to the company. In my own HR mind, I was just screaming, “Why can’t you resign? Unless you signed a non-compete, it’s just an empty threat.” Anyway, I continued watching patiently to see how it would play out.

Eventually, she accepted to sell her company to her current company and take up a role under them as the director – which I felt was a terrible decision. Anyway, she (Liah) also felt miserable at the job. Towards the end when she won an award, Liah and her witchy boss bonded over her potential replacement and decided to make a grand exit out of the organization. The same threat of suing came up and she mentioned that they are resigning and starting from scratch (which I initially expected Liah to do)

The movie kept me thinking deeply as I could relate to the story from lots of people’s perspectives. I’ve met people in Liah’s position (I still know them) and they have chosen the ‘safe’ and ‘cowardly’ position Liah took.

Here are some lessons I learned from the movie:

It was obvious that Liah was talented and underappreciated and she was never going to grow if she didn’t take a big step for herself. Start with small side hustles to test the ground (if you’re considering entrepreneurship) or the best part is to move to another company that would value you.

Don’t stay too long in an organization that’s against your growth. I advise you have a detailed career plan. When you join an organization, give yourself a target of what and where you should be in a number of years, and if it’s not looking like it, reconsider and restrategize.

Be confident in your skills and abilities

Liah knew she was talented, that’s why she wanted the promotion because she knew she had what it took. However, she believed it when her boss told her otherwise and downplayed her ability to take up the role. As a career professional, always upskill and look for ways to demonstrate it. Be confident while at it. People would try to downplay you (in the name of constructive criticism), pick up the lessons and dust off the judgment.

Surround yourself with cheerleaders

One thing that stood out was the impact of Jumoke and Lekan (Jumoke especially). It made me do a self-audit to identify the Jumokes’ in my life. If you don’t have at least 2 Jumokes’ in your inner circle, then you need new friends. Whilst praying for good cheerleaders, ensure you are also a Jumoke to your friends and colleagues. Be the positive voice that pushes them to do great things and overcome their fear. Liah was also an expressive person, she didn’t keep her problems to herself, rather she shared them with the right people. A closed mouth doesn’t get fed.

As a career professional and employee, you don’t need to be a lawyer or HR Professional to know basic labour laws and rights. The first step is to read through your employment letter thoroughly and understand it. If possible, ask your lawyer friend to interpret clauses/terms you’re not familiar with so that if your employer comes up with something against your basic rights, you won’t cower at the sound of an ordinary threat.

Liah was valuable; that’s why her boss was threatened. She wasn’t only talented to herself but she showed it by contributing ideas and covering up for her boss. If you’re unable to demonstrate value, you would not only be left behind and tossed around, switching jobs would also not solve the problem.

Have you watched the movie, what did you learn from it? If you haven’t, I encourage you to watch it.

Yewande Jinadu is the Founder of CareerLife (careerlife.com.ng) and also the Head, People and Culture of a leading tech firm. She has been recognised both globally and locally as an HR Leader and Career Influencer. With CareerLife Foundation, she helps young professionals achieve measurable success in their career. With CareerLife Consulting Services, she partners with businesses to deliver value through its people by providing HR Services (Recruitment, Training etc). She can be reached via [email protected] or @careerlifeng on Twitter and Instagram