Premium Lager and official sponsor of the English Premier League and the Spanish La Liga, Budweiser, has fulfilled its promise to reward three lucky consumers with the grand prize of a brand-new, luxurious Mercedes Benz each in its Smooth Kick-off Campaign. 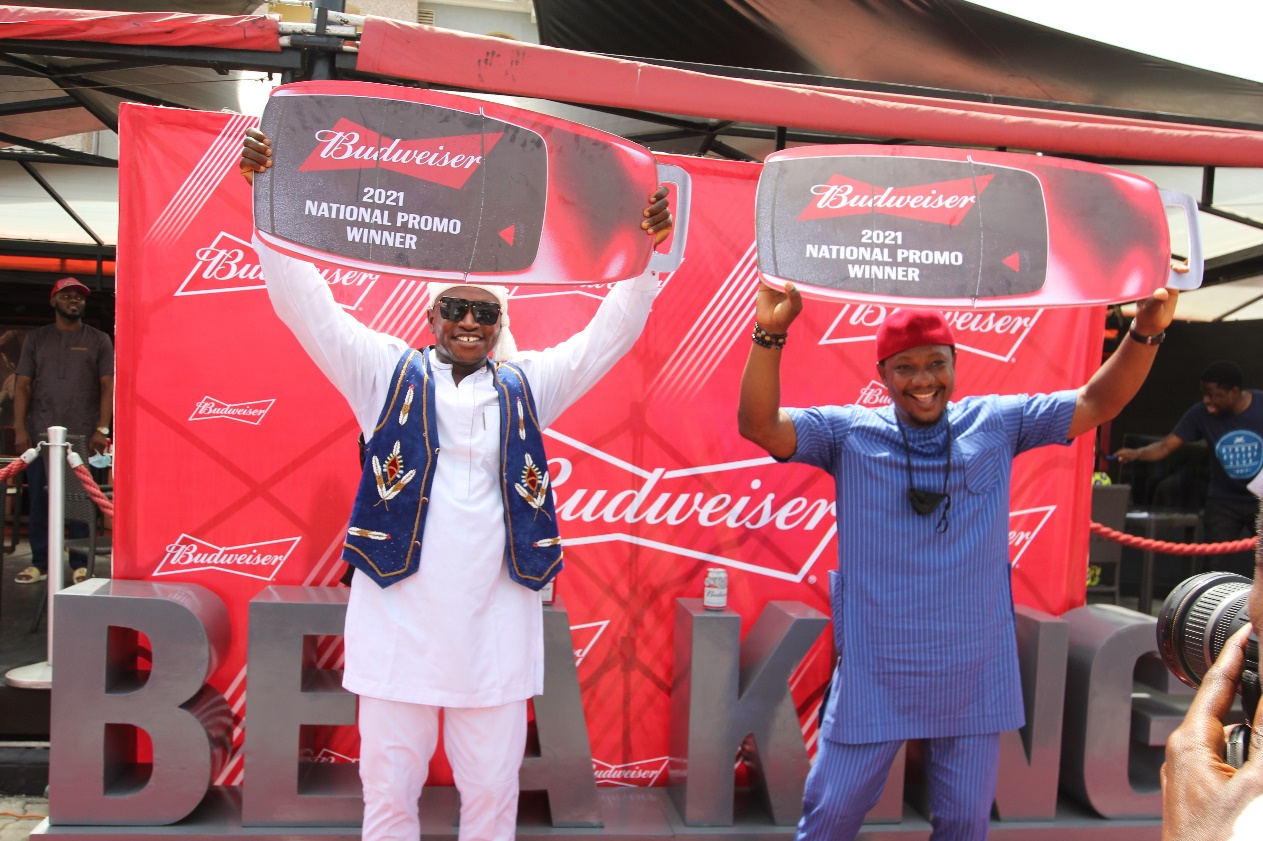 Budweiser is one of the leading products of International Breweries, a proud part of AB InBev, one of the world’s largest brewers with over 400 beer brands. 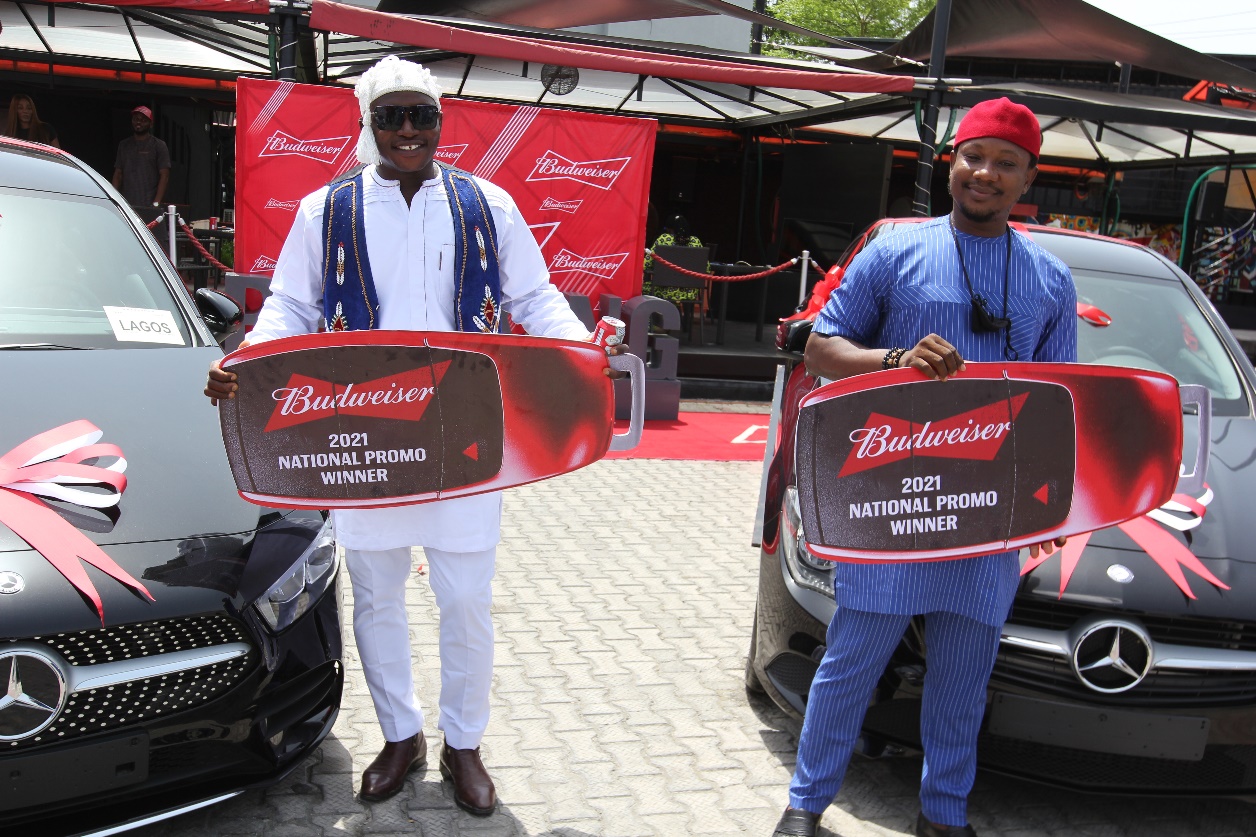 The car presentation ceremony spanned two days to control the crowd as organizers adhered strictly to the government’s COVID-19 regulations regarding gatherings.

The events held on Thursday and Friday, March 25th and 26th, 2021, at the Xovar Lounge in Lekki, Lagos and was attended by Budweiser Brand Ambassador and Media Personality, Ebuka Obi-Uchendu, pressmen, and well-wishers. 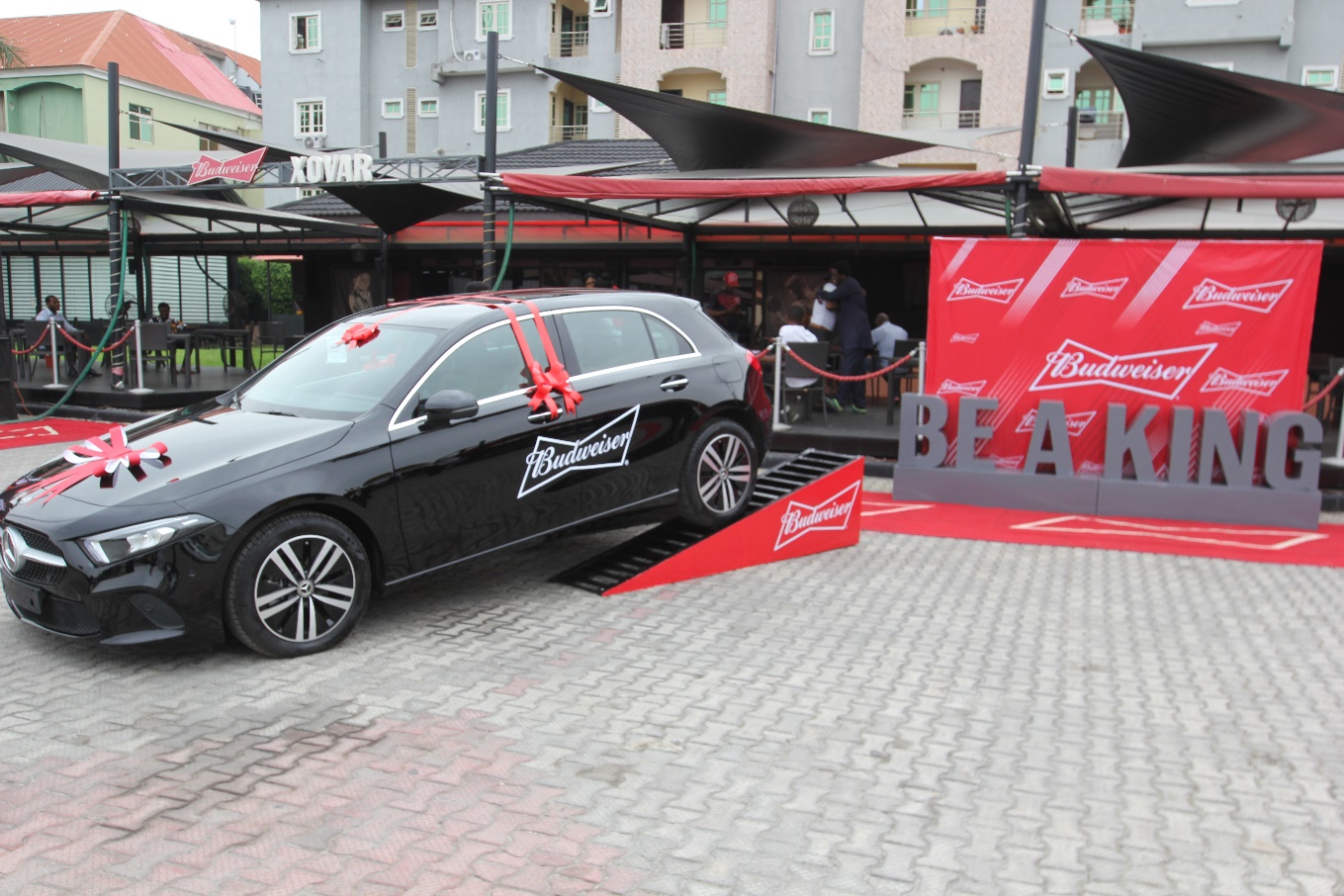 The Marketing Team presented the car keys to Oluwadamilola Oyeleke on Day 1 while Marketing Director of International Breweries, Tolulope Adedeji presented the keys to the automobiles to the duo of Udochukwu Osuagwu and Emmanuel Effiong on Day 2. 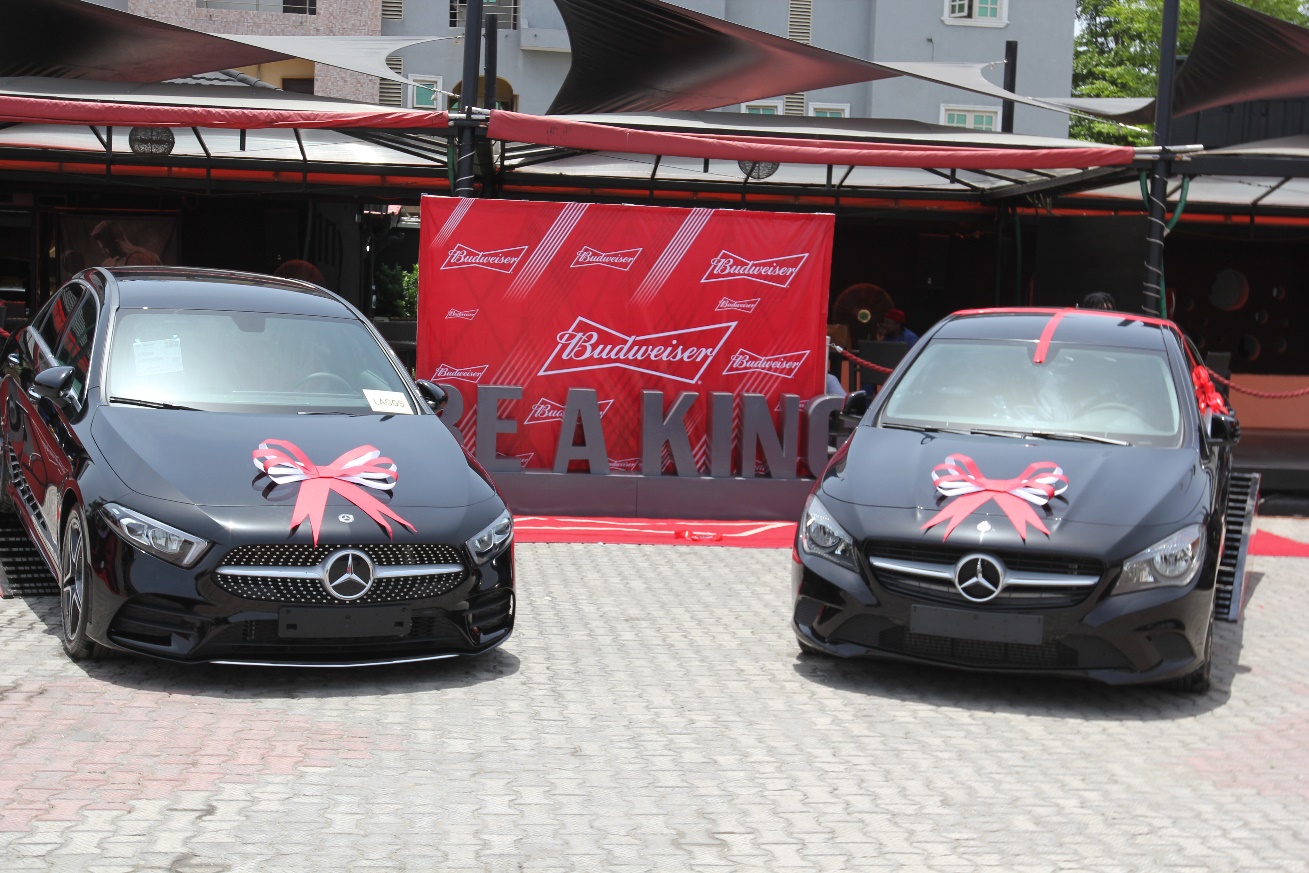 In her address, Adedeji noted that the promo which commenced in November 2020 has culminated in the emergence of the grand prize winners, as promised by Budweiser. 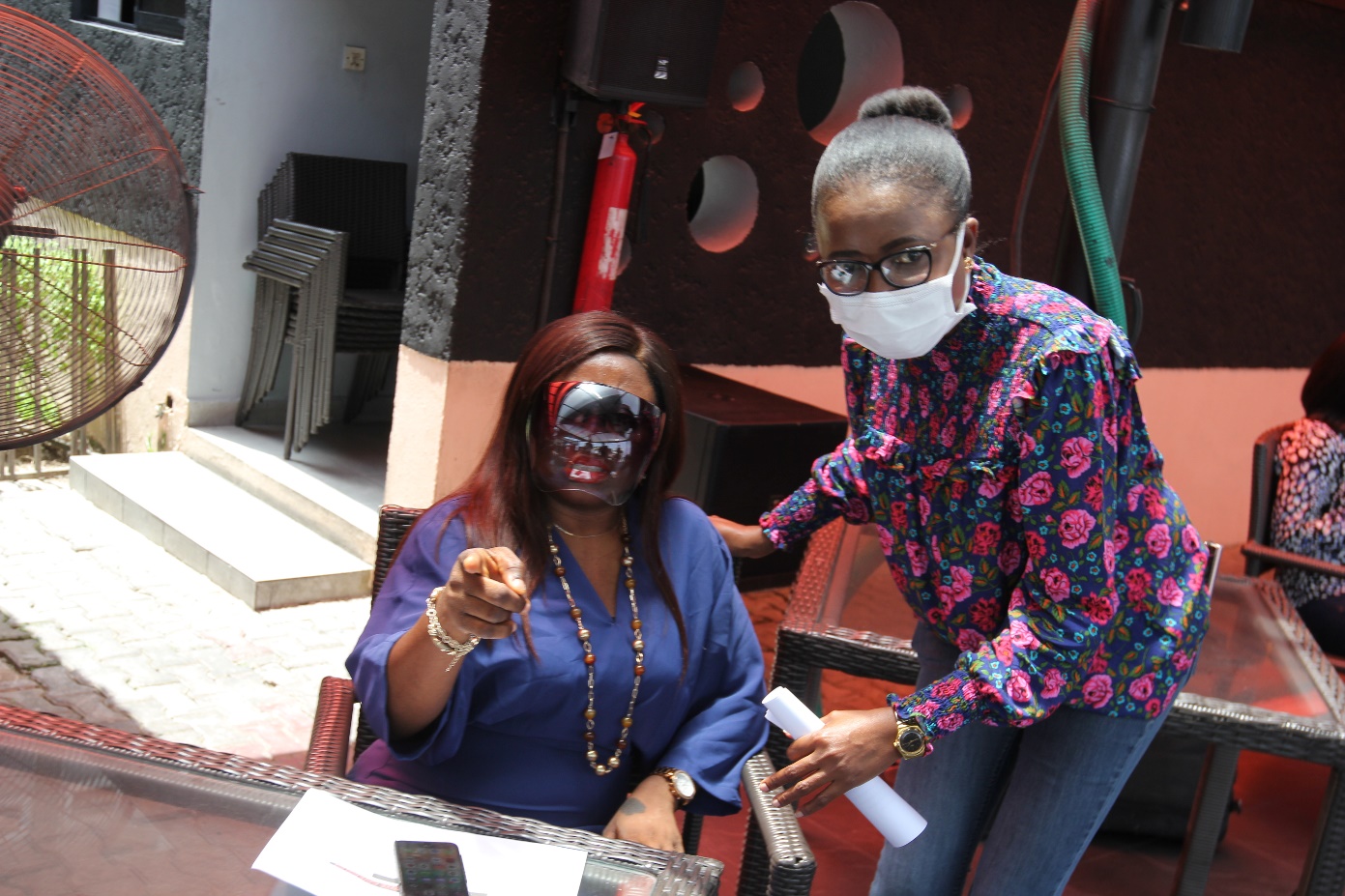 “When we set out to launch the Smooth Kick-off Campaign, it was with the intent to celebrate and uniquely reward Budweiser consumers; this is evident in the exclusivity of the prizes that were up for grabs. Budweiser decided to live up to its reputation as a premium brand by giving consumers the rare opportunity to go home with gifts they would not get a chance to win in regular promos,” Adedeji said. 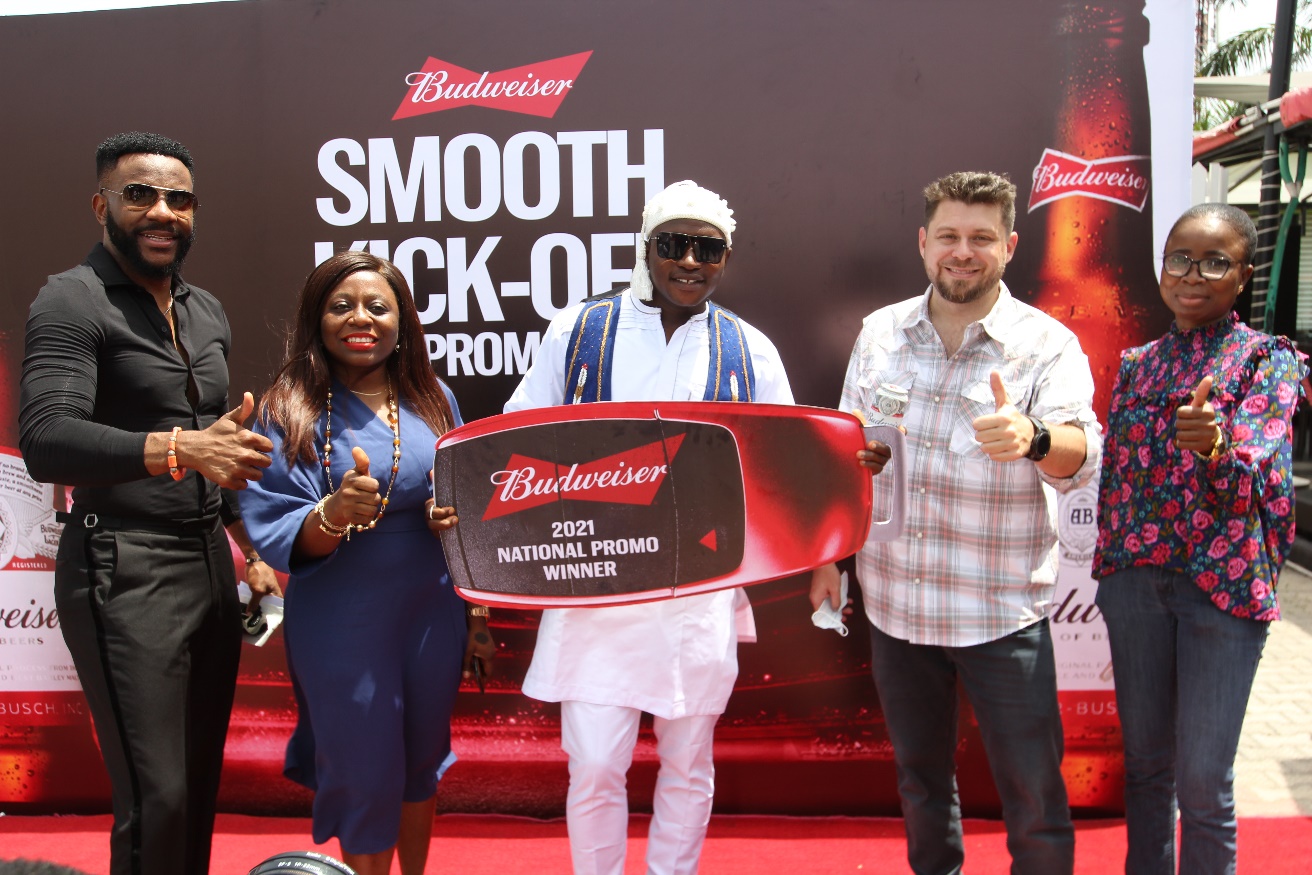 One of the winners, Udochukwu Osuagwu, who got the news that he had won one of the Mercedes Benz cars via a phone call from Ebuka, described the news as one of the best he’s ever received.

The self-professed lover of Budweiser thanked the Budweiser team and International Breweries for their generosity.

“I am so happy to be one of the lucky winners and I am grateful to the organisers of the Budweiser Smooth Kick-off campaign for gifting me this lovely car,” Osuagwu said. 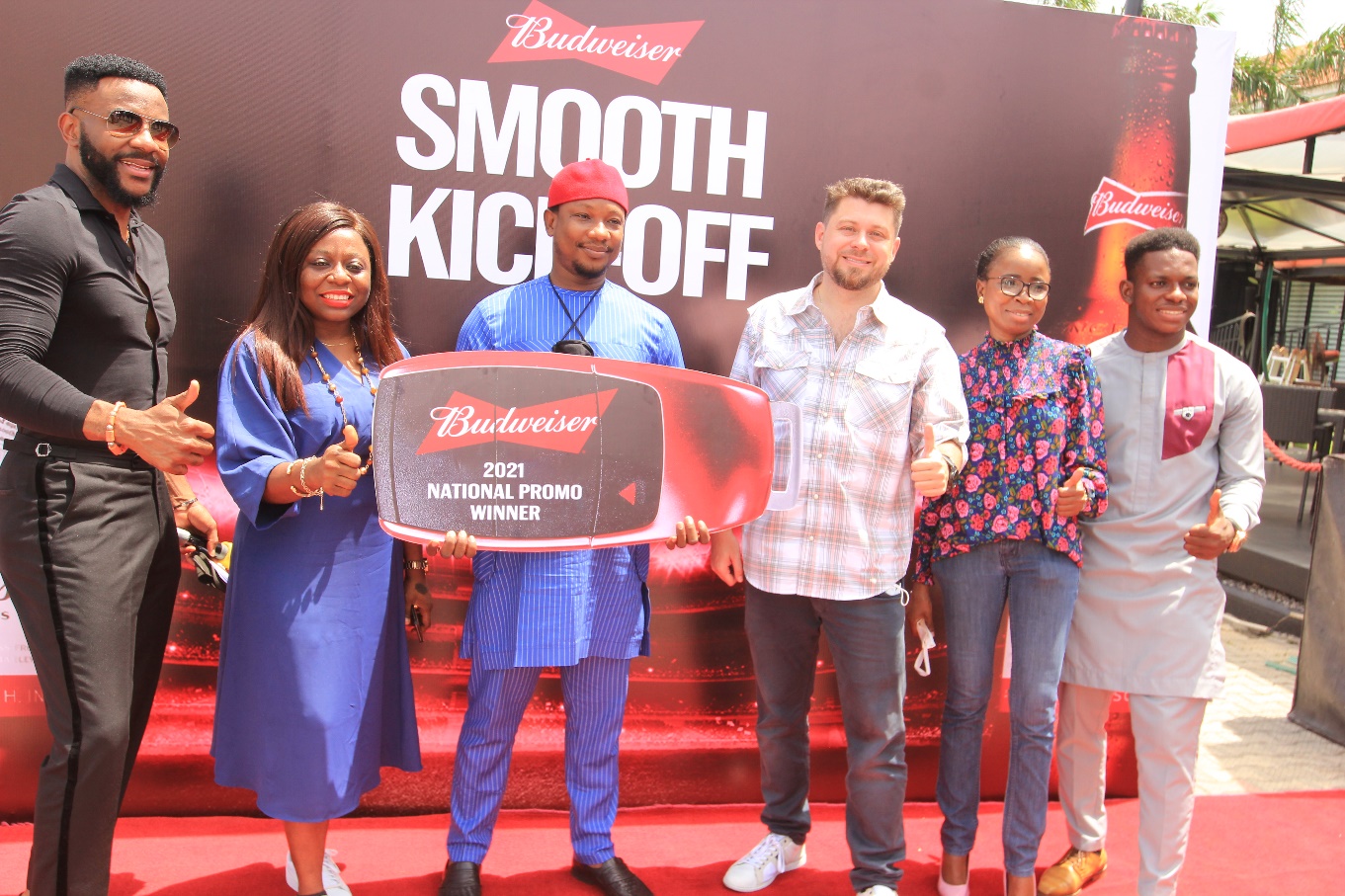 Emmanuel Effiong and Oluwadamilola Oyeleke also expressed their delight at being named winners of the luxury car. The duo won from their Abuja and Lagos residences respectively.

Effiong described the moment he received the grand prize as “unforgettable,” lauding Budweiser for being a brand that always exudes class in everything it does while Oyeleke said Budweiser lived up to its name as “The King of Beers”. 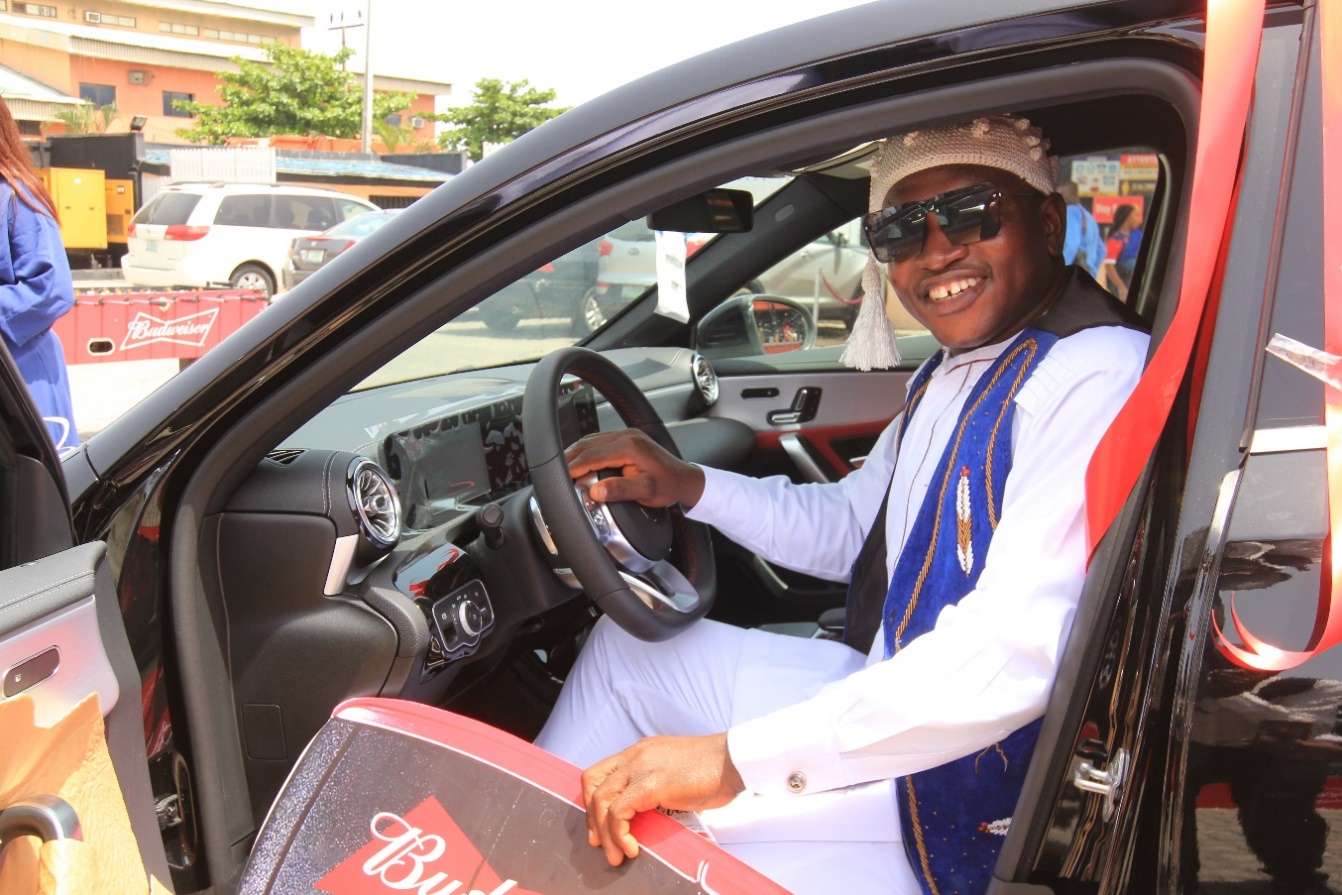 Speaking at the car presentation, Marketing Manager, Budweiser, Olajumoke Okikiolu revealed that the Budweiser Smooth Kick-off promo also recorded many winners of the recently released, ultra-sophisticated PlayStation 5 Console which boasts of features such as the ultra-high-speed SSD, deeper immersion with support for haptic feedback, adaptive triggers, and 3D audios as well as Budweiser Football Jerseys autographed by the legendary, Lionel Messi. 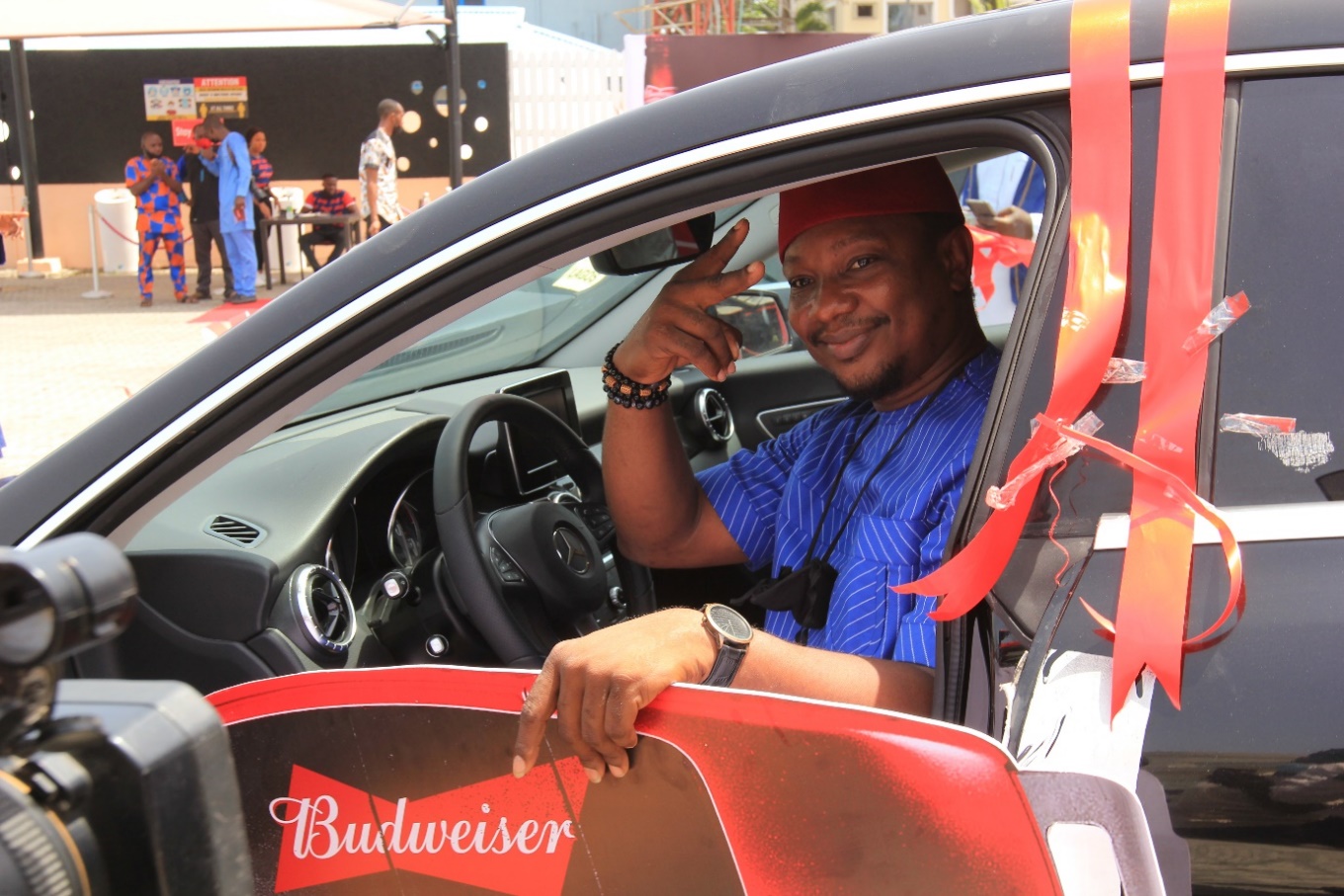 “Aside from the luxury cars, we gave out football-related gifts because we know how much our consumers love football. And as one of the winners affirmed, Budweiser is the King of Beers, and that’s why the brand does not do half measures. We go all out to put a smile on the faces of our loyal consumers because they deserve it and we will not rest on our oars to keep being the premium, dependable brand they have come to know and love,” Okikiolu said.

The Budweiser Smooth Kick-off Campaign commenced in November 2020 and despite the challenges encountered due to the Covid-19 pandemic, the brand fulfilled its promise to reward consumers in a manner befitting of Kings.