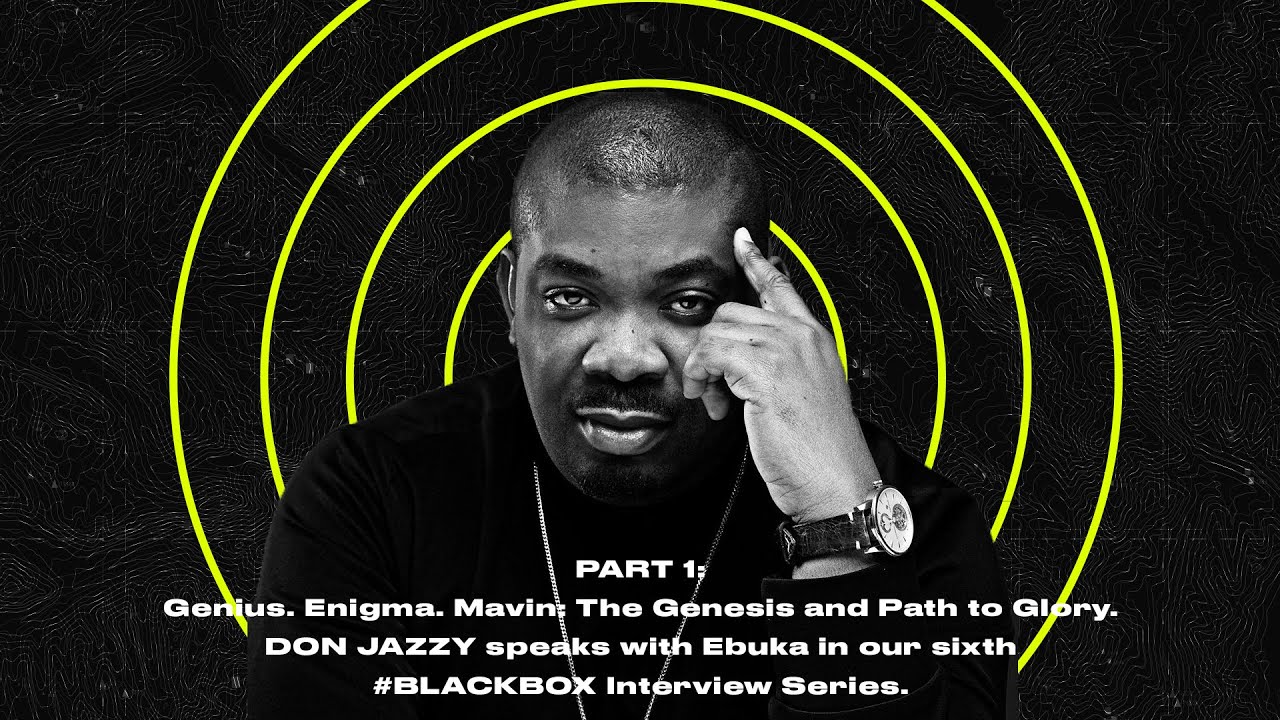 In part one of his “BlackBox​ Interview” episode, Don Jazzy opens up about his childhood, the genesis of the Mo’ Hits years and the real story behind the G.O.O.D Music deal.

From his beginnings as a serial hit-making producer and steering ship at Mo’Hits to his new chapter at Mavin Records and his transition into a music mogul with global dreams, Don Jazzy’s journey has come to define the expansion of African music in the last decade.

The award-winning industry veteran has had an era-defining career of almost single-handedly raising an entire generation of Afrobeats superstars.

Now, the doyen is keener on passing the torch to the next wave of Afropop royalty.