Justin Bieber covers the May issue of GQ Magazine and, in the accompanying interview, he talks to Zach Baron about the mistakes he made as a child star, including the ones that nearly destroyed him. Now redeemed by God, his wife Hailey, and a new album “Justice“— he’s putting his life back together one positive, deliberate step at a time.

Justin and Hailey married in a courtroom ceremony in September 2018, when he was 24 and she was 21. A year later, they had a larger wedding in South Carolina. In the new interview with GQ, Justin admitted that he really wanted marriage and kids for his future.

“I just felt like that was my calling. Just to get married and have babies and do that whole thing,” Justin said. As for babies, he said, “Not this second, but we will eventually.”

He has lived a well-documented life—maybe among the more well-documented lives in the history of this decaying planet. But to my knowledge, there is not one example of him speaking this way—in a moving but unprompted, unselfconscious torrent of words—in public prior to this moment. I will admit to being disoriented. If I’m being honest, I had been expecting someone else entirely—someone more monosyllabic; someone more distracted, more unhappy; someone more like the guy I’m pretty sure Justin Bieber was not all that long ago—and now I am so thrown that the best I can do is stammer out some tortured version of… How did you become this person? By which I mean: seemingly guileless. Bursting with the desire to connect, to tell his own story, in case it might be of use to anyone else. 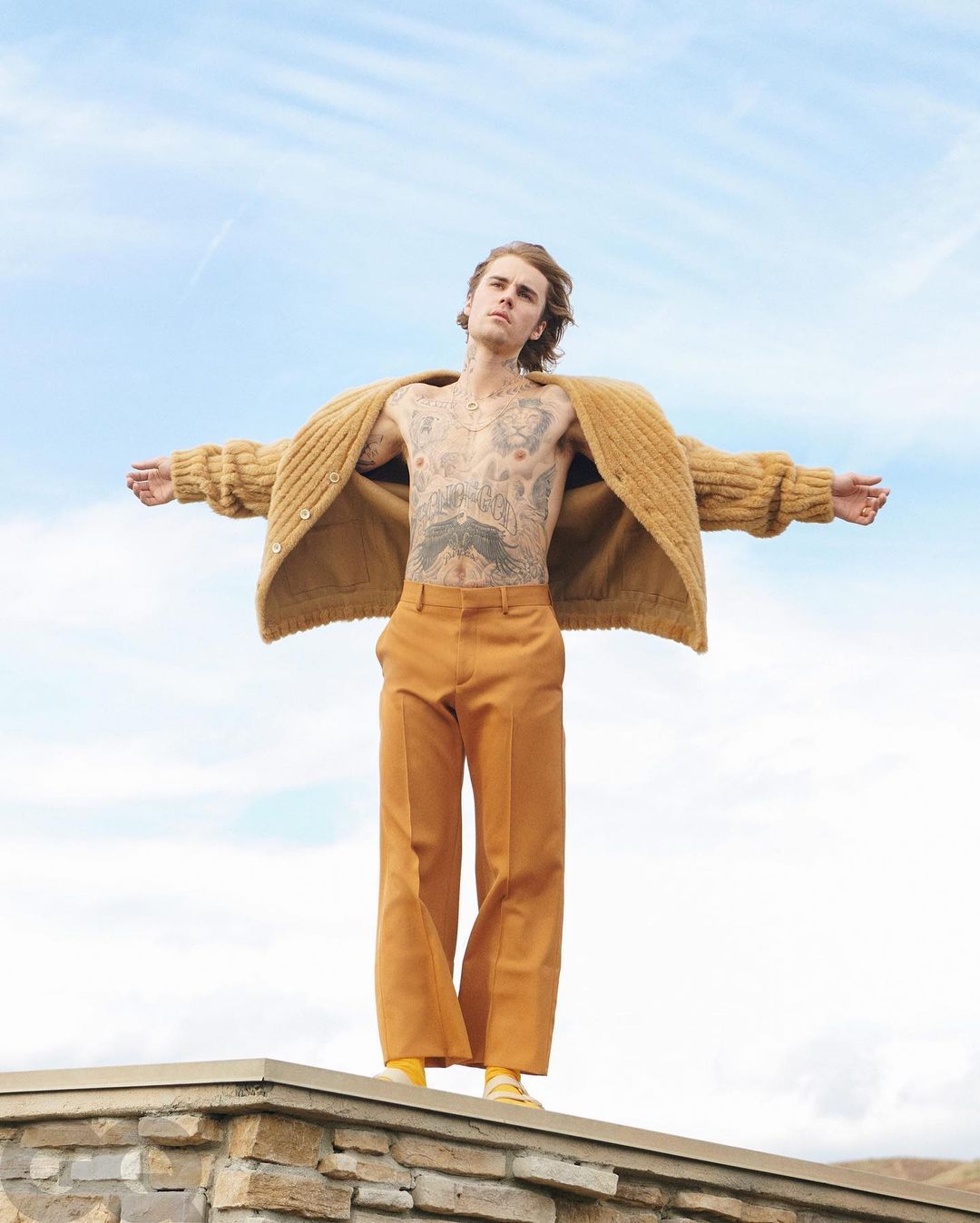 Here are excerpts of Justin’s interview:

On slowing down and refocusing:

I don’t want to let my shame of my past dictate what I’m able to do now for people. A lot of people let their past weigh them down, and they never do what they want to do because they think that they’re not good enough. But I’m just like: ‘I did a bunch of stupid shit. That’s okay. I’m still available. I’m still available to help. And I’m still worthy of helping.’

On hitting rock bottom, retracing every single step to hoist himself back out of it:

I just lost control of my vision for my career. There’s all these opinions. And in this industry, you’ve got people that unfortunately prey on people’s insecurities and use that to their benefit. And so when that happens, obviously that makes you angry. And then you’re this young angry person who had these big dreams, and then the world just jades you and makes you into this person that you don’t want to be. And then you wake up one day and your relationships are fucked up and you’re unhappy and you have all this success in the world, but you’re just like: Well, what is this worth if I’m still feeling empty inside? 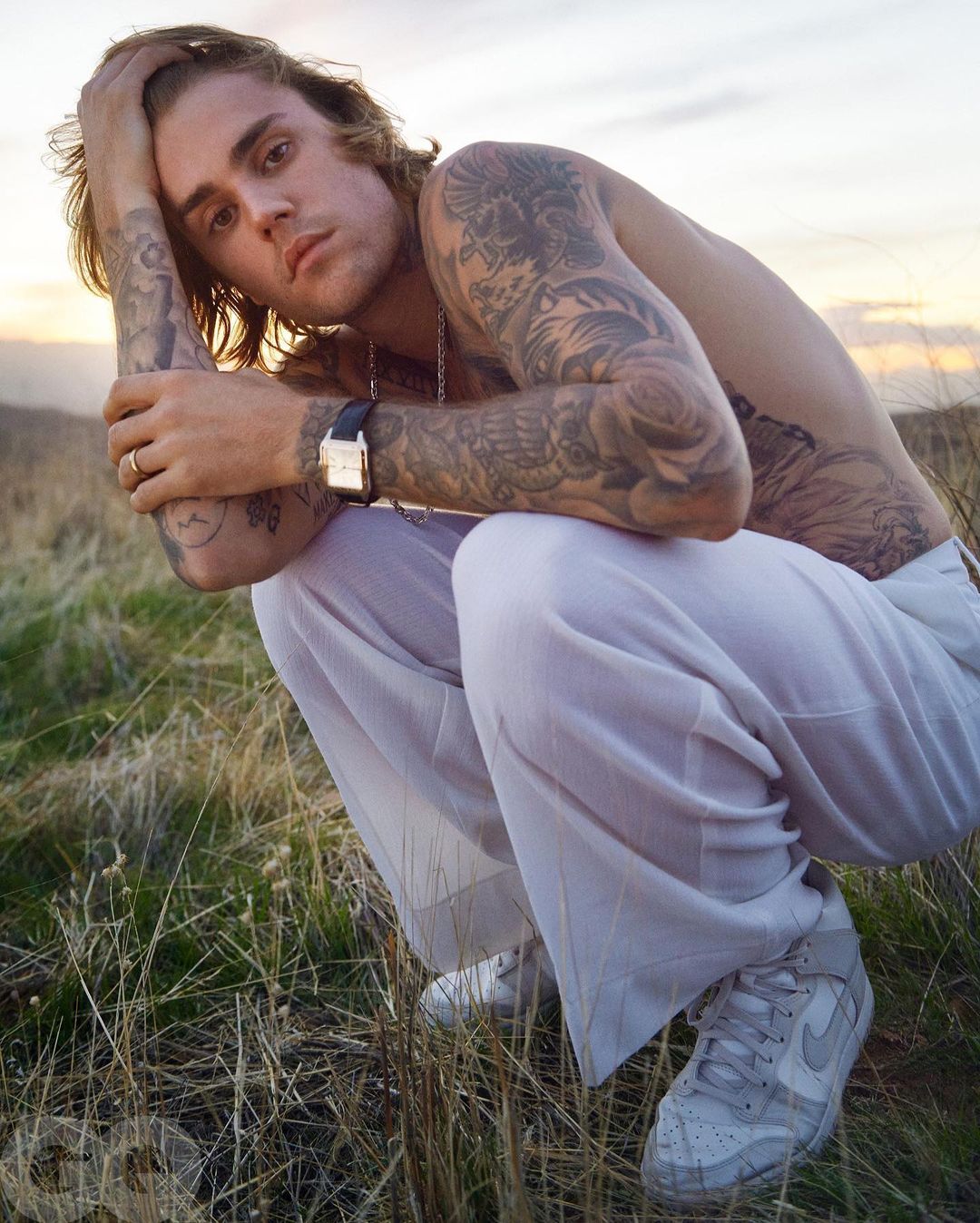 On his first year as a married man:

The first year of marriage was really tough, because there was a lot, going back to the trauma stuff. There was just lack of trust. There was all these things that you don’t want to admit to the person that you’re with because it’s scary. You don’t want to scare them off by saying, ‘I’m scared.’

On getting married to Hailey: 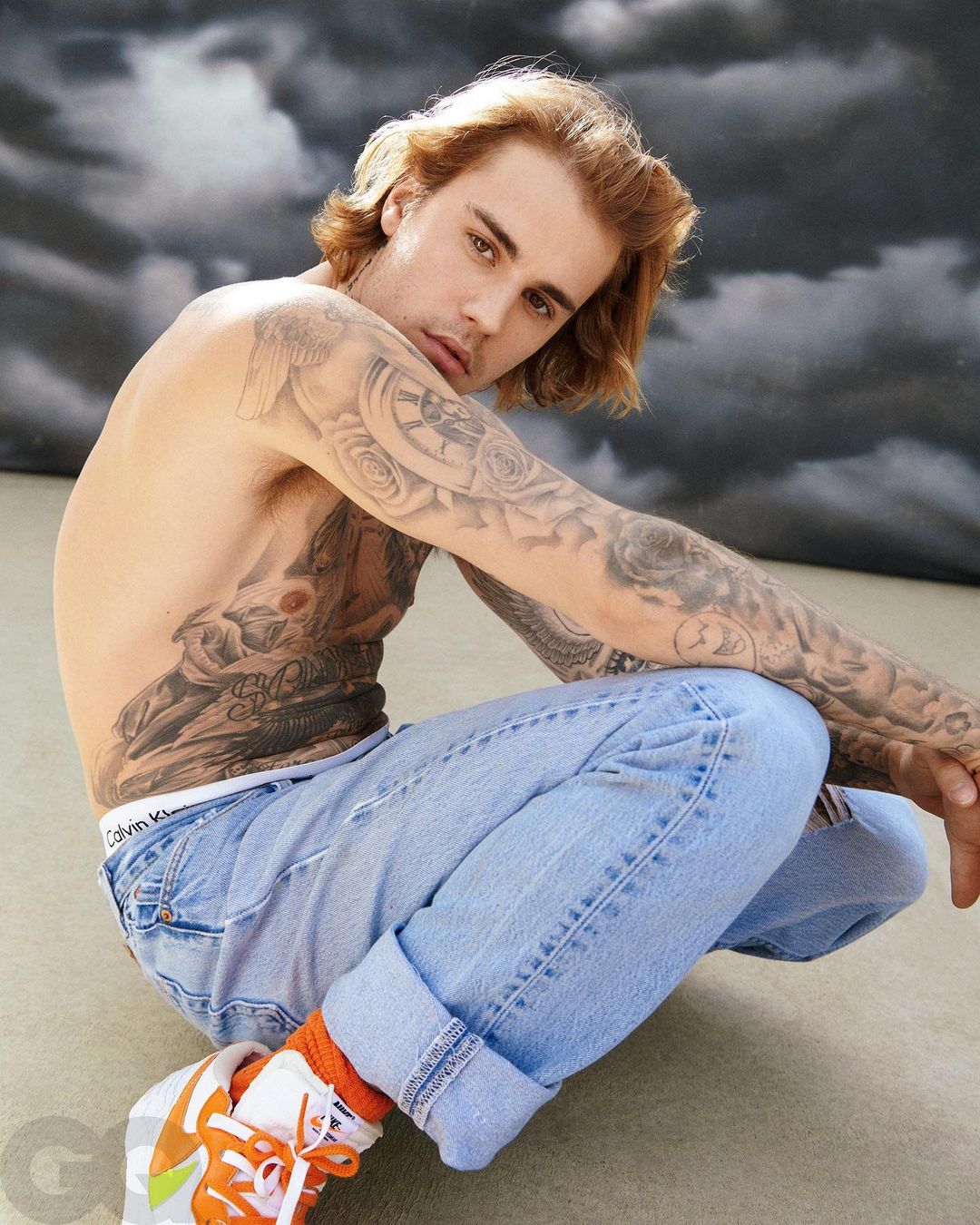 Talking about his faith, God and what he believes

He is grace. Every time we mess up, He’s picking us back up every single time. That’s how I view it. And so it’s like, ‘I made a mistake. I won’t dwell in it. I don’t sit in shame. But it actually makes me want to do better.’  I am not a believer myself. My goal isn’t to try and persuade anybody to believe in what I believe or condemn anybody for not believing what I believe. If it can help someone, great. If someone’s like, ‘Hey, I don’t believe that. I don’t think that’s true,’ by all means, that’s their prerogative.

I just kept trusting what He said and what He’s saying to me. And I just believe He speaks to me. It’s not audible. I don’t hear His audible voice. I don’t know if people do. I know people have said it, and in the Bible, it talks about that, but I just never heard it. It’s more like nudges: Don’t do this. Or: Set these boundaries.” 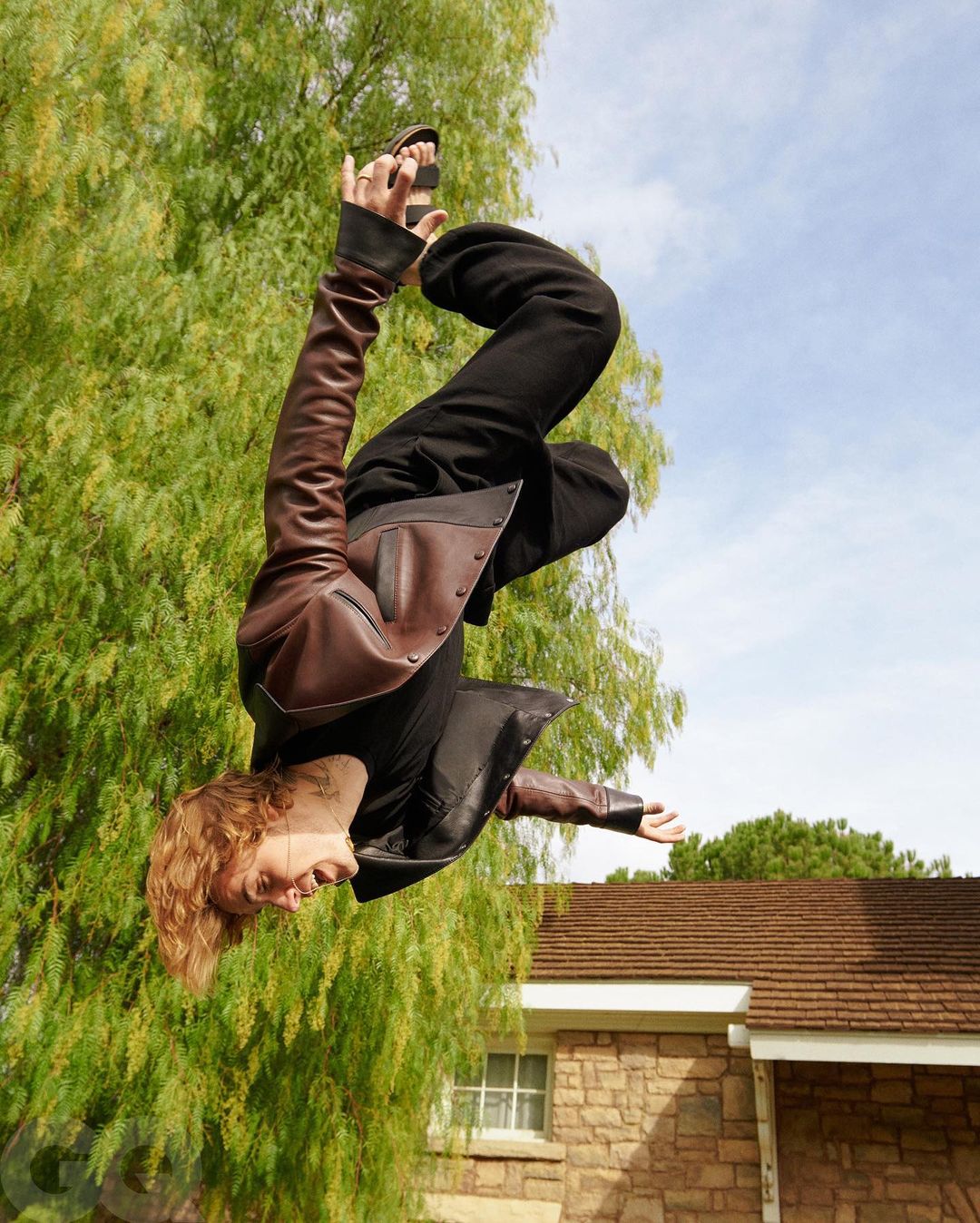 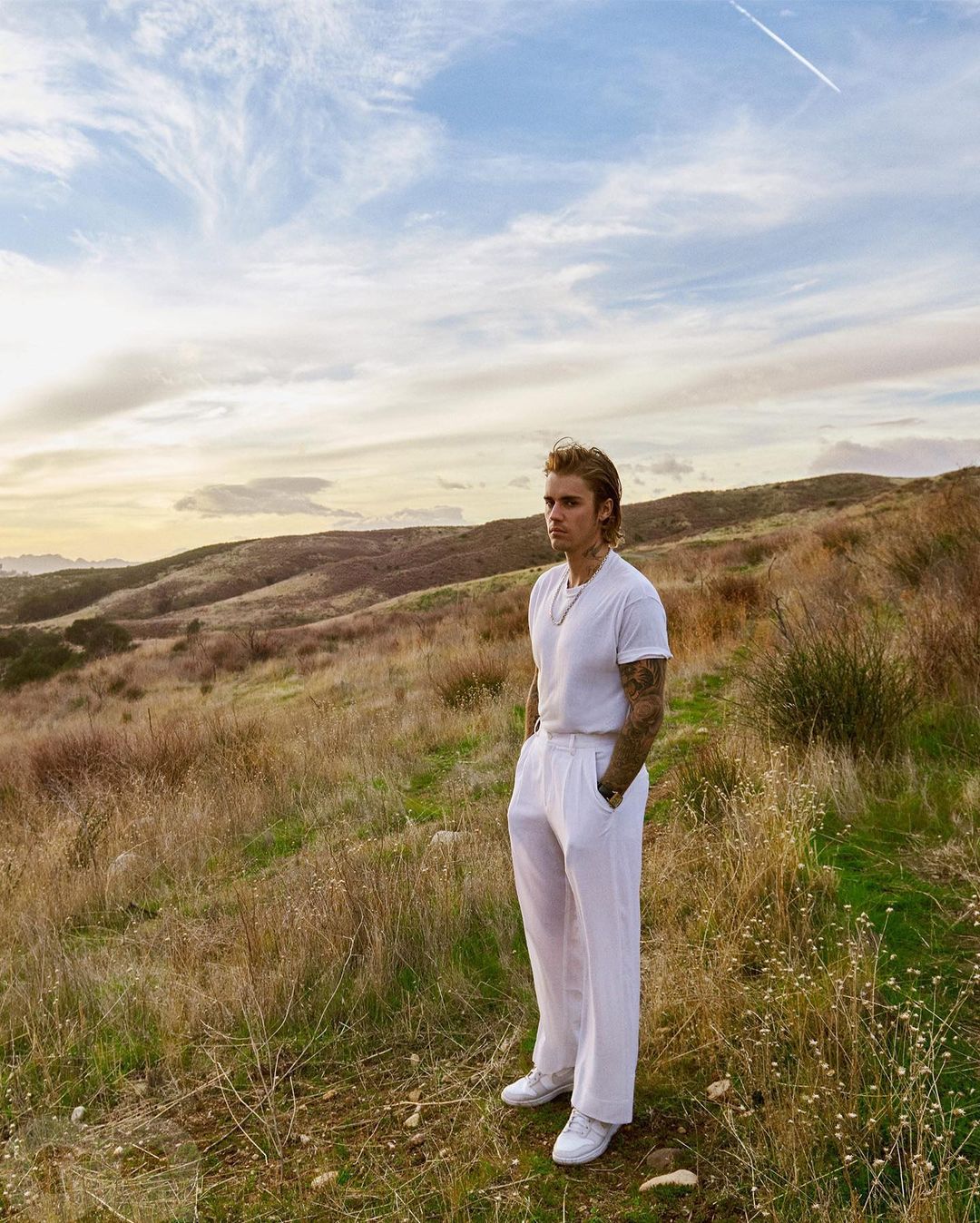