Mr. P has finally released his much-anticipated album “The Prodigal“.

The 16-track album features Tiwa Savage on “I Do“, Wande Coal on “Follow My Lead“, Singah on “Paloma” and “Lola Diego“, Mohombi on “Just Like That“, Simi, Teni and Tamar Braxton on “I Love You“, DJ Switch on “Prodigal” and Ovie Kelz on “Grow Old“. 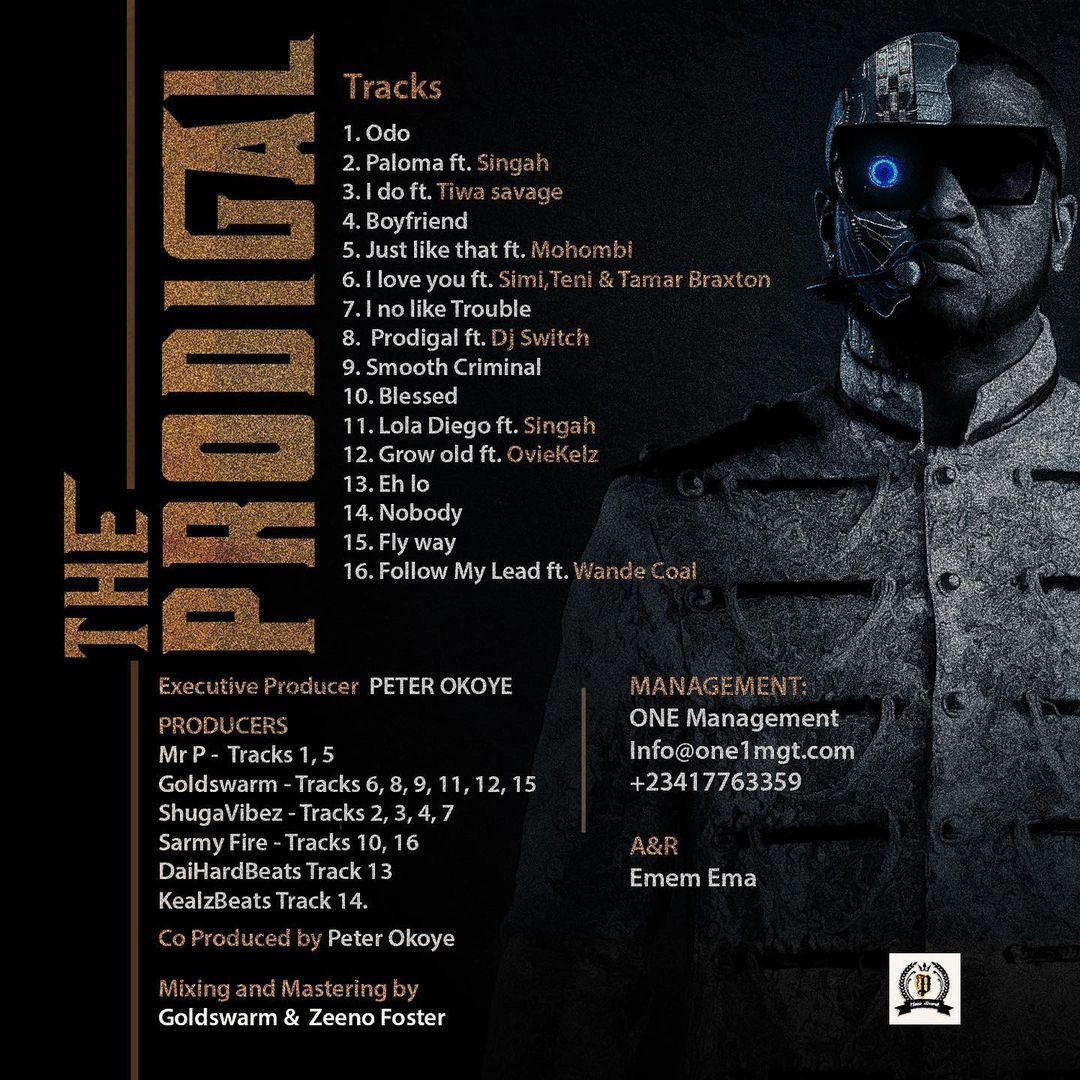 Goldswarm and Zeeno Foster take credit for mixing and mastering.