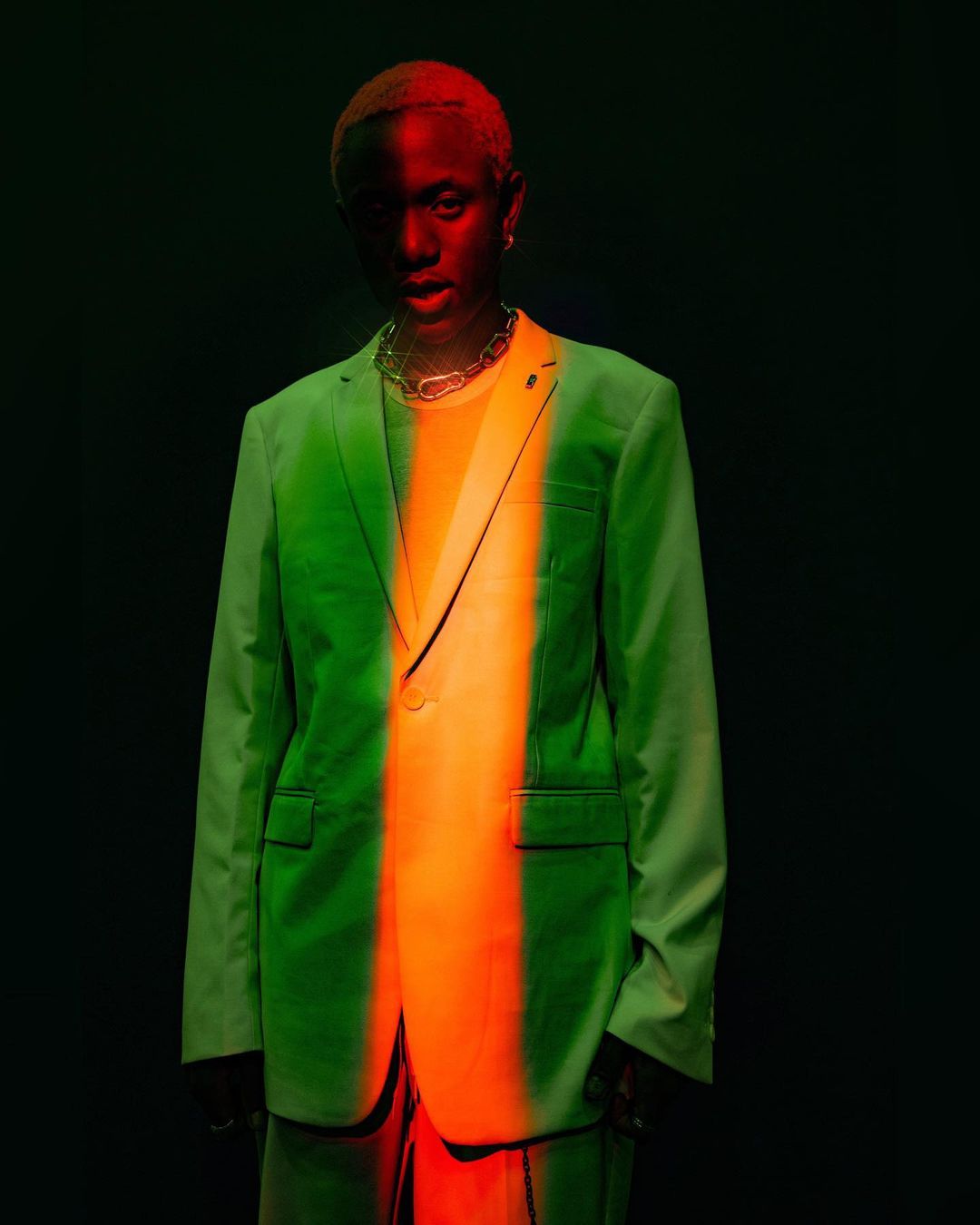 On the 26th of April, Nigerian singer Victony was reportedly involved in a fatal accident in which he sustained severe injuries/fractures and had to undergo surgeries.

An official press statement by the singer’s team has been released on his health, announcing that he has successfully undergone all surgeries and is currently recuperating. “He has left the ICU and is in high spirit,” the statement says.

Showing appreciation for the response towards a call made earlier to raise funds for Victony’s surgeries and physiotherapy, the statement further reads:

We would also like to appreciate everyone who responded swiftly to our call for help in the form of finances and prayers. We were able to raise enough funds to pay for all his surgeries and also his physiotherapy. He is currently recuperating gradually and we are glad about the progress he has made so far. 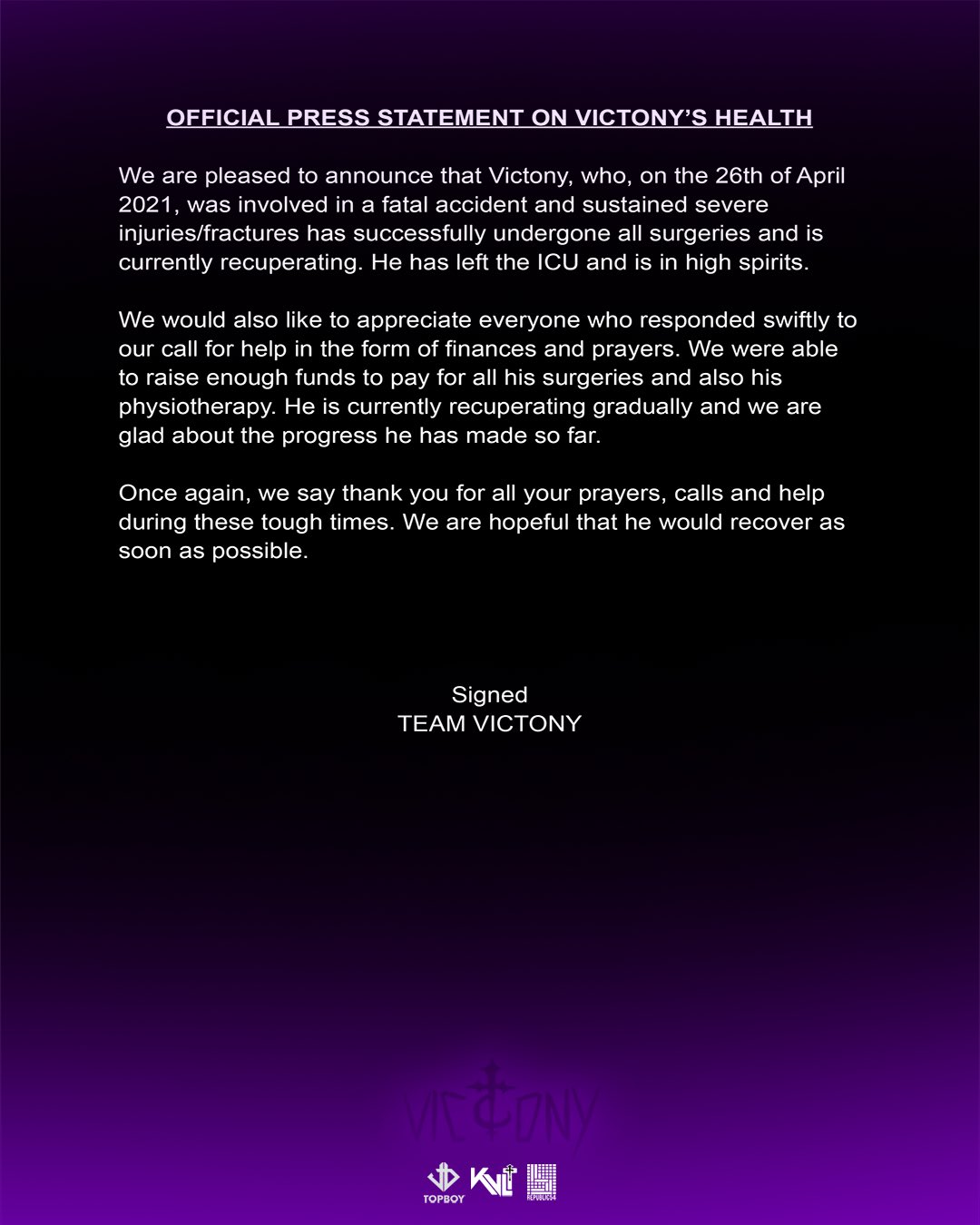 We can’t thank you enough for the prayers and support . Let’s keep praying and wishing @vict0ny a speedy recovery ?✝️ pic.twitter.com/vhHNXTBcG1