Kim Kardashian West's SKIMS is Heading to the Olympics 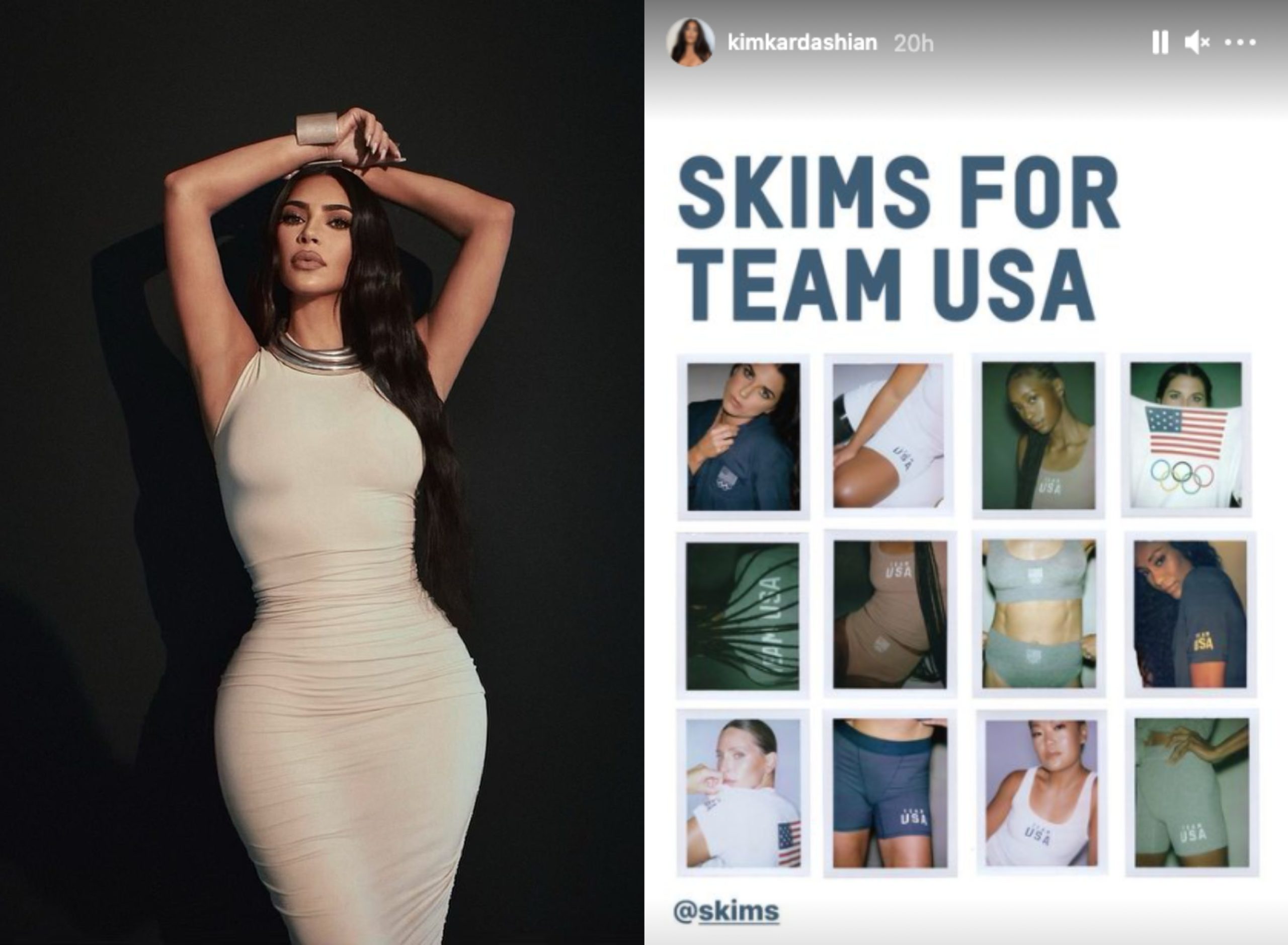 Kim Kardashian West revealed in a lengthy Instagram post that her shapewear business, SKIMS, would design the official undergarments, loungewear, and pyjamas for Team USA during the Tokyo Olympics this summer.

She spoke about her childhood love of the Olympics and how her connection with stepfather Caitlyn Jenner, a retired Olympic gold medal-winning decathlete, influenced her views towards the partnership.

Ever since I was 10 years old, I’ve heard every single detail about the Olympics from my stepdad. As I would watch the athletes compete, I would grow to understand the dedication and honor being a part of the Olympics embodied. I traveled w my stepdad and family to all different cities for the Olympic trials, the Olympics and track meets of @caitlynjenner’s and at every stop I would buy an Olympic t-shirt as a souvenir.

When I received the call inviting Skims to be a part of @TeamUSA ??, every moment I’ve spent admiring the strength and energy of the Olympians from the sidelines came full circle.

I am honored to announce that @skims is designing the official team USA undergarments, pajamas and lounge wear for the athletes this year in Tokyo and the same pieces will be available in a capsule collection at SKIMS.COM ??

Beginning July 12, the company would debut a capsule collection of the products that athletes are wearing in Tokyo on its website. As the official apparel provider for the Tokyo Olympics, SKIMS joins Team USA’s long-time partners Nike and Ralph Lauren.

In a statement, Peter Zeytoonjian, senior vice president of consumer goods at U.S. Olympic & Paralympic Properties, stated, “SKIMS’ shared mission and values of empowerment and inclusivity made the brand the perfect fit for Team USA.”