They sang their way into our hearts week after week and now they are the last 5 standing on the Nigerian Idol competition.

When the Nigerian Idol Season 6 live show started, we were all looking forward to seeing the variety of talent that would grace the stage. We’ve heard the good, the very good, and the performances that left us with goose bumps!

It’s been weeks of live shows and eliminations but now we have the top 5. These 5 have proven themselves to be a revelation to not only the judges but to Nigerians at large. As we head into the business end of this show, here’s a refresher on how these top 5 have fared and their musical journeys so far. 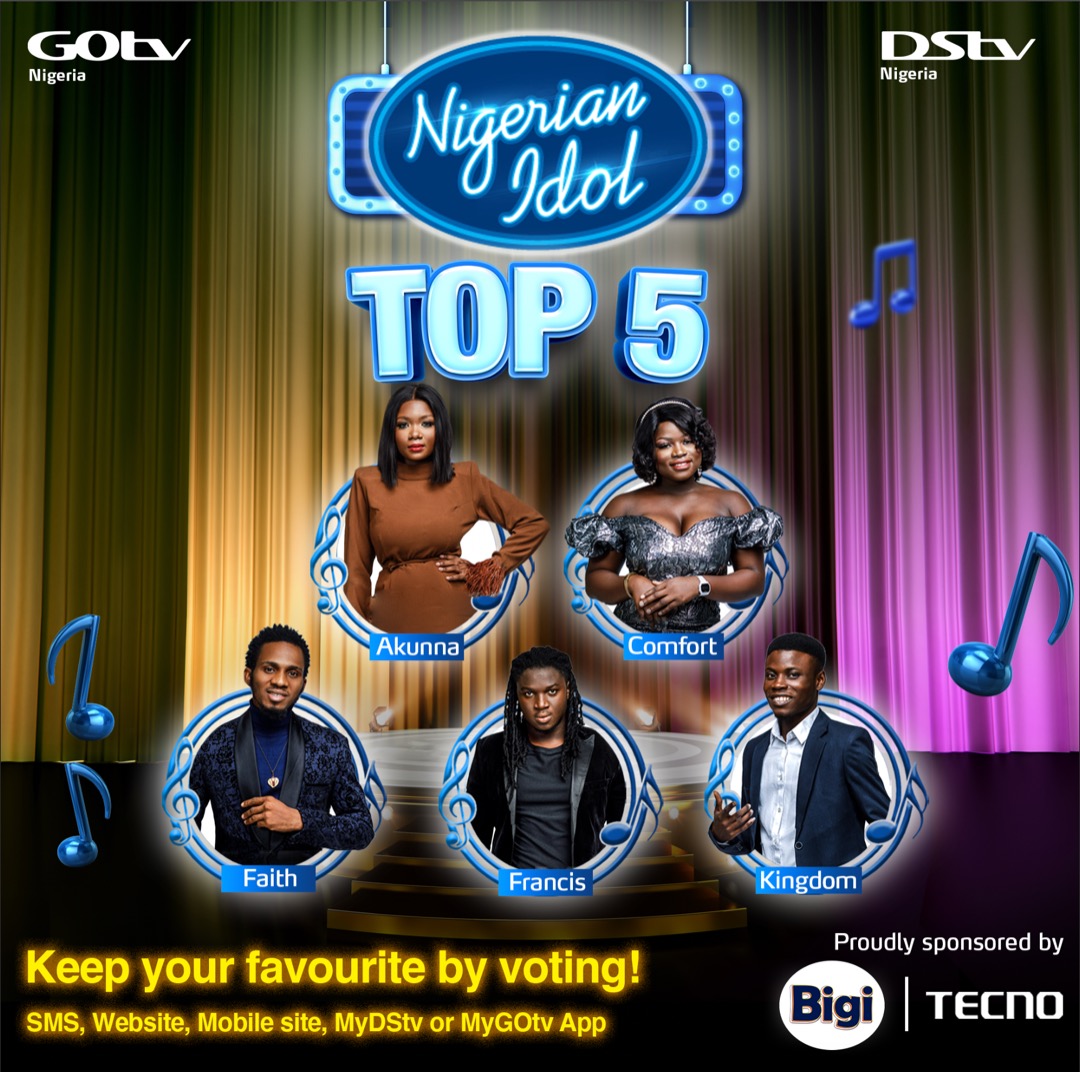 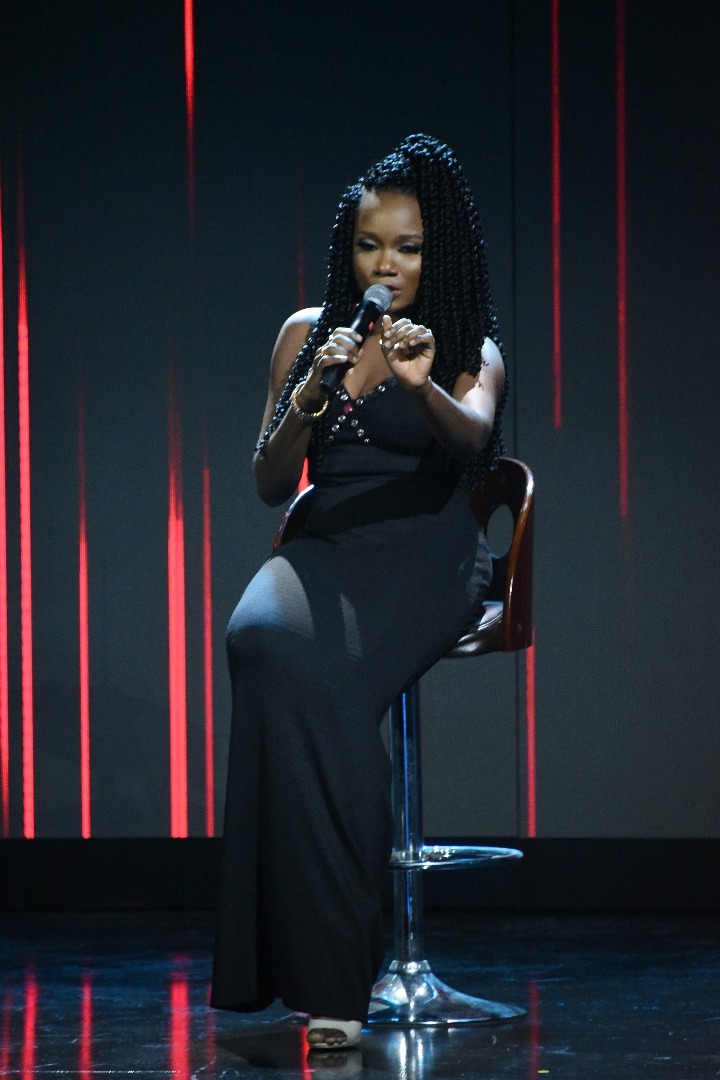 Akunna Okechukwu, who goes by the stage name AK, is a 23-year-old entertainment and intellectual property lawyer who lives in Lagos. She comes from a musical family – her elder sister is an artist, and her brother sings. She started singing at age six in the children’s choir.
Akunna has been consistent from the beginning of the show right to this very moment and her performance of XO by Beyonce particularly caught the attention of many, winning her loyal fans.

Akunna joined Nigerian Idol in hopes that she could share her gifts with the world and inspire people. She wants the world to know this side of her, and she can’t wait to showcase all she has learned. 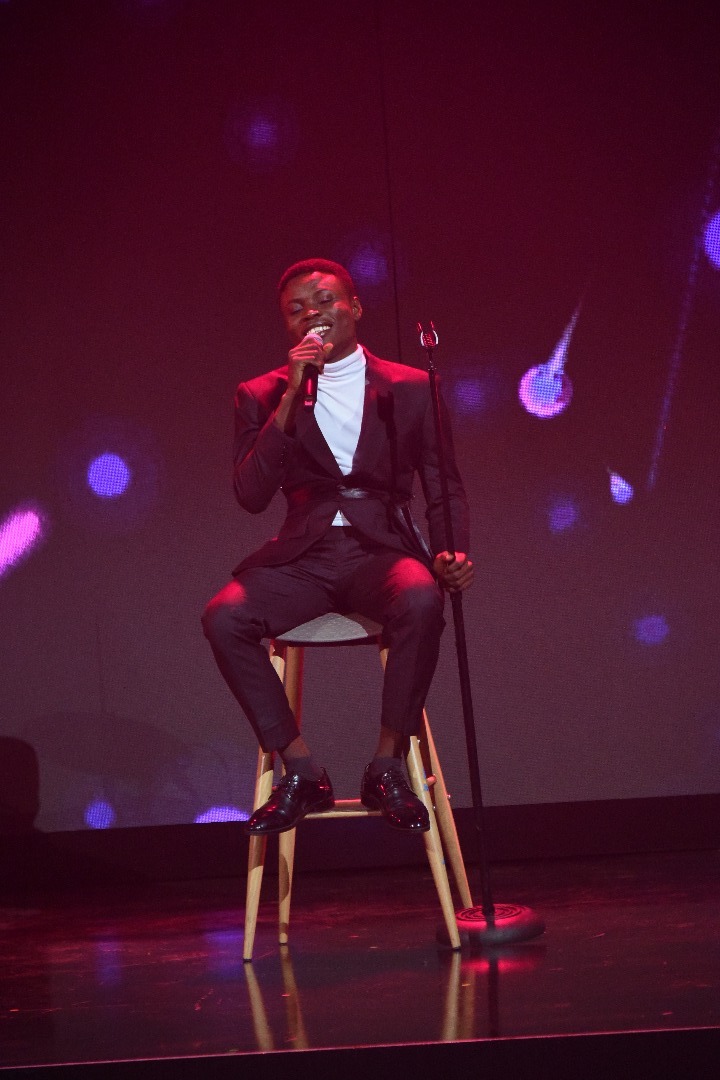 Kingdom Kroseide is a student of Computer Science and Informatics at Federal University, Otuoke. Not only does he sing, but he also teaches music. Kingdom’s love for music came from his affinity for the combination of sounds. For that reason, he learned to build his vocal ability and taught himself to sing by watching videos.

Kingdom is known for his electrifying and infectious performances during the live shows. Kingdom received a standing ovation from the judges during the last live show with guest judge, Mr. P, showering him with enormous praise as he performed Bruno Mars and Nina Simon’s songs.

Kingdom juggles schooling and making music to achieve his dreams. For Kingdom, Nigerian Idol is a way to put himself out there, so the music he makes reaches the right ears. He has songs in the works, and he can’t wait to release them. 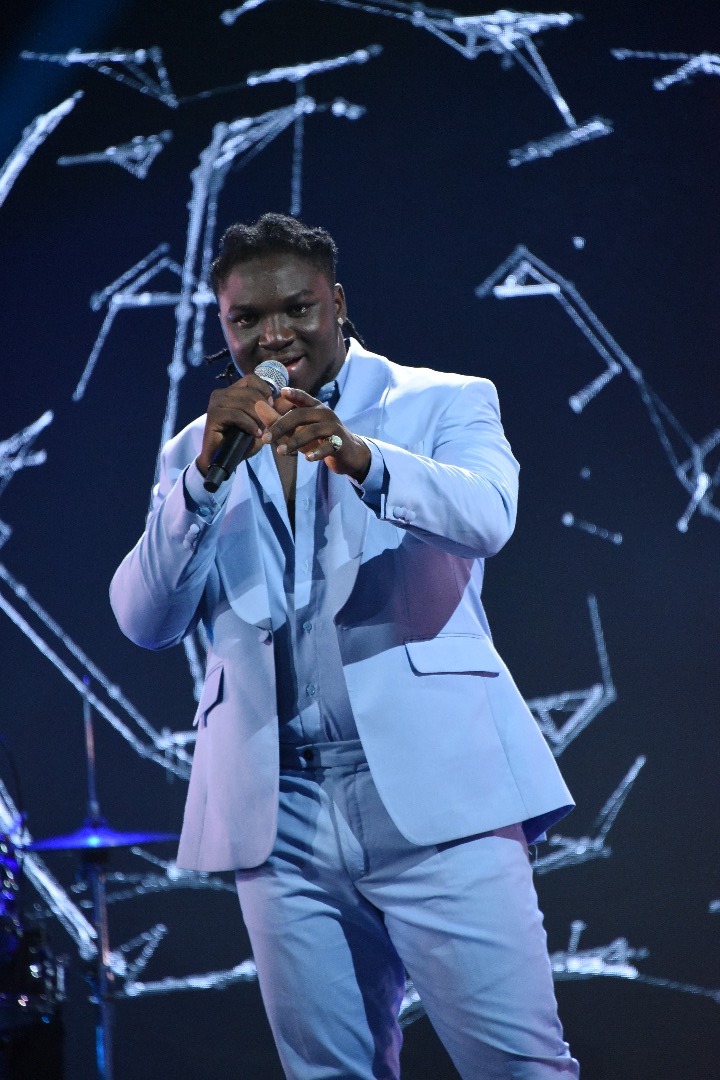 Francis Atela hails from Benue State but has spent all his life in Jos. He found out about the auditions through social media, and he went for it. This isn’t his first time, though; he auditioned for the show some years back in Abuja.

Francis has been singing for about 11 years and started in the church choir. Professionally, he started singing four years ago when he signed to a small label. For Francis, Nigerian Idol is a platform to bare his soul and showcase his authentic self.

Without a doubt, Francis is a serious candidate for the top prize at the end of the show. He is also one of the most talked about contestants on social media as he constantly churns out amazing performances week after week. Francis’ cover of “Writing on the Wall’ was a defining moment for him on the show as he won over many fans. His performances have become even better every other week. 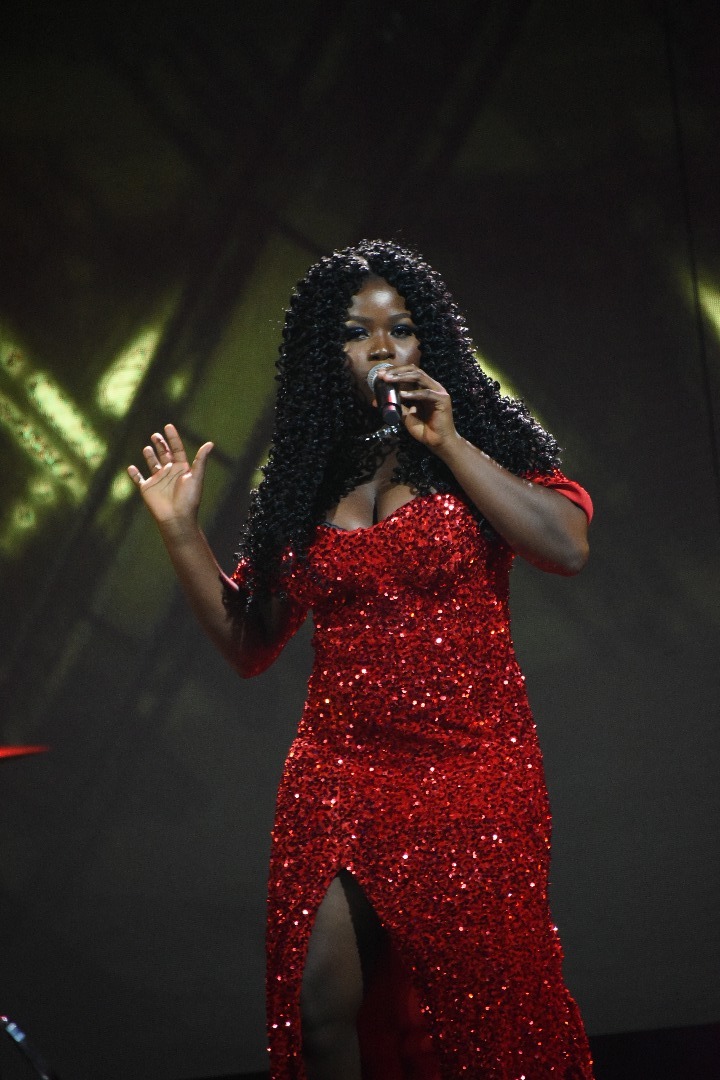 Comfort Alalade hails from Osun State, but the 18-year-old stays in Lagos with her parents. She developed a love for singing at a young age and joined the choir in school and church. She would also get invited to programs to sing.

Comfort believes that grace got her this far, and she hopes that she can show what she has learned so far and wow the audience.

Comfort has grown immensely on the show as we see different versions of her every week. Many fans still refer to that unforgettable moment when Comfort flawlessly performed Styl-Plus’s “Olufunmi” .

Comfort is undoubtedly talented, and she will be hoping to be this season’s Idol in a few weeks. 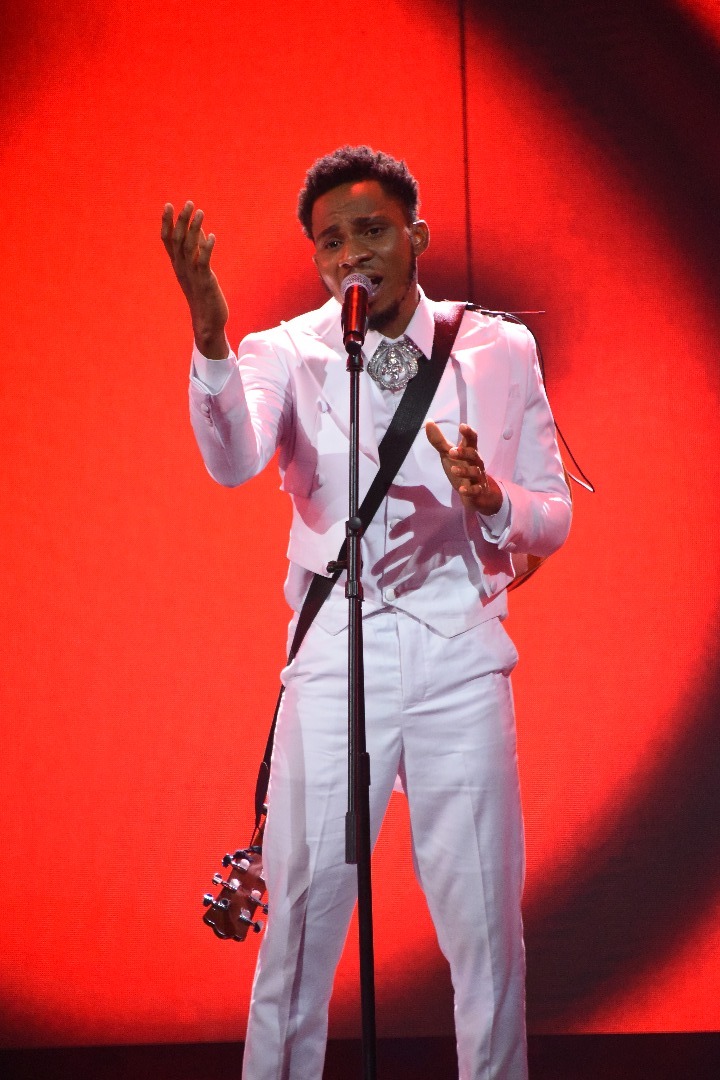 Faith is a 19-year-old student of Nutrition and Dietetics at the University of Nigeria, Nsukka. Fun fact: the first words he ever spoke were through a song! Faith has been singing for 15 years, but this is his first big competition. He has made the most of the competition and his talent continues to shine through with the judges always impressed by his musical dexterity. Faith performed “All Time Low” by John Bellion twice in the competition and he got Seyi Shay hooked on both occasions.

One thing he’s learned as a contestant so far is never to give up. There are always people out there that are better than you, but that shouldn’t weigh you down. He thinks he has what it takes to be the next Nigerian Idol and isn’t letting anyone intimidate him.

Meanwhile, voting is on for the top 5 till Wednesday, 16 June at 9pm.

Vote for your favourite contestant as the power to determine who stays and who leaves is solely in the hands of the viewers.

Voting on Nigerian Idol is via the website, mobile site, MyDStv, and MyGOtv apps and via SMS, which is available only in Nigeria. You can vote for your favourite contestant via the Africa Magic website, www.africamagic.tv/nigerianidol, and the Africa Magic mobile site by selecting contestants of your choice and entering your number of votes and click VOTE. Voting via these platforms is limited to 100 votes per user. MyDStv App and MyGOtv App votes are free, and votes are allocated based on your subscription packages.