Episode 2 of ‘They Said I Couldn’t’ features the story of the Founder of Sixth Sense Interiors, a leading interior design firm in Nigeria.
‘They said I Couldn’t’ is a docu-series brought to you by Sunlight Nigeria in collaboration with Under 40 CEOs. 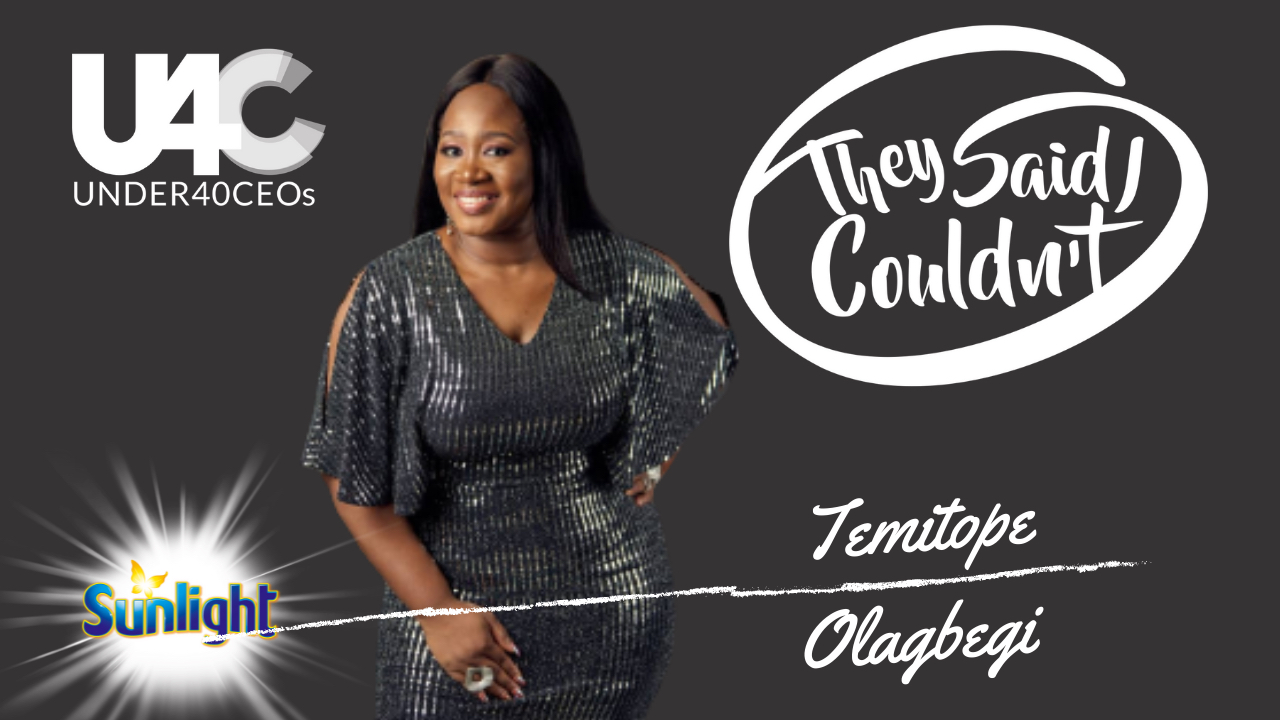 This series tells the stories of 10 young female leaders who share something in common – They were all told they couldn’t.
However, they chose to challenge the status quo and rise above the restrictions placed on their femininity. Every woman has a story, carefully woven along her individual path and we are here to tell that story.

A multi-passionate entrepreneur, Tope is an alumnus of the Sheffield School of Interiors and Ivy House Design School in  England where she received an Advanced Diploma in Interior Design. She received her Bachelor’s degree in Accounting from the University of Lagos.
Her firm Sixth Sense has made a mark in the interior design industry in Nigeria. Sixth Sense is a furniture and interior decoration brand. Over the years, Tope has learnt to own her story, and is very passionate about sharing her life experiences through her writings, masterclasses, conferences and various platforms when she is invited to speak.

Tope’s firm, Sixth Sense was formally established in 2004 even though she had been doing business under the name Sixth Sense since 1999 as an undergraduate. With four offices in Lagos so far and numerous awards under her belt, Temitope Olagbegi has also launched an academy that trains interior design enthusiasts.