Kemi Adetiba & Toni Tones spill some "King Of Boys: The Return Of The King" Tea on "I Said What I Said" Podcast 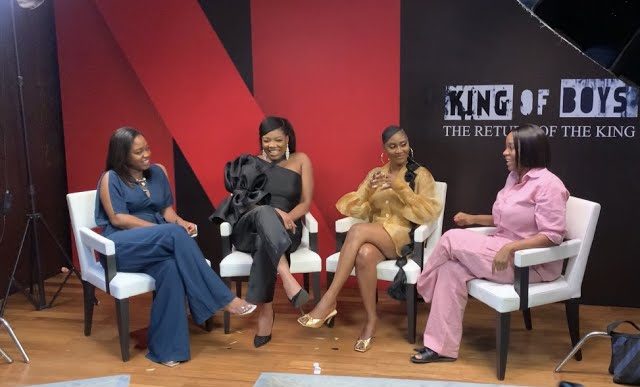 This episode of “I Said What I Said” is a “King Of Boys” special!

FK Abudu and Jollz Ayeye are joined by Kemi Adetiba and Toni Tones giving us all the inside scoop on the Netflix series “King Of Boys: The Return Of The King“.

Director and showrunner, Kemi Adetiba shares the concept behind the KOB story, the creative process of making the movie, and Toni Tones share the inspiration behind playing her character as young Eniola Salami.

Listen to the full episode to get all the gist!