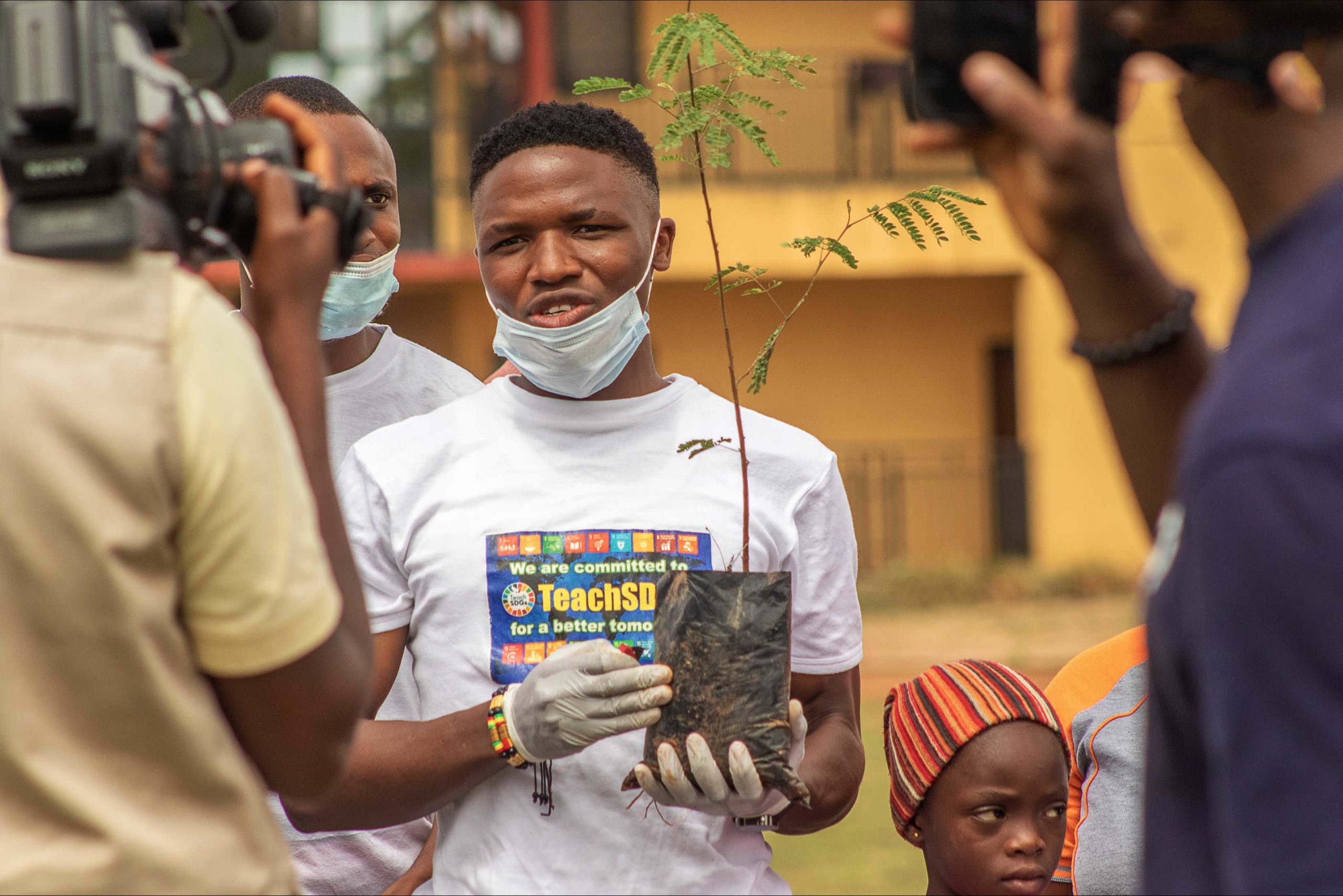 “I watched my father moved in and out of the hospital but the doctors couldn’t figure what it was until 3 months before he died. Cancer is a horrible experience,” said Naphtali Obed Akudung, who lost his dad to leukemia.

That was the day he became a climate reality leader. Akudung blamed the environment around the family’s home for his father’s illness. It is a vastly different environment from what he remembers when he was young, he said.

“At age 4 I literally could remember nothing but the humming sounds from birds, the perfect expression of nature, the cool breeze that blows and the serene environment we all enjoyed, taking under the trees as we in Richa, a village in Bokkos LGA, Plateau State, Nigeria. But all these have been replaced with houses, factories and cemented grounds.”

“If only we knew what it was, he wouldn’t have died.’

The delayed diagnosis was not what made Akudung most bitter, however. It was the human footprint on the environment. That is what he ultimately blamed for his father’s death.

Three years ago, Akudung came across the impacts of climate change, during his studies. The experience informed his choice of final year topics at university, where he studied Physics. Ironically, it was his father who supported him most, in his choice.

“Whenever I hear my dad’s words ringing in my heart, it motivates me. I had secured admission at Watson Institute and I remember him telling me, ‘son this is about your future. Myself and your mum will do everything to support you’.” 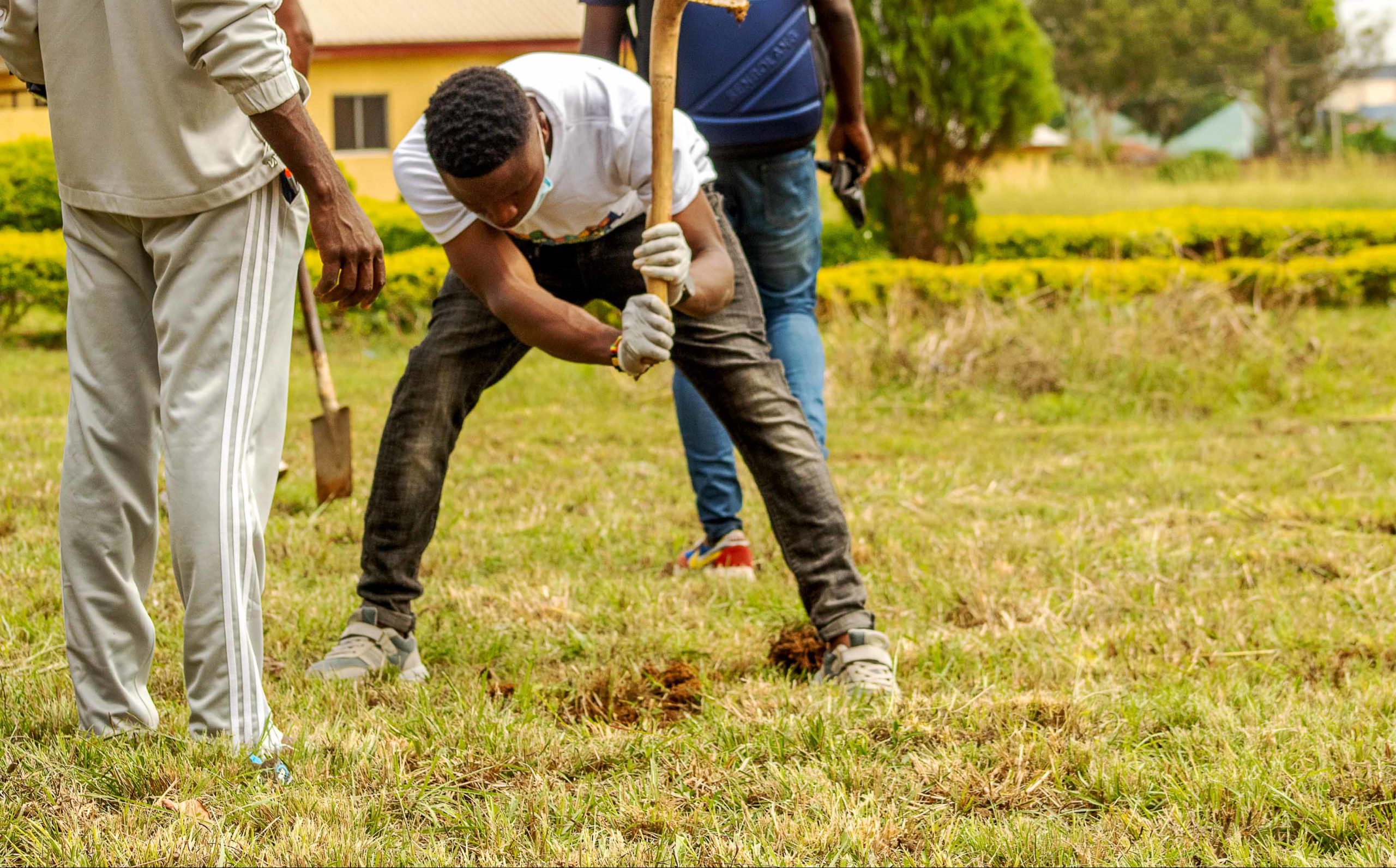 That was, until death came and changed the story forever. Akudung’s studies, however, had given him insight into the causes of his father’s leukemia. He blames particulates in the air.

“During my thesis, I noticed plastic pop (persistent organic pollutants) pollutions constitute the highest emitter of particulates during burning, especially PM2.5 (a fine Particulate Matter) and PM 10 (Particulate Matter of ten microns across, inhalable and dangerous) a dangerous pollutant to both human health and the entire ecosystem. And the environment needs plants to balance this problem.”

That realisation sparked an idea – and a new determination. The combination of his research and the experience of watching his father die forced Akudung onto a new journey.

“Initially, I wanted to begin with remodelling plastic waste but it was cost-intensive. I wanted something I can start immediately, in my little way,” he explained.

“One of the days I saw a tweet by a friend about planting trees. I thought this was a brilliant idea. Soon we became a force. Together we had the same goal but with different motives. He wanted cool air. For me, it was just a fight to eliminate cancer.” 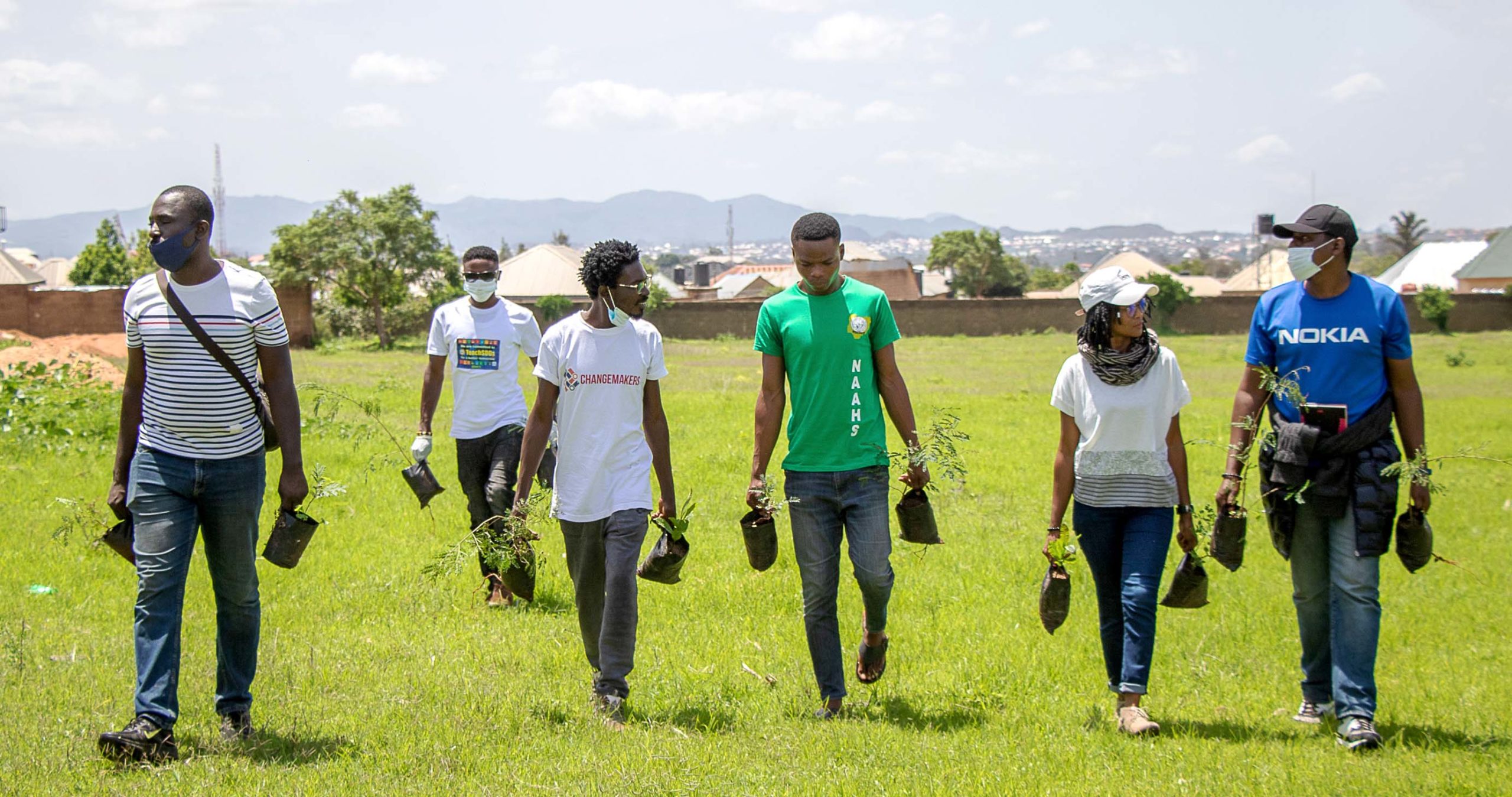 Whatever their motivations, the pairing worked well and the duo became a team. They decided to target the planting of 17,000 trees.

There were questions around the sustainability of the project, including worries not just about the planting but also the nurturing of so many trees. At that point, the two realised they would have to turn to technology. So they partnered with one of the leading technology centres in the region, mHub in Jos, the Plateau state capital.

“We have partners and nHub is the greatest of all. I just needed to explain to them what the app would assist us with – including data gathering, social media platforms for three planters and (to) track trees, using Google maps.”

With the newly developed technology at their disposal, their goals suddenly became a lot easier to achieve, Akudung said.

“Part of the challenges that we faced included support and funding for seedlings but it is said that when someone sets out to achieve something, the universe conspires to help him achieve,” he said.

Their organisation, Go Green, now has partners who provide them with both seedlings and cow dung with which volunteers can plant the trees.

“The plant gardens give us… economy seedlings. This is to encourage people to plant, We mostly plant seeds in schools because we want the children to embrace the culture of planting. It’s like, ‘catch them young’.” 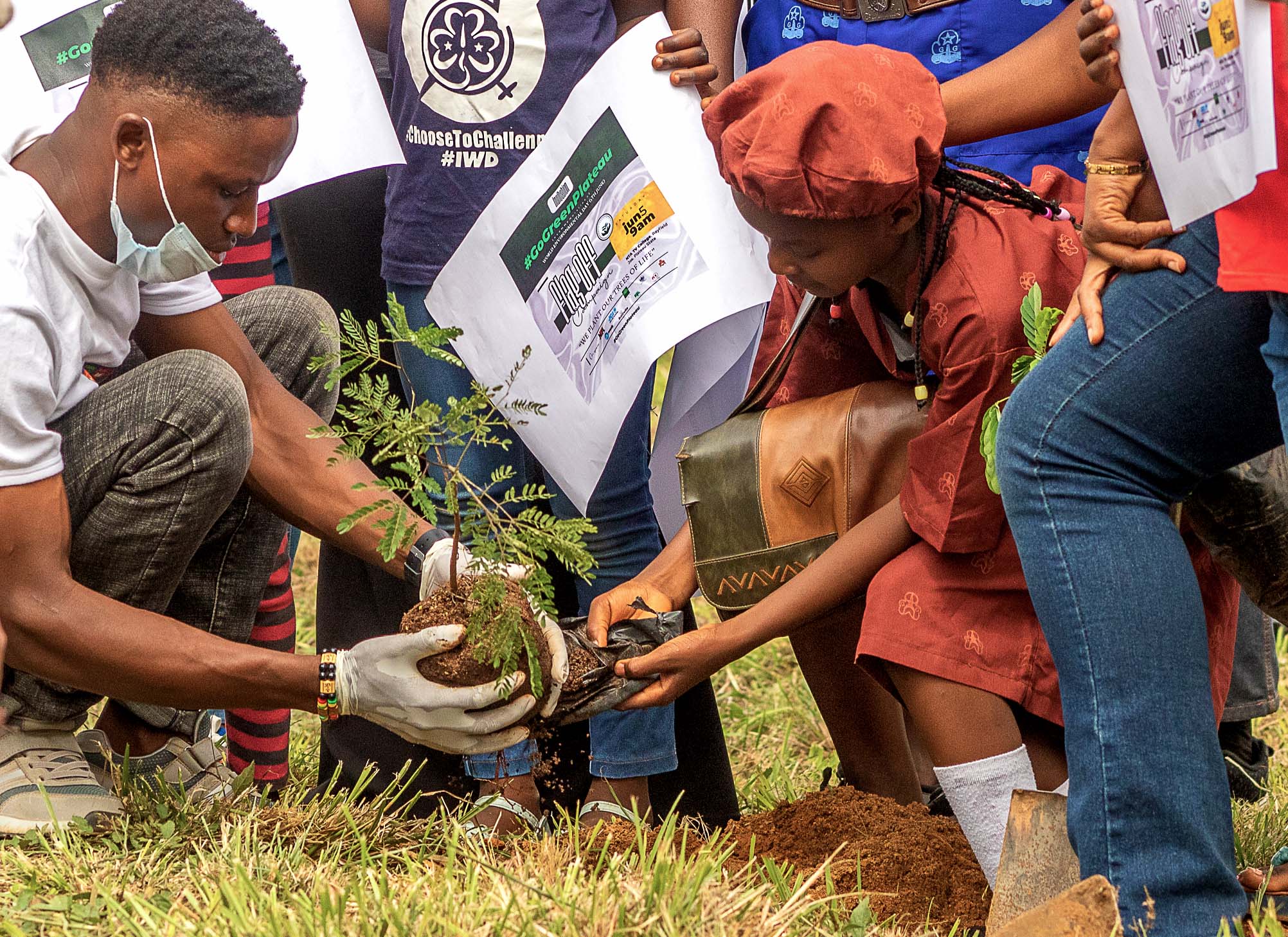 Akudung is excited about the app. Currently 70% ready, the app, he believes, will be a game-changer. It will include a social media platform for the tree planters that also includes graphs on atmospheric conditions, as well as an ability to track locations. The organisers believe that this will result in a database with much more precision for subsequent engagement.