Sola Sobowale & Nse Ikpe-Etim Are Proud of their Role in "King of Boys: The Return of the King" | Watch 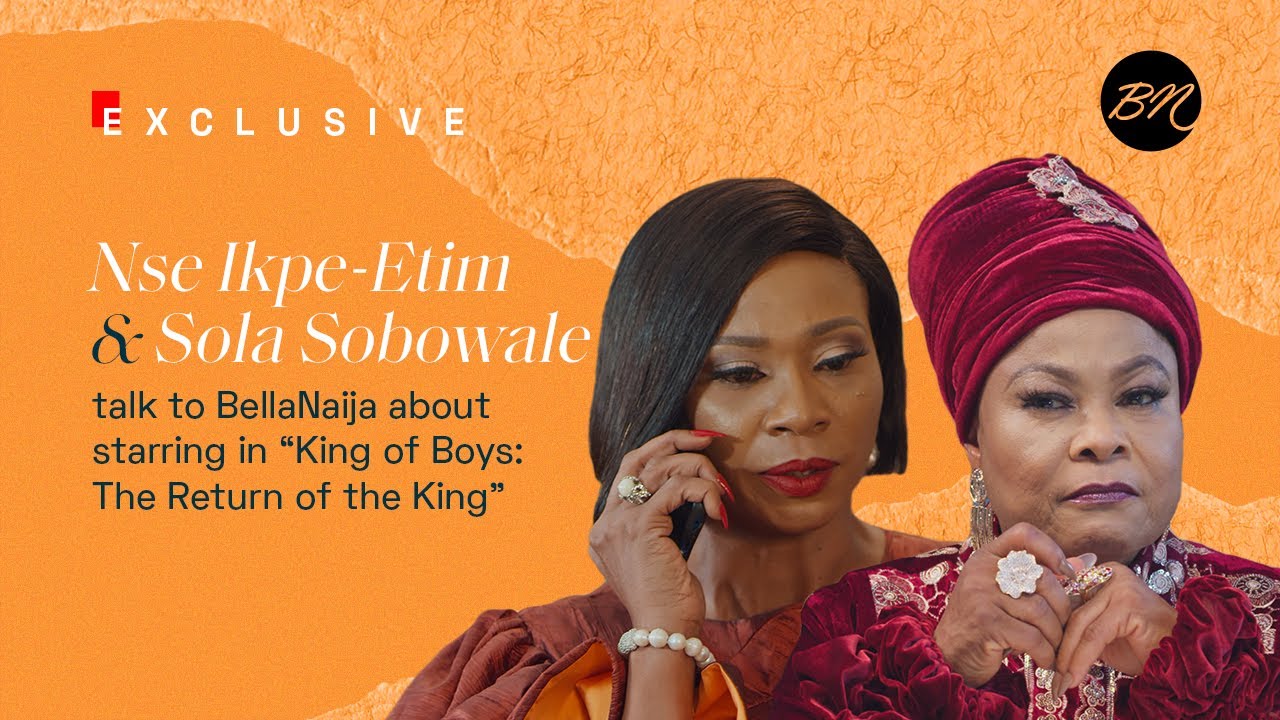 It’s not easy to play a powerful persona, especially when fans like the KOB Army are rooting for you not to sully a character they hold with so much love and respect.

After almost waiting for three years, fans finally get a “King of Boys” sequel, this time, in a 7-part limited series which is Netflix’s first from Nigeria.

In case you missed our interview with Toni Tones and Kemi Adetiba, you can watch it here.

Nse Ikpe-Etim and Sola Sobowale will undoubtedly be listed among the top 10 actresses in Nollywood who would always leave you with a fantastic performance and goosebumps.

Nse Ikpe-Etim, who plays Jumoke Randle, and Sola Sobowale the King of Boys herself a.k.a Laburu, spoke with BellaNaija ahead of “King of Boys: The Return of the King” debut to give us an insight into the joy, sweat, and labour that went into making this masterpiece.

Sola Sobowale, who reprised her role as Eniola Salami in “King of Boys: The Return of the King,” which will premiere on Netflix on August 27, admits that portraying the strong-willed, bloodthirsty, power-seeking woman was not an easy task, but if there’s one thing she wants people to take away from the film aside from the entertainment factor, she says:

I’ve been around for a while, I keep telling people, what do I want to leave behind. This is what I love doing, this is what God ordained me to do. I’m an entertainer, i’m a teacher, i’m a preacher, i’m a healer, that is who I am. I may teach in the class, but I’m still teaching in another way. You may not come to me as a nurse, but I’m giving you theraphy when you smile, I make you happy.

She continues, “And I say to myself, what type of story do I want to do now, a story that will change people’s lives? To make them better? That is what I stand for now. That is why I’m so happy, and I give God the glory to be part of this journey to be among this team of KOB… I am teaching you, I am healing you, and I am preaching the word of God to you to be good and to be kind…”

For Nse Ikpe-Etim, living the life of Jumoke Randle was lovely, and in her own words, she characterizes Jumoke as “an angel of swords”, “she was kind to herself”, “she was quite annoying”, “she was hungry for a lot of things”, and “a winner of sorts”.

Check out the video above to see the full conversation.