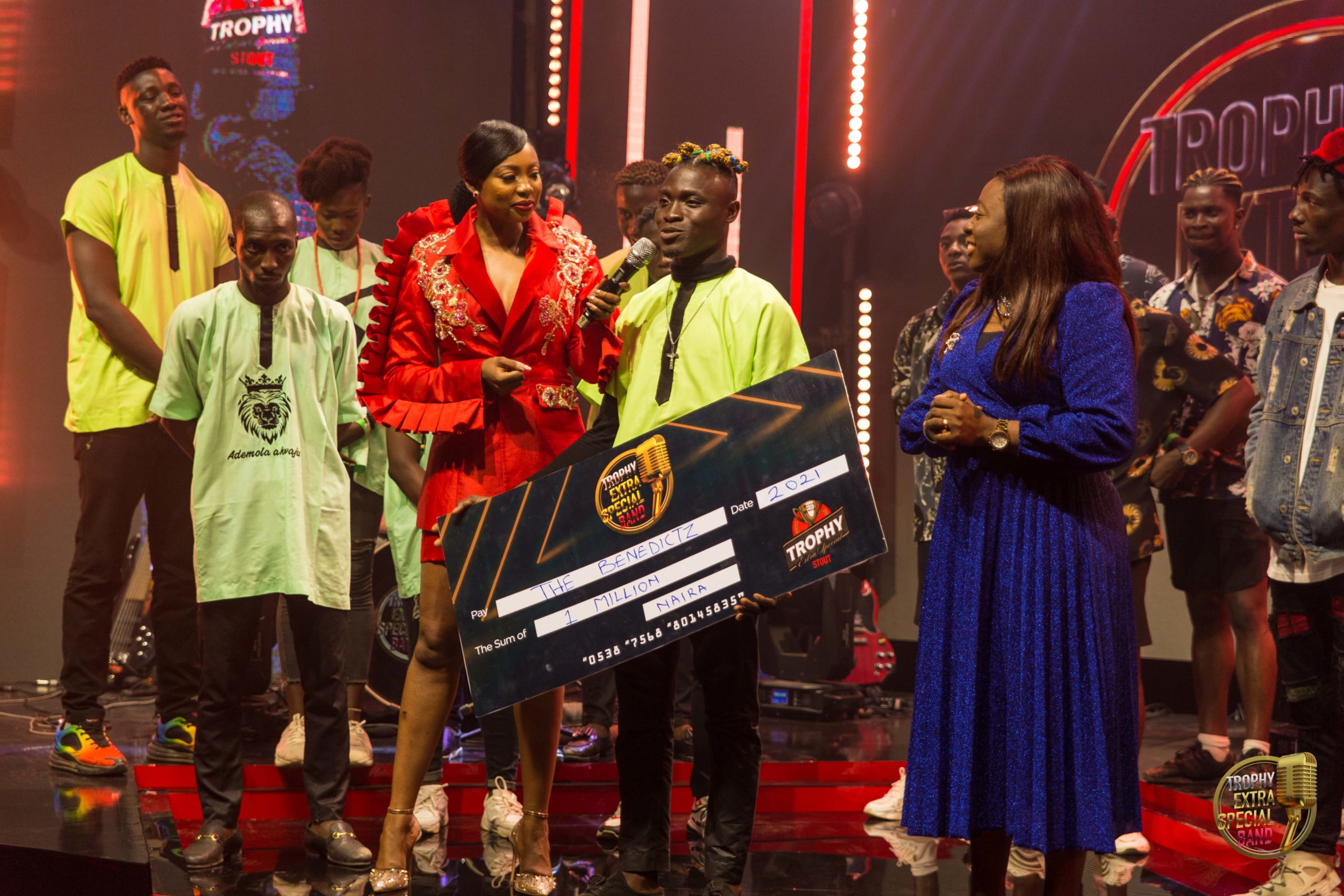 Edging out The Alian Tribe, Benedictz and Elixir – who came second, third and fourth respectively – with an exciting mashup of Naija hits songs, The Bandhitz got crowned the Extra-Special Band, walking away with the grand prize of N10 million and a brand-new set of musical instruments.

Ecstatic about their win, The Bandhitz said, “This competition made us discover so many things about ourselves as a band. It made us realise how much we can achieve if we stay dedicated to our craft. To have been crowned winners among all the amazing bands that performed over the last few weeks is truly exciting. 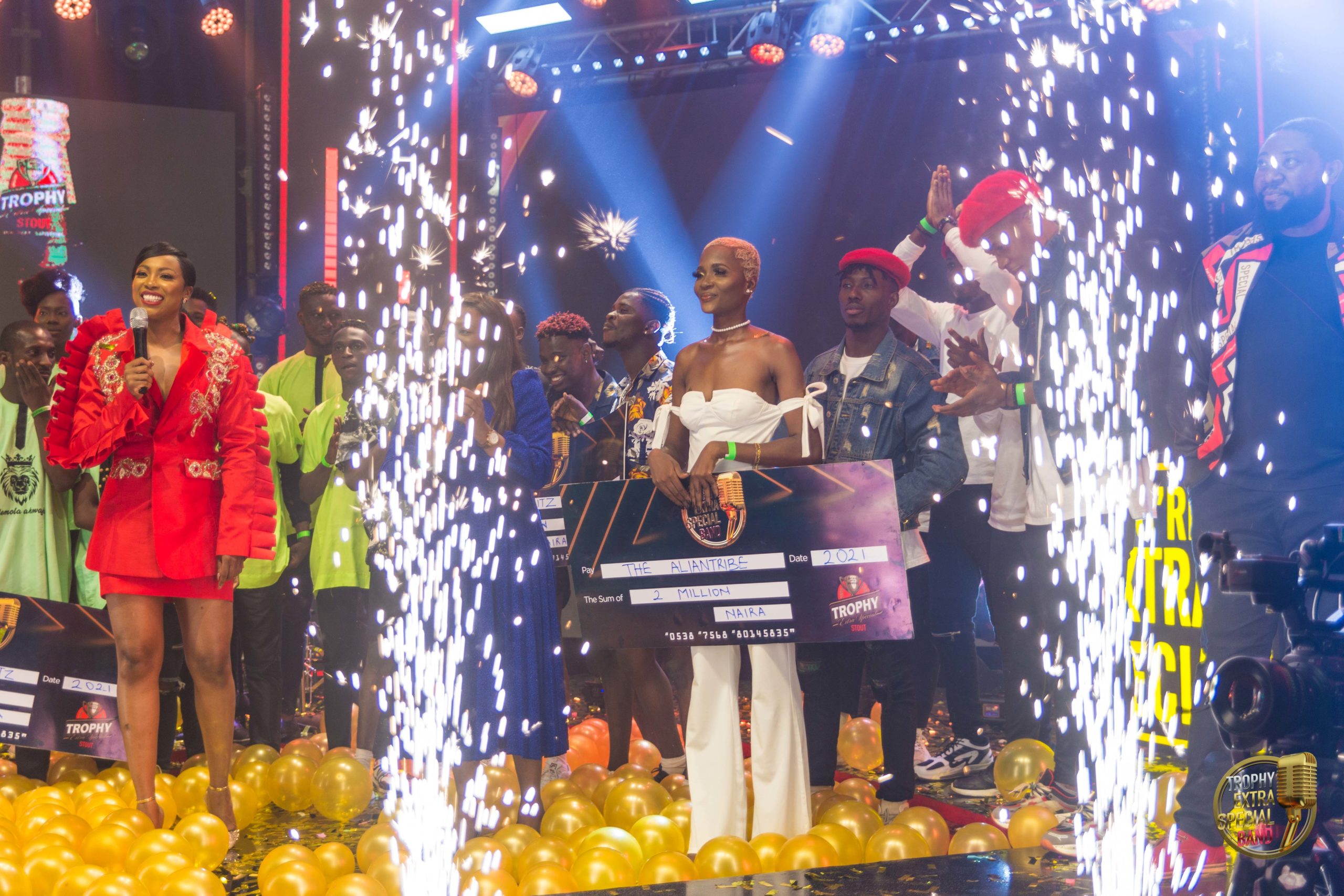 Trophy Extra Special Band Season 2 runner ups, The Alian Tribe, receive their N2 million cheque at the grand finale of the competition which was held on Saturday.

Tolulope Tomori Adedeji, Marketing Director at International Breweries, praised the winners, saying, “The Bandhitz were a joy to watch throughout the competition. They were always eager to learn and put to practice what they were taught.

“We are proud to have spotlighted such amazing talent throughout the 12 weeks of the competition. Through partnerships with youth platforms like MTV Base, International Breweries will continue to spotlight and support the amazing talent in the Nigerian creative industry.”

In addition to the grand prize, the second and third-placed bands were also rewarded with N2 million and N1 million respectively. 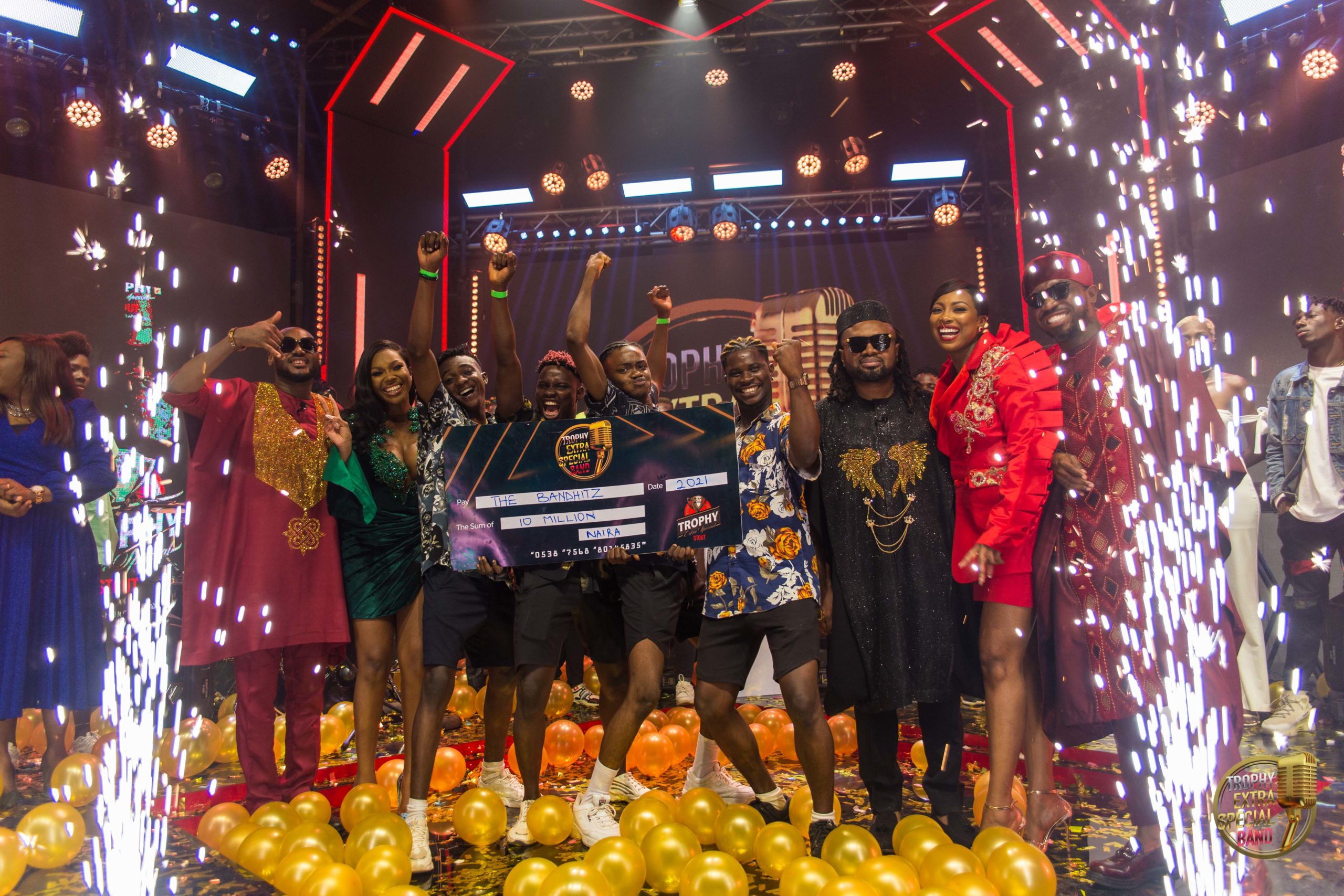 Speaking on the success of the show produced by MTV Base- ViacomCBS Networks Africa’s entertainment and lifestyle channel brand, Bada Akintunde-Johnson, the Country Manager at ViacomCBS Networks Africa posited that, “As today’s youths continue to contend with several socio-economic challenges, the onus is on corporate organisations to collaborate and create avenues for empowerment – be it through music, or other formats that harness the talents of our burgeoning citizenry.

“The creativity displayed at this second season of the Trophy Extra Special Band is a testament to the talent and passion that abounds in many Nigerian youths, and we are proud to have been part of this enviable platform that is supporting and uplifting these talents.”