There are many ways to bond with new people and one of the most common or easiest, is through common grounds. We’re sure Kachi and Ojay can relate perfectly to this.

Kachi and Ojay’s love story is one that’ll make you smile effortlessly. For Kachi, labour day weekend was a time to catch up and have the maximum fun with her friend. This plan didn’t include a young man persistent about being her friend, But love had its own plan and Ojay was very much in it! The two met and as eager as Ojay was to strike a friendship, Kachi was less enthusiastic until the stars shined on  Ojay and he found a common ground! Thanks to the Eureka moment, Kachi found in Ojay, the absolute love of her life and vice versa. Now forever isn’t just another love song, but the #KayJay4Eva reality!

Enjoy their beautiful pre-wedding photos and love story below. 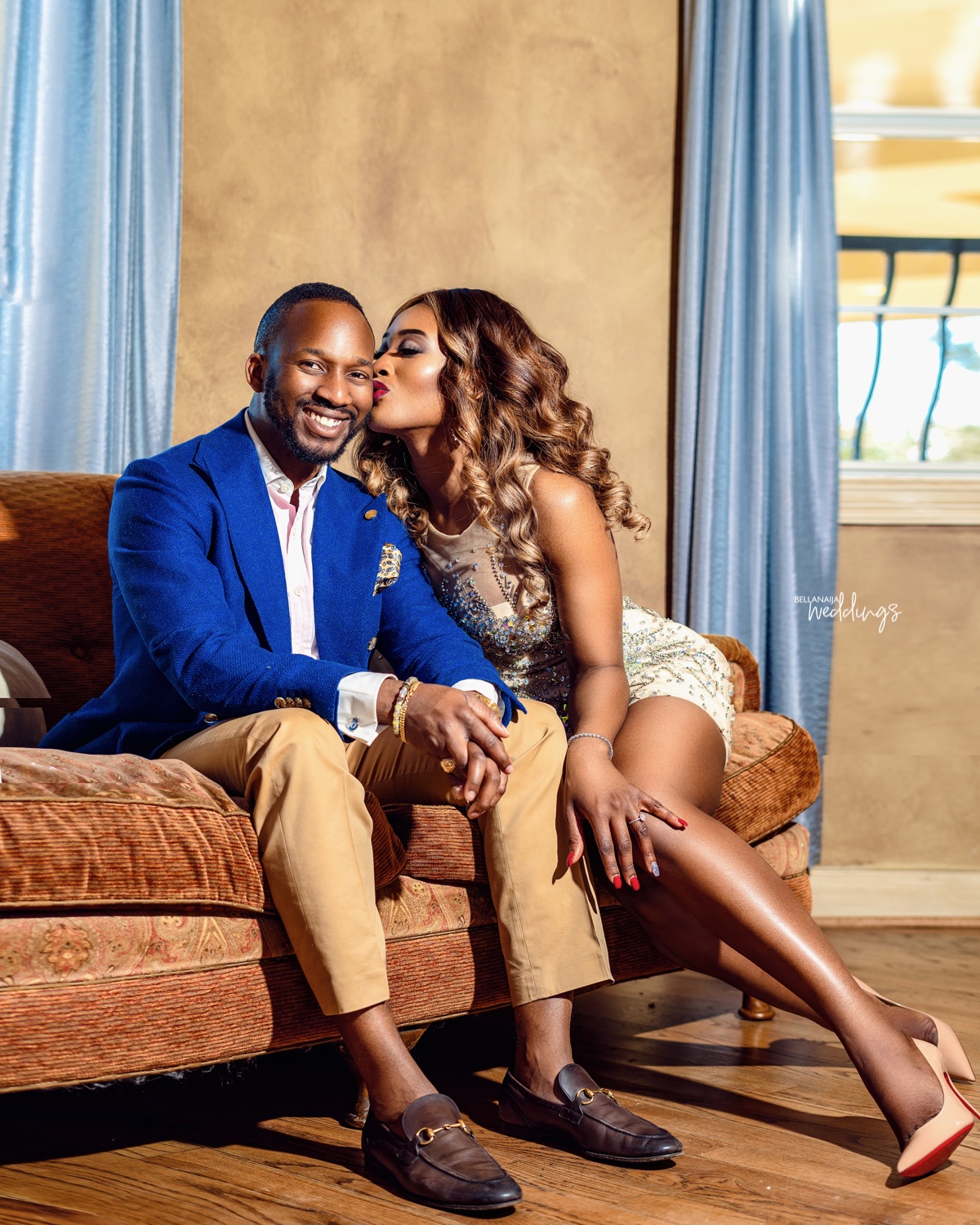 How We Met
By the Groom, Ojay

September 2nd of 2016 was the Friday before Labor Day. I went out partying with my homeboy Adoteh. As we sauntered out of the club, a searing vision confronted me. It was her! There she was, distinctly gorgeous. I took a few seconds to take stock of my reality. She was accompanied by another female ( whom I now know to be Stephanie). 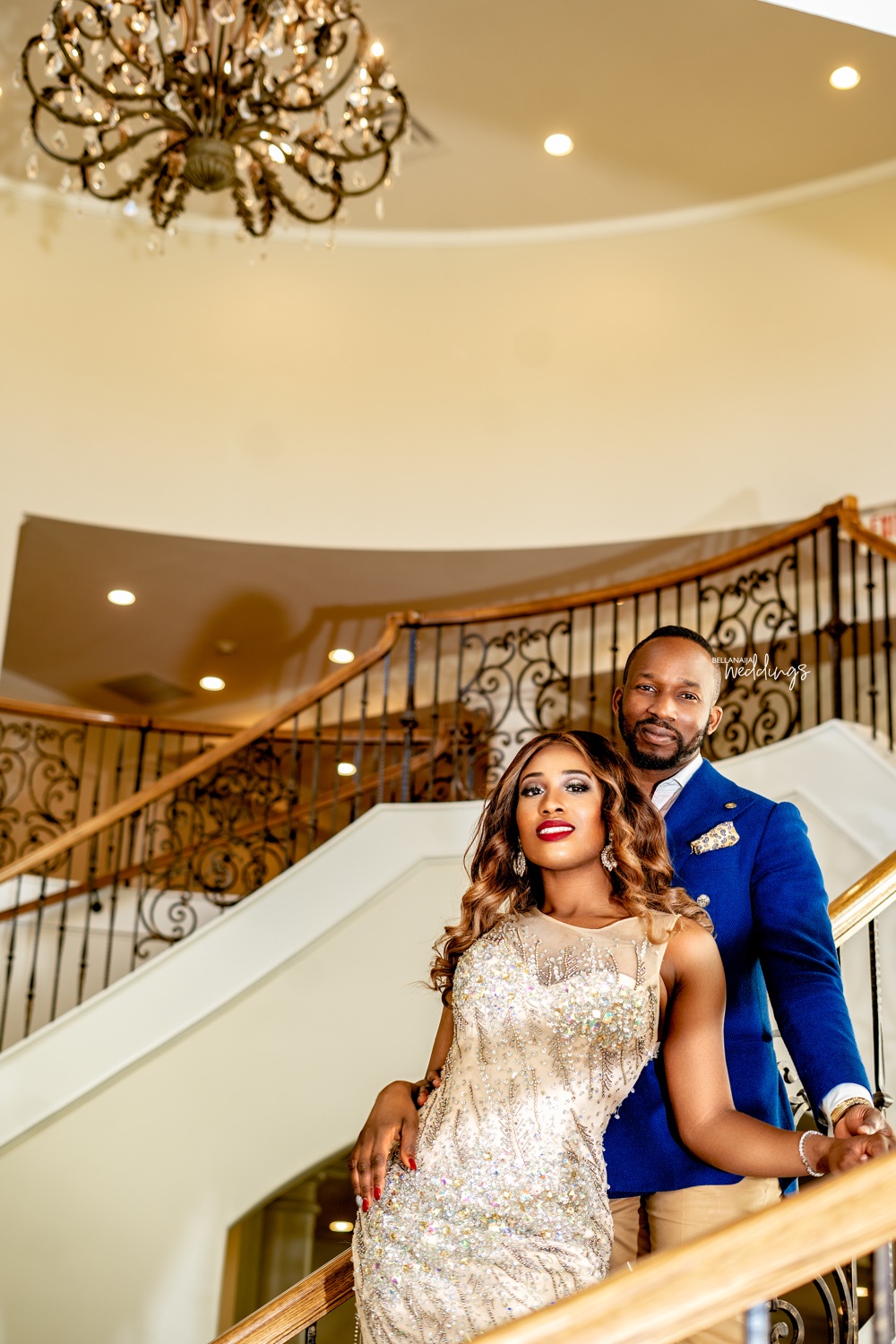 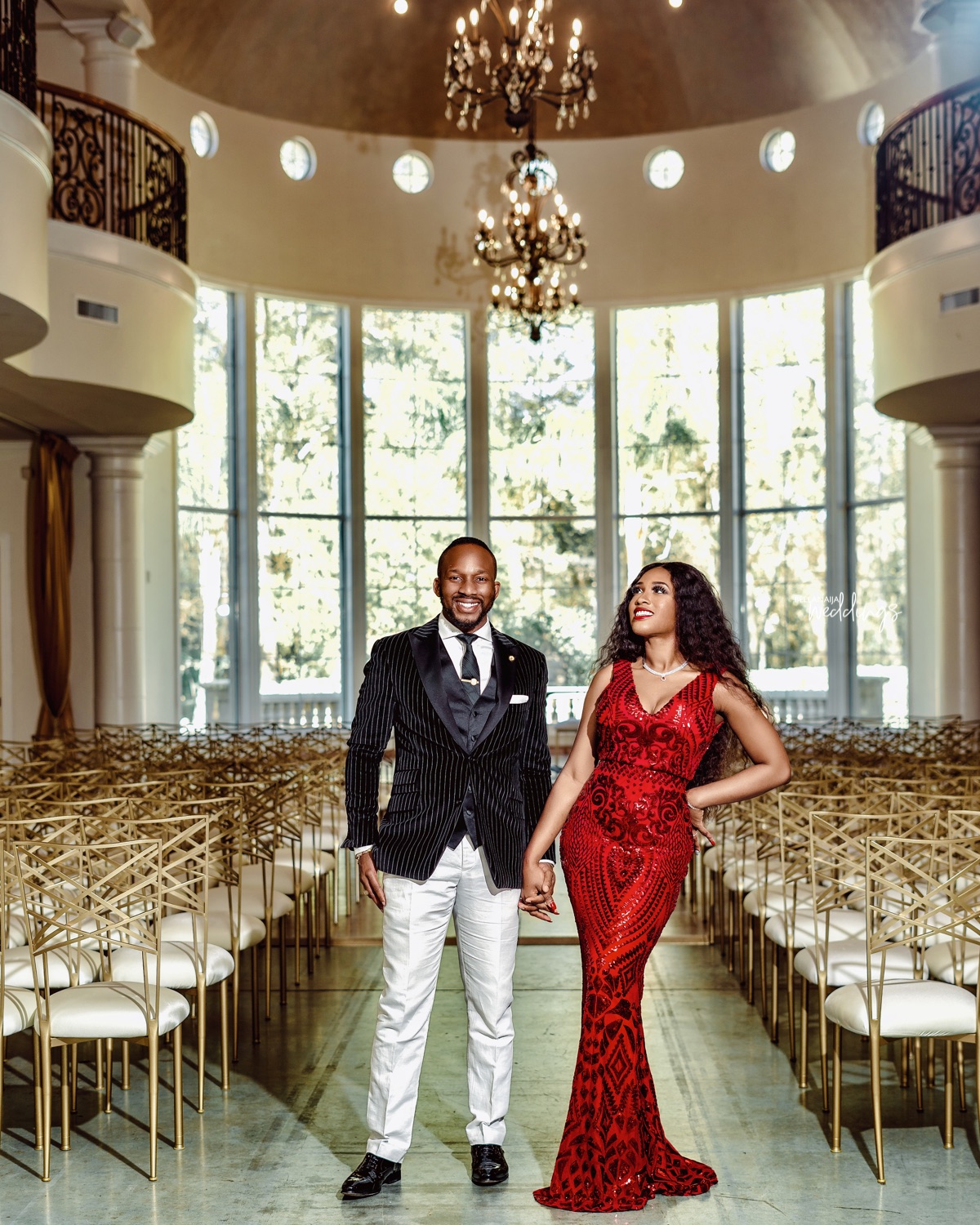 In a few more seconds I knew I had to grasp my good fortune. I turned on my “A” game and approached them. My initial words were a bit weak as I muttered a vanilla introduction. They both looked at me. The light danced in her eyes. That smile, oh lord, that amazing smile. But in it, I saw something else; she was unsure of me. I made small talk. She politely responded. I asked for her number. She smiled and told me she would rather take mine. I read that to be a diplomatic “no”. The light was still in her eyes, but I knew she would never call. I protested, she insisted. I protested again, but her insistence became firmer. Sad and deflated, I walked away. 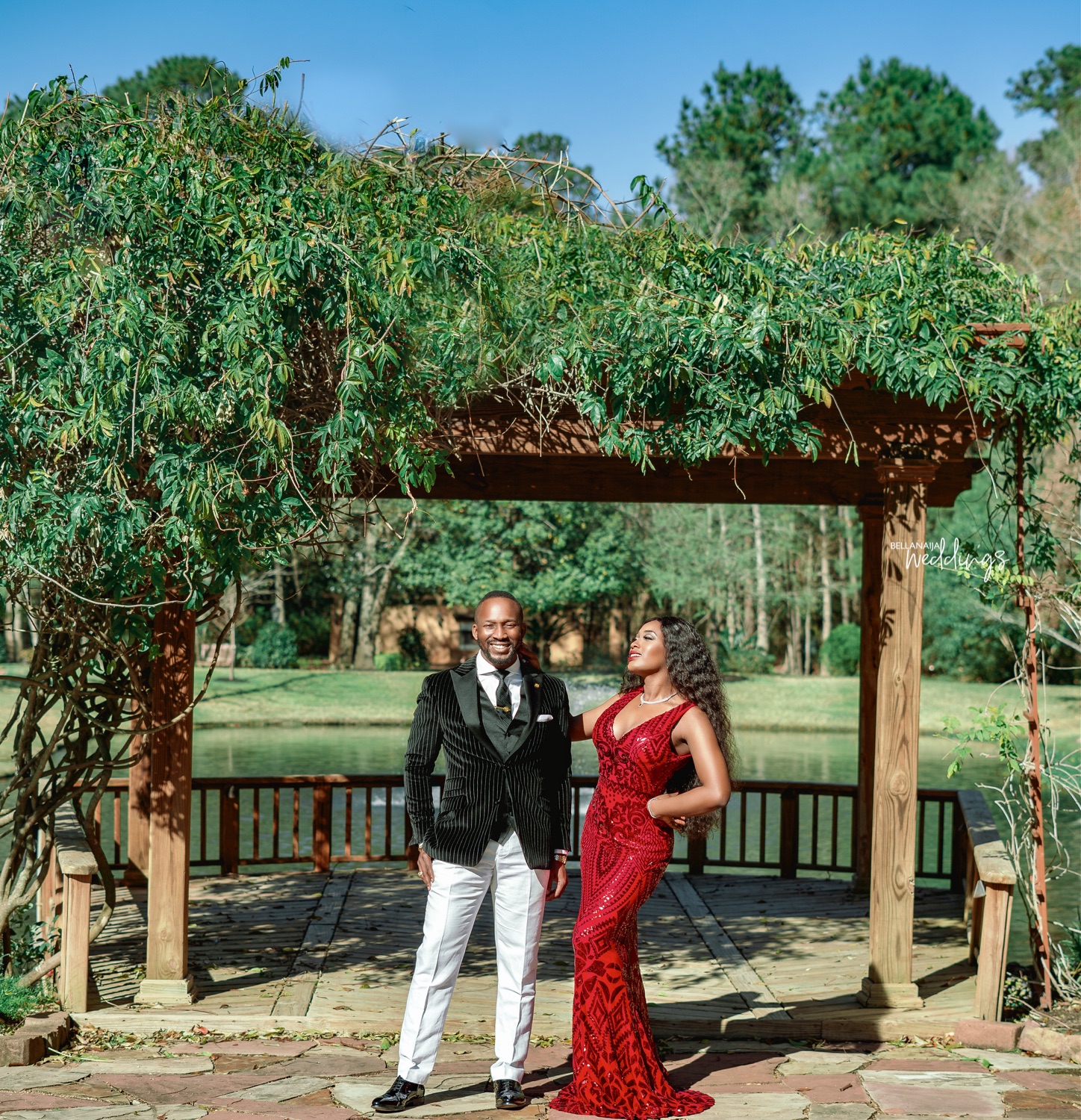 I headed back towards Adoteh. Smiling at him, I put up a front like I was a conquering Roman general returning victorious with the spoils of war. Adot asked what had happened. I offered an honest rejoinder. He laughed and told me I would survive. Then I saw her yet again. She was sitting alone in a red Honda Accord coupe. I refused to accept that our story was over so quickly. 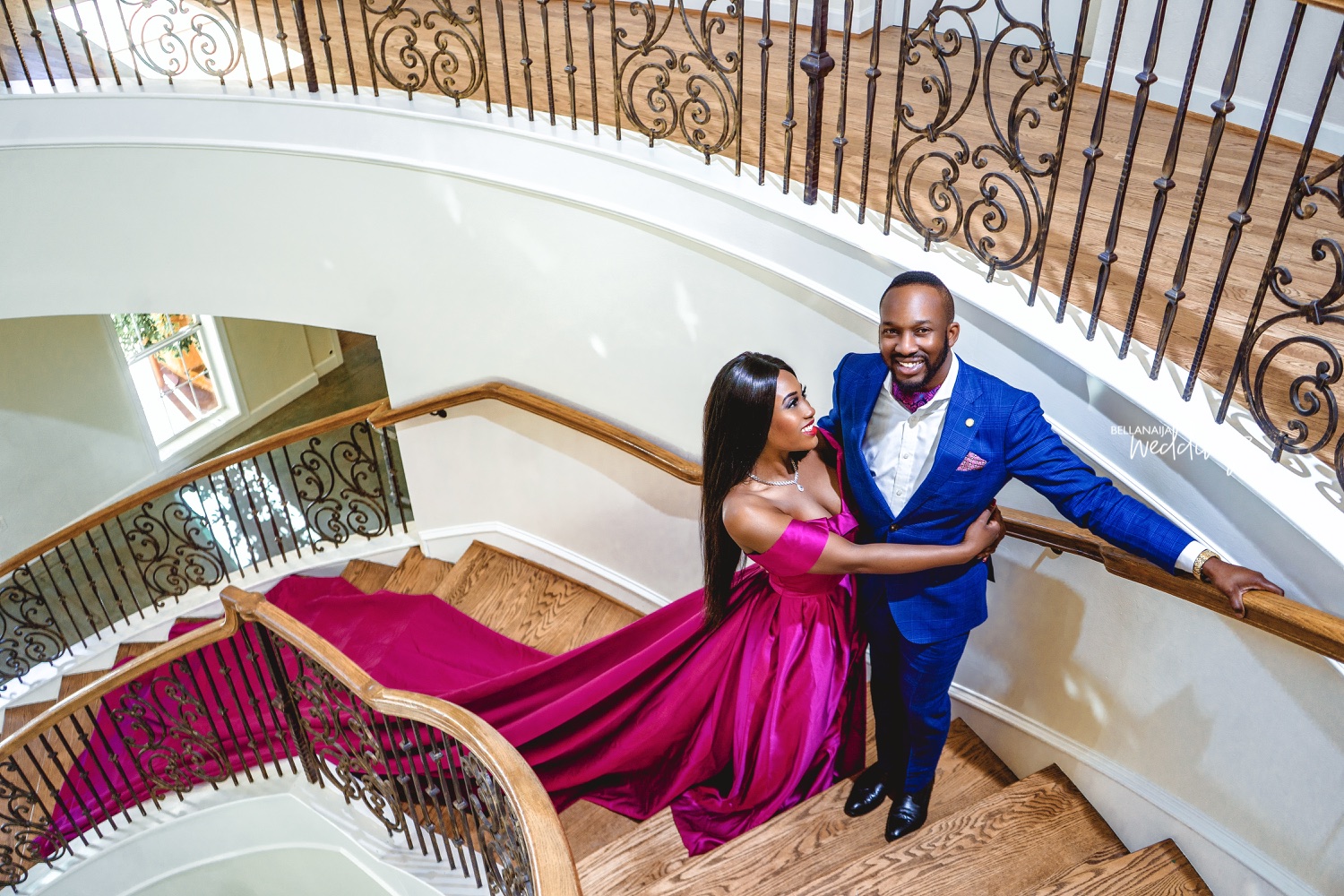 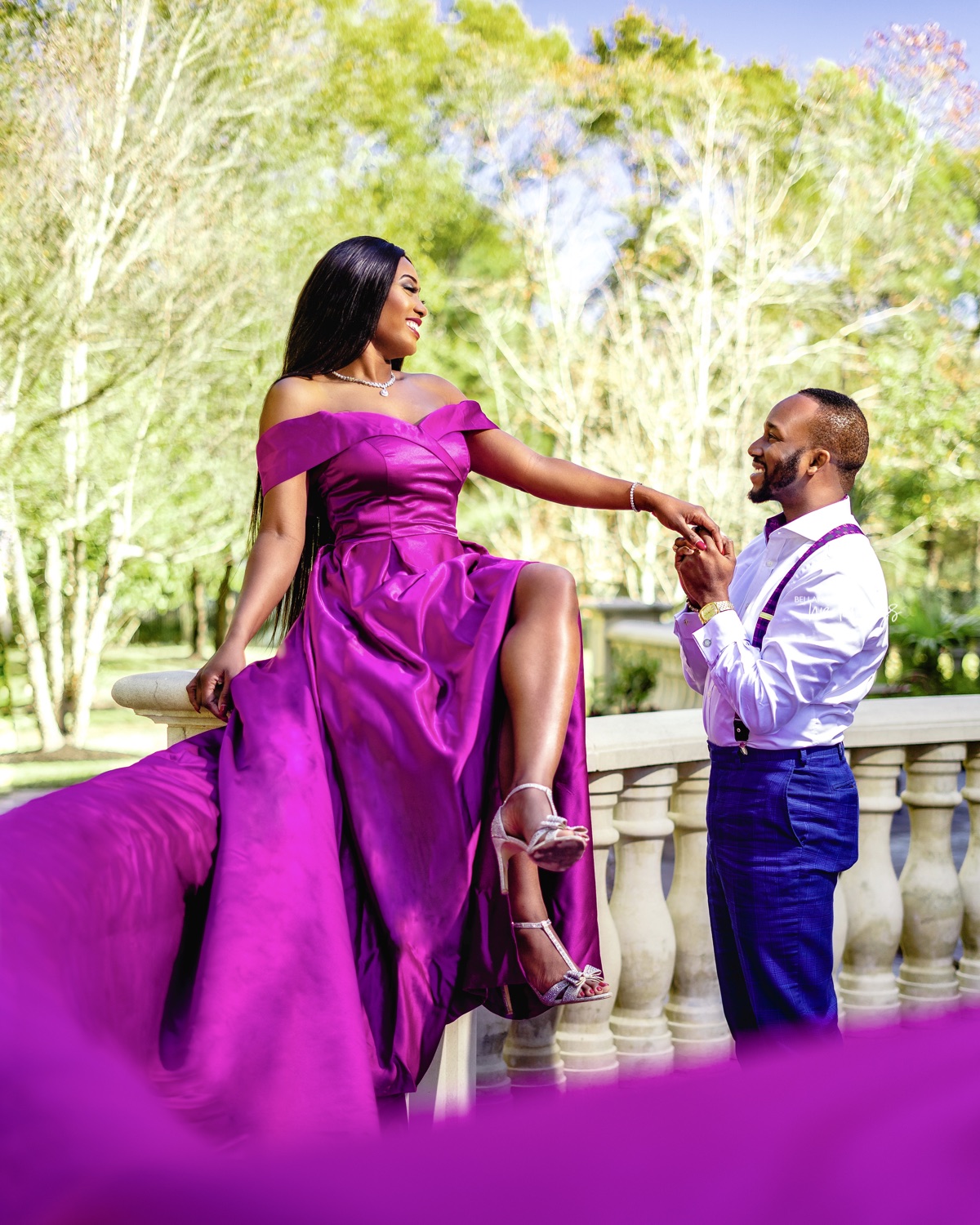 When I returned, she glanced at me. I said “hi”. The light in her eyes came back but it was tinted with a hint of impatience. In the tentative exchange that followed, I got lucky and mined an area of commonality. Like me, she was an Engineer! She had just started her career with Texas Instruments, the company I started mine with. Incredible coincidence! She relaxed as the conversation grew. We discovered we had a lot In common. She finally relented and gave me her number. I was over the moon as the heavens seemed to open. Our story together was about to begin. 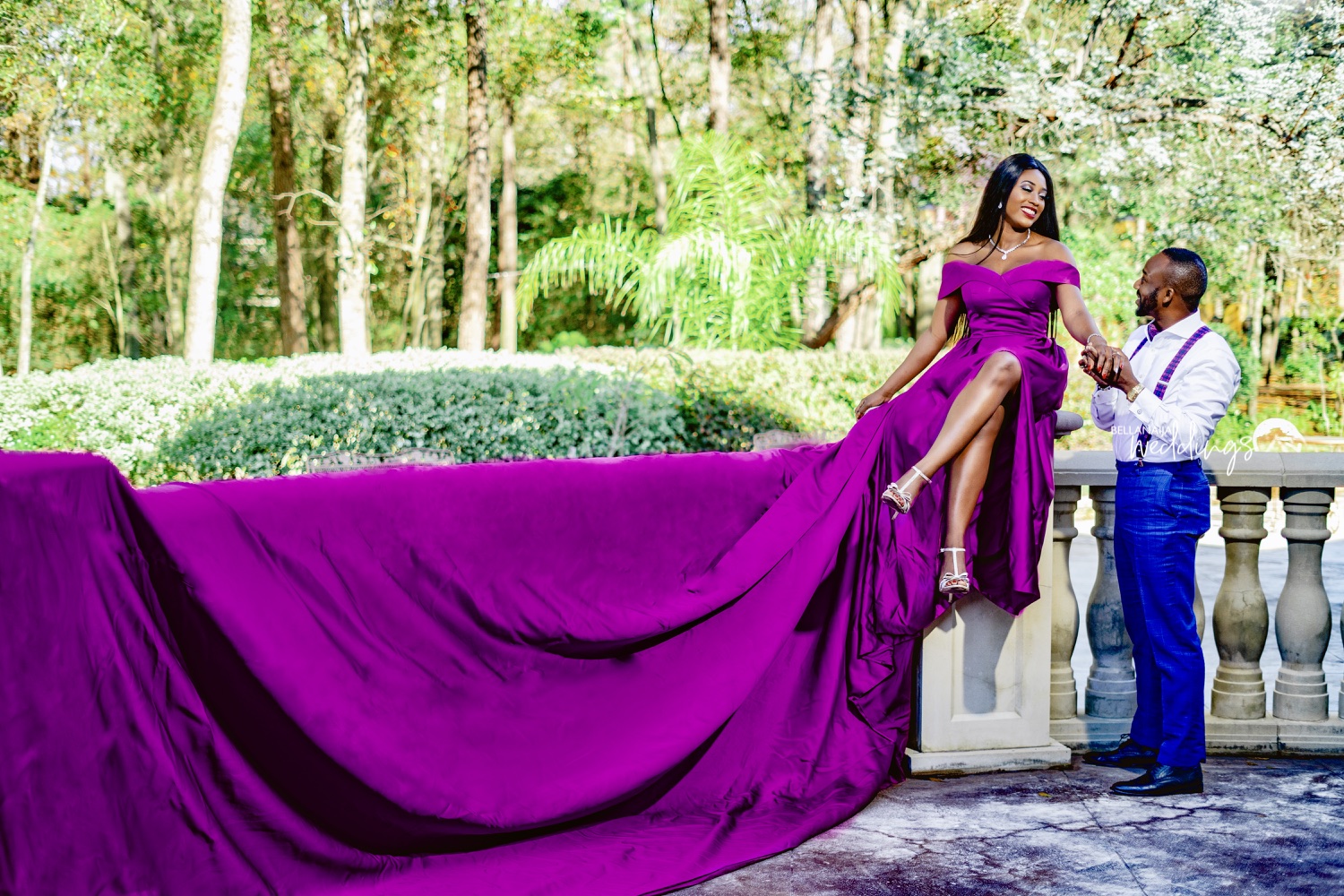 How We Met
By the Bride, Kachi

I had recently relocated from Houston for a new job. I still recall how exciting that felt. Occasionally, I would visit Houston to be with my beloved family and friends. On one of my many visits, my friend Stephany and I made plans to have as much fun as possible for Labor Day weekend. Although I was exhausted after driving a long distance to get to Houston, I knew Stephanie was not going to take no for an answer. 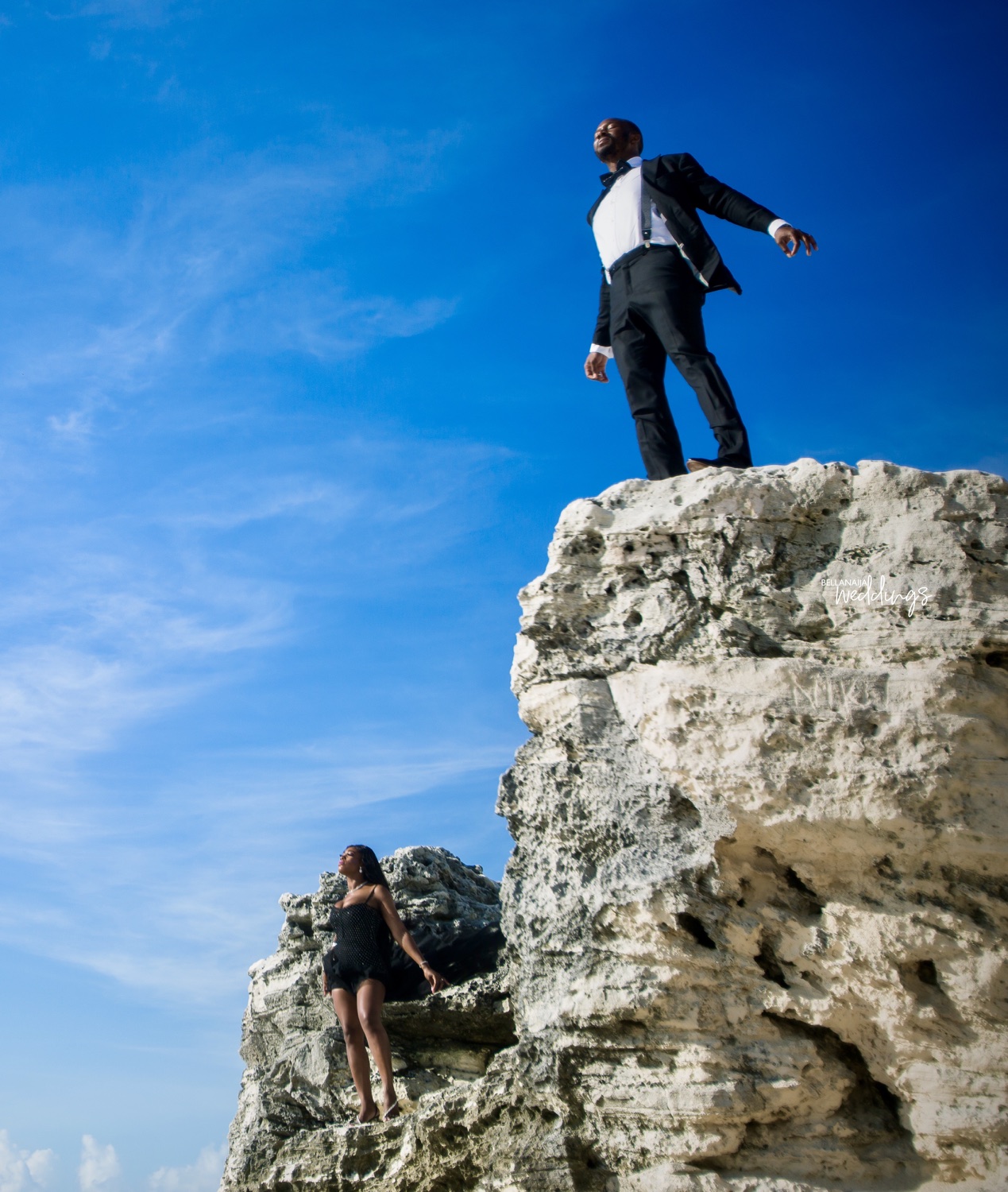 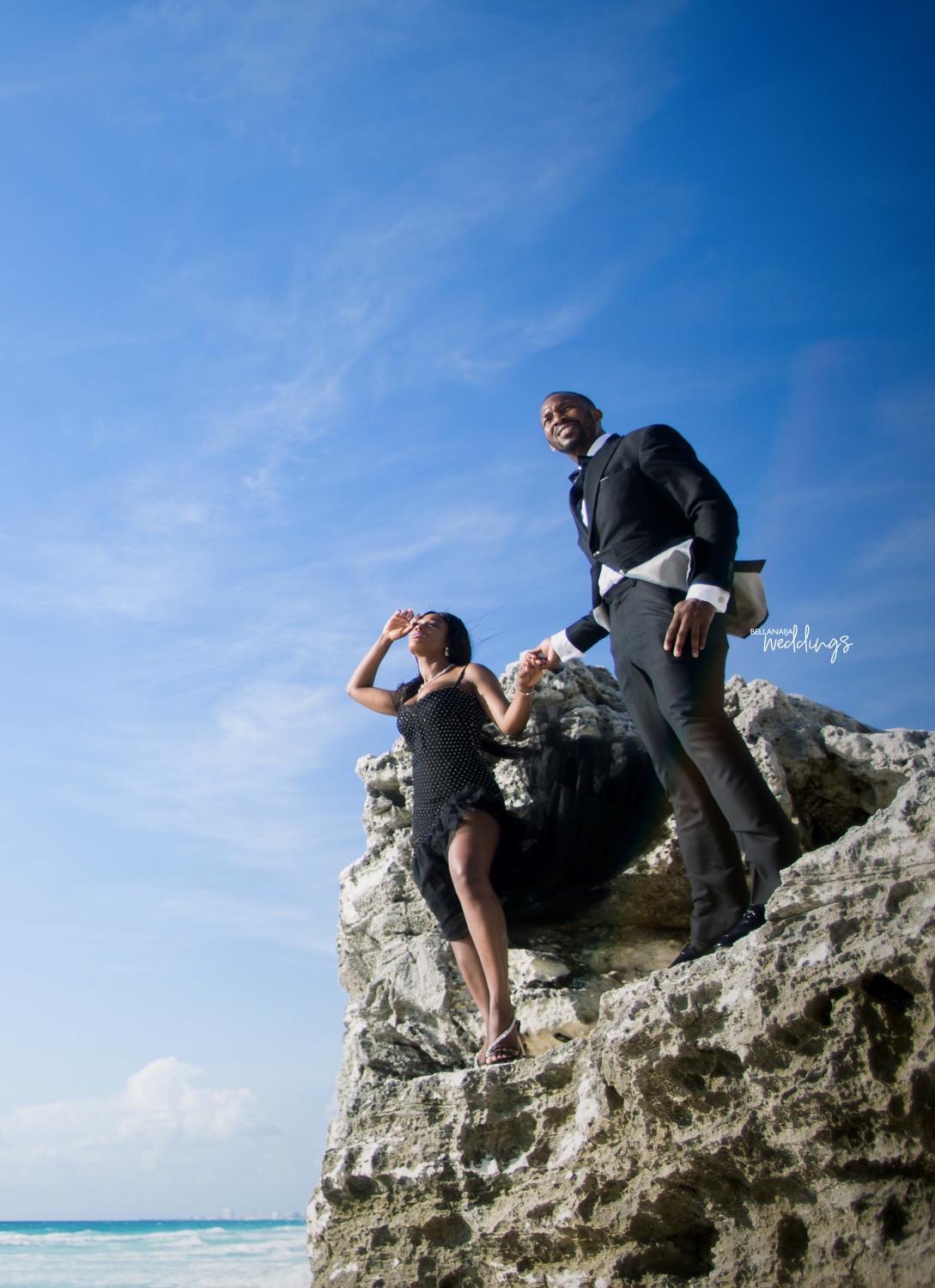 We got to Belvedere, purchased some drinks, danced, and had a great time. Eventually, we proceeded out of the doors to head home. Suddenly, a gentleman walked up to me. He introduced himself as Ojay and asked for my name. I was so curious to know if he was Nigerian because I thought his name was unique. We had a short discussion about his name and then he asked for my number. I told him to give me his number and I would call him myself. Stephanie and I finally got to the car. I sat on the driver’s seat and saw Ojay approaching again. This time we talked about several things and I quickly saw that we had a lot in common. He is an electrical engineer and I, a chemical engineer. He started his career at the same company I was currently starting my first job at. We also talked about our birthdays and realized that we were both going to celebrate our champagne birthday that year. We talked about work, his career path and eventually, I even received valuable counsel. We talked about his love for travel and my experience as a new engineer. 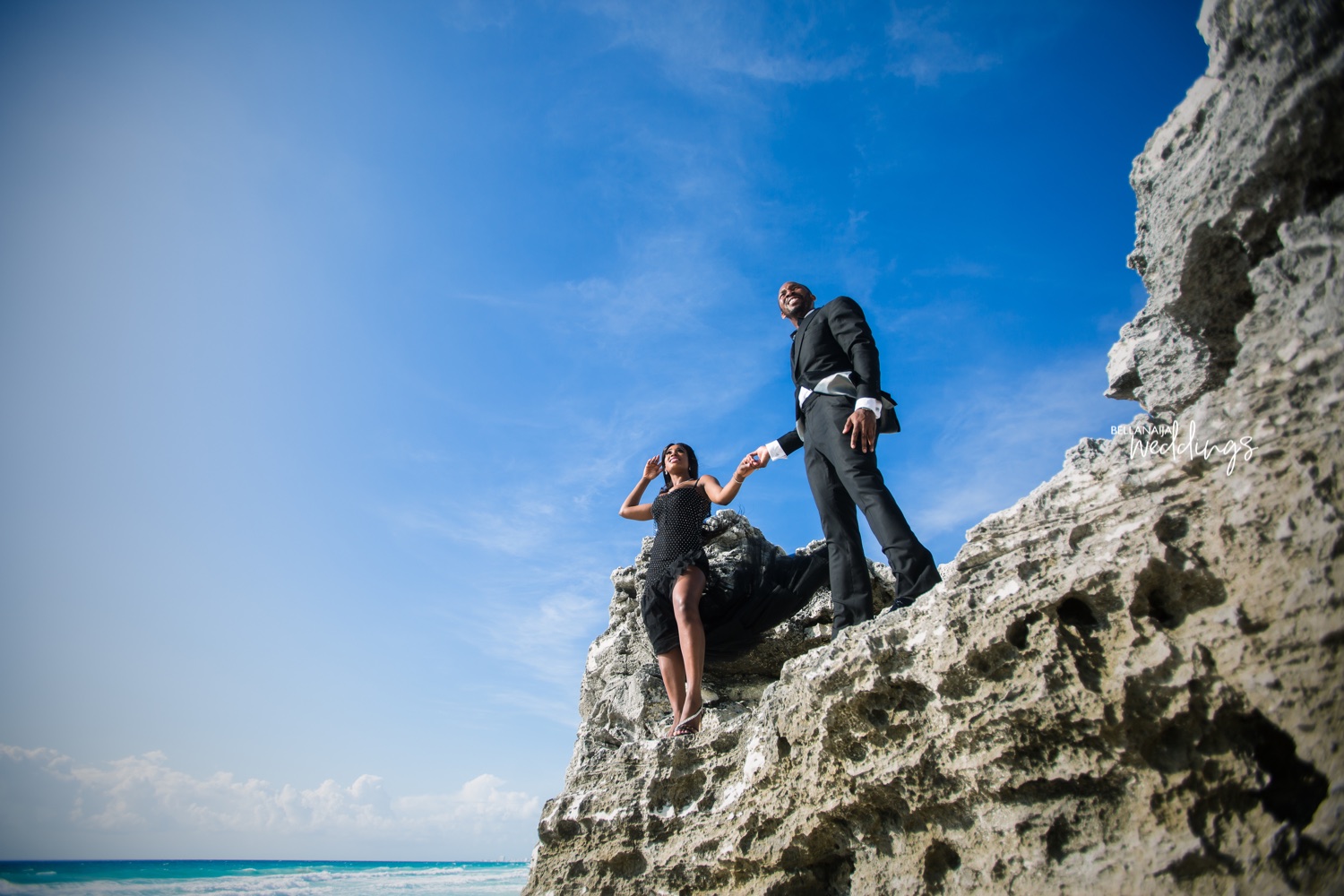 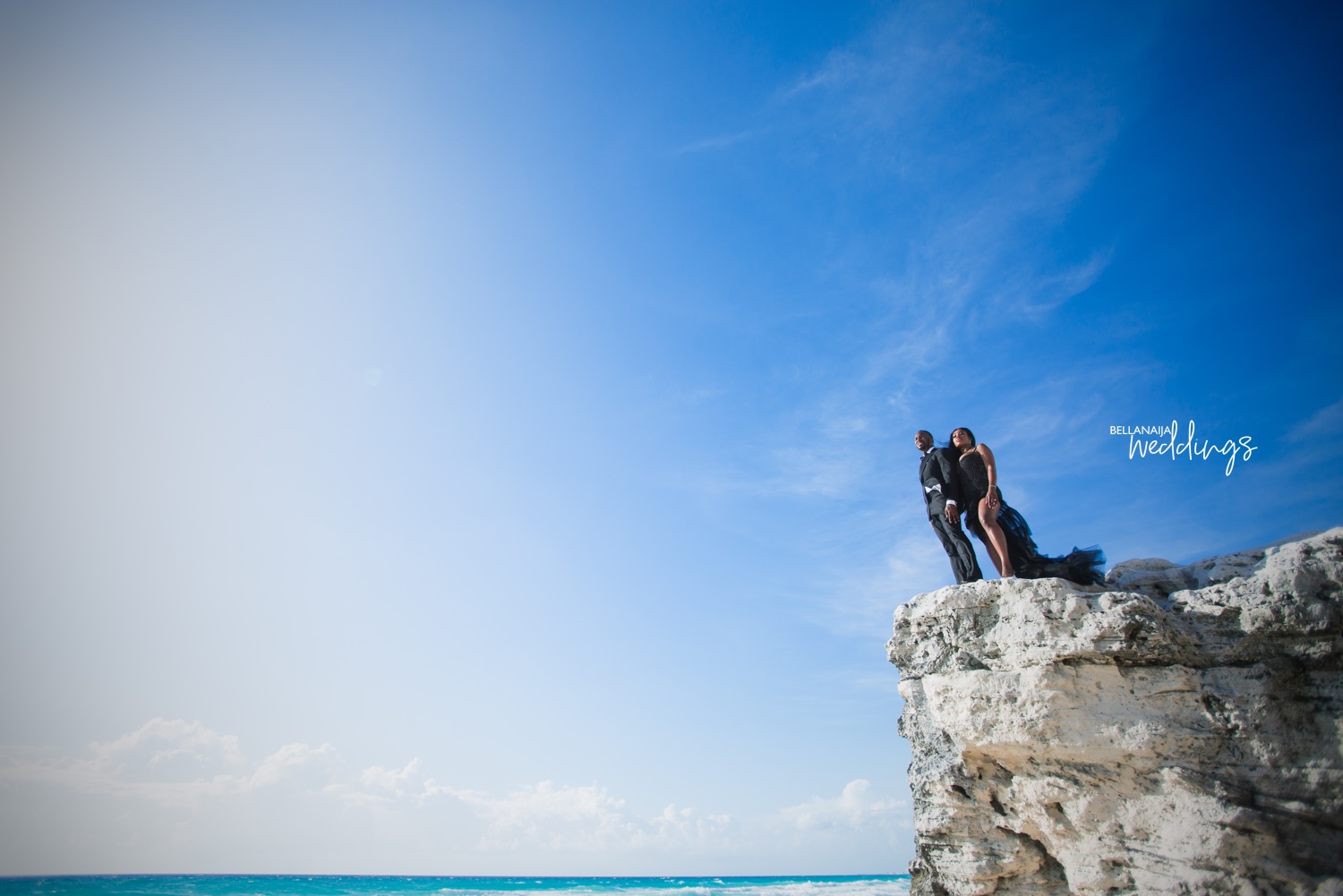 Ojay was so easy to talk to, and I was intrigued by the quality of our discussion. I could tell that he was the type of guy that wanted to add value to people around him. Finally, He asked for my number again, and I gave it to him in a hurry. Stephany had been waiting for me for far too long and it was time to go. I was clearly carried away with our discussion. Unfortunately, I forgot to give him the last digit, but he kept searching and found me through a family friend. 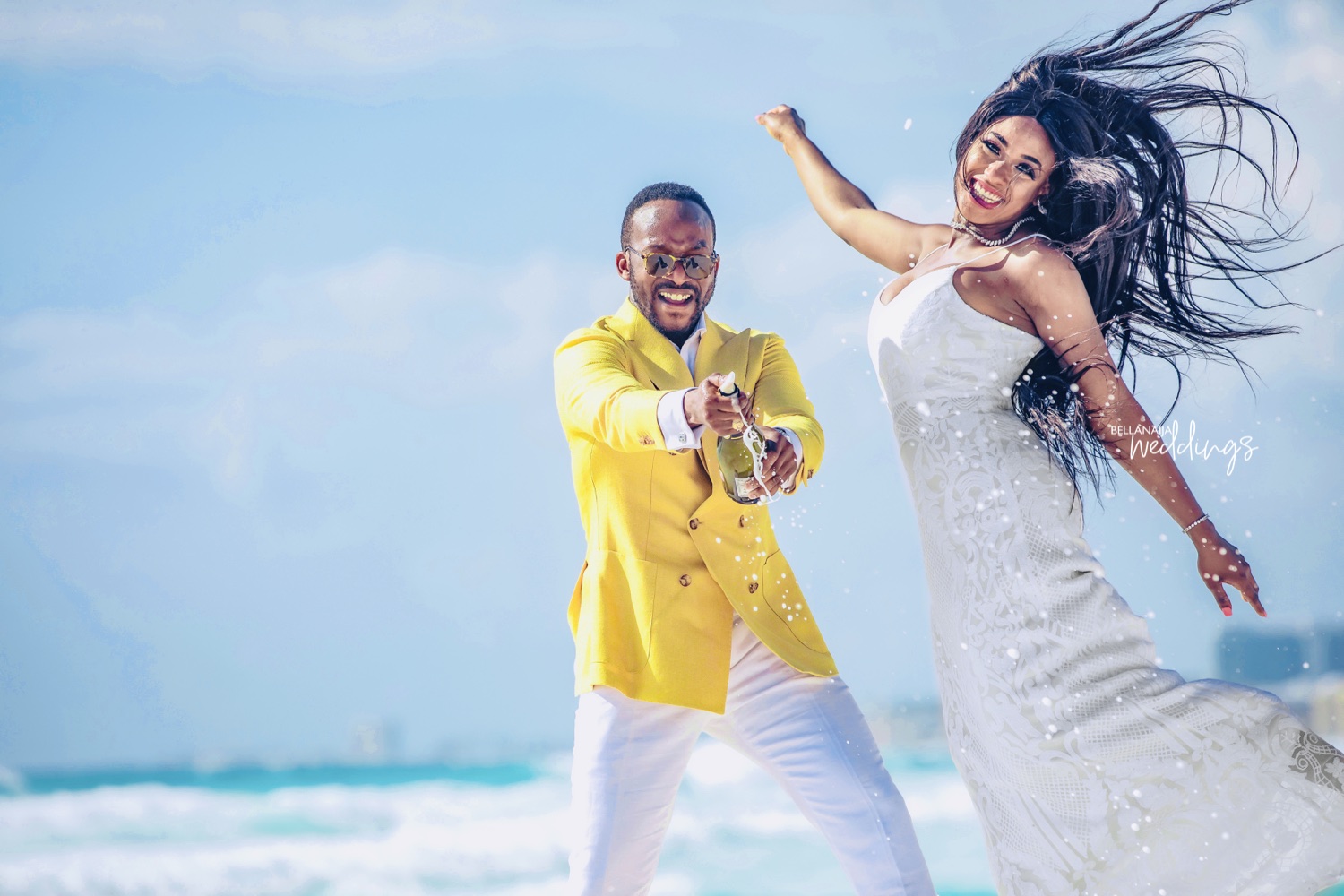 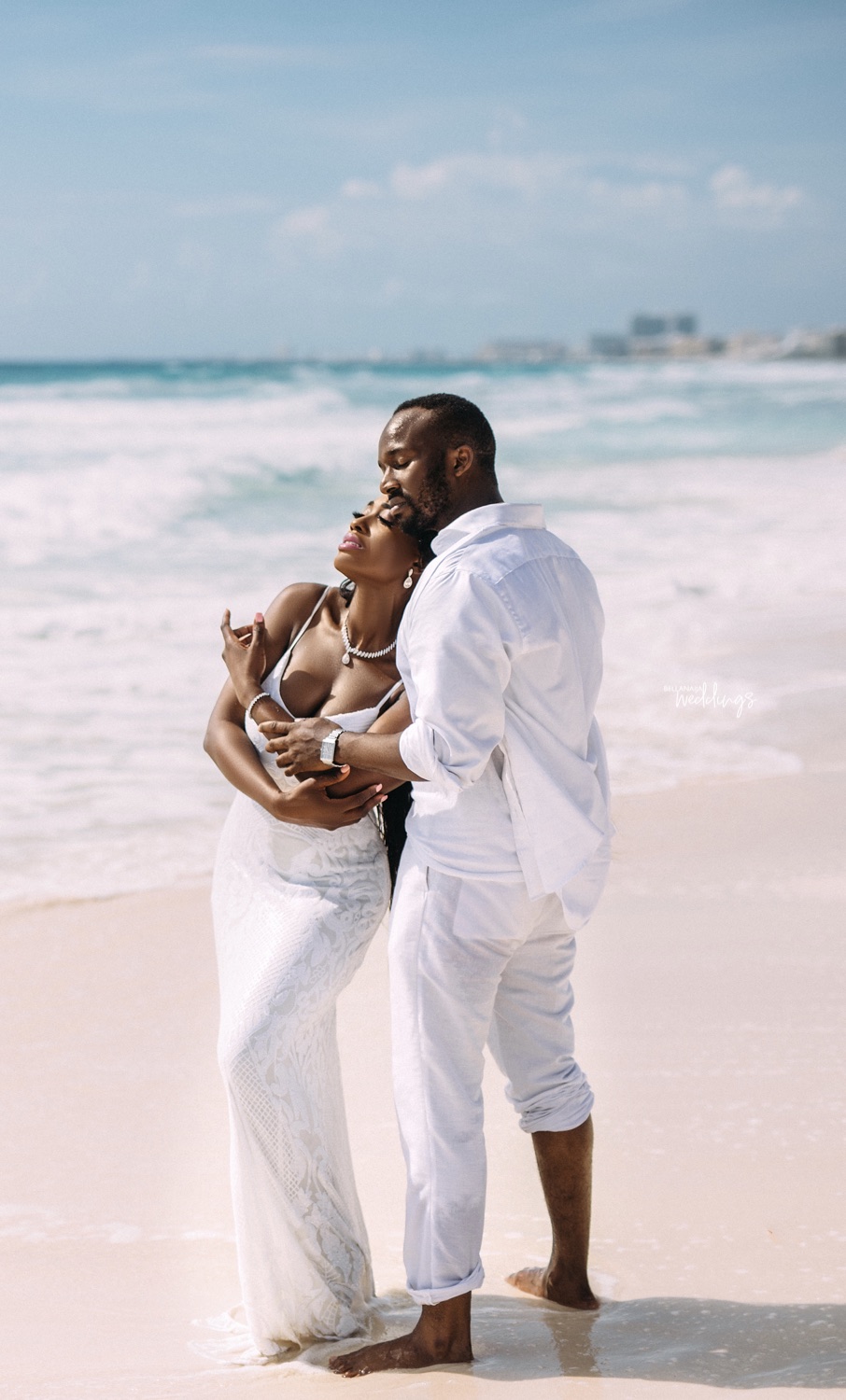 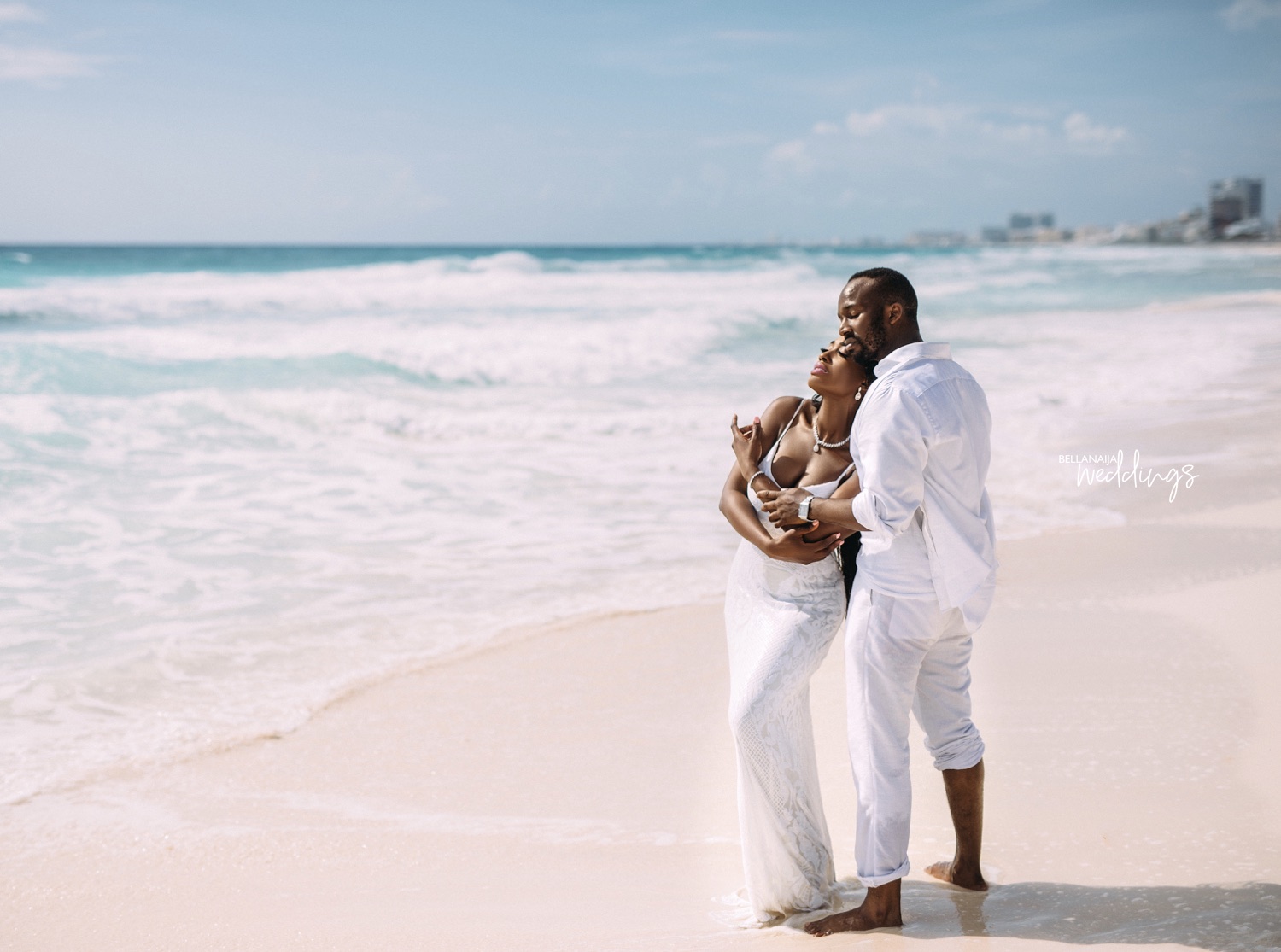