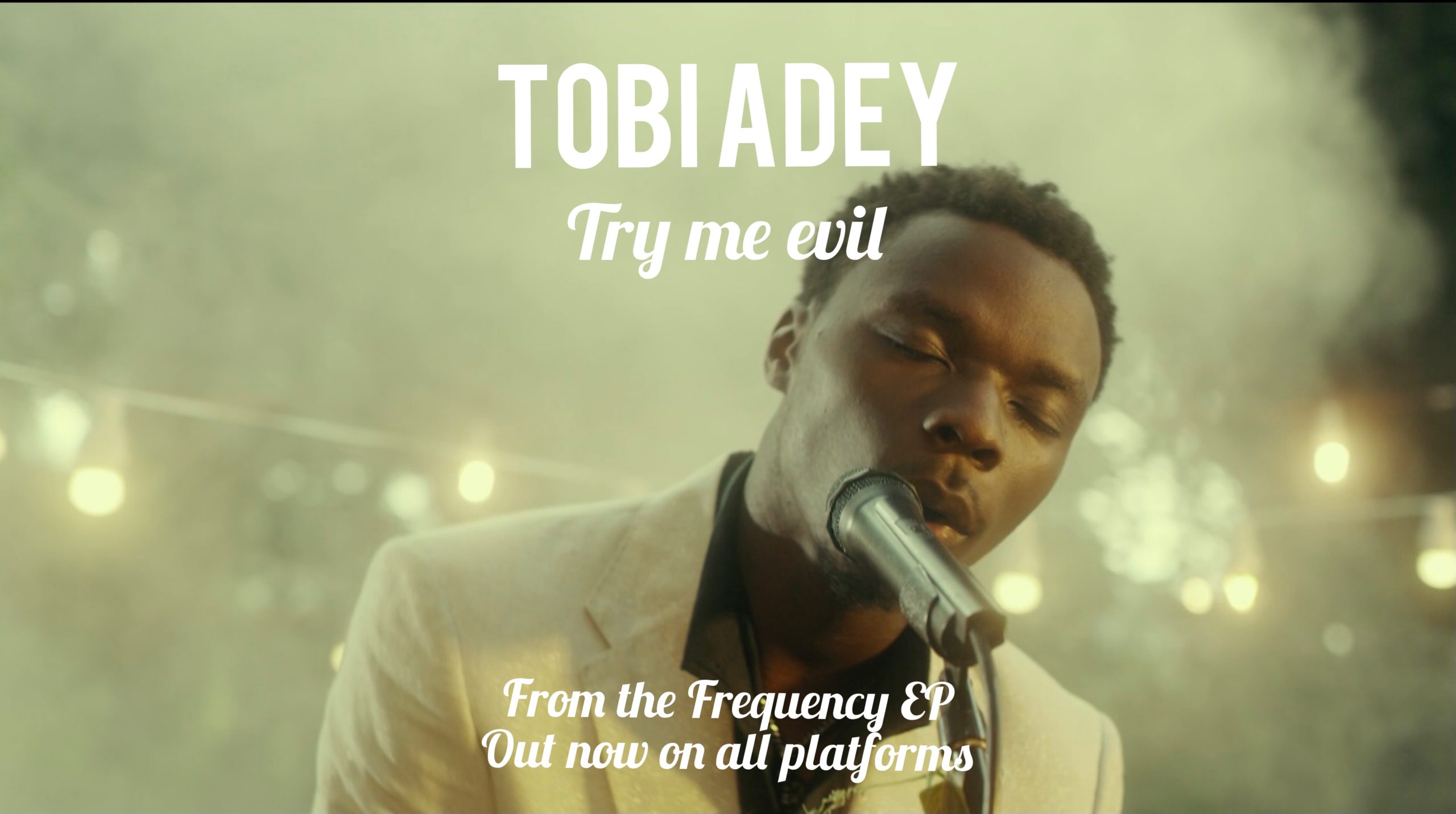 Independent artiste, Tobi Adey released his seven-track extended play earlier in the year. Each single off the project targeted at spirituality, elements of a new spiritual lifestyle as well as finding God.

The unique, distinct sound of the single appeals to music enthusiasts and has you bopping your head from the drum roll in the beginning until the last strum of the guitar. Sure to be an anthem, “Try Me, Evil”, expresses the need to ward off evil and take charge of situations. It is a stance taken to take no part in evil situations. Being the last song to be added to the project, it adds definition to the Frequency.

The song is a powerful lo-fi bop, with Tobi’s soulful voice. Months after the release of the project, Tobi Adey is back with a video for the single. Directed by Kelvin Oladiran, the message of the song is driven further home and intriguing to watch over and over.

Born Oluwatobi Adebola in Lagos, Nigeria and bred in the UK, Tobi Adey never misses on delivering addictive music. With the release of I See Lightening, August last year, ahead of Frequency that was released in February this year, Tobi Adey is definitely that new kid on the block to look out for.

Listen to Frequency the ep here.

Watch the video for “Try Me, Evil” below: