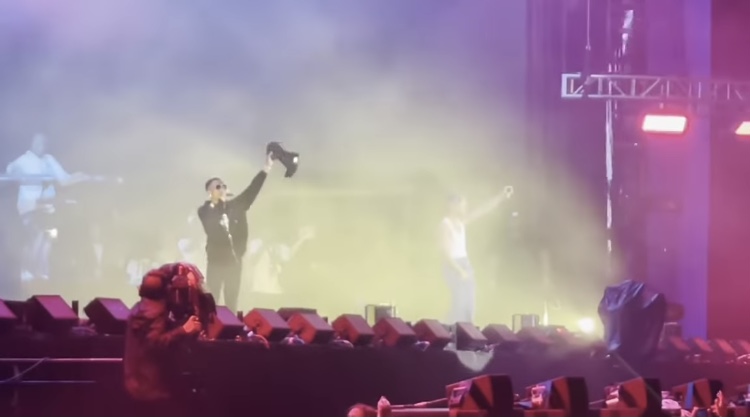 Afrobeats singer Wizkid joined Canadian music star Justin Bieber on stage at the Made In America Festival for a surprise performance of “Essence” remix.

The remix of “Essence” featuring Tems and Justin Bieber is taken from the deluxe version of the Grammy award-winning star’s album “Made In Lagos“.

Justin Bieber headlined the Made In America Festival, which took place on Sunday 5th of September, alongside international acts like Doja Cat, Bobby Shmurda, Roddy Rich and more.

After performing some of his tracks including “Peaches“, the singer proceeded to surprise fans by inviting Wizkid on stage to perform the song, “Essence” which has topped charts all summer.

Watch the amazing moment below:

#BNxBBNaija6: JMK clears the air on Previous Social Media Comments & Her Time in the House