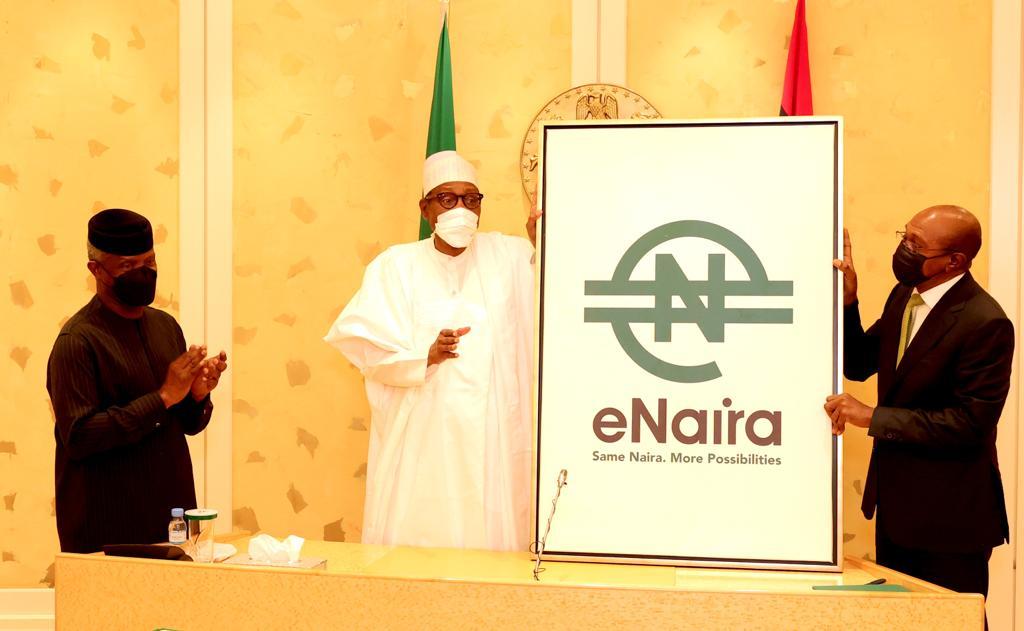 You’ve probably heard about the ‘eNaira’, whether on television, radio, or Twitter. If you’re not sure what it’s all about or what it includes, don’t worry, we are here to put you up to speed.

On Monday, President Muhammadu Buhari announced the launch of Nigeria’s digital currency ‘eNaira’ at the Presidential Villa in Abuja. The digital money was supposed to be revealed on October 1 but was postponed owing to other events planned for the Independence Day celebration.

Nigeria is the first African country to launch this digital money, and a mobile app is currently available for download.

According to the CBN governor Godwin Emefiele, the eNaira – like the physical Naira – is a legal tender in Nigeria and a liability of the CBN. It is issued and regulated by the Apex bank. It serves as both a medium of exchange and a store of value, offering better payment prospects in retail transactions when compared to cash payments.

CBN in a statement signed by Osita Nwanisobi, the Director for Corporate Communications, stated that the product was created after several years of research work “in advancing the boundaries of the payments system to make financial transactions easier and seamless for every strata of the society.”

The eNaira therefore marks a major step forward in the evolution of money and the CBN is committed to ensuring that the eNaira, like the physical Naira, is accessible by everyone.

Given that the eNaira is a journey, the unveiling marks the first step in that journey, which will continue with a series of further modifications, capabilities and enhancements to the platforms. The CBN will continue to work with relevant partners to ensure a seamless process that will benefit every user, particularly those in the rural areas and the unbanked population.

Since the eNaira is a new product, and amongst the first CBDCs in the world, we have put a structure to promptly address any issue that might arise from the pilot implementation of the eNaira.

How does it work?

The eNaira will function as a digital equivalent to the Naira.

ID verification, eNaira payment processing, and the creation of wallets for users to store their eNaira will all be handled by CBN-licensed financial institutions. The eNaira wallet works in the same way as a bank account and is formed in the same way; however, it will be a separate account that is not linked to another bank account.

Transactions will be possible between two people that have both downloaded and installed the eNaira wallet, which lets you store, transfer, and receive eNaira.

According to the official website, some of the benefits of the eNaira are:

More information may be found on the eNaira website.