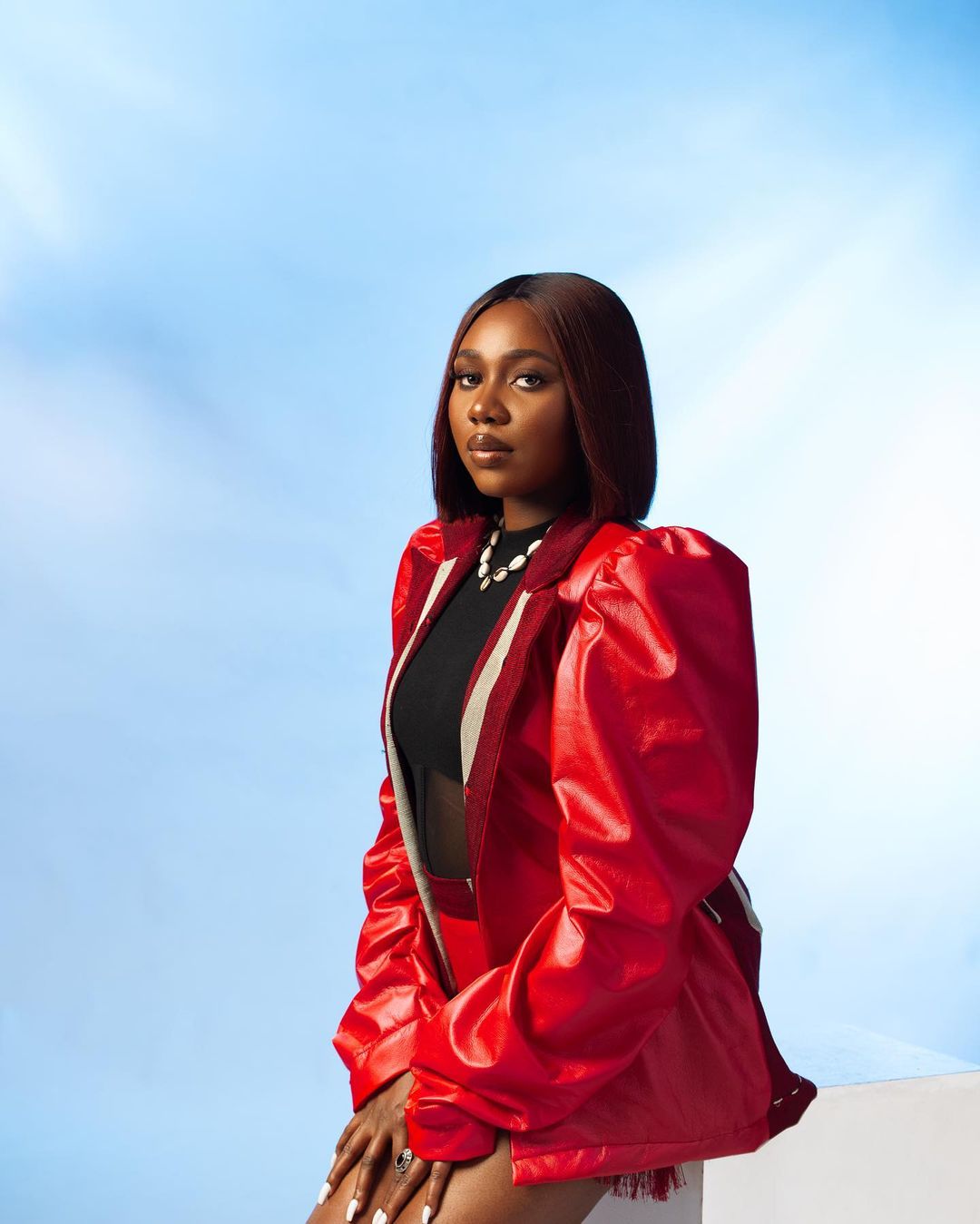 There’s the exceptional feeling one gets from setting a goal and smashing it. But when one sets to break a record before the entire world and indeed follows through, it’s a completely different ball of emotions.

Although she first got the idea last year, the disc jockey and singer broke the record after DJ-ing non-stop for 243 hours, 30 minutes (11 days), from the 20th of September to the 1st of October 2021, at The Grill by Yanna, Ikoyi, Lagos.

Yin didn’t stop there, she went ahead to release a single titled “Domitila” on the same night, immediately after breaking the record. “I guess I just like doing things that seem impossible,” she says.

From her experience, it does take a lot of practice, lifestyle changes and re-orientation to get mentally and physically ready for a feat like this, but there are certain things no one prepares you for.

Like the exact stress level, health issues that may arise, dealing with the thought of giving up and most importantly, the amazing show of love and support from friends, nationwide fans, music industry a-lister and in Yin’s case, her mum who was there throughout the marathon, as well as DJ Obi who previously broke the longest DJ set record after DJ-ing for 230 hours in 2016. 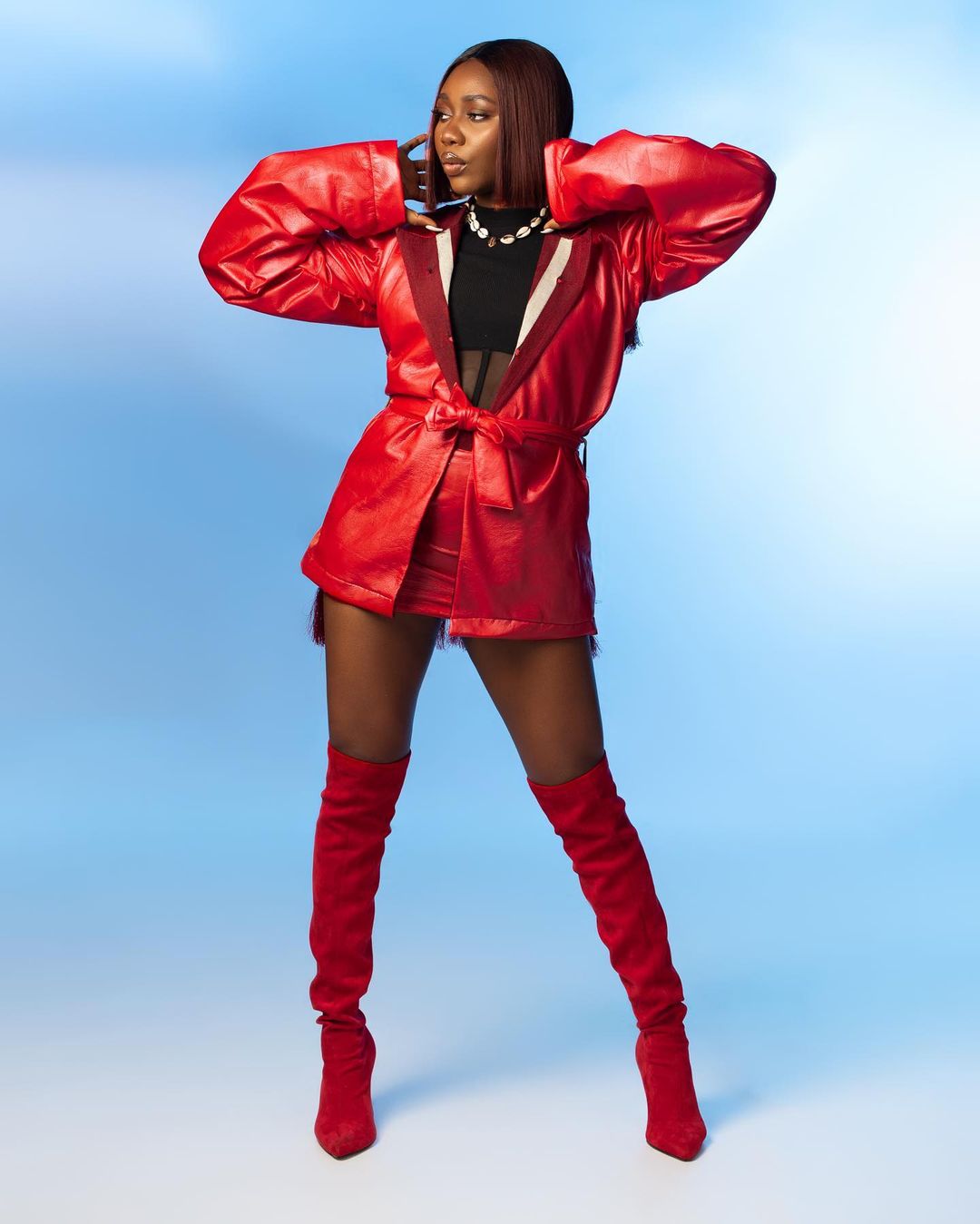 In this exclusive interview with BellaNaija, Yin takes us through everything we didn’t get to see during her DJ-ing marathon. The overwhelming feelings of stress, her solid support system, and all the effort put into breaking this world record.

She also tells us about her new music and what to expect from her going forward:

Congratulations on breaking the longest DJ-ing record and setting a new record. What did it take to achieve this feat? What was the process like?

First of all, I knew I wanted to do this last year and I started working out. I told my friend Sarz, “I think I want to break the world record, I want to break Obi’s record”… and he was like “it’ll be amazing”. I did my research and I realized no woman had even attempted to do this before. I started practising from six hours down to twelve hours, to twenty-four, till three days, then in November, I attempted seven days.

I changed my diet. I’m a pescatarian; I don’t eat chicken, meat, none of that… just seafood. I was working for at least five hours every day. I was trying to stock up my music library with a lot of music, a lot of amapiano (I must add).

It took a lot of mental training because this is something I realized that by the third day, I was kind of unconscious. I didn’t recognize people. Every time I woke up, I had amnesia. I had to be reminded: “This is who you are. You are Yin and you’re attempting to break a world record. This is your mum, your manager.”

I didn’t know I was allowed to sit down for three days. I wasn’t sitting down and my legs got messed up. My back was hurting really bad. But the industry really showed so much support especially Don Jazzy, he broke the news actually. Tiwa Savage came, Niniola, (God bless her) she came, Ycee was there, Falz, shout out to Ladipoe, DJ Lambo, CKay, DJ Big N.

The whole industry really came out to support me and that’s something I can never forget. DJ Obi wasn’t in the country at the time but he was supporting me as much as he could online. It was a really amazing and great experience. 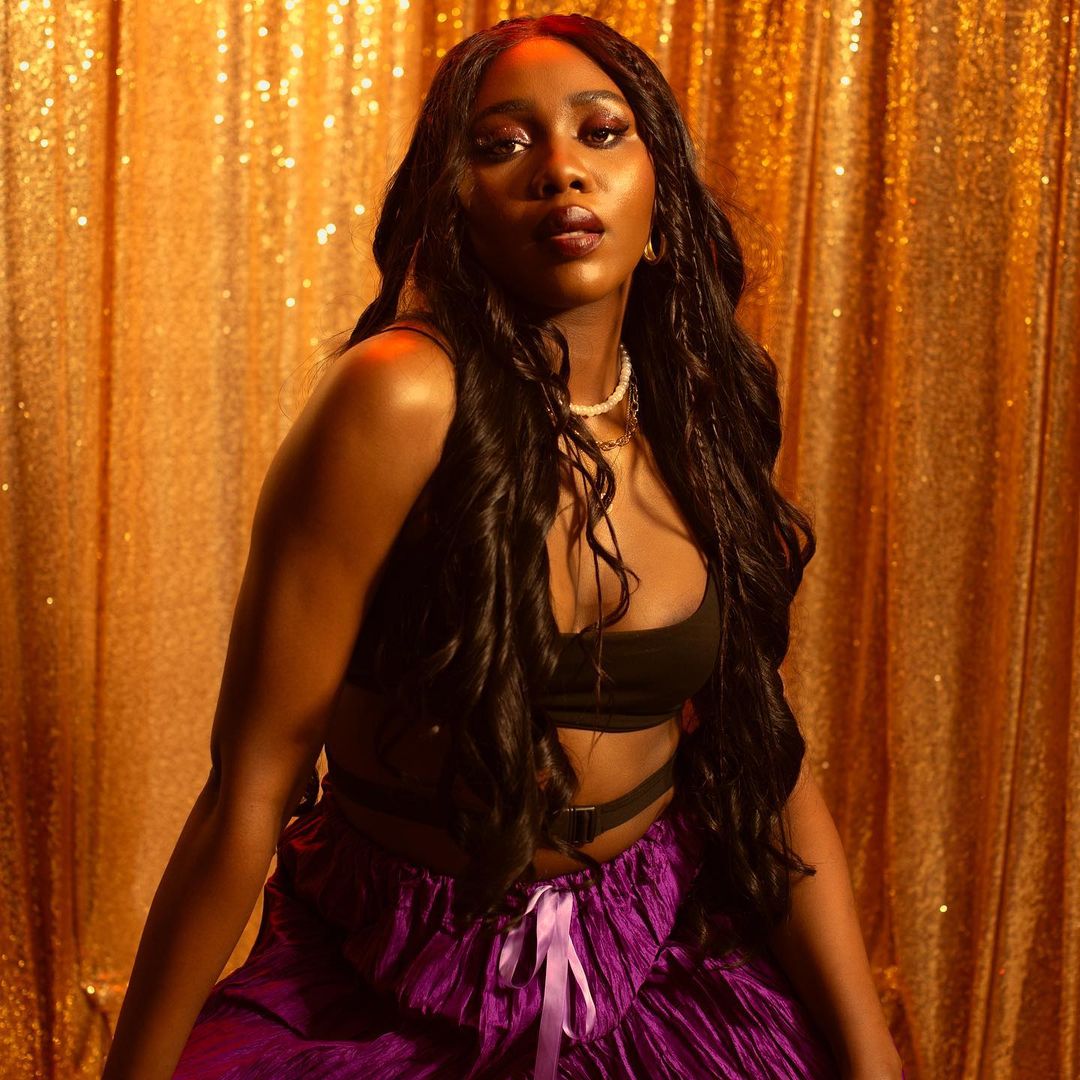 Were you expecting such a huge turnout?

Oh no, I wasn’t. Davido actually called because he wasn’t in the country at the time so I was super surprised. Even Wizkid FC was messaging me like “we dey your back”. It was super sweet, I didn’t expect it but I’m really grateful.

Why was it important that you break and set a new record?

Because I would be representing every woman out there. Because I was coming out for the women so I was like “you can’t do this and then you stop it now”. The support I was getting, even from the fans. It was so amazing.

That was what kept me going; the fact that people would come on my Instagram live and just keep cheering me on. Especially when I get tired and they see it, and they just start praying in the comment section. It was super cool.

Were there any challenges you didn’t make preparations for and how were you able to get through them?

My blood pressure skyrocketed. It went so high then it became low again. My feet were swollen. I couldn’t stand sometimes. The amnesia, I forgot how to DJ at some point.

You can’t just go and use the bathroom whenever you want. I was getting just 15 minutes of sleep every day. The last two days, we found a way to just manoeuvre the whole thing and I would sleep for 30 minutes.

What inspired you to do it and at what point did you know you realize you were ready?

When I saw Obi breaking the record, I was super inspired but I knew it wasn’t time yet. But I know that from last year, I was keen on doing it.

Who was the first person you told and what was their response like?

Sarz. He was so supportive and he was just like “It’ll be amazing”. He supported me in every way possible. He was there to motivate me. Even during my attempts, he was always there. When I got accepted, my manager was just like “I Dey your back, you’ve got this”. 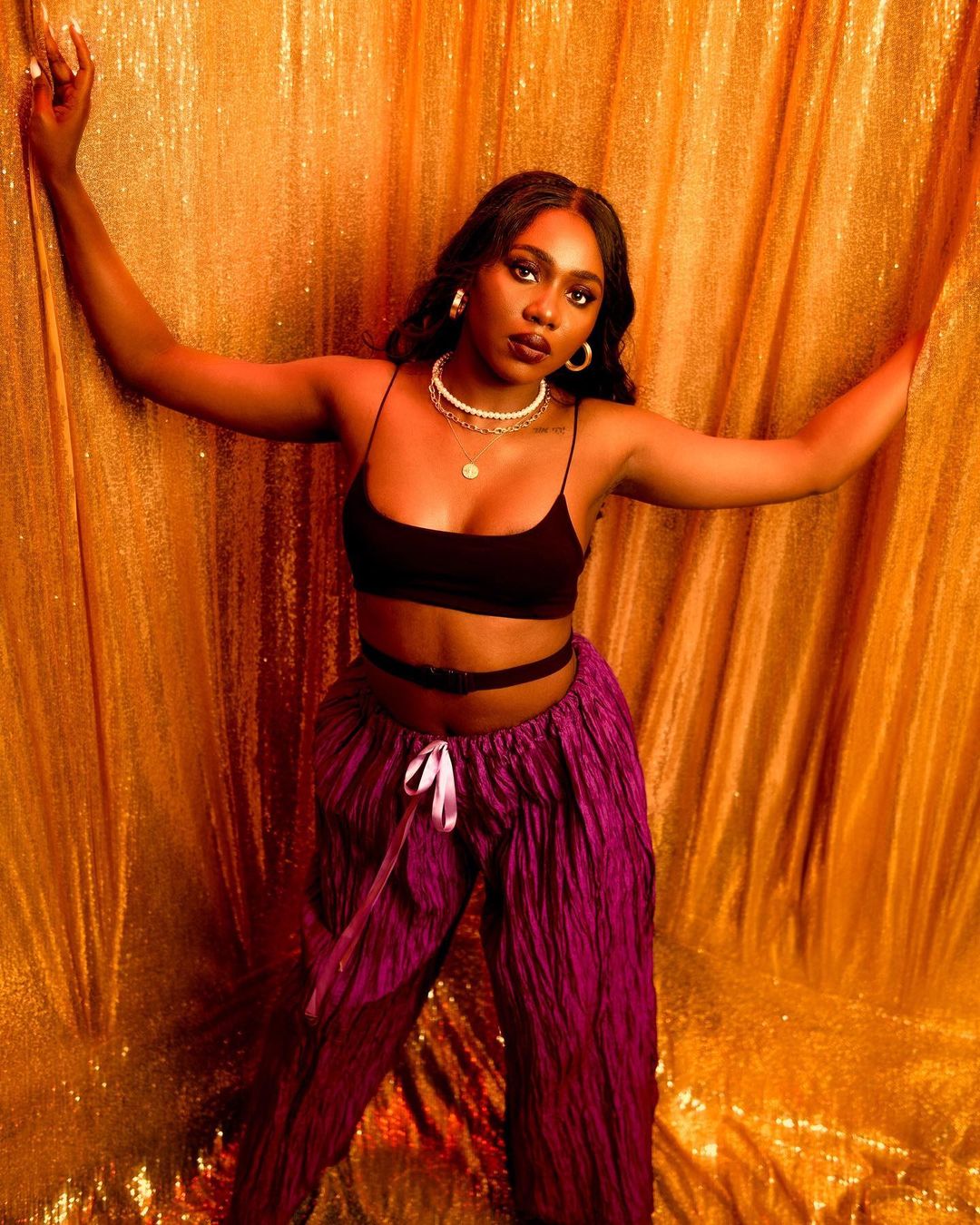 Your mum was there to support you. What did that mean to you?

My mum was there for 11 days. At first, she didn’t want me to do it. She was like “Are you crazy? What do you mean you want to DJ for 11 days”. She just knew I wasn’t going to give up so she just got with the program I guess.

It made me feel very comfortable. There were times when I wanted to stop. Even before I went it. She just kept on motivating me so that was very necessary.

You went ahead to release a new single “Domitila” immediately after breaking the record. Why did you choose this time?

Momentum is something that you cannot recreate. It just felt like the right time to celebrate myself and my music. I’m not just a DJ, I’m also a singer so it was just the right time. Everybody was watching.

The record is doing really amazing, I’m very grateful to God. By the second day, I already had a star on Apple Music and I was so surprised.

Where did your music career begin? As a DJ or a musician?

I’ve been a DJ for 8 years now. I was trained by legendary cool DJ Jimmy Jatt. My dad was a DJ and a basketballer in Chicago. My family was a very music inclined family so I was always around a lot of music. In 2016, I started singing.

I was on Banky on D Beatz, Santi’s “Beat It Up” featuring Tay Iwar, Odunsi The Engine’s “Rare”, the song “Green Light”. Asking me how I put music and DJ-ing together is like asking me how I eat. It’s just what I do. I don’t see it as an extraordinary thing. 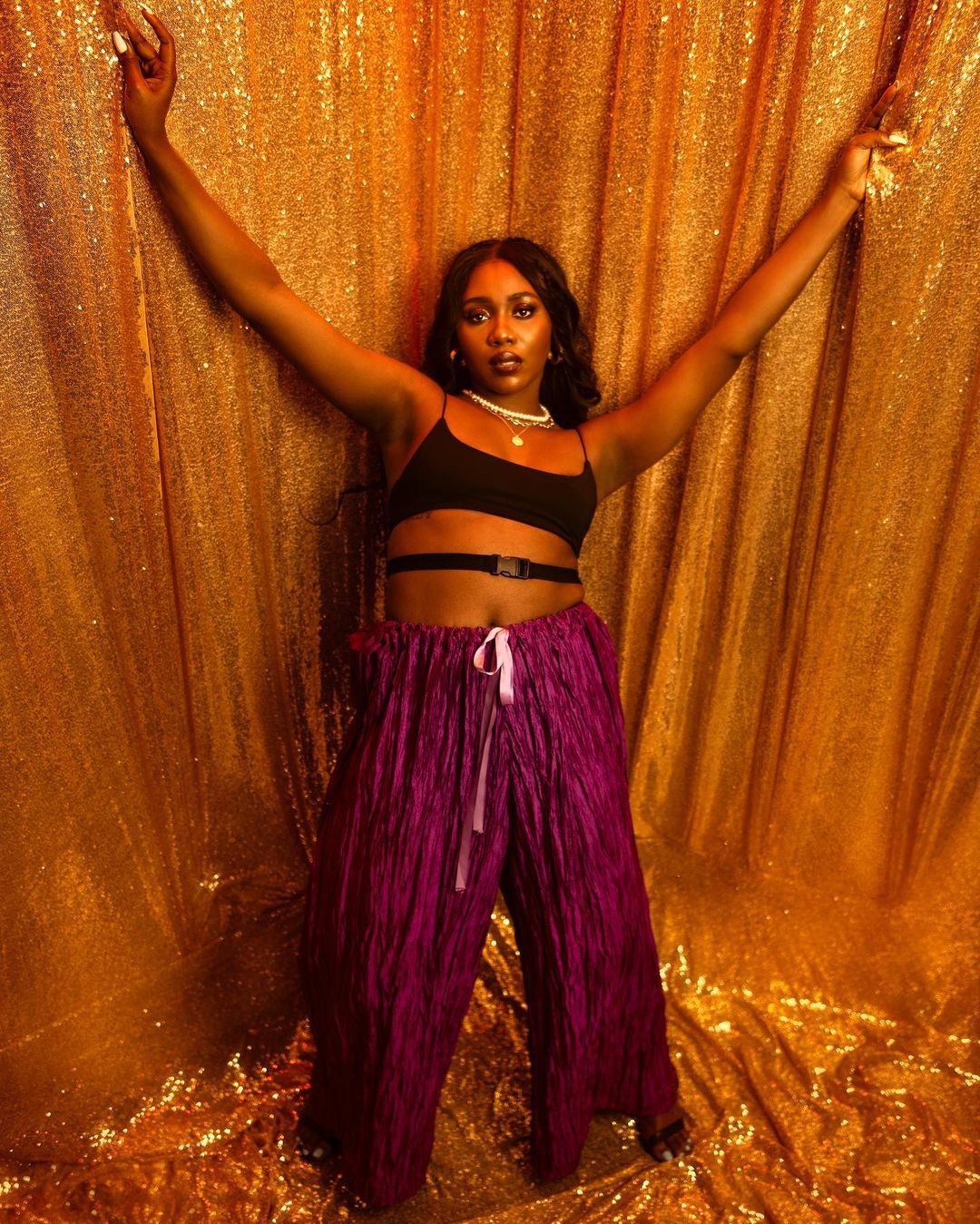 Does being a DJ influence your sound as a musician?

Yes. I’m more critical when it comes to my sound because I have such a vast knowledge of music. If I’m making a song and I start doing ‘rubbish’, I’m like “Aunty, just stop it. It doesn’t make sense”. I’m able to criticize and just be very honest with myself.

What artists did you listen to growing up and how did they influence your sound?

Aṣa influenced my music a lot, Nneka. I listened to everybody that needed to be listened to growing up. Even till now, I listen to a lot of Niniola, Tiwa Savage, Teni, Wizkid, Rema, Davido. I listen to everybody because these guys are at the top and there’s something that makes them the way that they are that I want to be inspired from.

Asides from DJ-ing, do you plan to venture into any other form of art?

I’m definitely going to keep making music and I’m going on tour. Right now, my focus is there. There’s a meet and greet that will be happening all around Nigeria. I’m going to be travelling a lot around the world to DJ, perform and all of that. There’s so much that is about to happen that I’m very grateful for.

Seeing that you don’t waste time before the next project, it’s safe to ask, what is next for Yin?

I have my second single out soon. I have “Domitila” video out soon. My project is out next year.

Stay tuned for the special features on Yin’s forthcoming project because “It’s going to be a surprise.”