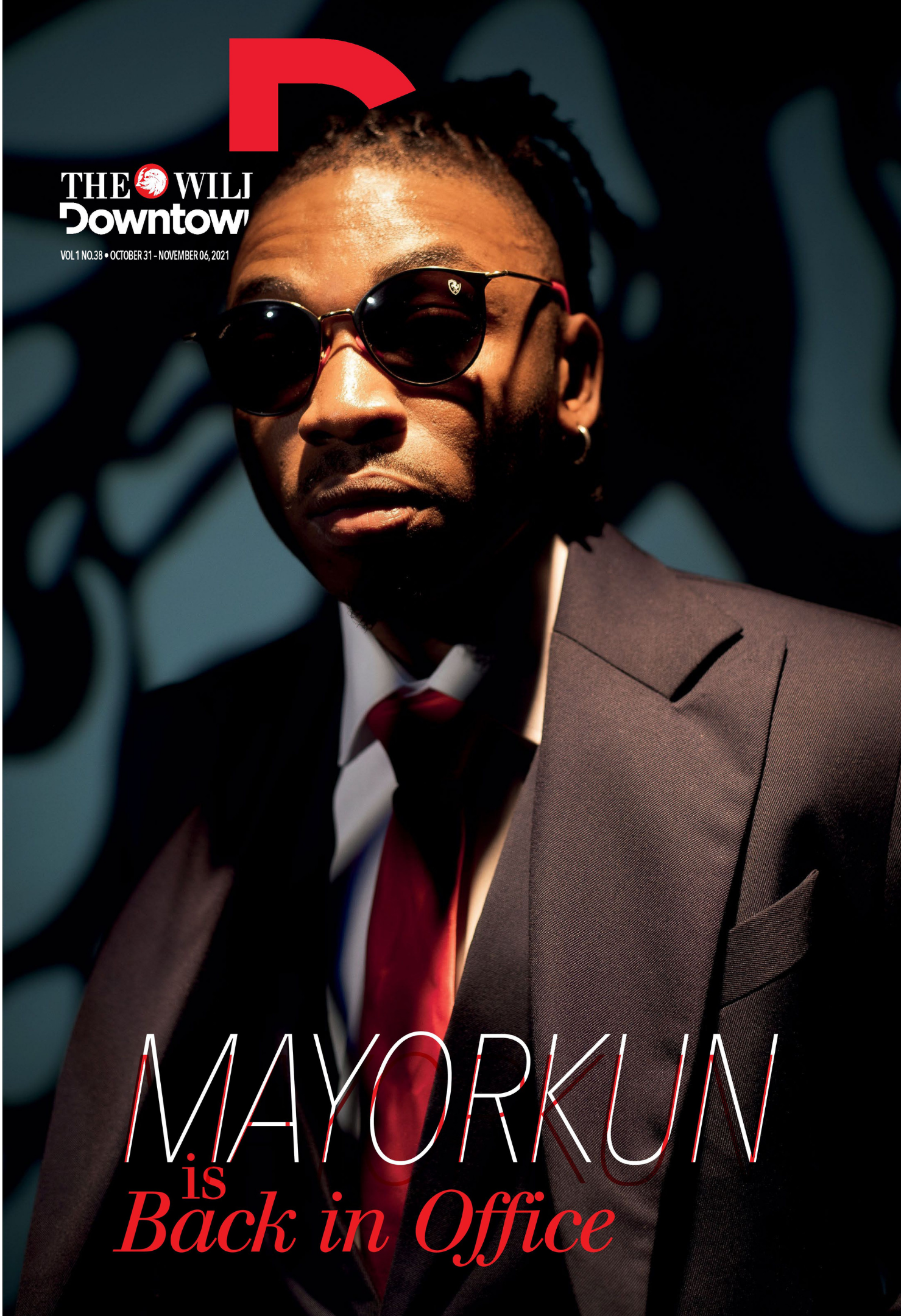 On the cover of the latest edition of TheWill Downtown Magazine is Afrobeats superstar Mayorkun who made his “Back In Office” release following his recent partnership with Sony Music.

I remember as a young girl my dad asked me what I’d want to be when I grew up. ‘A model’, I said. He ignored me and then asked again. ‘An actress’, I responded this time. Again, he ignored me.

And over time, my responses to this question mutated – singer, performer. His responses stayed the same.  Until finally he’d had enough: “You are being lazy, you will study law”, he said. And that was the end of my dream of being in the entertainment industry.

I think about that conversation with my dad quite often, and wonder if I would have made a good singer.  I certainly thought I had a good singing voice at the time, and also enjoyed presentations and poetry so what was the worst that could happen?

Looking back in hindsight now, I realize that the entertainment industry is more than just a good voice, confidence, or a pretty face. It is exceedingly difficult to penetrate and so more often than not, young artists have ‘godfathers’ who help to pull strings to take their career to the next level.

The hours of writing and recording, coupled with tours and trying to get signed on to a good record label all add to the rigours that come with the job. Let’s not forget having to try to get radio stations to play your songs from a pool of requests that they get per minute from new artists…Daddy, you were wrong. It really is seriously hard work.

​Not many work harder than our cover personality for this issue, Adewale Mayo Emmanuel, AKA Mayorkun, who is also referred to as the Mayor of Lagos, was as we all know, famously discovered by Davido.

He has come into his own and is now signed on with Sony music. With the recent attention Nigerian artists are getting which in turn has birthed several collaborations with international stars, it will be interesting to see if his new record label will position him for one of such collaborations – ‘If the chemistry is right​’.

The edition also includes a special feature with #BBNaijaShineYaEye star, Jaypaul in conversation about life after the Big Brother Naija show. 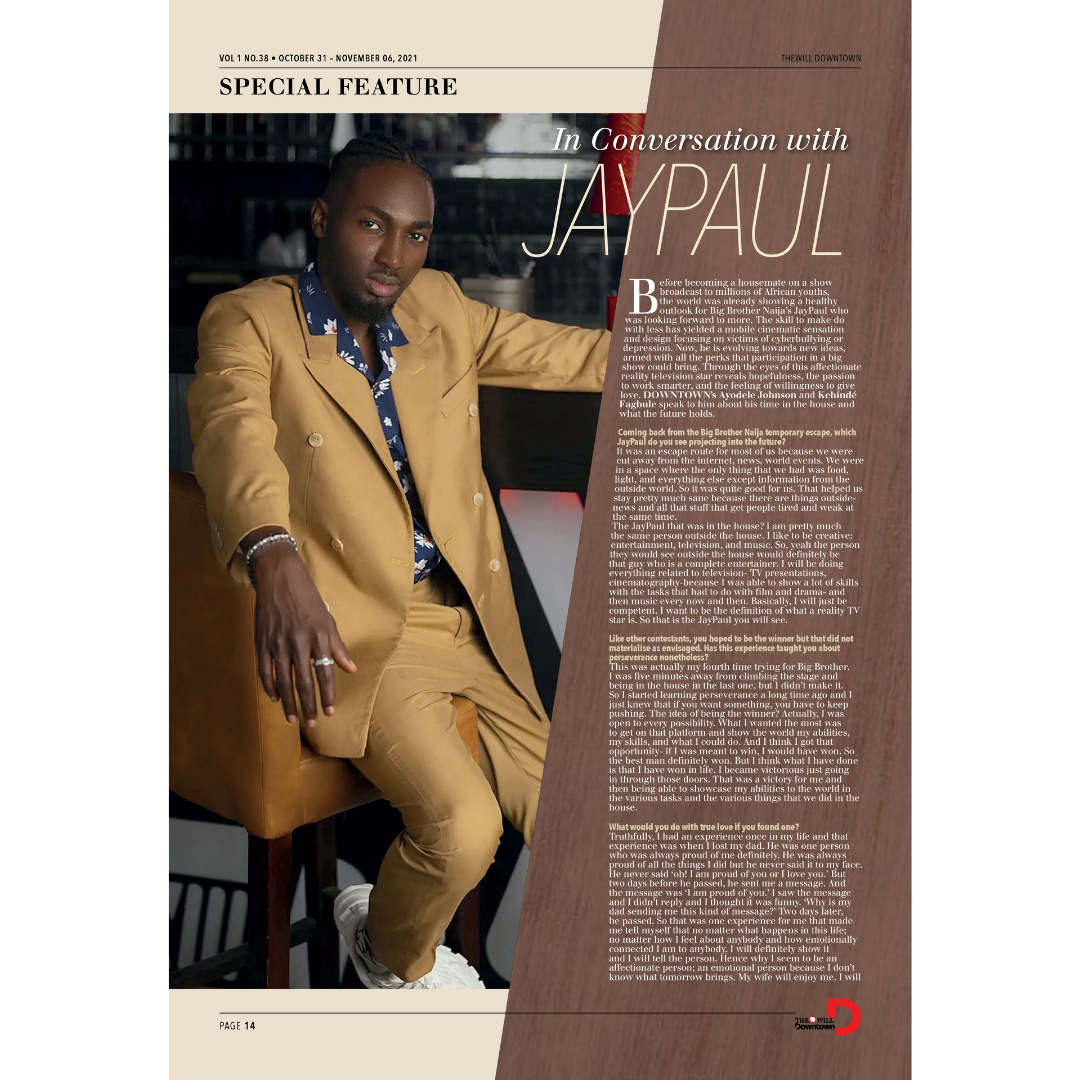 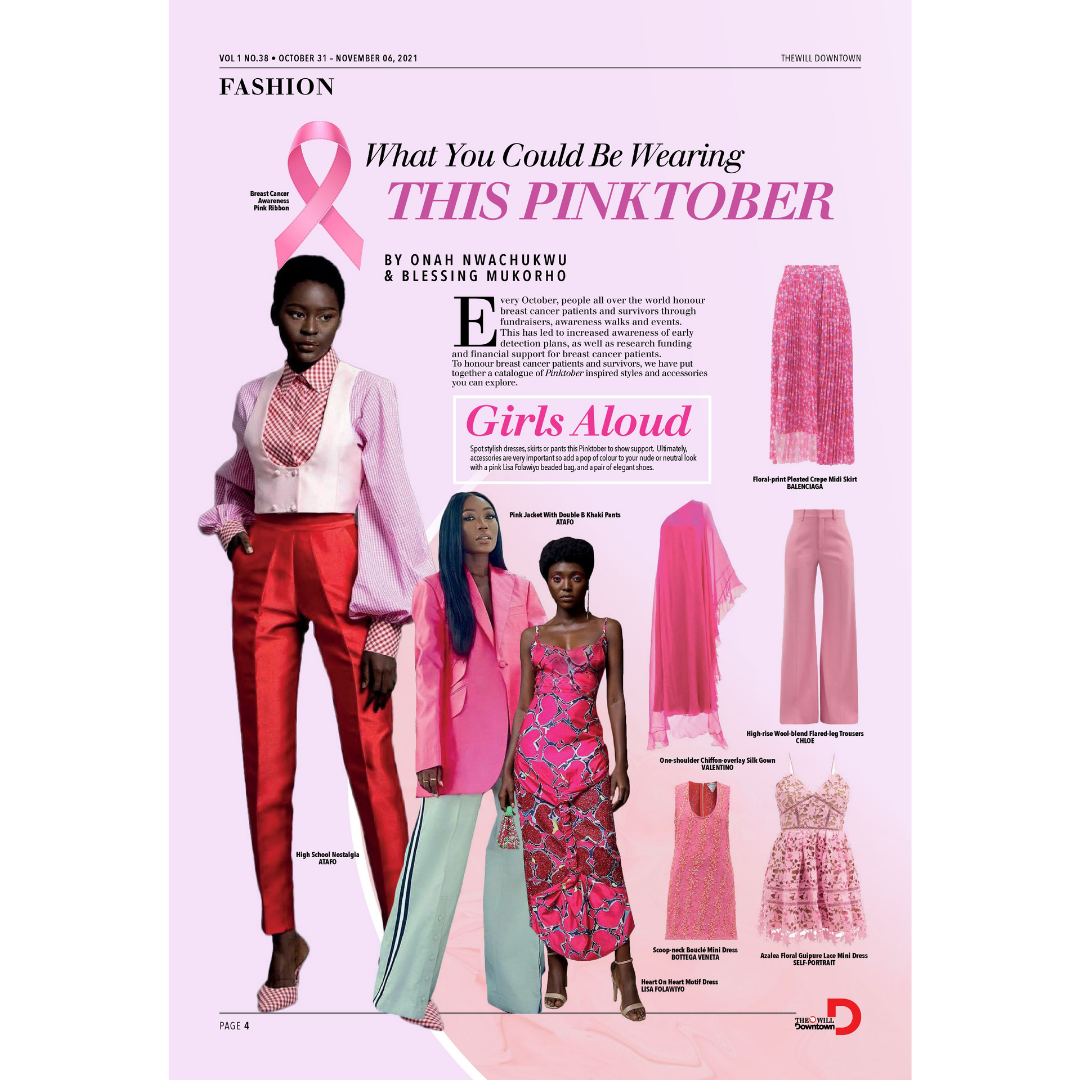 This week’s issue also pays homage to breast cancer survivors in the fashion and wellness pages. It includes a list of must-have beauty products as well. 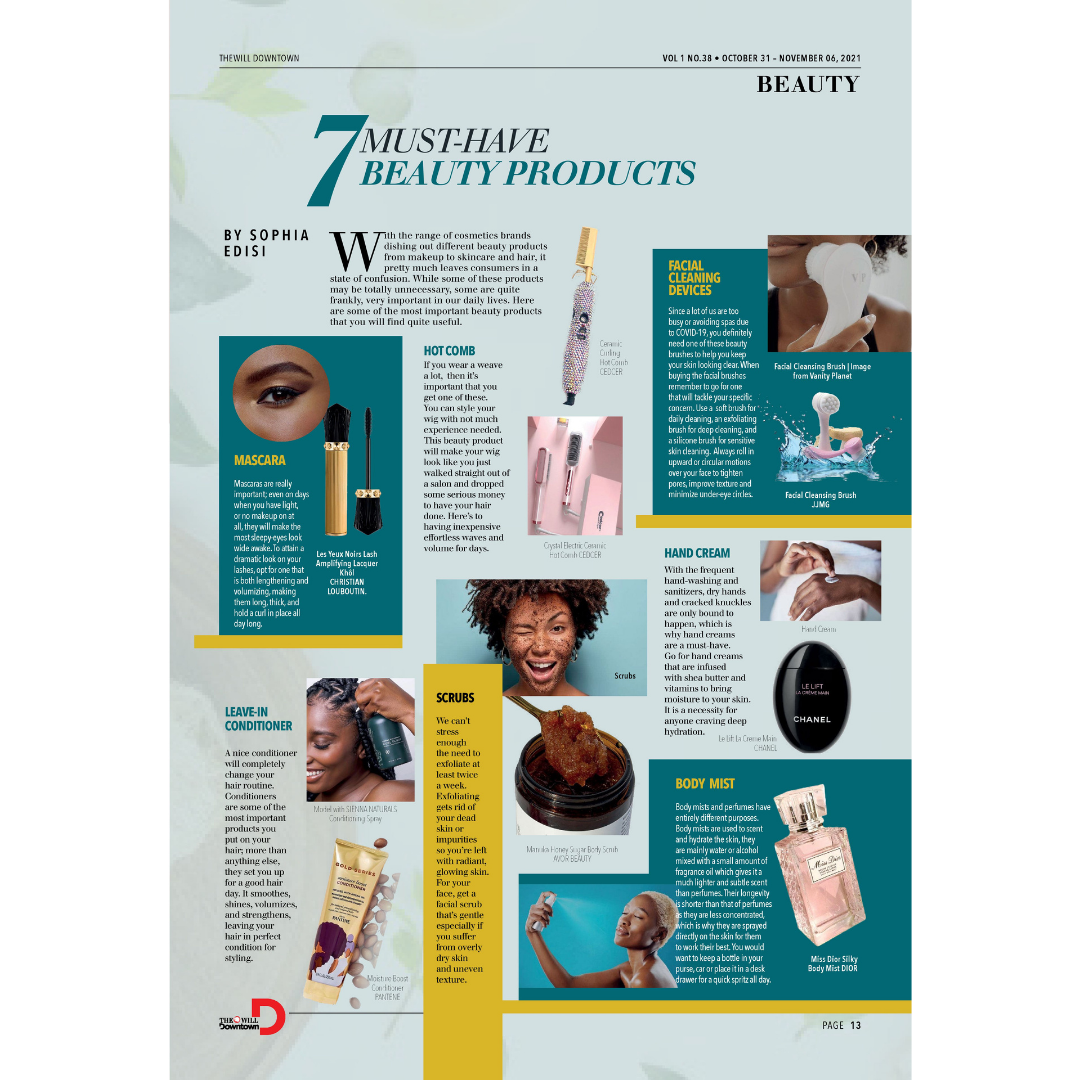 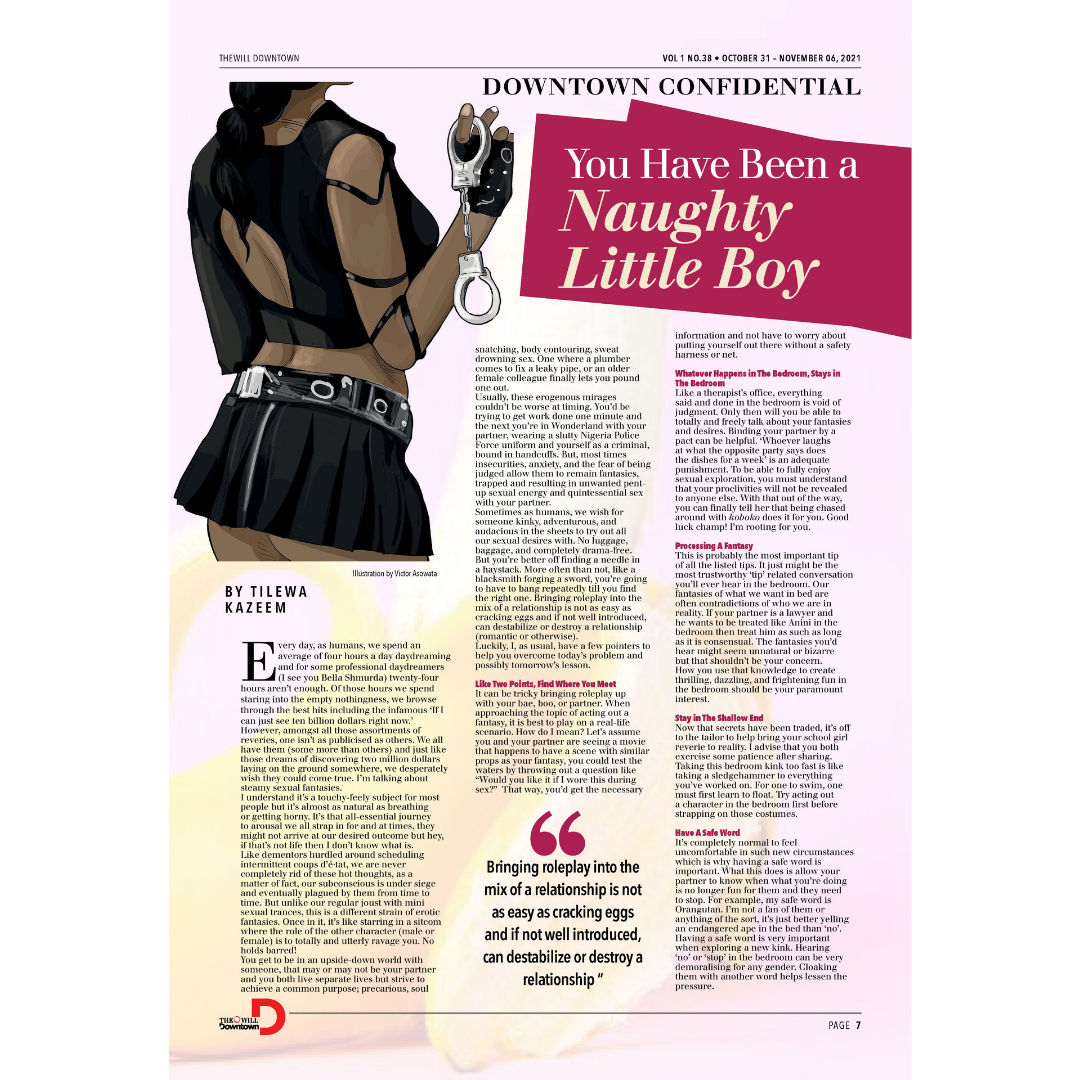 Finally, in the movie review section, ​Bolu shares his opinion about​ the new movie,​ “Dune“. 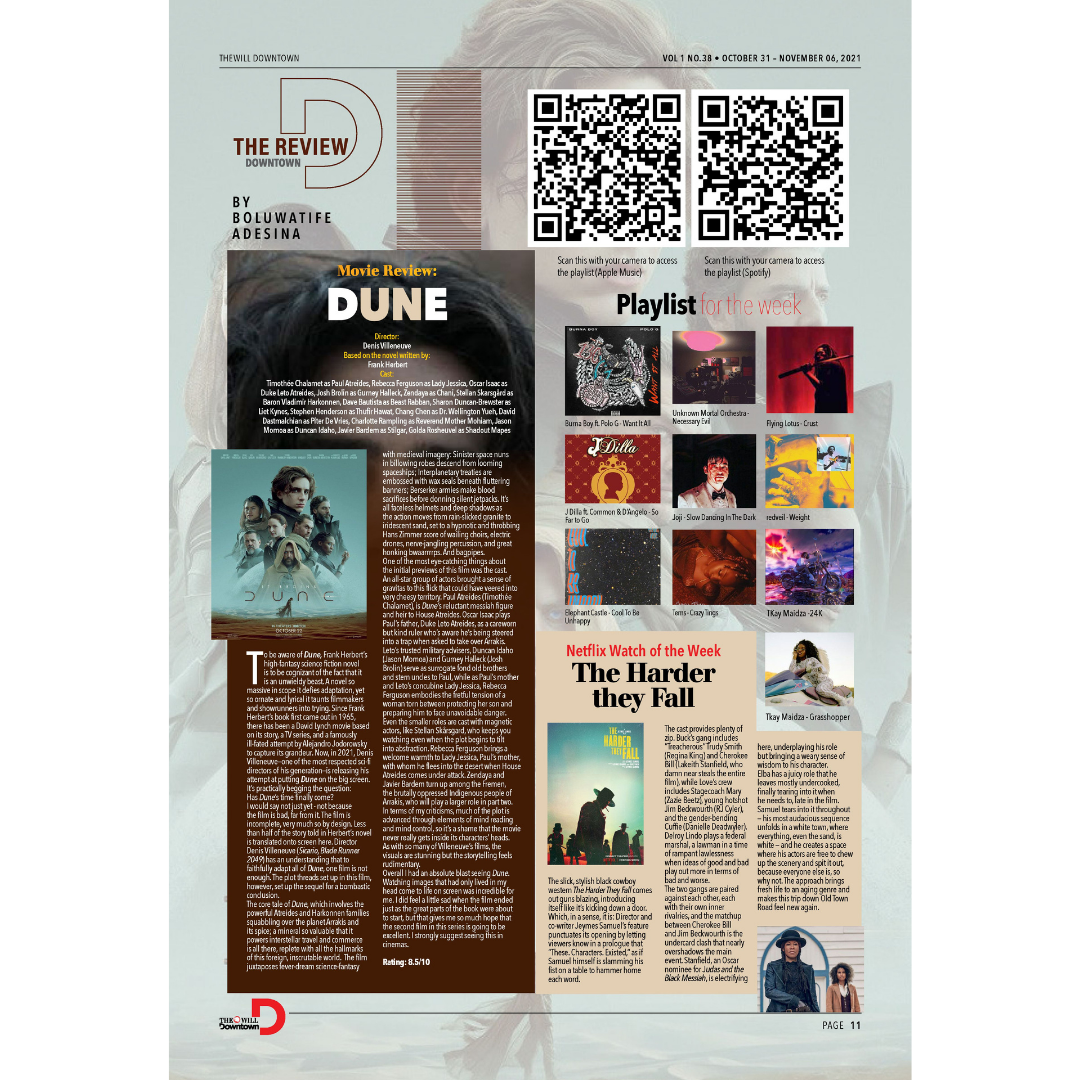