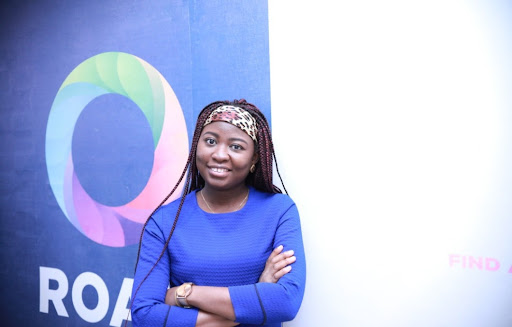 Every step, every action, or inaction is more often than not a result of a choice that was made. These choices range from huge to seemingly mundane; some vary with individuals, and to further break that down, they vary with gender.

Should I take the job or not? Should I ask for a raise? Perhaps I should lodge a complaint about my manager or give them a longer rope? These and more are some of the choices working professionals- both male and female may face at some point in their career journey.

But when it comes to a major life-changing career choice- to leave a job or stay in it, women have been found to carry the heavier burden. In a recent Employee Satisfaction report by Jobberman Nigeria, statistics revealed that 70% of women are likely to leave their current jobs, 24% are yet to make up their minds while only 6% are happy to remain.

The subject of women making the decision to let go of their white-collar career ambitions isn’t entirely new, what’s simply more concerning is the fact that the COVID-19 pandemic has further toppled the scale against women. As far as the raging trend of employees quitting their jobs (The Great Resignation) go, women are certainly taking the lead.

So, why are women leaving (or considering leaving) their jobs?

Ruth (32) was forced to question her ambitions, goals, and everything she’s ever believed about having a progressive career journey when she became a mother. She admitted that for the first time in her 8 years of being a career woman, she considered quitting her job altogether, never to return from her maternity leave. The crippling worry of whether or not she’ll be able to put an effective child care structure together when she heads back to work was at the root of her temptation to quit.

While she eventually made the tough decision to stay, not all women get to have it all. Especially without the kind of support system that made it relatively easier for Ruth.

A typical example is Abiodun (31), an HR professional who decided to take a career break when she had her first son. It was meant to be a temporary break, just so she could take care of the child. Baby number two arrived just as she was preparing to head back into the workforce. Now saddled with the responsibility of nurturing two children, with effective child care services proving difficult to find, she’s now decided to leave the 9-5 industry for good.

A study once showed that fewer than one-in-five of all new mothers, and 29 percent of first-time mothers, return to full-time work in the first three years after maternity leave. This falls to 15 percent after five years.

Child care, for which women are expected to be largely responsible (among other things) in the family, is a major determinant factor in their career life span. For most women, only a few things are as difficult as trying to juggle a thriving career and motherhood.

When money is not enough motivation

Seeing as the number of women leaving or getting ready to leave their jobs isn’t restricted to the working Mums, it is important to shine the spotlight on other women outside this demographic.

The gender gap in the workplace has always varied from salary differences to access to opportunities, and more. However, the current trend has shown that if they choose to remain in the workforce, women will prioritize working in an organization that holds a promising career growth potential. In the gender demographics insight on employee’s desired intrinsic traits from a company of Jobberman Nigeria’s Employee Satisfaction report, men ranked Financial Stability of a Company as the most important intrinsic trait followed by Career Growth and Welfare/Benefits. However, women ranked Career Growth as the most important intrinsic trait, in addition to Financial Stability of a Company and Welfare & Benefits.

It is certainly not unpopular to desire what’s lacking, this could be the reason why women will be more interested in career growth- moving up the rung of the ladder.

Generally, women are also starting to readily embrace the freedom, flexibility, and fulfillment that come with owning a business. It’s, therefore, no wonder that they’ll wave goodbye to a workplace that does not offer these perks, irrespective of their commitment.

The role of the pandemic

While the culture of remote working which was made hugely popular in the Covid-19 era may work quite well in favor of men, it poses a greater threat to women’s idea of work-life balance. Having to combine domestic duties with work demands only added to the stress and exhaustion that working women are typically susceptible to.

For instance, trying to juggle children’s online classes with the never-ending virtual work continues to take a toll on a number of career women. Struggling under this weight has informed the decision to quit for some, while some are now actively considering it.

In all honesty, the taste of a world where some of these women could be more actively involved in parenting their children more intentionally and closely has been irresistibly attractive for some. To the point that they’re willing to risk it all for a permanent continuation.

Urgent wake up call for employers

Now that it’s easier to quit, more than ever before, it’s time for employers to start thinking of ways to make it easier for women to remain in the workforce.

There’s no hard and fast rule to creating an enabling environment that will allow women to thrive. But feeling the pulse of the women within your organization to know what flexibility and career growth mean to them will be a good place to start.

In addition, the  Jobberman Employee Satisfaction Report has actionable insights that can help you improve the overall retention rate in your organization- for both female and male employees.