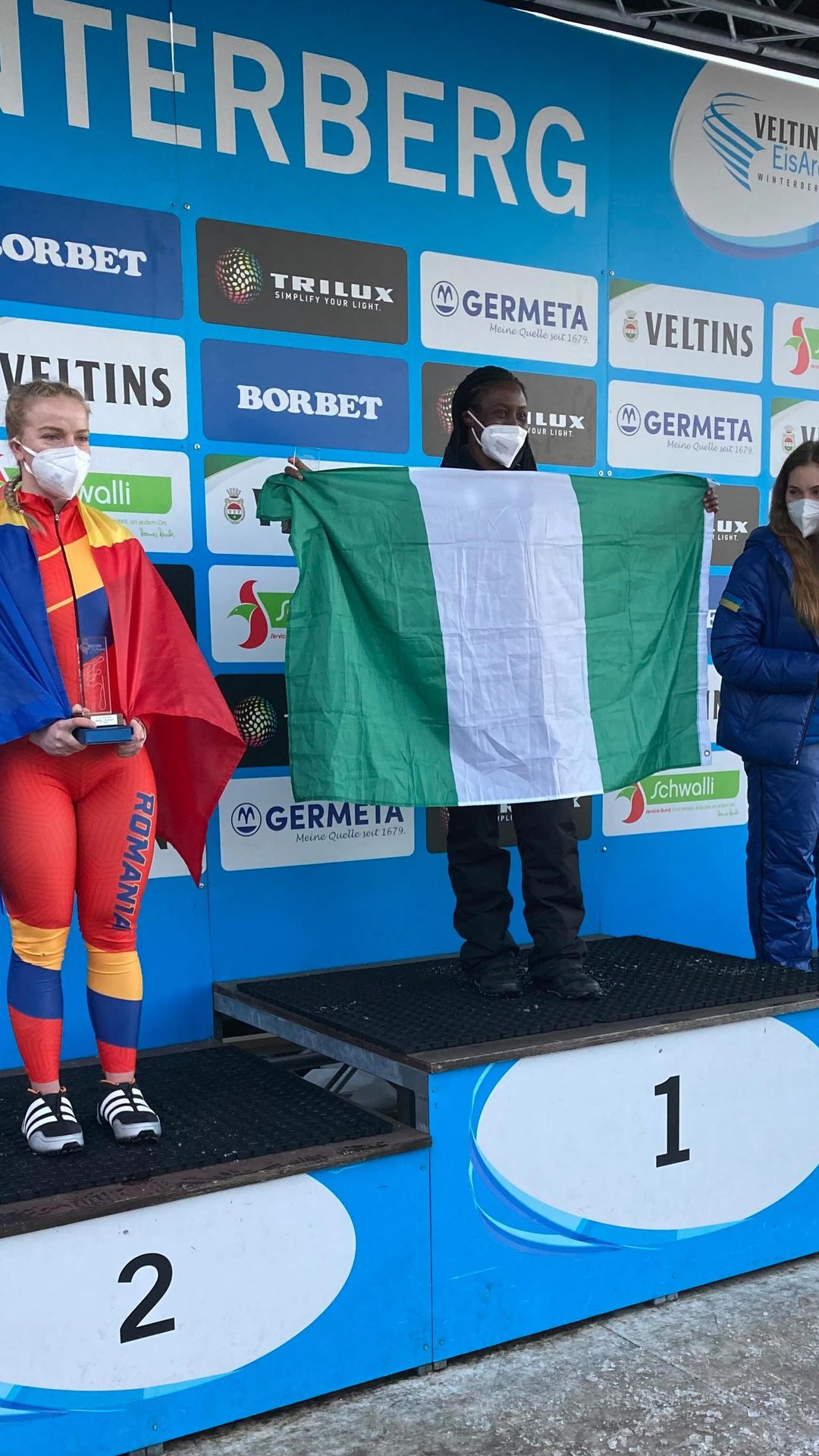 Simidele Adeagbo has just made history!

The Nigerian-Canadian trailblazing Olympian won the Europe Cup mono bob race at the 2021–22 Bobsled World Cup, which began on November 20, 2021, in Innsbruck-Igls, Austria, and concluded on January 16, 2022, in St. Moritz, Switzerland.

According to Wikipedia, Bobsleigh, often known as bobsled, is a team winter sport that entails making timed runs in a gravity-powered sleigh down small, winding, banked, icy tracks. The International Bobsleigh and Skeleton Federation governs bobsleigh competitions across the world (IBSF).

She posted a video of herself mounting the podium to receive her gold medal on her Instagram feed to share the good news. She captioned the post.

Before Friday, January 14th, 2022, no African athlete (male or female) had ever reached the top of the podium of an international bobsled or skeleton race. That all changed when I won the Europe Cup monobob race in Winterberg, Germany and became the FIRST Nigerian and African athlete to take home the gold in an @ibsfsliding race.?

With personal best down and push start times, I raced for an unprecedented feat and earned a decisive victory. In a predominantly Eurocentric, male dominated sport, some didn’t expect to see an African woman atop the podium. In fact, there wasn’t even a Nigerian flag and anthem on hand for the awards ceremony (luckily I had my own flag☺️). No matter how unexpected my victory may have been for some, it was a shining moment in which my dream became a reality.

Special thanks to my coaches @robhinton15 and @ivank53 who always believed this moment was possible??

Watch the historic moment below: