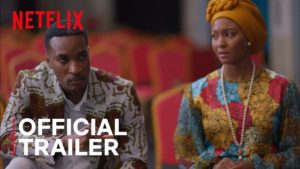 A Bolanle Austen-Peters-produced film is coming to Netflix!

The film titled “Man Of God” follows the story of Samuel Obalolu, the first son of a strict disciplinarian pastor who finally “liberates himself” from his oppressed upbringing. He is hell-bent on shedding the facade of “the preacher’s son”. After a few failed relationships and heartbreaks later he ironically finds himself behind the pulpit with a wife he doesn’t love, a deep resentment born of the abuse of his upbringing and the skeletons of his past relationships threatening to upstage his success and ruin his life.