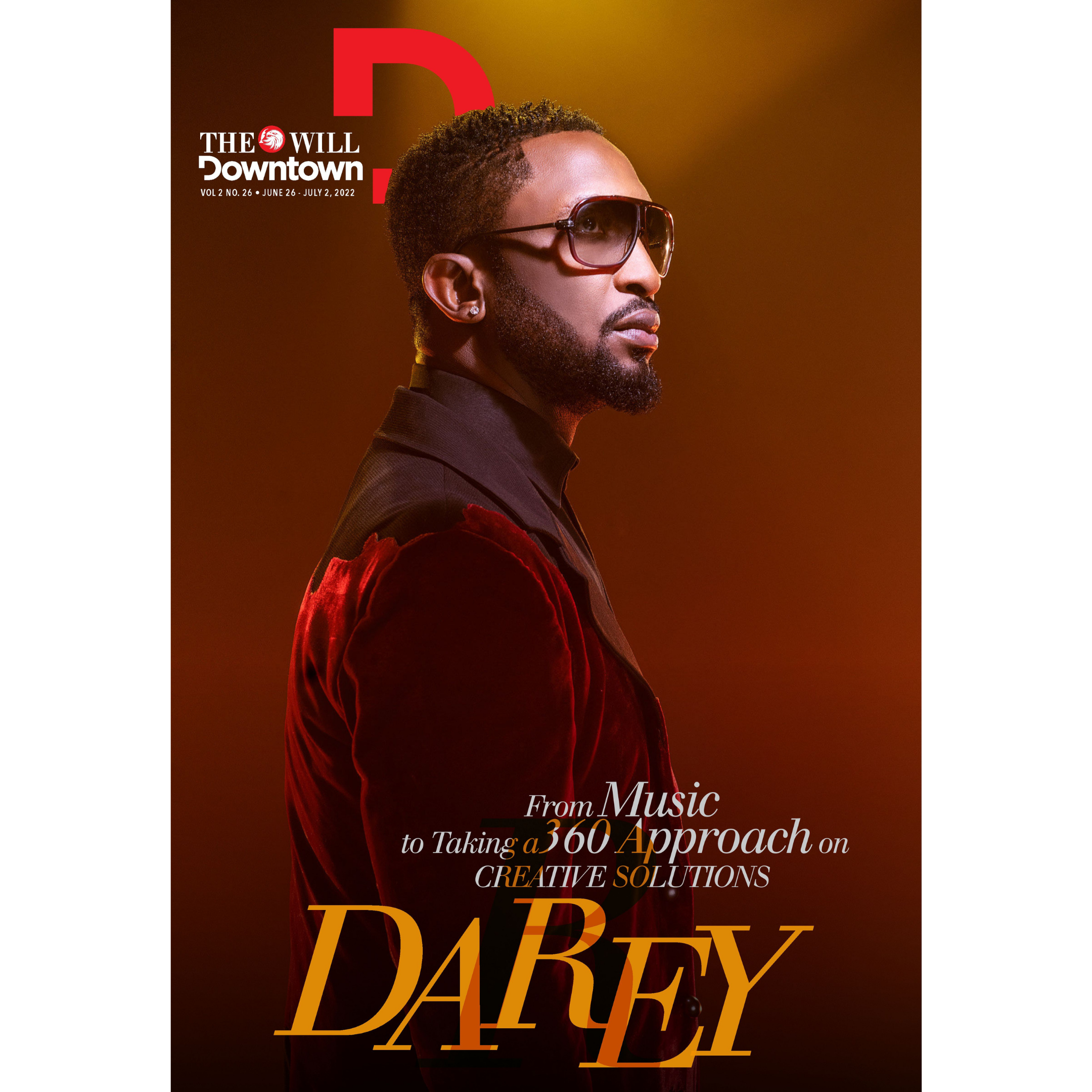 Darey is one Nigerian household name that has remained relevant over the years. From performing live music in clubs as a 15-year-old to masterminding the biggest concerts and TV productions. He was also an on-air personality and a TV host at some point and also coached on, hosted, and judged some of the biggest reality TV shows in the country.

In his interview with Onah Nwachukwu of The Will Downtown and writers, Kehindé Fagbule and Tilewa Kazeem at the Livespot360 office, Dare speaks freely on his platform growing up. Being born into an entertainment household played a major role in his love for music. His dad, Modupe Afolabi Jemi-Alade, popularly known as Art Alade, was a TV royalty who transitioned into music royalty and pioneered jazz in Nigeria.

On coming into the spotlight, he admits to being born with a silver spoon:

Yes, I come from a rich entertainment background. My dad was the Director of Programmes at NTA, the host and producer of The Bar Beach Show and a national TV personality. He interviewed the entertainment society’s crème de la crème, almost like a Jay Leno. This was before he retired and embarked on his musical career. So that’s where I came from, and of course, growing up, there was music one way or the other; either from the music my dad would listen to or the ones I knew. We all just love music and that was what really inspired me to go down the music alley but it wasn’t obvious early on. From secondary school, I joined the choir, and then I ended up leading the choir. I also lent my talent to other schools like Queens College. It was their 50th or 70th anniversary—if I’m not mistaken— and they had a big production and needed male voices. So I and some of the other boys who could sing within that circuit gathered there, had rehearsal there, and we helped them—and I did things like that in secondary school. After that, I went on to study music at the university, and while doing that, I worked on the radio hosting shows. I was part of a group called ‘The Cordwebs,’ so yeah, I was doing everything. 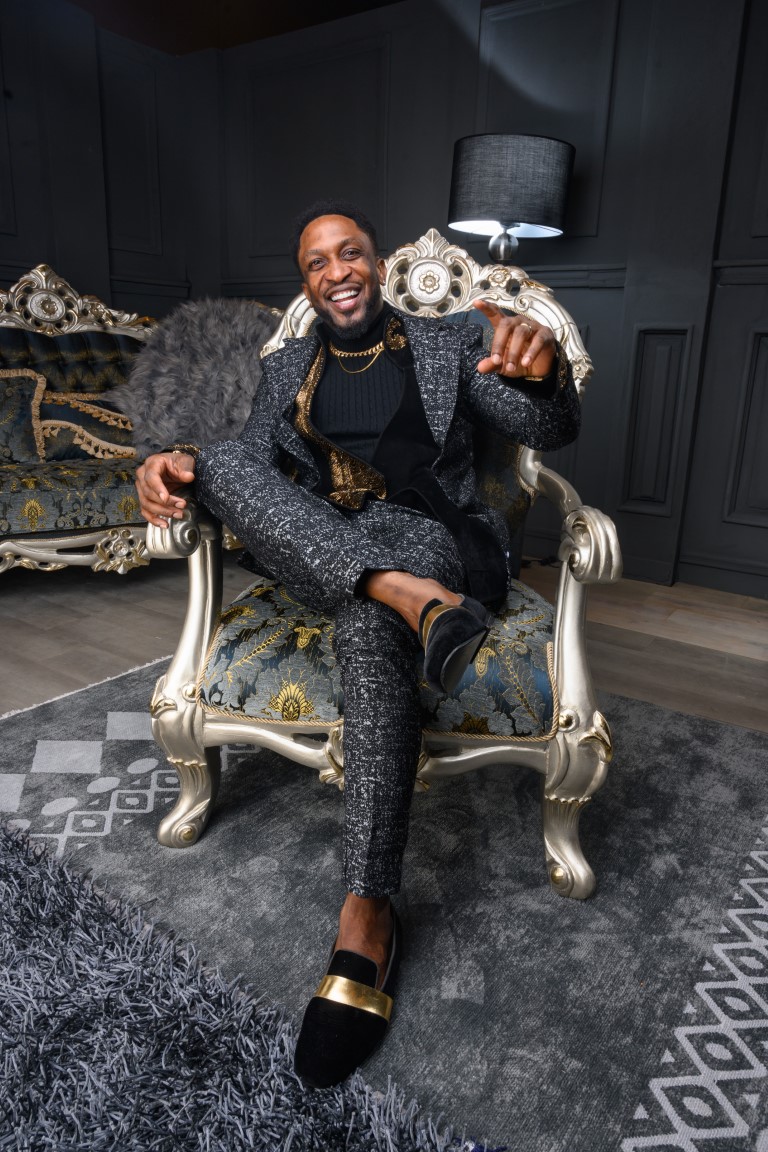 As a teenager, Darey was already hanging out with some of the biggest names in entertainment:

It was my reality. I would always hang out with older people in the industry. People like; Muyiwa Majekodunmi, Jaiye Aboderin, The Jaye Sisters, Wunmi Obe & Segun Obe, were people I hung out with” He said, “Being on the radio as well, I saw the likes of Plantashun Boiz happen, then Tuface after the Plantashun Boiz. I saw the Remedies come and go, I saw Ruggedman, Ruff, Rugged & Raw by Double X Posse, I saw a lot of them. And over the years, that was the music I played on the radio and the kind of people I would interview as a radio on-air personality, all while I was still in school. I studied Creative Art, which included a bit of dance and theater, and then ended up majoring in music, where I got my B.A. While all this was going on, I was still in that group, The Cordwebs and we would perform in all the major and minor shows across the country. Juggling all of that at such a young age was something I got used to because that was what I needed to do to survive. It became something I knew I wanted to do from then. It became a pattern, It became something that could put food on the table, I was making money, I was hip, and I was becoming a household name. All this happened before Project Fame. Radio really gave me that platform. I’d get backstage access and VIP access to any and every social event, and I worked for it.

On his living situation as of the time he was breaking into the industry, Darey reveals he had left home in his teens. “I started living on my own from the age of 16 or 18 during the radio days, but it was never like I abandoned home. I would always visit home. Of course, my father was late at this time, so it was just my mum, my siblings and me,” he says. 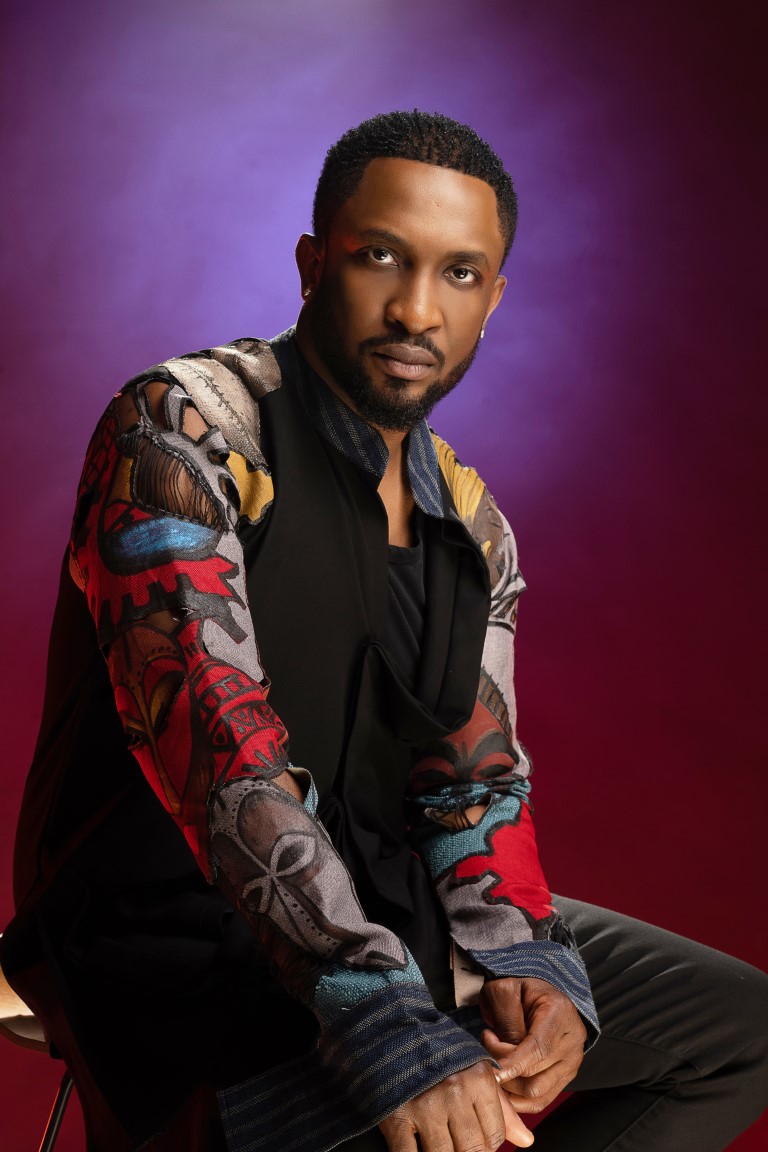 “It was more convenient for work. Coming close to work, I could literally walk to my place of work, and I had already formed a sense of independence. I was making my mistakes on my own. And when of course, water pass garri, I had where to go back to for advice. And even how I got my radio job was interesting. It came from performing. It came from singing for Laitan the ‘theheavywind’ Adeniji. You probably know him as Fela in Kalakuta Queens. He had a band then, and I would jam with him, and we’d do a few songs. We were performing at a restaurant owned by a cousin of mine down the road on Ozumba Mbadiwe. He hosted nights like club nights and entertainment nights, and all the big boys and people hung out there because it was a nice spot. I used to perform, and I would speak to the audience, run like a temperature check with the audience and unknown to me at the time that the person who was going to give me my first shot at the radio was listening. From that humble beginning, I spent my fives years in radio, and there wasn’t a show I didn’t host. From the prime time to commercials, I was the voice behind it. Even my first time on-air was as a result of someone not showing up, and I was living right across the street,” he explains. 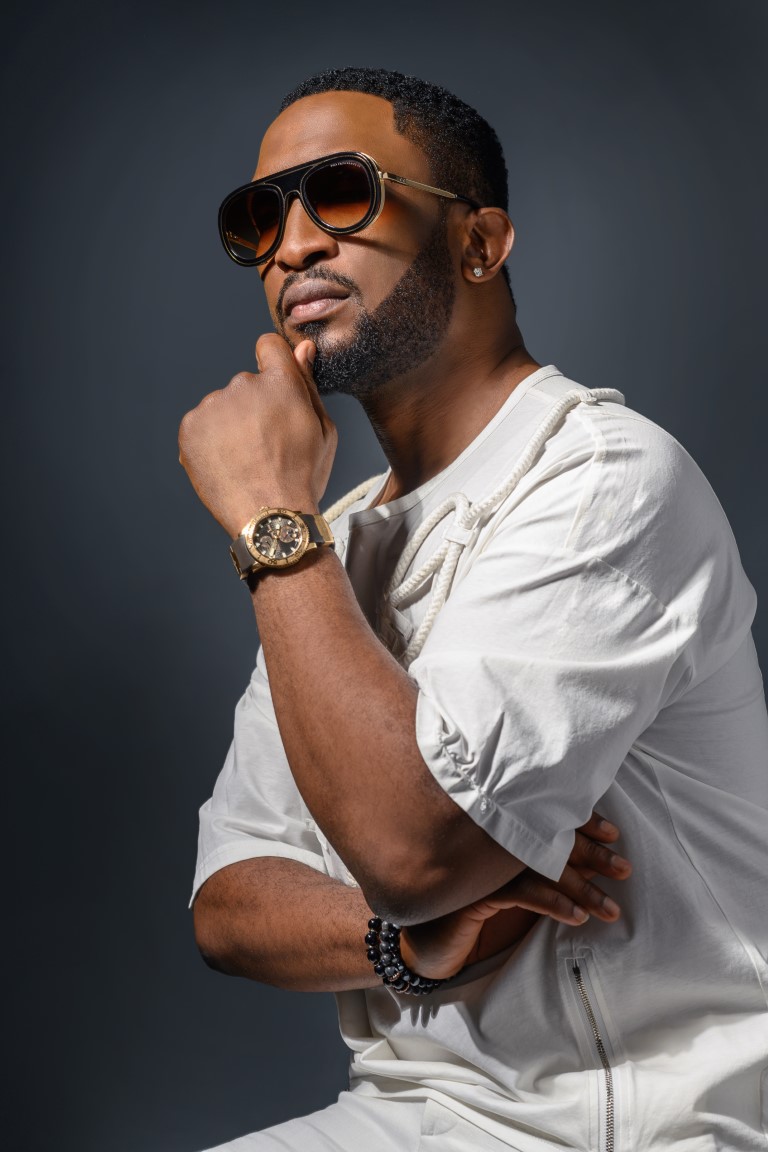 He talks about making music, it was something he was always going to do:

I started writing and recording music long before Project Fame; while I was still on the radio, I had started making demos and things like that. I didn’t start music as a recording artist but as a performing artist. Give me a live stage band; live performances and an orchestra were my things. I felt becoming a recording artist was a transition for me. You’d find that not all performance artists are great as recording artists, and not all recording artists make great performance artists. Fast forward to the day I played the Project Fame commercials on the radio. I realized that this audition venue wasn’t far from where I worked. So when I finished my shift, I thought to go there and try out. Seeing as that day was the last day, I just thought, ‘shebi, I used to sing? It shouldn’t be that hard.’ And since then, the rest, as they say, has been history. I gave birth to Nigerian RnB and paved the way for those who confidently wanted to come with a different sound.

The height of his career, Darey was one of the most remarkable voices in the alternative music scene. He also birthed the groundbreaking series titled Love Like a Movie. He spoke on how it all came to life:

Everything was all in phases, and it was the necessity to create experiences that only we understood. We knew what we wanted to achieve, but didn’t have the hardware or the experience to materialize ideas in our heads on another level. We realized we had to do it ourselves and that was what gave birth to Love Like a Movie. I hadn’t done anything in a while, a public concert. So we chose to do something fresh. Because of my style of music, it was a concert for Valentine and that also gave birth to our experiential production and now, experiential marketing. The 360 solutions we now provide for all sorts of experiences for our clients. It came as a result of necessity; we needed to raise the bar. You see what we are doing now? Mediocre is even generous because we are not doing anything as far as giving people something worth sitting down to watch and really taking them on a journey (insinuating that they have much bigger plans). So we just closed the book and opened a new chapter entirely. I was deliberate, I was purposeful. It wasn’t easy; it was very very tough. But fast forward to where we are today; those were the sacrifices we made, not just for ourselves, but before the entire industry. It took a lot, I wouldn’t lie to you. 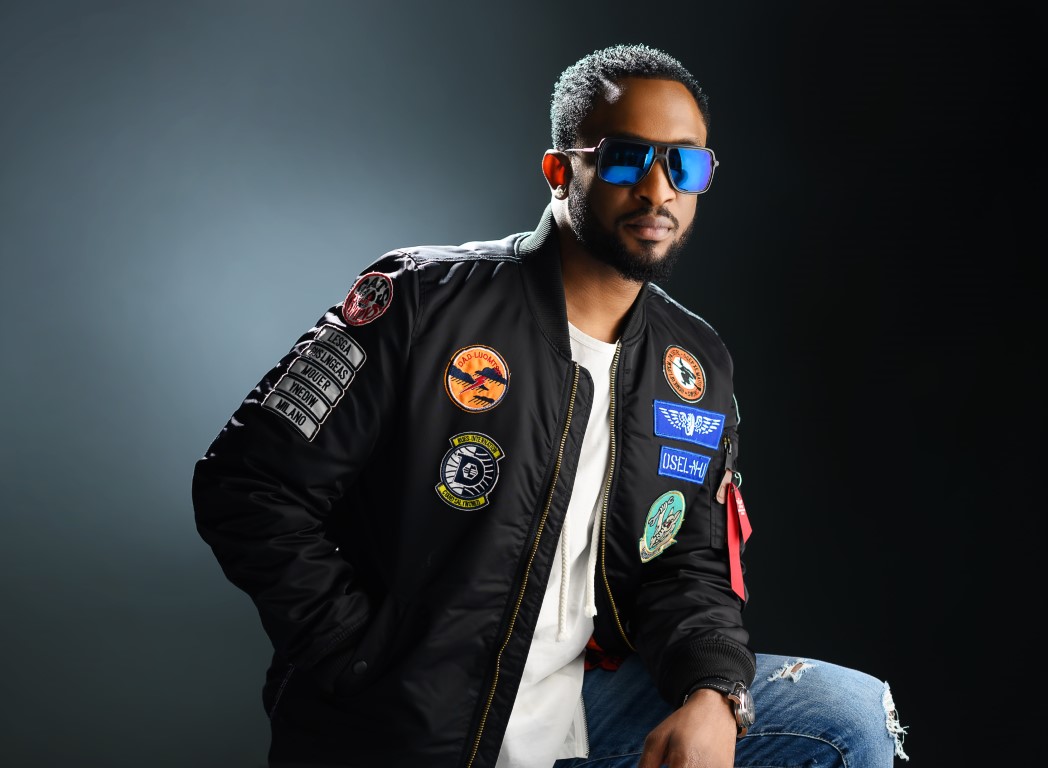 Success was inevitable for Darey. After his album “unDAREYted” in 2009, Darey quickly became one of the biggest RnB artists worldwide. The album earned him a connection with American music business legend Dick Griffey, who offered to executive-produce his third album.

Darey is now well known in the lifestyle sphere and has managed world-class projects over the years. He also co-owns Livespot360 with his wife Deola. The brand transcends above all this to Darey: “It’s beyond that, with my wife and myself at the helm of affairs; it’s a 360 creative solutions company. So when you think, ‘I don’t know what to do, I need an idea’, or you have an idea, it starts from there. The entire value chain to bring it to life, we do that in-house, no third-party. We can create an idea and bring it to life with everything that comes with it. We can provide those solutions across all disciplines. We are your one-stop-shop,” he explains. 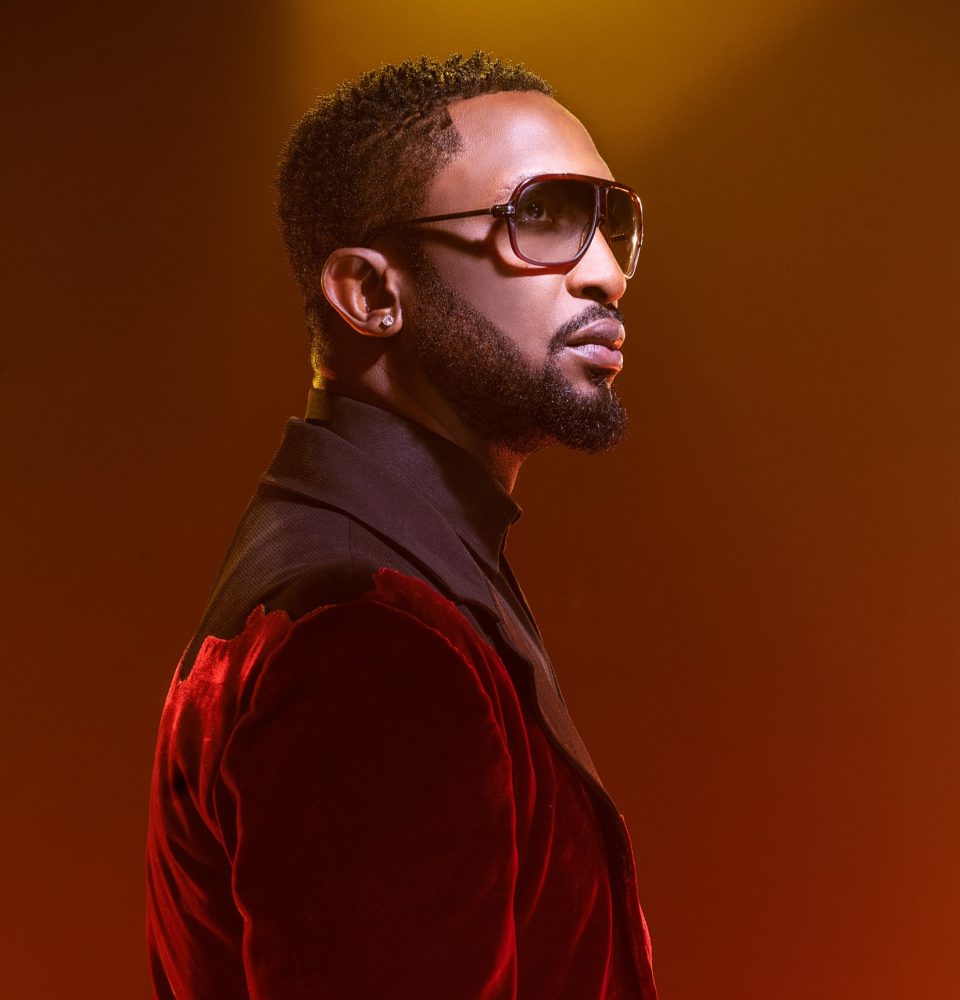