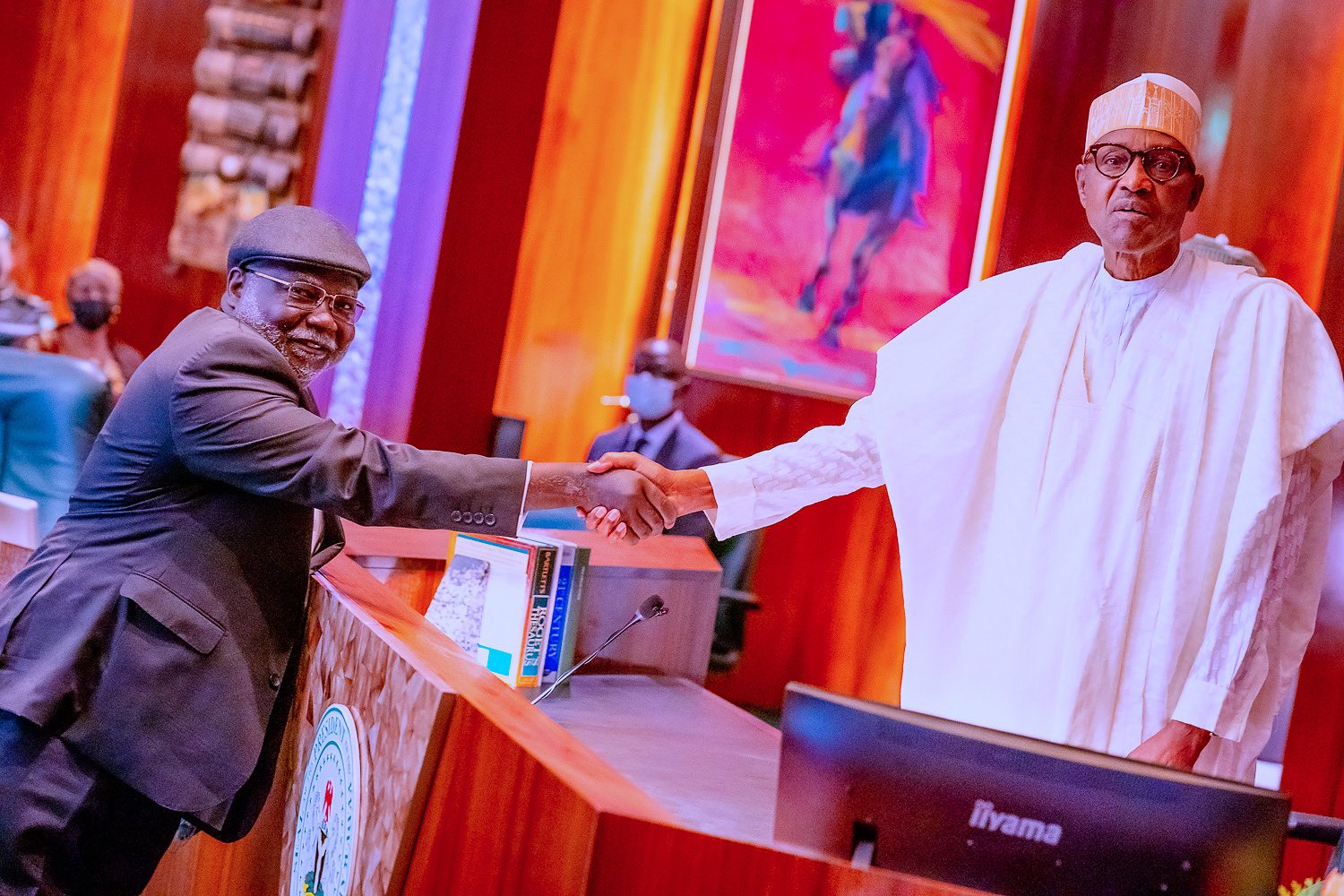 President Muhammadu Buhari has sworn in Justice Olukayode Ariwoola as the Acting Chief Justice of Nigeria following the resignation of Justice Tanko Muhammad.

Justice Muhammad had resigned Sunday night, citing ill-health as the reason for the action.

Justice Muhammad’s resignation is coming a week after 14 Supreme Court Justices wrote a letter to him lamenting the poor state of affairs in the apex court, Channels Television reports.

According to the report, they complained of lack of accommodation, poor power, lack of vehicles, and inadequate travel and research staff, adding that Justice Muhammad had refused to address those issues.

This afternoon at the State House, President @MBuhari swore-in Justice Olukayode Ariwoola as the Acting Chief Justice of Nigeria (CJN), in a ceremony attended by Vice President @ProfOsinbajo, Justices of the Supreme Court, & other senior @NigeriaGov officials. #AsoVillaToday pic.twitter.com/8MdVn1Z2CG

Speaking at Justice Ariwoola’s swearing-in, President Buhari said of Justice Muhammad: “CJN Tanko dealt firmly with the issue of reckless and indiscriminate grant of ex-parte Orders that was assuming serious dimensions. History will be kind to him for his modest contributions to Nigeria’s Judiciary, the strengthening of our democracy.” “This occasion is an opportune time for me, to, as always, assure the Nigerian Judiciary that this administration is committed to ensuring the independence of the Judiciary and will not do anything nor take any steps to undermine your independence. We shall uphold the Constitutional provisions on the Rule of Law and the principles of Separation of Powers,” Buhari concluded. 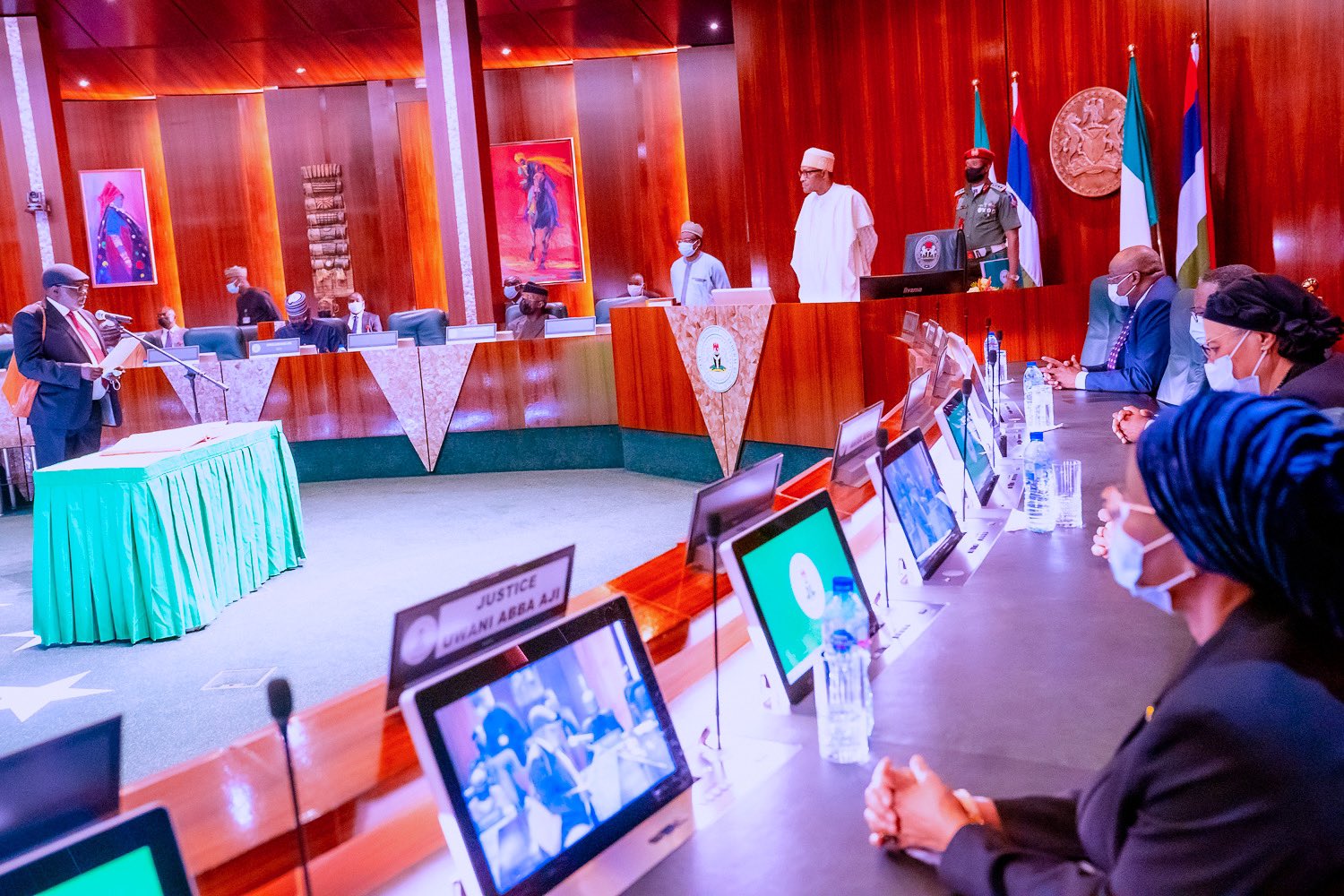 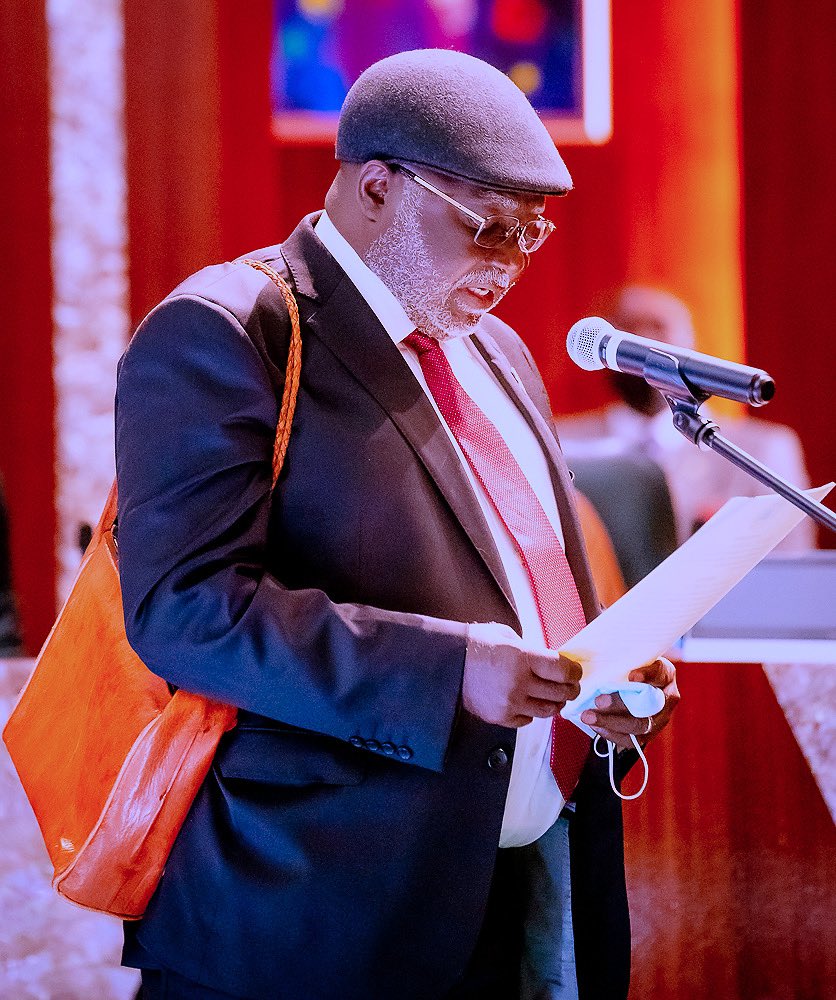