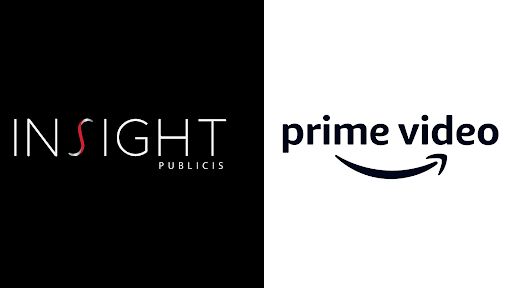 Amazon Prime Video has named Insight Publicis, an agency based out of Nigeria as its creative agency of record as it prepares to launch in Africa’s biggest economy in Q3 2022.

It is the latest move in Amazon’s investment in expanding its streaming service, available in more than 240 countries, into Nigeria’s vibrant film scene.

Founded in 1979, Insight Publicis is a member of Redefini, the largest integrated marketing communications group in West Africa, and also a member of Publicis Groupe, the largest marketing and communications group by capitalisation, globally. Insight Publicis’ campaigns such as the Komando ‘Girl On Fire’ campaign, 2sure’s ‘Be The Spec’ campaign, and Pepsi’s ‘Love It. Live It’ campaign and a host of others, have gained national and international recognition, including the 2021 Gerety Nigerian Agency of the Year award, the BrandCom 2021 Marketing Agency of the Year, and one of the most awarded agencies at the African Cristal Media and Advertising Summit.

With a population of over 210 million people, the continent’s largest entertainment industry, and the second-biggest film industry in the world, the Nigerian market has become an important territory for streaming players. Its entertainment sector, known globally as “Nollywood”,  is valued at just over $6 billion — with the potential to become Nigeria’s most lucrative export with around 2,500 films produced annually.

Amazon’s Prime Video has been strategically expanding its Nigerian content offering in the last year. The company struck a multi-year exclusive licensing deal with Anthill Studios in January, a Lagos-based company behind a couple of well-received movies including Elevator Baby, and Day of Destiny. This was after closing a similar deal in December 2021 with Inkblot Studios which produced the commercially successful The Wedding Party films. Just recently, Nigerian Highlife singer Flavour N’abania was reported to have signed an exclusive deal with the streamers for the release of a biopic.

The race by major global players to claim space and win big in the best-known African film industry is not only a testament to the landscape financial promise – internet penetration is on a steady increase, the cost of data is low, and the smartphone is the most-used device for entertainment among 18-year-olds but also proof that the Nigerian film industry is a market that global powerhouses must prioritise.

Insight Publicis brings an inconceivable depth of creative expertise through proven management in creating best-in-class campaigns, as well as artistic excellence, to deliver authentic African stories that align with Amazon Prime’s vision to diversify its global offer and draw audiences of Nigeria closer to the platform.

Exciting times for the Nigerian film landscape, as well as the entire value chain, as big players, like Amazon Prime Video, are leading the charge in seeking local agencies for authentic storytelling.

Here’s your First Look at Jewel: A Netflix Original telling the Story of the ‘Sharpeville Massacre’ in South Africa | Premieres July 8th