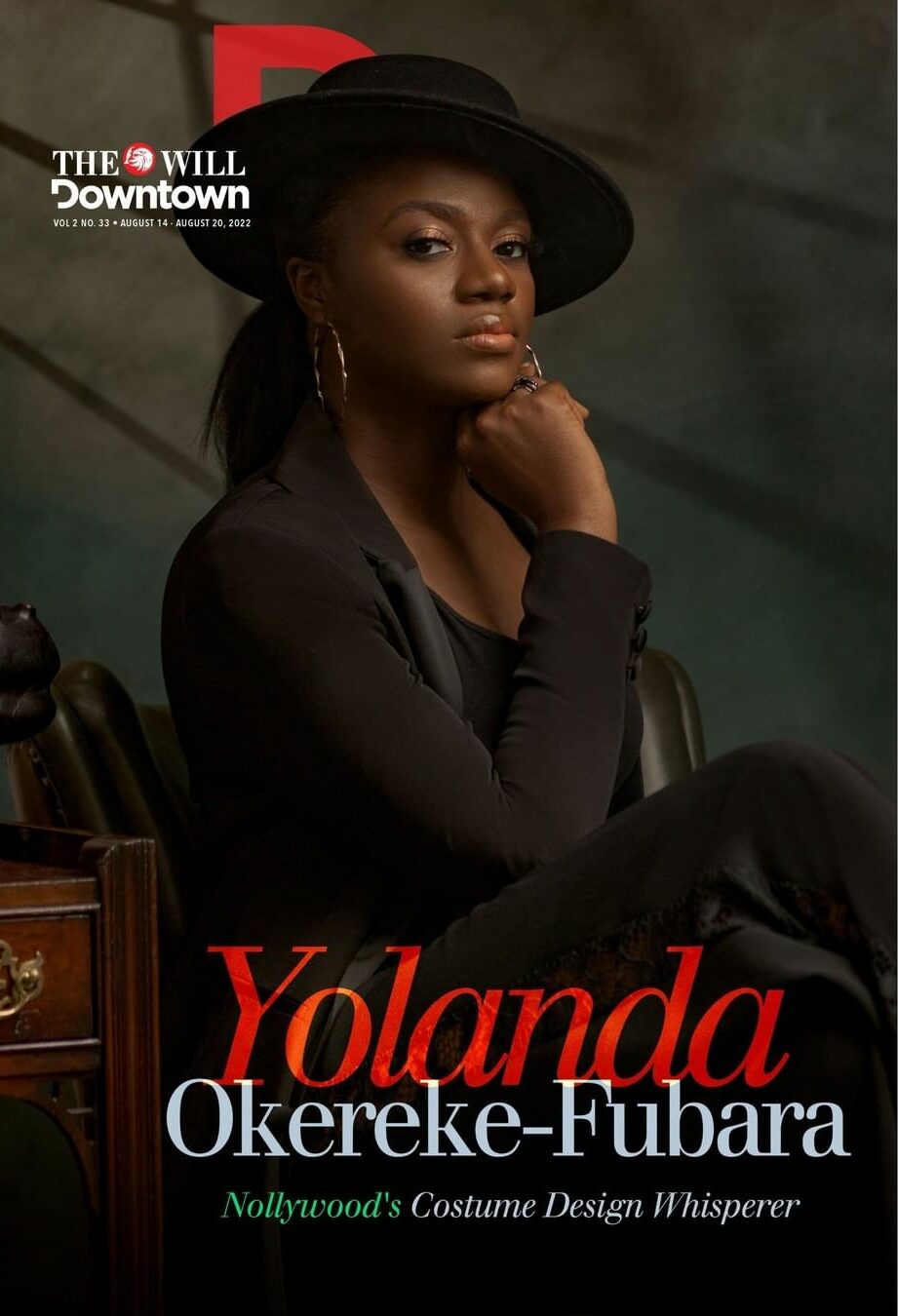 Award-winning stylist and the co-founder of The Rani Company and Wardrobe Shack, Yolanda Okereke-Fubara, is the cover star of TheWill Downtown Magazine‘s latest issue.

Yolanda Okereke-Fubara is Nollywood’s go-to costume designer. Her outstanding work over the last 15 years, acing costume design after costume design, has catapulted her to fame. She dressed the characters in “King of Boys” and the actors of Netflix’s “Blood Sisters.”

In this interview, she discusses the intricacies of costume designing and the importance of having a support system for such a tedious job. Hers was her husband, Karibi Fubara, who passed in 2021. But that hasn’t stopped Yolanda; she still gets support from family—hers and his. In fact, she says both families have been phenomenal. “I lean on them; they have been amazing. His family is second to none. I am officially their last born.”

The script is like a guideline that gives you the story from start to finish. Then some people give you a character bible that contains the list of all the lead and supporting characters. So with that, you understand who the characters are, and you can start building a persona around the character. What I bring is personality. For example, the character bible may say that a person is into dark things. So I think about how I want the person to look and take real-life scenarios, and I put them into this character and bring them to life. I also try to take the cast totally away from who they are in real life, except you are playing a character close to who you are. So the script is the guideline for building this body of work and creating the character. 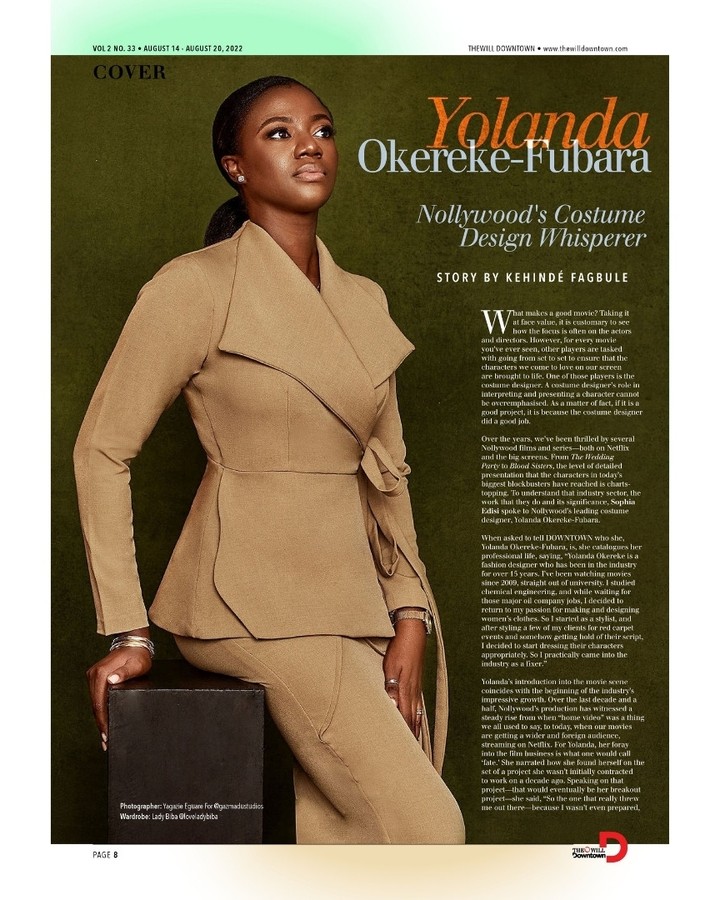 On the importance of costume designers in movies

Being a costume designer is just as important as having a director on set. The truth is if the makeup artist is there and there’s no costume, there’s nothing to shoot. Also, if the costumes are unsuitable, you will not tell a real story. So I take that part of filmmaking seriously because of how people trivialise it. People say things like, ‘Is it not just clothes?’ For them, that might be just clothes, but for me, I am telling a story. I have conversations with the producers, directors and other departments, even with the makeup artist, on how a character should look because it is crucial in telling the stories. Also, most people are fascinated with being in front of the camera, while I’m just happy being behind the scene and part of the tool that tells and drives the story. You want to try as much as possible to make everything believable, you might even have access to luxurious clothes, but that doesn’t mean it fits into the story you are trying to tell. Your passion is fundamental too. Are you really passionate about this? Because if you are not passionate about it and have that understanding—there is an understanding that goes into achieving it—then why are you here? Your story will never look nice without that understanding as a costume designer. So, for every scene, there is something that the outfit is saying; you have to be true to the story.

On how she strikes a balance a work-life balance

I would say that I’ve been blessed to have people that just supported me a lot because if you do not have the right support system, you can’t balance any of it. If your husband or parents don’t understand why you have to be on set at past 10 pm, they won’t ever let you stay out that late in the name of pursuing your career or dreams. So your support system is vital; it helps balance everything because they would understand that you are chasing your dreams. It’s what puts food on my table, makes me happy, and gives me fulfilment. And so you are as good as the people around you. Even Jesus Christ did not walk alone; he had people. Filmmaking is demanding; anything can happen at any given time. So if everybody around you understands and is there to fulfil your dreams, you are good to go.

He made the Yolanda you are seeing today. He put me in front of him and was never afraid to let my light shine. He was my biggest fan after my dad. He taught me the importance of structure and the spirit of excellence. He read my scripts with me, constructively criticised my LookBooks and Moodboards, and taught me the principle of asking the ‘WHY?’ before the ‘HOW?’ He came to set from time to time to check on me. He was my Business Manager; he managed my creativity and turned me into the brand people see today. I’m a better person because he was in my life,”