FASHION FOR A CAUSE 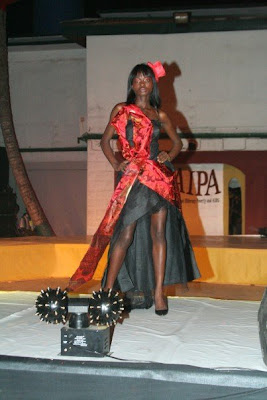 Here are TWO of the Charity organizations that participated in this phenomenon during XMAS of ’06. 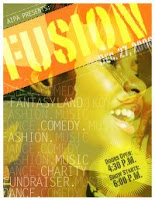 The first event they had was called FUSION – showcased up and coming fashion designers, musicians, dancers and the current headliner in Nigerian music and comedy. It was targeted at the youth in an attempt to raise awareness about HIV/AIDS and to give everyone an opportunity to give back in their own way. FUSION was a great success, they raised over two and a half million naira from just ticket sales, and the money donated a million naira to the Women’s Health, Education and Development Organization (WHED)

Some designers Featured at the show are: 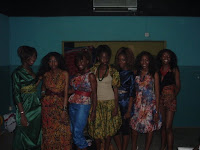 DSPN (Do Sumthing Positive Nigeria) is a non governmental body set out to encourage youths to make positive changes in Nigeria, with a focus on bad roads. It is founded by, Dumebi Agbakoba who was recently featured in Sons and Daughter of Thisday by Chude

DSPN thought it would be nice gesture to host their event at the Friends of the Disabled Charity, Lagos Island, Nigeria bringing Christmas to them because they are not as fortunate as us to have presents. The event featured a noon of fun, dance, drama and top notch entertainment coupled with a fashion show which will showcase the designs of young fashion designers.

WHAT’S NEXT?
On September 15, 2007 RUNWAY AFRICA is scheduled to hold, it works to highlight and support the creativity and highly marketable lines of African fashion designers while generating greater awareness of Africa’s booming fashion industry in international circles. This year Runway africa supports Keep a child alive

Designers to be featured are:
Blokes ‘n’ Divas and Ruby for the show Harriet’s Alter Ego, bebenoir and some more!!

FUN FACTS:
The Model in the red ribbon dress is Adeola Ariyo, Finalist of Nokia face of africa 2005, She is wearing an AIDS inspired dress by Amaka Osakwe. She is signed to Faith Model Agency to see her portfolio click HERE

So what do you think of this phenomenon, are fashion shows becoming overrated?

I’m also sorry for not being able to do my regular weekend luv, I forgot my charger!…but it’ll be back this weekend!!

BACK IN THE BUILDING + TINA ATIEMO + IDOLS WA