Hey Everyone!!!
Happy Friday!! LOL
The discussion on ‘Would You Want To Know’ yesterday was soooo interesting! It made me rethink my stance but NO I still won’t tell MOST of my friends as in it has to be a really exceptional case for me to say anything!
By the way, thanks to all those who applied for the bellanaija spots, I am still reviewing the emails so look out for my email.
November is such a fab month! Its so crazy how many people have their birthdays in November. 2 of my sisters and my mum as well plus loads of friends and acquaintances…makes me wonder what happens in February hmmmm LOL
Soooo, what are your plans for the weekend? There are so many things happening this weekend. I am contemplating what exactly to do. My plan is to do as much shopping as possible. Its that serious!
Anyhoo, its Weekend Luv!
______________________________________________________
CLICKS
Ashionye has been named as a brand ambassador for Pepsi Light. Click HERE
Congrats to her! It’s nice that Pepsi is using a Nigerian face. Personally I don’t drink fizzy drinks at all! (I used to be a fizzy drink addict but haven’t tasted any in over a year yay!) Anyways, I wish her the very best. Below is an interview she did on Funmi Iyanda’s show on her endorsement deal. On a side note, I was sooo impressed with the women’s panel that day – Tosyn Bucknor was chatty and funny while Pamela Braide was sooo articulate – her comments were very insightful as well. Overall, non-judgemental and entertaining. Kudos.

Applications are now open for the Apprentice Africa.
I am feeling the buzz on this show already!
Especially since Biodun Shobanjo was announced as the boss (aka the ‘Donald Trump’) of the show. Compete for a lucrative corporate job with befitting perks and an annual salary of $200,000. Apparently applications for the show are closing today but you can still apply after the deadline sooooo if you are interested. CLICK
_____________________________________________________________
POPPIN’ – now
Yay! Here is the first submission from one of our Bella Naija Scene Contributors. Wana Udobang is based in the UK. She graduated with a degree in journalism (1st Class Honours!!!) from the University College for the Creative Arts. She is also an audio documentary maker who has had work featured on BBC Radio. Listen HERE
She will be reporting on various events around London. Welcome on board!
See Wana’s review of the Nayo Show at Imperial College London last weekend.
For Previous Nayo Posts – HERE & HERE 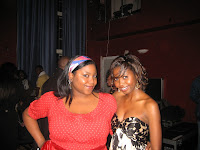 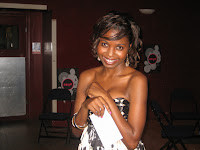 Nayo Gig Review
If you are a dedicated BellaNaija reader you most definitely have come across the name Nayo. I’m sure some of you must have sampled the smooth grooves on the track “African Girl” or maybe read the article in the Independent where she was compared to the phenomenal “Sade”…..yeah I know huge steps to follow ehh.
All I can say is this, if you haven’t heard the chick sing then brace yourselves and be prepared because you might become a “NAYOIST”.

So the day, Saturday night and the venue, Imperial College Music Hall. I should mention that in true Nigerian fashion, we had a bit of a chill out interlude awaiting the presence of the beautiful songstress. But my God it was well worth the wait.
We were graced with melodies like ‘Desert Storm’, ‘Last Few Days’ and ‘Mr. So and So’ and need I mention the ever so captivating ‘Sparrow’ just to name a few.
The tempo of the songs moved from low to mid grooves and one thing she never exhibits is the excessive vocal gymnastics of other soul contemporaries. Sometimes she almost reminded me of a cross between Rhian Benson and Morcheeba’s Sky Edwards but still with that Nayo factor which you can’t really put your finger on. Nayo’s voice has this amalgamation of warmth and richness and she definitely subscribes to the wedding mantra “something old, something new, something borrowed and something blue”. The intriguing thing is she does it in a way that is so fresh and this music is almost made incapable to decipher.

This girl has an incredible charisma on stage and with a mesmerising band to follow – Her performance was golden. For new converts Nayo’s music has different degrees of jazz, soul, swing, R&B and even swing beat but if you are expecting any super duper hyper beats multi-octave behaviour, sorry mate cos that ain’t happening. But what I can tell you is that, this ingénue knows her voice, she understands her music and she is clearly passionate about it. She definitely left me with something after the show. It was so refreshing to see that she still sees herself as developing artiste and a student of music (during her thank you session she promised to continue to get better). If all you’ve heard from Nayo is “African Girl”, then you need to check out a live gig to feel what I’m talking about. For those love song sceptics out there, (trust me I’m the most jaded of the bunch) she does make you feel just a lil’ bit mushy on the inside

WOULD U WANT TO KNOW?