Hey Everyone!!!!!!!
I can’t believe that it’s been so long!
I have MISSED u guys…I mean it…sincerely
Honestly sometimes, I would just get this feeling….u know the type of feeling u get when u r missing a good friend…yeah…but then I realized, I missed blogging, as in, I missed u guys!
All the comments and craziness! The whole shebang.
But I just had to take a break.
Work was exhausting me, and then having to stay up late at night to blog was just too much.
Plus I hadn’t had a real holiday in about 2 years so I just needed a break and I got one.
It was amazing!
I had a fab time with my family and friends.
Spending time with them made me love them even more….
When I was in uni, I used to go to Nigeria every summer and xmas – during that time, I would go out nearly everyday. There was even a holiday that I spent in naij that I saw my Dad once in the 3 weeks that I was there!
I guess with age and wisdom, priorities change because I made sure I spent enough time with my family (u know I still went out tho….just a lil lol)
Anyways, I am back and thankful to u guys for being so patient.
2008 will be a fabulous year for us all!
All our dreams, aspirations and plans for the year will come to fruition AMEN.
Meanwhile, my ears are bleeding from all the salacious gist my friends have been giving me about their holidays…..Hmmm all of u should start confessing. Who engaged in some Lagos holiday romance….hhaha
You know u did, spot hiding your face from the computer…I see u! lol
Well, I hope you enjoyed yourself because sorry to break it to you, chances are it wont work.
Naaa I’m just being mean, ok…it might work.
How about all the weddings? I don’t know if it’s the age that we are at but people seem to be getting married at an alarming rate. I might join them soon hmmmm
Anyway, enough of my musing!
This year will be AMAZING by God’s grace.
I have compiled a BellaNaija Hot List to kick things off for the New Year.
Don’t worry, juicier things are on the way. MUAH!

The IT Girl – Dakore Egbuson 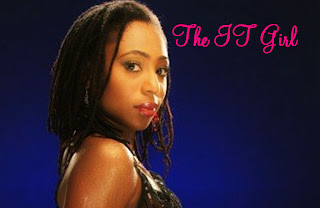 From her ever blossoming movie career to her recent multi-million naira Amstel Malta endorsement to her high-profile yet still intact relationship with Lou Akande. Dakore has proved herself to be a star. She has grown from strength to strength and if definitely the IT girl of the moment. Up next? there has been talk of a music career…hmmm…we’ll see but we are confident that Dakore can pull it off. 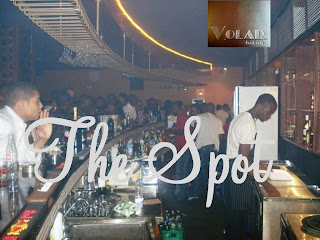 Ok, if you were in Lagos over the last month, you must be familiar with the name Volar. Great crowd, lush interior….luv it! Lets just hope it lasts in the fickle world of Lagos nightlife. 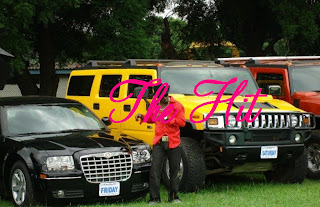 Remind me, how old is this song? Yet everytime people hear it, they just cant help themselves. That is the power of Olu Maintain’s megahit, Yahooze.
From young to old, rich to not-so-rich, everyone cant get enough of the Yahooooze fever. Now if only we could figure out what kamakaze on a kendro level means?!
How could I forget P-Square’s Do Me? After their success with ‘Bizzy Body’, few expected that P-Square would unleash another megahit so soon. I lovvvve this song. One dude was trying to convince me that this song is about female empowerment….as in what a man can do, a woman can do…..rightt! lol 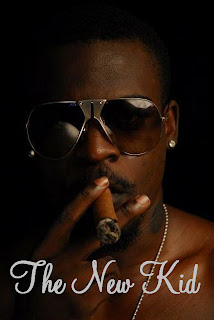 The song goes – Julie! Say man hear say you a model and ting….Julie! Me love the way you shake that booty and ting.
This song is SICK! I literally cannot sit still when I hear it. Chinedu Naze better known as Shank is the New Kid. The first artist from Starville Entertainment….
All we hope is that Shank keeps lacing the hot tunes and we’ll keep shaking that booty & ting.

The Read – The Mrs. Club & A Woman Scorned 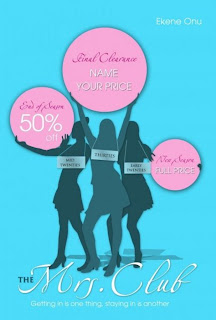 I love Chick Lit!!! Other than magazines and chick-lit,I hardly ever read anything else….sorry but that’s the truth. So when I discovered Ekene Onu’s ‘The Mrs Club’ via snippets from her blog some months ago, I was HOOKED. Check out the book’s facebook group for more info. The book is totally relateable and a definite must read. Another ‘Hot Read’ is Bimbylads’ ‘A Woman Scorned’…..If you aren’t hooked, please report to her immediately and read up! Tres juicy!

TED is a movement! If you havent heard about it….you better pinch yourself and run over to ted.com and get with the programme.
The world’s greatest thinkers (including you and me), getting together, exchanging ideas for a better present and future. I am proud of the fact that I was a TEDAfrica fellow last year and gain inspiration from other TEDizens daily! Come join us. 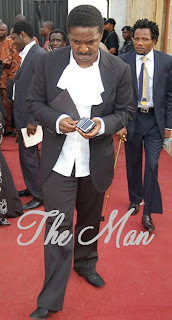 Lawyer (Abraham & Co), Humanitarian (Link-A-Child), Entrepreneur (Hi-TV). Toyin Subair has come a long way over the years!
According to Toyin, he was ‘jumping’ buses less than a decade ago. He is now the CEO of Hi-TV which won a tough battle with DSTV for the right to air UK Premier league matches live in Nigeria. Inspiring? Without a doubt! Toyin is the man! 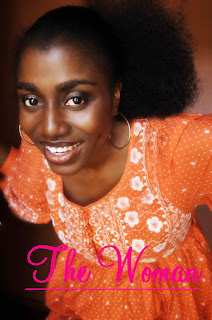 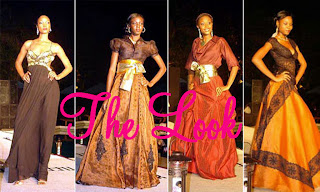 When Tiffany Amber’s Folake Coker decided to create a new more exclusive line, many were not sure what to expect. What she came up with a line of gorgeous dresses with figure flattering cuts in extra luxe jewel-toned fabrics. Fab. 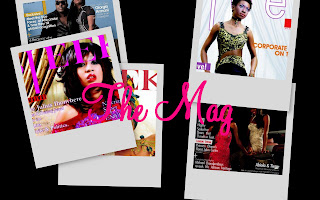 SLEEK magazine has been around for over a year. Not many expected it to survive when it entered the crowded Nigerian magazine market. SLEEK has definitely proved detractors wrong by blossoming to a world class mag. From the stunning MOMO Couture photo spreads to the in depth interviews, this mag is definitely one to read.

The Show – Deal or No Deal Nigeria 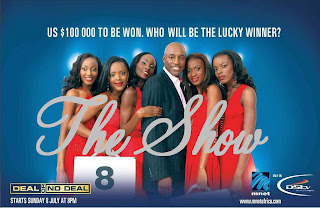 Yes I admit that I find John Fashanu’s accent annoying. There I said it! I know its real and all that but I just don’t like the way he sounds. That said, with the Deal or No Deal Nigeria models and enthusiastic contestants this imported game show is engaging to watch. I admit that the fun of the show is tinged with quite a bit of schadenfreude as you watch the contestants lose thousands of dollars because they overestimated their lucky streaks. Anyways, this show deserves a place on the hot list. 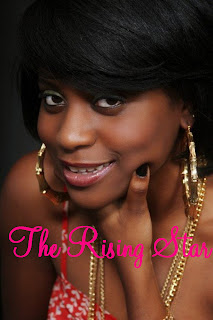 Silverbird TV’s Entertainment Weekly presenter, ISIS has been heating up the small screen with her show ever since it launched about a year ago. Anyone watching can spot her star quality and she was been commended for her chatty interview style and natural screen presence. Rising star, ISIS deserves a place on our hot list.

The Event – The Future Awards…

That’s it.
I’m soooo happy I finally blogged!
Now that’s out of the way, have a great weekend….
Let us know what u think
I’ll see u next week….unfailingly lol