Hello Everyone,
I’m not going to say too much about all the tidbits I have for you.
Just read and enjoy.
Here is the RUNDOWN!!!! 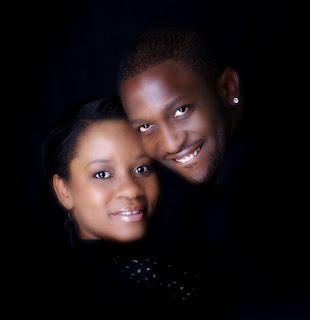 A huge congrats to Dare and Deola Art-Alade! Deola recently delivered their first child, a bouncing baby boy in the UK on Friday, December 28, 2007. By the way, Dare’s eagerly anticipated new album, unDAREted will be coming out sometime soon. I have heard several cuts from the album and I have to say I was sooo impressed. I like the depth and variety of the songs. The video for the 1st single, ‘With This Woman’ has been doing very well and has been a stable on the MTVBase Africa Top 10 Chart for some weeks. Wishing Dare, Deola and baby all the best in ’08. 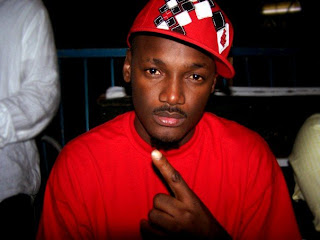 As you have probably heard, Tuface and his baby mama #1 Pero Adeniyi are expecting his 3rd child. Their first child together is a cute little girl called Rose (named after Tuface’s mum). Pero also has another child from her first marriage while Tuface has another child named Nino with ex-girlfriend Sunmbo. Hmm…no comment. 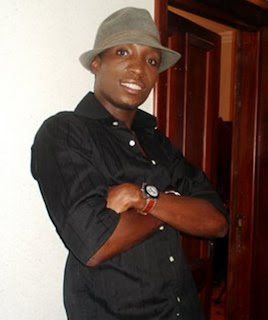 Most people who read the Nigerian newspapers on New Year’s Day were shocked by the headlines which recounted the shooting of over 20 people by militants in Port Harcourt, Nigeria during the early hours of 2008. Many died but one of those who survived was West African Idols winner, Timi Dakolo. He was shot in the head as he was driving away from the Presidential Hotel where he and some other entertainment personalities had performed. According to reports, he was not the target of the attack and is presently recuperating well in a private hospital.
Its so sad! I hope he recovers soon. Get well Timi! 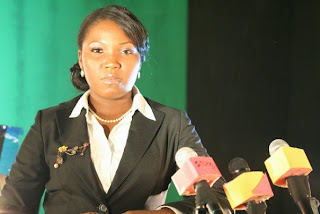 Random news but hey…
Nigerian rapper and First Lady of Storm Records, Sasha has undergone a name change from Sasha to Sasha P (…The P is for Persona right?)
We are not sure what inspired this name change but if Diddy can go from Puff Daddy to Puffy to P Diddy to Diddy to Sean Combs…then why cant Sasha add a P?
I’m luvin’ her new album by the way. 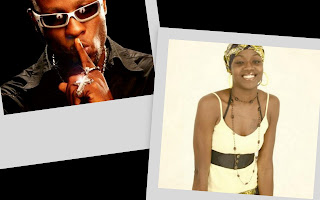 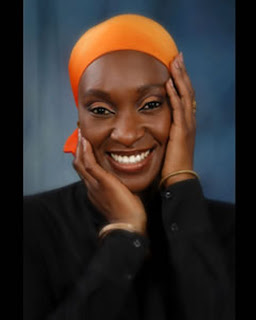 I just realized that I never said congrats to Funlola on her Celebrity Takes 2 win.
The actress/media personality/entrepreneur received an SUV (Not sure what brand but NOT a Hummer as was announced during the show finale). She also received a cash prize from Skye Bank. The stunning 30-something year old Funlola is reportedly engaged and was spotted wearing an engagement ring during the last few episodes of the show. Congrats to Funlola on everything. I love her resilience and drive. 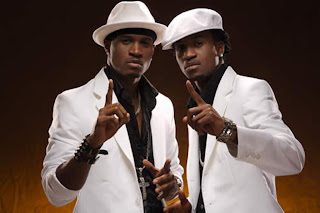 P-Square’s Peter and Paul Okoye along with their brother, Jude and UK-Nigerian rapper, Alaye survived a rough car crash on the 26th of December 2007. They were on their way from Port Harcourt to Owerri when the accident occured. Luckily they escaped with minor injuries. Unfortunately, the driver of the vehicle suffered serious injuries but is presently undergoing treatment. P-Square still managed to perform their scheduled shows after the incident including a massive concert in Zambia. They’ll be holding a thanksgiving ceremony soon. 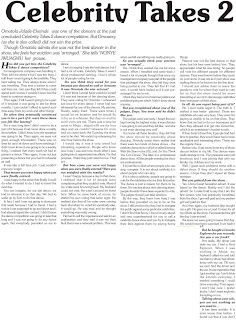 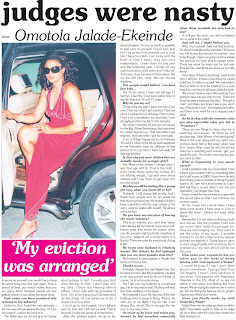 There seems to be no love lost between Omotola and the organizers and judges of Celebrity Takes 2. She has accused the judges of being nasty and stated that the show was disorganized while the organizers has stated that Omotola showed poor sportsmanship. See this interview for more details. I know some will disagree but I think Omotola did well on the show, not because she was the best dancer but because she gave it a try despite her crazy schedule. Oh well, I hope they can sort out their differences. 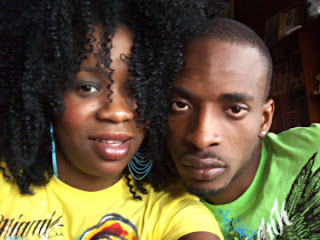 Congrats to fast-rising Nigerian musician/producer, 9ice and fiance, entrepreneur Toni Payne. The pair recently announced their engagement. 9ice who is oft called the ‘Nigerian Akon’ has one of the hottest songs on Nigerian radio right now. The song called ‘Gongo Aso’ will be included on his new album entitled ‘Street Credibility’ and the video will be shot by music video director extraordinaire, DJ Tee. All the best to the couple! 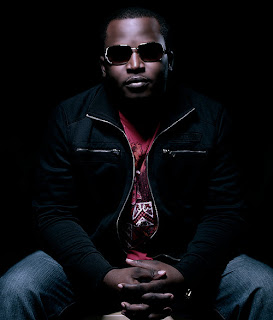 Oh I should have mentioned this a few months ago when it happened but better late than never. Eldee got engaged to his longtime girlfriend a lil’ while back. Congrats to him! Sure the wedding will be fab & all the best with the marriage. Eldee’s album ‘Return of the King’ which was released internationally in 2007 will allegedly be relaunched in Nigeria in 2008.

I’m sure you’ve heard the Eedris Abdulkareem, the Nigerian rapper and former member of the Remedies apologized to American HipHop star, 50 Cent during the KORA Awards media presentation in Abuja in December. If you can remember, 50 and Eedris had an altercation aboard a plane some years ago when 50 visited the country to perform. After the incident, 50 fled Nigeria thus missing out on the last leg of his scheduled Nigerian concerts. This therefore resulted in losses and embarrassment for the sponsors and organizers of the event. At that time, Eedris was so proud of his misbehaviour that he boldly spoke about it and went as far as releasing a ‘diss track’ aimed at 50. Eedris’ career nosedived after the incident and all this led to his apology. You can watch the video below. Fast forward to the last couple of seconds…
Well it seems like someone is eating humble pie!