Then The Bottle Shattered - Onyeka Inspires! 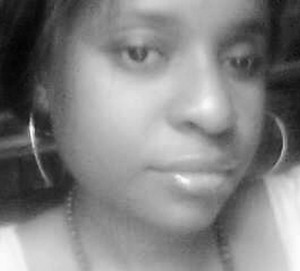 Onyeka Aghanenu is young, driven and vivacious. Like most young ladies, she is building her career and embracing life to the fullest. While many of us experienced the typical childhood and teenage drama – strict teachers at school, menacing ‘seniors’ at boarding school and maybe even that first boyfriend/girlfriend who broke your heart. Onyeka has had to deal with much more than that. She shares her remarkable story with Bella Naija below:

The whole drama started on the 2nd of January 1994. A mere 3 weeks before my 7th birthday. We had gone to my dad’s place in Delta for Christmas, and were due to be on our way back to Lagos the next day. Because we had a long drive ahead, my sis and I got the go-ahead to pour soft drinks in our flasks to put in the freezer overnight. I couldn’t find any drink but Maltina in the fridge, so I took it, and headed to the kitchen only to see my sis with a bottle of Sprite, which I would have preferred.
She told me she got it from the kitchen store, so I went in to check. In my quest to scout the numerous crates on the shelves, I must have rocked an empty Sprite bottle some shelves up, and it began to rock. In an attempt to catch it, I slackened my grip on the cold, wet Maltina bottle. That was my last vision for a while. I will always recall looking down to see the bottle smash and seeing Maltina pour everywhere before realising something entered my eye.
Reflexively, I started yelling and scratching my eye, thinking it was just the drink that had poured in. It wasn’t. Some pieces of glass had flown in as well.
My parents ran in and made me stop the scratching while I continued to bawl. They took me in the bathroom and washed the glass out, but I was traumatized somewhat and refused to open it. I slept in their bed that night, and the ride back to Lagos passed in a subconscious blur. Unfortunately, it was a Sunday, and we couldn’t really find any good, open optometrist. Desperation drove us to LUTH where we recommended to an optometrist who was supposed to be very good. She wasn’t.

We went there the next day and she said we needed to stitch up my eye, because the glass had scratched the coloured part and I remember there were like 3 or so thin white lines at the top of the darker ring by the pupil. We did the stitching in what would be the first of many surgeries. I still couldn’t open the eye. It stayed closed and I stayed home until June that year. During that time, we got tired of the doctor’s stories, and my dad began to contemplate shipping me abroad. At the last minute we found this rather new optometrist 5 minutes away called Eye Foundation and went in for a chat. The doctor was very optimistic, and that month we did about 3 more surgeries. Apparently doctor from LUTH had used the wrong type of stitches in my eye, and they had complicated the situation. My lens was damaged.
I opened my eye sometime in June. It felt so amazing. But 2 problems, my vision was blurry because they had to remove my lens, and the eye had no tolerance to bright light i.e bright lamps, daylight. I was perpetually squinting for months after.

The next 6/7 years was a whirlwind of glasses, and eye tests, and 3 cornea transplants rejected by my body, to lasering to remove the liquid pressure in my eye that was escalated by the constant trauma. It was so bad the hospital ended up doing some of my surgeries for free. My sight was like a man with a terminal disease. With each test, and each rise in pressure, it slowly faded away, as my eye got coated with a thicker and thicker layer of protein deposits from the scar tissue. By secondary school, it had pretty much turned a weird blue-grey colour. I lived with it, and it barely affected me. I think its because I had it from so young. Finally, I think it became clear I wasn’t seeing again, and my doc suggested cosmetic contacts. I got those the week of my graduation from secondary school and wore it all through university in my left eye. It wasn’t hassle free, and I had lots of irritations, and contact lens problems.

But it wasn’t the end. Apparently, lack of use, and the glaucoma induced blindness resulted in a weird growth on the top of my eyeball. It looked like a little grey boil, and it pushed on my eyelid. That gradually grew and by my University graduation, my doc decided it might not be wise to leave it there. He had been throwing the idea of an orbital implant around, but my parents were obviously not too eager to take out their daughter’s eye. I didn’t care. An orbital implant meant, my eyeball would be removed from its socket and a round ball of bone-like material would be placed in its place under the eye muscles like a ball-and-socket joint, then a prosthetic, which is a ceramic type of eye, would be place on top. All this is so the prosthetic can move left and right like a normal eye.

An irritation to some accidental water in my eye last March, during NYSC finally sealed the deal. Within hours of visiting the hospital, I was back at work drafting a request for medical leave. The night pre-op and the next morning, the story passed to most of my friends and they called me up to encourage me. It was sweet, but I was just worried I would be walking about with a hole in my head, for longer than I’d like. But I was happy, no more irritating contacts!

The procedure was pretty quick. I couldn’t have been in there for up to 3 hours. I made a point of rolling my eye one last time before the anesthesiologist pressed the syringe that would knock me out. When I got out however, I think I imagined the sensation. I remember murmuring, ˜It hurts”
It sort of did, actually. A dull ache going through the left side of my face. But it was hidden beneath layer after layer of bandages and I couldn’t do much. I was given what I consider the BEST PAINKILLERS EVER. Instant action, they put me right back to sleep every time I took them for the next 3 weeks. The morning after, a nurse came in to take the bandages off for a post-op consult and I remember my mum and I freaked out, because we didn’t think it would be unwrapped so soon. I jad many images in my head about how it would look, but they were all wrong. It was huge and swollen and very fleshy. I couldn’t open it, naturally, and I was in no hurry. The next few weeks were cool, sleeping, eating, watching tv! The only annoying part was putting the anti-biotic in – because it was an ointment, and it required me to open the eye. I admit I rarely used it.
After a month, the swelling was down, and my eye a pink, fleshy shell of its former self. I got a prosthetic eye a few days later. It was uncomfortable at first, and I tool it out every night. but I’m all good now. And thanks to the orbital implant, I can still move the eye and cry.

The prosthetic is not 100% the right size, and my lid is a bit slack from the swelling of my old eye so, when I’m tired, it tends to close/drop a bit, but I’ll get by till I can get a custom made one done.
All in all, it was a tiring, traumatic experience, that I’m glad came to an end, and made tolerable by very understanding friends. Even though it means I’m blind in one eye, I’m just really grateful, as I still have another one left that’s very functional. All’s well that ends well, right?

The Evolution of eLDee – The Interview

On Set With Naeto C – Ringtone