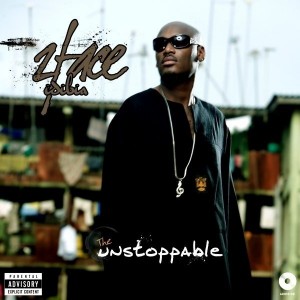 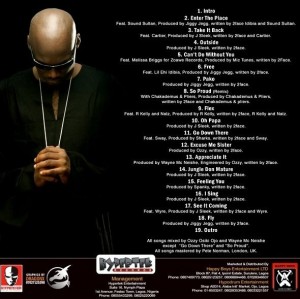 2Face Idibia‘s new album, ‘The Unstoppable’ hit the shelves today and the track that everyone has been yearning to hear featuring international superstar R Kelly is one of the 19 tracks on the album. The release of this album along with the collaboration with R Kelly caps off a great year for TuFace. 2008 saw him win a World Music Award and perform at various international shows.

According to TuFace via PM News, “My fans should expect versatility, a whole lot of different flavours, fields and genres. They should expect something scintillating,” Asked why he chose the title, Tuface explained: “There were so many titles that came up. But the basic idea is, I am going nowhere. Come rain or shine, I am still going to be here by the grace of God. That therefore makes me unstoppable.”

This will be all over the radio and internet in a few hours but you heard it here FIRST.

I have loads of respect for 2Face, he is uber talented (he wrote/cowrote all the tracks on the album) and wish him continued success but I cant lie, I was expecting much more from the track. I’ve just had one listen but the rest of the album is hot though!

***Can someone help me – is it 2Face or TuFace…its getting so confusing these days!***

BOUQUI switches the beat with ‘Morile’