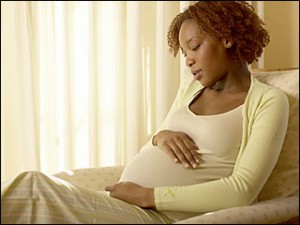 The pregnant bride is nothing new. Growing up, I remember many ‘aunties’ who had suspiciously large stomachs on their wedding days. Even closer to home, doing some simple arithmetic on your parent’s wedding anniversary and birth date of the first child might yield surprising results. That said, with improved methods of contraception, risk factors such as STDs and HIV, increased religious consciousness and other factors, why is this trend on the rise?

An informal poll amongst friends yielded the following results on the different reasons behind the trend:

1. Long-term girlfriends who have been waiting for him to pop the question, since he is ‘dulling’, they slyly stop using contraception and get pregnant with the belief that he will propose. This also applies to men. In their cases, if for whatever reason (demanding career, school etc..), their girlfriend is not ready to get married, they devise ways to get her pregnant so that they can get married immediately. You might be surprised (or maybe not) to hear that some mothers and friends advice their children/friends to go with this especially when they are getting ‘old’.

2. Some men insist that their girlfriends get pregnant before they get married. Once the pregnancy occurs, wedding plans are hastily arranged. Supposedly this is done to so the couple will ‘know’ that they do not have fertility issues.

3. Engaged couples who feel that because they are already engaged and the date has been set, they might as well start ‘trying’ immediately.

4. Couples in relationships using contraception but as the small print says, no form of contraception is 100% foolproof, therefore, ‘mistakes’ can happen. Wanting to ‘do the right thing’, they get married.

5. Couples who decide to take a walk on the ‘wildside’ and chose not to use contraception then act surprised when they get pregnant.

6. ‘Special People’ aka they’ve got ISSUES: Guys who have no qualms about getting women pregnant and then denying/running away or just keeping a collection of babymamas. Girls who are for the lack of a better word, desperate. Looking for a (preferably wealthy) guy to lock down. In this case, the guys eventually get pressured into marrying one of their baby mamas. The girls eventually find one guy to put on lock down.

Before, we proceed, please stop making that judgmental ‘side-eye’, if you are sexually active, No 4 could potentially happen to anyone…Ok, you can apply the side-eye to No. 6 because they’ve got ISSUES.

We all know that marriage is not an easy cruise, neither is being a parent but it can work both ways. Some people have found themselves in this situation and have fulfilling and happy marriages while for some, its a recipe for disaster.

Anyway, what do you think about this rising trend? Any advise for couples in this situation? Did you experience it, tell us about it. Have you been advised to go down this road? Lets TALK!