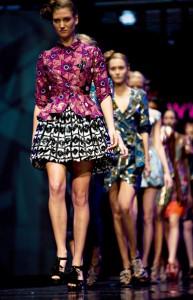 Nduka Obaigbena has done it again!  ThisDay Media Group’s new Arise Magazine will be hosting the African Fashion Collective as part of the lineup for New York Fashion Week. Designers to be featured have not been officially announced yet.

This Day is known for making history in fashion and entertainment. First it was the concerts, then Arise Magazine and I am sure that the African Fashion Collective will be nothing short of AMAZING. Finally, African fashion designers will be getting the recognition they deserve on the world stage. BN will be definitely be reporting every step of the way. In the meantime, let us know which African designers you think should show at New York Fashion Week?