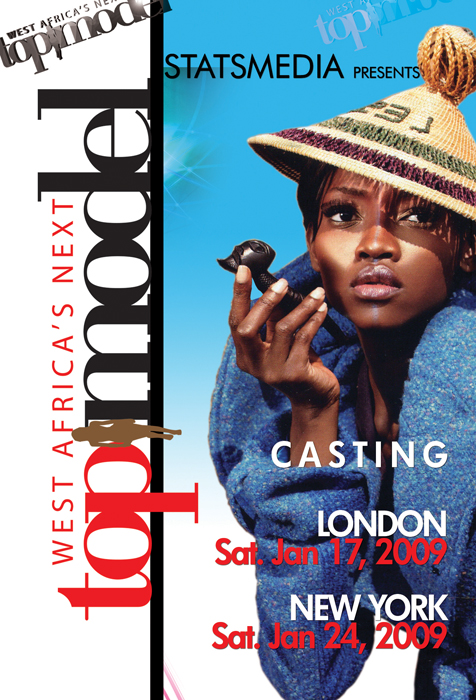 The West Africa’s Next Top Model show scheduled to begin production in Africa in March 2009 is scouting for models in London and New York City.

Applicants must be of West African heritage to qualify.

This show will be produced by StatsMedia Group an international production company owned by Tope Esan and Martin Fayomi. StatsMedia is the only company granted the exclusive rights from CBS Paramount International Television to produce this reality show in Africa.
With the initial start up being in West Africa, the format will be produced every season by region on the African continent with. True Love West Africa is the media partner and official magazine for West African’s Next Top Model. The winner will receive a lucrative international modeling contract, a cover of True Love magazine and numerous endorsement deals from various companies in the fashion industry nationally and internationally.

This version of Next Top Model will not only highlight the models of West African decent but the continent of Africa for its tourist attractions, cultures, values and its booming 21st century economy. 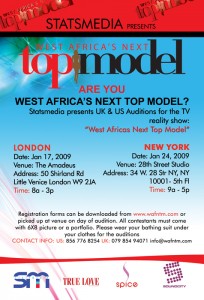 Related Topics:oluchitrue love magazinewest africa's next top model
Up Next

Bigiano invites us to ‘Shayo’