The 4th season of Big Brother Africa premiered on African TV last night.
The new season is being hailed as Big Brother Revolution and its producers and publicists – they attempted to show us why last night.

Kickoff!
As we previously disclosed, the host of this season is Nigerian Radio/TV presenter IK Osakioduwa. IK introduced the new season and then went on to interview a bunch of celebrities – after chatting with them for a couple of minutes, he gave them a tour of the BBA Revolution house and revealed that they were now officially StarMates.

StarMates
One of the surprises was the introduction of the StarMates – 4 celebrities from around Africa who were to spend 24 hours in the Big Brother Africa House living alongside the housemates. They are: Nonhle Thema is one of the most recognisable faces across the continent, and best known for her role as a Channel O presenter (on the shows Oboma and O-Access) over several years ; A versatile actor and producer, Nollywood actor Tuvi James is passionate about what he does; 25 year old Steven Charles Kanumba is one of the most established young actors out of Tanzania ; Khanyi Mbau burst onto the South African entertainment scene when she took over the role of Doobsie in the popular South African soapie, Muvhango. Her life is often played out in the local tabloids, where she is referred to as the South African Paris Hilton. 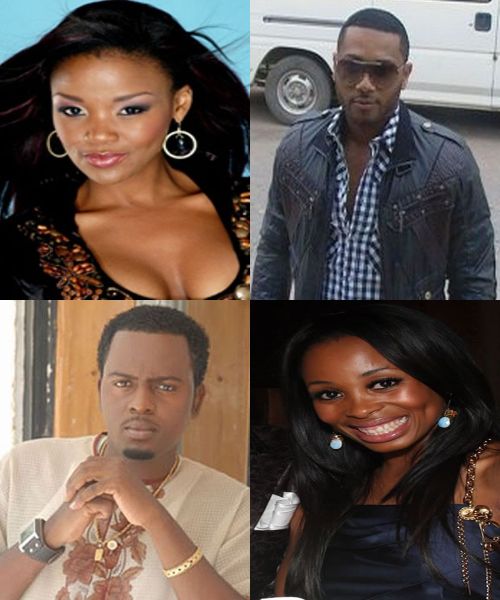 The 4 celebs spend the day with the housemates – chatting and even cooking for them. Earlier this evening – they exited the BBA House.

Performances
During the kickoff show, there were performance from South African urban contemporary dancers and Somalian/Canadian musician K’Naan. You can view K’Naan’s performance below:

Past Winners
Big Brother cameras caught up with past winners and here is what they are up to:
BBA1 Winner – Cherise Makubale: Cherise got married in October 2008 and is now based in London UK with her spouse. She is still involved in charitable ventures in Zambia

BBA2 Winner – Richard Bezuidenhout: Despite his trifling ways while on BBA2, Richard is still married to his wife, Ricki – they have welcomed a new addition to their family – Joshua. He has also established his film company in Tanzania. 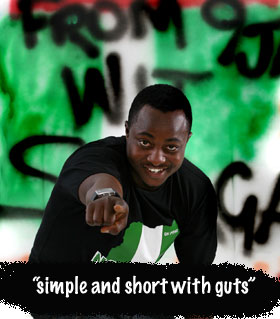 Age 27
Country Nigeria
Hometown Jos
Occupation Entertainer
Biography 27- year- old entertainer Kevin has a BA in English Language and has 7 siblings. He’s proud to be Nigerian because Nigerians stand out and survive any situation – “which is why you’ll find a Nigerian almost anywhere. ” A Manchester United fan whose hobbies include rapping, Kevin would like travel to Hollywood to see a movie in the making there. If he wins Big Brother Revolution, Kevin will spend his money on creating an entertainment empire and will share some of it with friends and family who have stood by him.

All the BB Revolution Housemates

The Twins Twist
The final housemate, the 33 year old Namibian, Edward arrives on stage seemingly to end a very eventful launch show. At this point, 11 housemates have entered the house and there are no women in sight. Just when Biggie’s bag of surprises appears to have come to an end, a second Edward enters the stage leaving the crowd shocked.
“Am I seeing double, what’s going on?” IK asks.
It would seem Big Brother had one more surprise for the fans. The second Edward is in fact his twin brother, Erastus who will also be playing the game, but in rotation. One of the twins will be isolated at a secret place. He will have no communication with the outside world, and every now and then, they’ll swap places. They need to keep this up for four weeks. If, during that time one gets evicted, they both go.
Housemates are not supposed to notice the swop-over and if another Housemate works it out, he should be sworn to secrecy. The twins can co-opt up to 3 housemates, but if a 4th housemate finds out, it is game over, and the twins both play as one. They get nominated as one and evicted as one! If they pull the wool over the Housemates’ eyes for the full four weeks, then they get to play for the $200,000 as individual Housemates.

No Ladies
There are currently no females in the house. Apparently, they will enter the house by the weekend.

So that’s it folks – BBA Revolution 101. You can follow all the action on DSTV and via the Big Brother Africa website

About to BLOW! Which Hennessy Artistry artiste will come out on TOP?