About to BLOW! Which Hennessy Artistry artiste will come out on TOP?

Last week, we introduced Hennessy Artistry’s 2009 Nigerian Campaign – Click HERE to read the post. An urban music competition featuring  5 uber-talented artistes who are on the cusp of stardom plus there is a twist, the artistes will not be going at this alone – they will be supported by an established producer who has worked closely with them.

The artistes will battle in a series of club gigs and then the winner will be announced at the grand finale on the 25th of September 2009. The artistes are Bez (for Cobhams), Ice Prince (for Jesse Jagz), Mo’Cheddah (for Knighthouse), Jimmy Flames (for Dr. Frabz) and Blaise (for Mr. Daz). And guess what? The headliner is none other than Mr. Incredible – MI. So that is sure to be a banger! 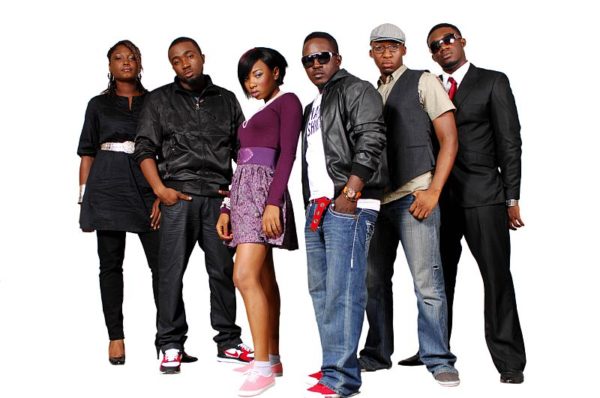 The Contestant: Bez
Born Emmanuel Bezhiwa Idakula, in Jos, Nigeria, ‘Bez’ grew up as a musical child, absorbing every bit of music around him and transmitting it through his beloved instrument – the guitar. He pursued an undeniable passion for music in college, and honed his guitar skills day by day to produce one of the most remarkable playing styles.
Tagged as “the next big thing” by the Guardian and Thisday newspapers in 2008, his style can be described as a hybrid of jazz, soul, and world music – a really eclectic sound he terms ‘alternative soul’. Though different from the ever-popular ‘afro hip-hop’ genre, Bez believes the quality of his music will carve a niche for itself and take him to greater heights.

The Contestant: Mo’Cheddah
Modupe-Oreoluwa “Mo’Cheddah” Oyeyemi Ola describes herself as a “new-age African woman”. Already labeled by some as the hottest female artiste in a long time, her versatility in both rapping and singing have earned her the titles ‘The Hip-Pop Princess’ and ‘The Swagger Diamond’. Mo, who grew up in Lagos, began working toward a career as a rap artiste at the tender age of 12. After the passing of her supportive beloved father when she was age 15, she committed herself to a demanding double life as both a Creative Arts student at the University of Lagos and a hip-hop artiste. Mo has since gone from strength to strength, recording tracks with heavyweights like M.I., Saucekid, Kel, Tha Suspect and many more on Vol.1 of the Knighthouse Street Scriptures Album in 2008 – a laudable feat for an 18 year old.
Mo is currently putting the finishing touches to her debut album, which will be released later in 2009. The album is being produced by Knighthouse, who first met and nurtured Mo when she was aged 12, and will include beats from prolific producers like Dr. Frabs, X-O and Jesse Jagz, as well as collaborations with M.I., Terry tha Rapman and more.

The Producer: Knighthouse
Knighthouse is the brainchild of a dynamic trio of high impact creative individuals – Aderogba ‘Rogba’ Arimoro, Lanre ‘Sabre’ Oladimeji and Temitope ‘Othello’ Gomez. Together they established Knighthouse in October 2006, driven by the desire and hunger to change the face of music production in their environment. Voted ‘Team of the Year’ at the 2009 Future Awards, Knighthouse forms strategic partnerships with independent young people of various talents. The team has produced songs for a range of artistes including Terry Da Rapman, Kel, Mode 9, Ill Bliss, Rooftop MCs, and KB of the Trybesmen, and is now working on The Knighthouse Street Scriptures project.

The Contestant: Blaise
Obafunke “Blaise” Martin-Luther is a rapper, lyricist, composer, spoken word poet and even a producer in her own right. With musical influences spanning from Queen Latifah, A Tribe Called Quest and Tupac Shakur, to Bob Marley and Fela Kuti, it’s no wonder that this young woman has earned the aliases ‘The Scorcher’ and ‘The Torch Bearer’. A meeting with Eldee, front man of the hip-hop group, The Trybesmen, in 2002, proved to be a turning point for Blaise who was included later in the same year as part of the ‘Da Trybe’ collective on the hit single “Oya”. Soon afterwards her singles, “The Definition” and “Bragging Rights” (a collabo with former Da Trybe mate, Freestyle), earned top spots on several radio stations across the country, leading to a number of Hip Hop World Awards nominations for the young artiste. Blaise has composed and produced music for television and theatre productions, and also featured in MTV Base’s Advance Warning in 2008.
Her next move is the release of her album ‘Delivery Report’ which features herself, Cobhams and Jonah the Monarch on production, and a collaboration with M.I. The album will be released on her label – The Beat Cellar.

The Producer: Mr. Daz
Mr. Daz is the force behind the record and production company, Nuverge, which has its roots in a range of genres including hip-hop, R&B and classical music. His collaboration with the artiste Faze on “Tattoo Girls” led to a series of other dazzling productions for top Nigerian artistes, most notably “Collabo” by Deebee. Immersed in music from as early as 16 when he performed with the gospel hip-hop band ‘AFXC’, Mr. Daz is a trained musical theorist and sound engineer – and one with a long-running career as a classical chorister to his credit. Mr Daz has produced hit records for a variety of artists including Ecetera, Slam, Terry tha Rapman, Ruffman, Ego, Blaise, Illbliz, Nyore, Ksho and many more.
_________________________________________________________________

Jimmy (a.k.a Damola Sonupe) is the premier artist on the label – N’sayne Entertainment – run by Dokta Frabz. He has lived in Nigeria, Ireland and Guyana in the Caribbean, where he performed with rock groups and at talent shows, worked as a TV presenter and radio host, whilst also honing his rap skills. His experiences in the Caribbean and Europe, he feels, bring something new to the Nigerian music scene and make him more versatile – especially when combined with the stellar production of his long-time friend Dokta Frabz. Jimmy’s depth and range as an artist is reflected in the spectrum of genres present on his debut album – rap/hip-hop, Afro hip-hop, dancehall and rock.

The Producer: Dokta Frabz
Dokta Frabz’s philosophy in life is “If you can’t be good, then be bad”. Funny, adventurous and dexterous, he is known for a versatility in production that allows him to switch genres with ease, between styles of music of his choosing. Frabz grew up listening to Timbaland, Dr Dre and Dark Child but firmly believes in the indigenous music industry here in Nigeria. He runs N’sayne Entertainment and is excited about Jimmy Flames who he describes as vibrant, talented and diligent. The line-up of artistes he has worked with include Durella, Weird MC, Shank, D’banj and Kween.
_________________________________________________________________ 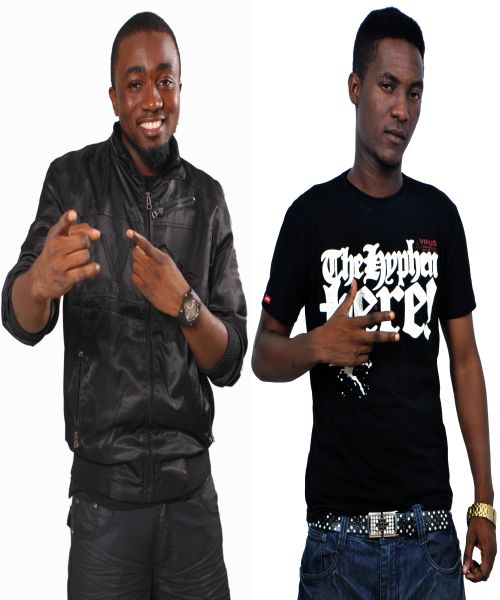 The Contestant: Ice Prince
Ice Prince has been described as the “Crown Prince of Hip-Hop”. The lyricist and Jos-native (born Panshak Zamani), cites his musical influences as Nigerian artistes M.I. and Jesse Jagz alongside Notorious B.I.G, Rakim, Jay-Z, Common, Talib Kweli and Kanye West. In 2004 his debut single, ‘Extraordinary’, hit the airwaves in Jos, propelling him to instant fame in the city. Prior to that, his deft lyrical delivery on M.I.’s hit single, ‘Blaze’, also featuring Jesse Jagz, earned him the nickname “the lyrical miracle”. He has since collaborated with other artists like Dekunle Fuji, Banky W, Kel, Gino, Terry Tha Rapman, Sauce Kid, Djinee, El Dee and Naeto C. Ice Prince has performed at the Hip Hop World Awards, Rhythm Unplugged and Thisday International Music and Fashion Festival among others. His debut album, on the award-winning Chocolate City Music label, is due for release in early 2010.

The Producer: Jesse Jagz
Jesse Jagz has gone from playing the drums at age 7, forming dance groups and gospel groups, to becoming a multi-award winning producer and well-respected artiste in his own right. His production credits include M.I., Mode9, Banky W, Majek Fashek, Ruby, Ice Prince, Faze, Djinee, Kel, Shank, Tosin Martins, Sasha and a host of others. Jesse has represented Nigeria at leading international music festivals, and has opened phenomenal shows for the likes of Jay Z, Rihanna, Usher and Beenie Sigel. Past solo hit singles include Bend Down Low, Sugar Cane Baby and The Greatest, while his newest singles Wetin De and Pump It Up are currently topping charts across the country.
_________________________________________________________________
Tomorrow, we will upload the entire ‘mixtape’ featuring a compilation from all the artistes.

So any early faves? Who are you rooting for….