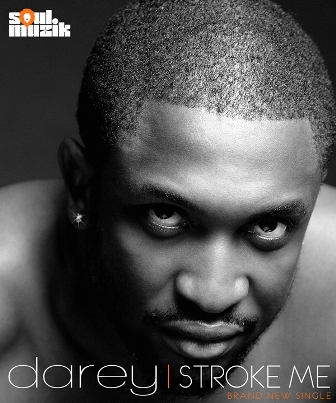 Its been a roller-coaster ride for Darey in 2009. He reinvented himself from Dare Art-Alade to international soul musician Darey. Released a slew of high budget videos and won a bunch of awards.
Some questioned it, some hated it and many loved it.
Now Darey is preparing for new onslaught in 2010. He will be releasing his 3rd album as well as officially launching himself in the international market.

Darey has just released the first single from third album. The song is entitled ‘Stroke Me‘. The song is produced by Don Jazzy with support from Soul Muzik duo of Del B and Password.

Listen to Darey – Stroke Me
[audio:https://www.bellanaija.com/wp-content/uploads/2009/12/Stroke-me.mp3]