The Women in the World Summit —an extraordinary three-day session in which some of the most powerful women on the planet met to discuss global challenges and propose solutions, in a stirring call to arms.
Africa was well represented at the event with Nigerian actress, Stephanie Okereke acting in a special showing of the play – Seven. Oscar winner Streep read the role of Irish activist Inez McCormack. Other actresses featured inlcuded Shohreh Aghdashloo (The House of Sand and Fog), Tony-nominated Julyana Soelistyo (Golden Child), Lauren Vélez (Dexter), Archie Panjabi (The Good Wife) and Marcia Gay Harden (Pollack).
In the play, Stephanie took on the role of Hafsat Abiola-Costello. Hafsat Abiola is an advocate for human rights and democracy following the murder of her activist parents, founded the Kudirat Initiative for Democracy, which provides skills-training and leadership opportunities for young women across Nigeria. She now helps build bridges between African and Chinese women, as China increases its engagement in the African continent.
There were lots of remarkable, emotional and insightful moments during the events. Outstanding African women from around the continent spoke about their experiences and the roles they are playing in making in change. There were also various discussions that are sure to promote positive action.
See photos from the event below. 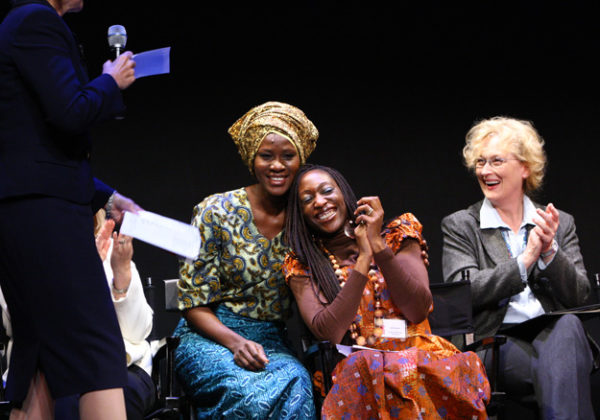 Stephanie Okereke, Hafsat Abiola and Meryl Streep after the reading of the play, Seven 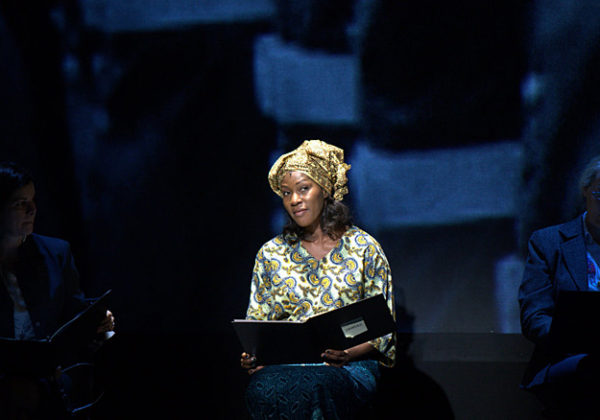 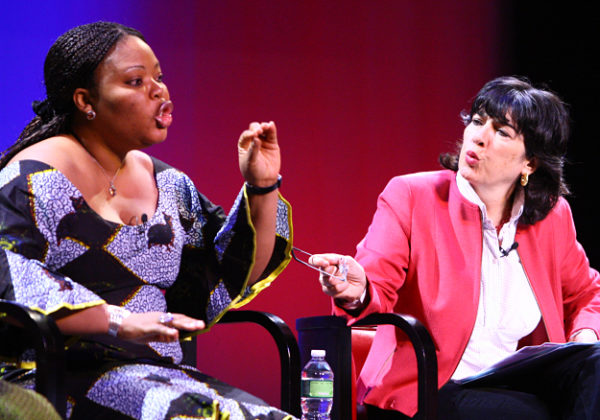 Christiane Amanpour, CNN Chief International Correspondent and Leymah Gbowee, Executive Director, Women Peace and Security Network Africa spoke frankly during the panel on the prevalence of rape in war torn countries. “The most dangerous thing to be in the Congo today is a woman, not a soldier,” said Amanpour, while Gbowee advocated that the U.S. embassy pull out of the nation in order to draw more attention to the problem. 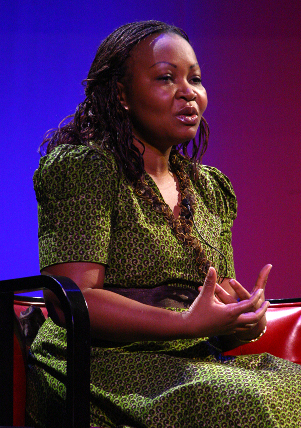 Annie Rashidi-Mulumba discussed the gruesome reality of rape in the Congo, explaining that sexual assault is often conducted in public to increase the humiliation and trauma for the victim. She works as a Consultant on Human Rights for the United Nations in Cameroon, and is a native of the Democratic Republic of Congo. 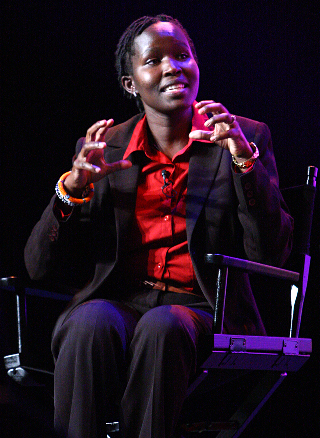 Kakenya Ntaiya, founder of The Kakenya Center for Excellence, joined other activists for a panel moderated by Katie Couric, and discussed her struggles as the first woman from her tribe to attend college. She now runs the Kakenya Center, a boarding school for girls in Kenya. 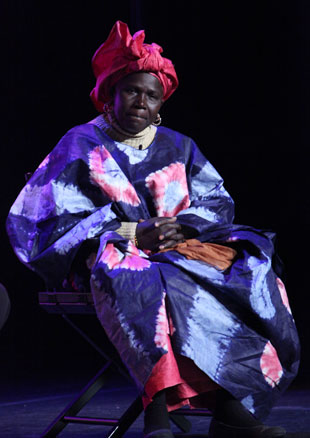 Marietou Diarra, Tostan participant, and human rights activist, tells the story of how her own daughter died because of female genital cutting, which her society refers to as “the tradition.” Diarra has since convinced over 40 villages to end the practice. 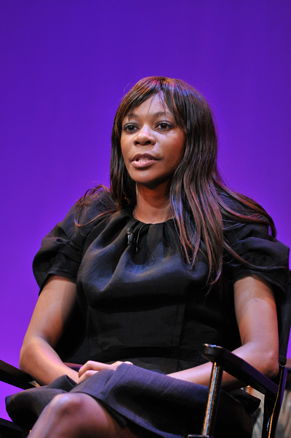 Novogratz talked with Dambisa Moyo, economist and critic of aid to Africa, in a panel moderated by president of the Council on Foreign Relations Richard Haass. Moyo has generated controversy for her position that African countries can build themselves on foreign aid and said, “Not all African leaders are corrupt. Sometimes they are just lazy.”

Photo Credit: The Daily Beast / Women in the World

Marietou Diarra, a Senegalese woman, closed the panel with a powerful story of what her society calls “the tradition.” She spoke in her native language of Wolof, translated by Melching. After a string of tragedies, Diarra’s family and in-laws banded together to reject the procedure. Her entire village followed suit. She eventually helped to convince over 40 neighboring villages—through education and community deliberation—to abandon genital cutting.